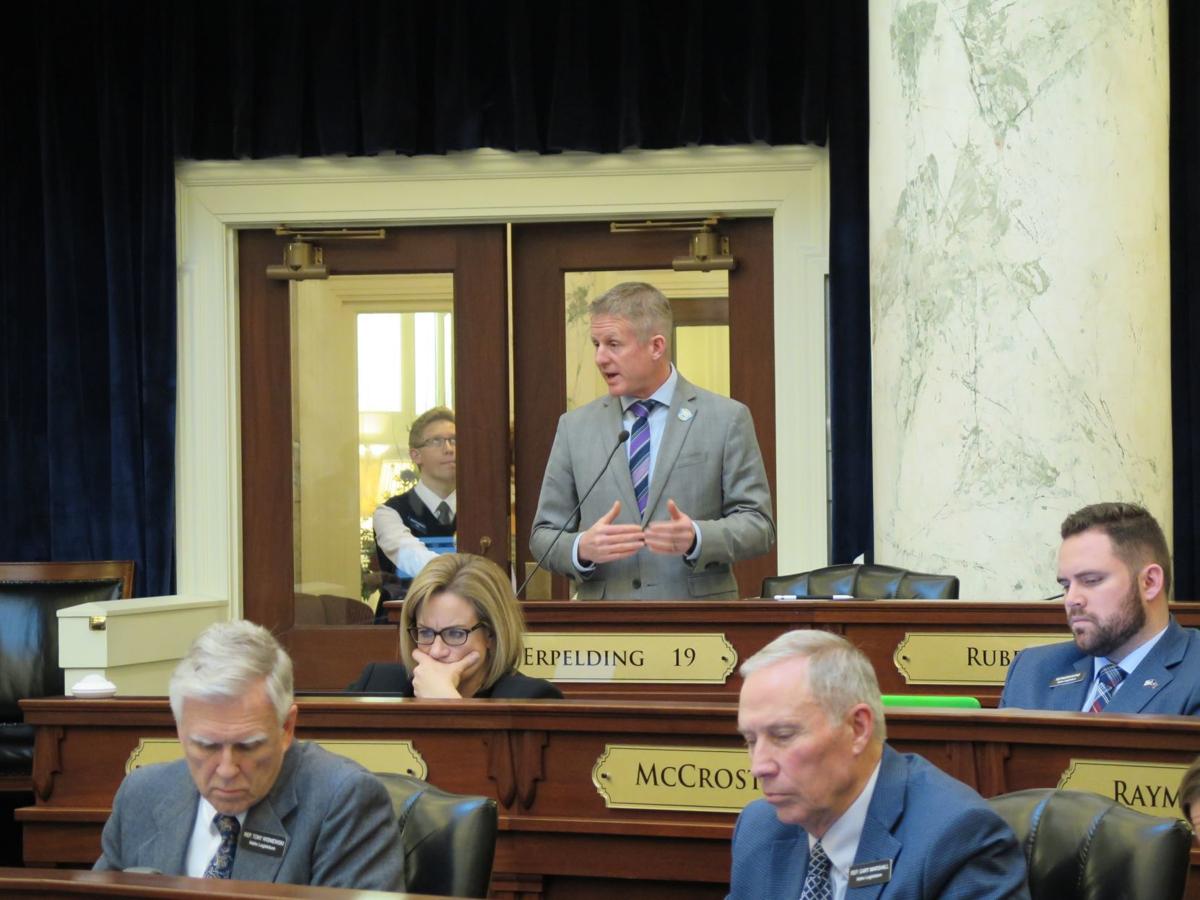 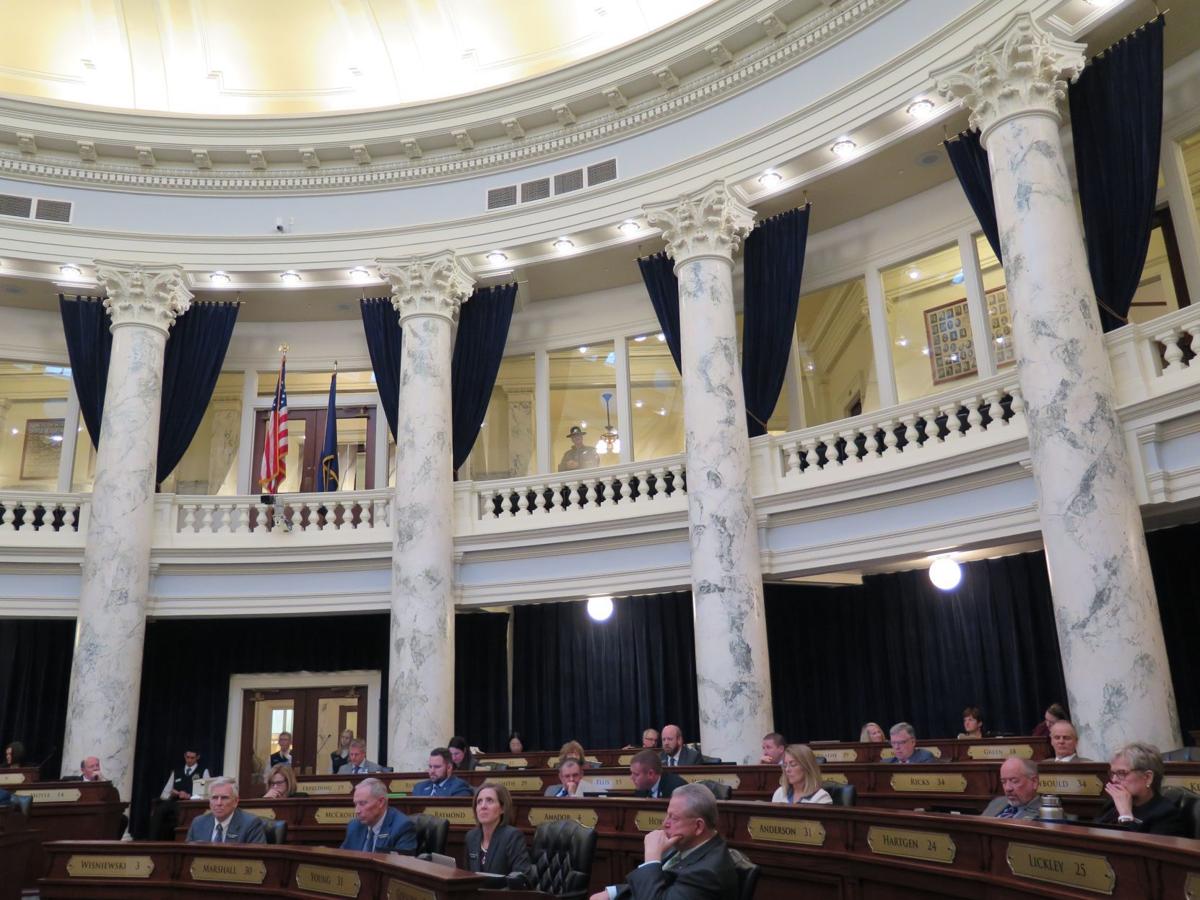 BOISE — A full dozen Idaho House members spoke out in favor of covering first responders’ post-traumatic stress under workers’ compensation on Thursday, as the House passed the bill 59-10 and sent it to the governor’s desk.

As lawmakers debated, the House’s public gallery was filled with Idaho firefighters, watching closely and silently.

Under current law, there’s no coverage unless a first responder with post-traumatic stress also suffers an accompanying physical injury, like “a back injury or an ankle injury,” House Minority Leader Mat Erpelding, D-Boise, the lead sponsor of SB 1028, told the House. “This bill seeks to fix that.”

Rep. Thyra Stevenson, R-Lewiston, told the House she worried the bill would be an “unfunded mandate” for Idaho cities.

Rep. James Holtzclaw, R-Meridian, countered, “The mayors that I spoke with, they appreciate this bill because they see it as an investment, they see it as the workers are getting the help they need where they can get back on the job. They spend tens of thousands of dollars training the EMS workers, so we want to keep the workers on the job to cost the cities less money. There is no impact to the general fund.”

Holtzclaw, co-sponsor of the bill, said, “We ask these guys to come help us in our darkest, desperate time, to protect our family, to protect our property, to save our lives. And let me tell you, I want my EMS workers saving my life to be firing on all cylinders and ready to do their job.”

Erpelding noted that the bill includes a four-year “sunset clause,” meaning it would expire unless lawmakers extend it, so the Legislature can take action if costs are higher than expected to the workers’ compensation program. But he said he expects they’ll likely be “de minimis.”

Post-traumatic stress injury originally was known as “shell shock” in World War I and World War II, Erpelding told the House; after the Vietnam War, it was listed in official psychiatric manuals as post-traumatic stress disorder. “Over time, they realized it was not a disorder,” Erpelding said. “It is an injury caused by an external trauma. … PTSI is a highly, highly treatable injury.”

Yet, he noted, “Over the last five years, more first responders have taken their lives by suicide than have been killed in the line of duty.”

Rep. Brooke Green, D-Boise, whose husband is an Ada County sheriff’s deputy, said, “They can’t unsee it, they can’t unfeel it, and they cannot unsmell it. … These men and women, they don’t seek help easily, they don’t admit when there’s something wrong, but if they do, we really need to listen to them.”

House Majority Leader Mike Moyle, R-Star, said as a former volunteer firefighter, “This one haunts me.” He said while he was convinced the bill would pass, he’d vote against it because he thought it needed to do more to protect the public in cases in which first responders are suffering from trauma.

Rep. Steve Berch, D-Boise, said, “What haunts me is the message we’ll be sending if we don’t pass this bill.”

Rep. Jake Ellis, D-Boise, a retired battalion chief for the Boise Fire Department, said, “They have a duty to respond. When they get there, they have a duty to react. When they’re injured, it’s in the line of duty. It’s nonsensical that this injury, the mental challenge that is being caused because of what they see, has to follow with a physical injury.”

Also speaking in support of the bill was Rep. John Green, R-Post Falls, who said, “First responders are more and more today dealing with the messes of society that we leave for them because of our interaction with each other. … We have a duty to them to make sure that they’re covered for these kinds of issues.”