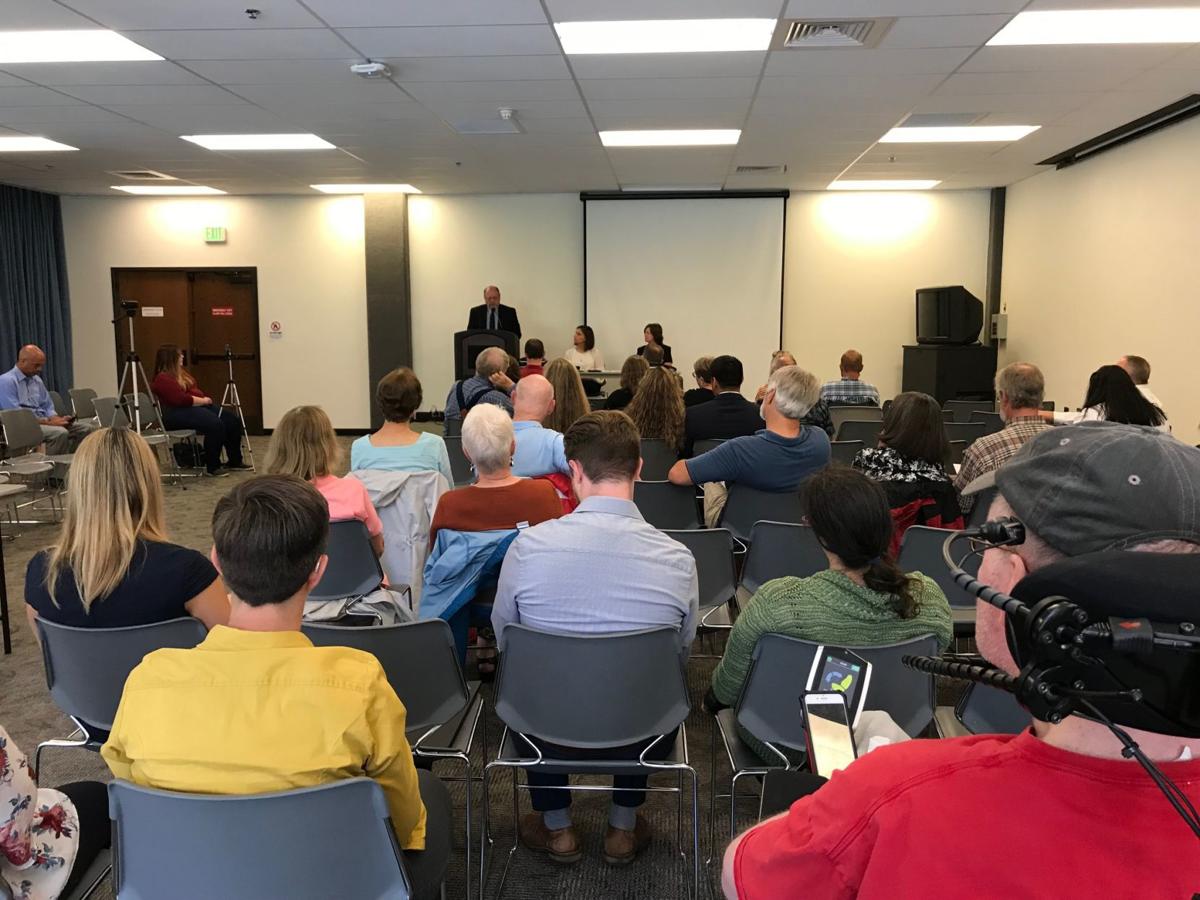 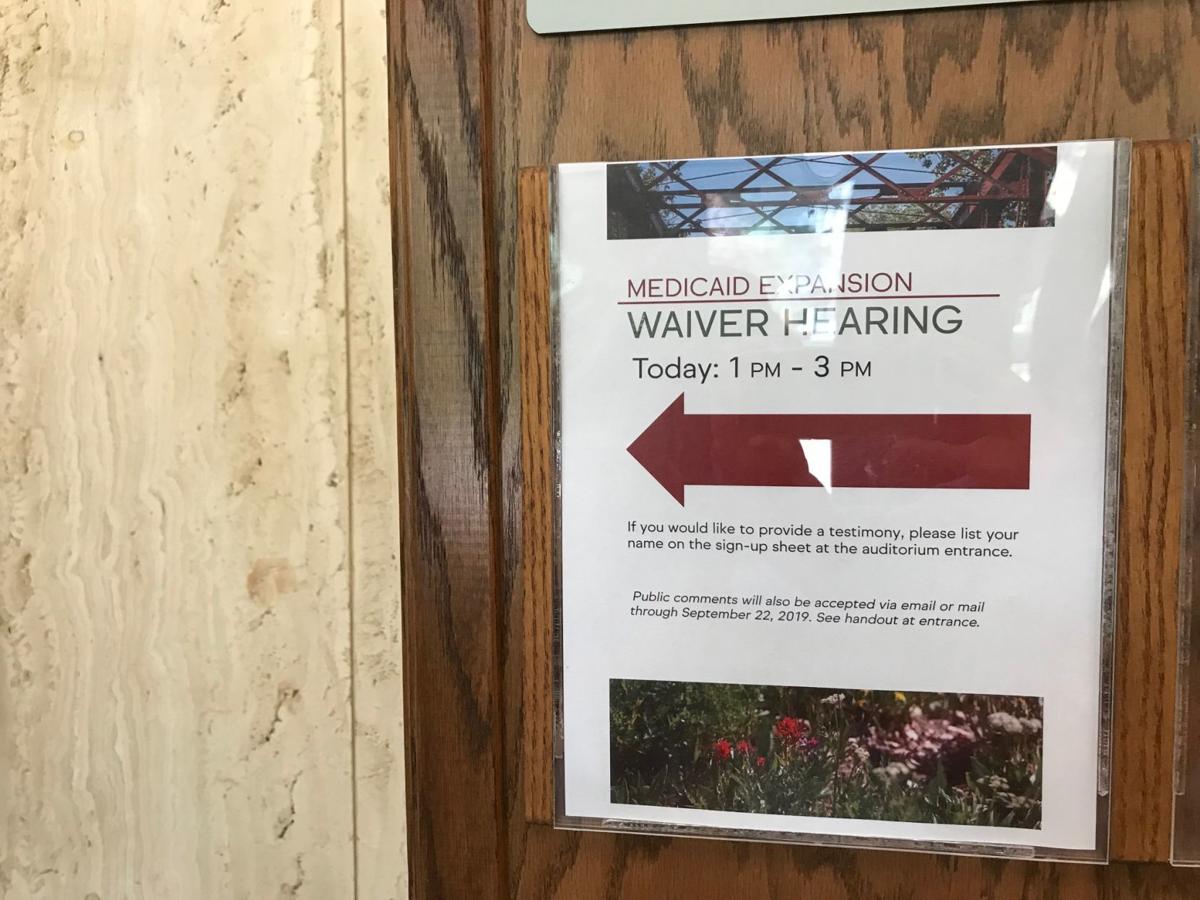 BOISE — Thirty-four people testified at a public hearing Friday on Idaho’s proposal to impose monthly work reporting requirements on people who qualify for the voter-approved expansion of Medicaid — all unanimously opposing it.

“It’s the job of the Legislature to implement the will of the people, not to thwart it,” said Rep. Steve Berch, D-Boise. “These requirements are not what the people voted for when they enacted Medicaid expansion last November.”

Lawmakers resisted taking any action on whether to expand Medicaid under the Affordable Care Act for six years, giving up federal funding that started at 100% of the costs. Voters enacted the expansion by initiative in November, with 90% federal funding; it takes effect Jan. 1.

This year’s Legislature attached a series of restrictions to the voter-approved program, which require a series of waiver requests from federal rules. The Trump administration already has rejected one waiver application, to give a portion of the newly eligible population the option of private insurance through the exchange.

Friday’s hearing, like an earlier one on Tuesday, focused on a waiver saying recipients must prove monthly that they’re working at least 20 hours per week or fall under specified exemptions, or lose their coverage. It’s among the most controversial conditions lawmakers attached to the program; similar work reporting requirements in Arkansas resulted in thousands of working people losing their coverage because they hadn’t met paperwork filing requirements. A federal judge has now voided the requirements in Arkansas and two other states.

At Friday’s hearing, some people spoke emotionally of their own personal health issues. Others talked of the vulnerable people they work with, and how they’d be affected if the reporting rules cost them their health coverage. Experts pointed to serious technical concerns about how the reporting system would work. Repeatedly, speakers warned that tens of thousands of Idahoans would lose coverage under the rule, endangering their ability to work.

“You must be healthy in order to work and keep a job,” Gail Kirkpatrick of Boise said. “I just don’t get it. Idaho as a state claims to stand for less government and saving money. And yet they want to add an expensive reporting system and add bureaucracy.”

Others spoke of their many hours of volunteer work on Proposition 2, the successful Medicaid expansion initiative, and their joy when it passed — followed by their disappointment when state lawmakers attached restrictions, including this one, to the program.

“I just wonder why we are here,” said Patti Raino of Boise. “Why do we have to be here once again? It makes me very angry as an Idaho citizen.”

Idaho Department of Health and Welfare officials said they will continue to accept written public comments on the waiver application through Sept. 22. They may be sent by email to 1115.comments@dhw.idaho.gov, or mailed to Cindy Brock, Medicaid Program Policy Analyst, Division of Medicaid, P.O. Box 83720, Boise ID 83720-0009.At the earlier hearing, testimony overwhelmingly was against the proposal, with 27 people speaking against it and just three in favor. Those in favor included Rep. John Vander Woude, R-Nampa, its lead legislative sponsor.

On Friday, speakers raised concerns about impacts on Idahoans with disabilities; on rural residents who lack internet access to file reports; on Idaho’s many seasonal workers; and on part-time workers who have no control over how many hours their employers assign them from one week to the next.

Dr. Andrea Christopher said, “We should consider how we can support work promotion, not just punitive consequences for people unable to find work.”

Christina Cernansky, executive director of NAMI (National Alliance on Mental Illness) of the Wood River Valley, said, “People need their health to work. And therefore, this waiver works against its own intent, to have all able-bodied people working.”

Idaho Department of Health and Welfare officials said they will continue to accept written public comments on the waiver application through Sept. 22. They may be sent by email to 1115.comments@dhw.idaho.gov, or mailed to Cindy Brock, Medicaid Program Policy Analyst, Division of Medicaid, P.O. Box 83720, Boise ID 83720-0009.