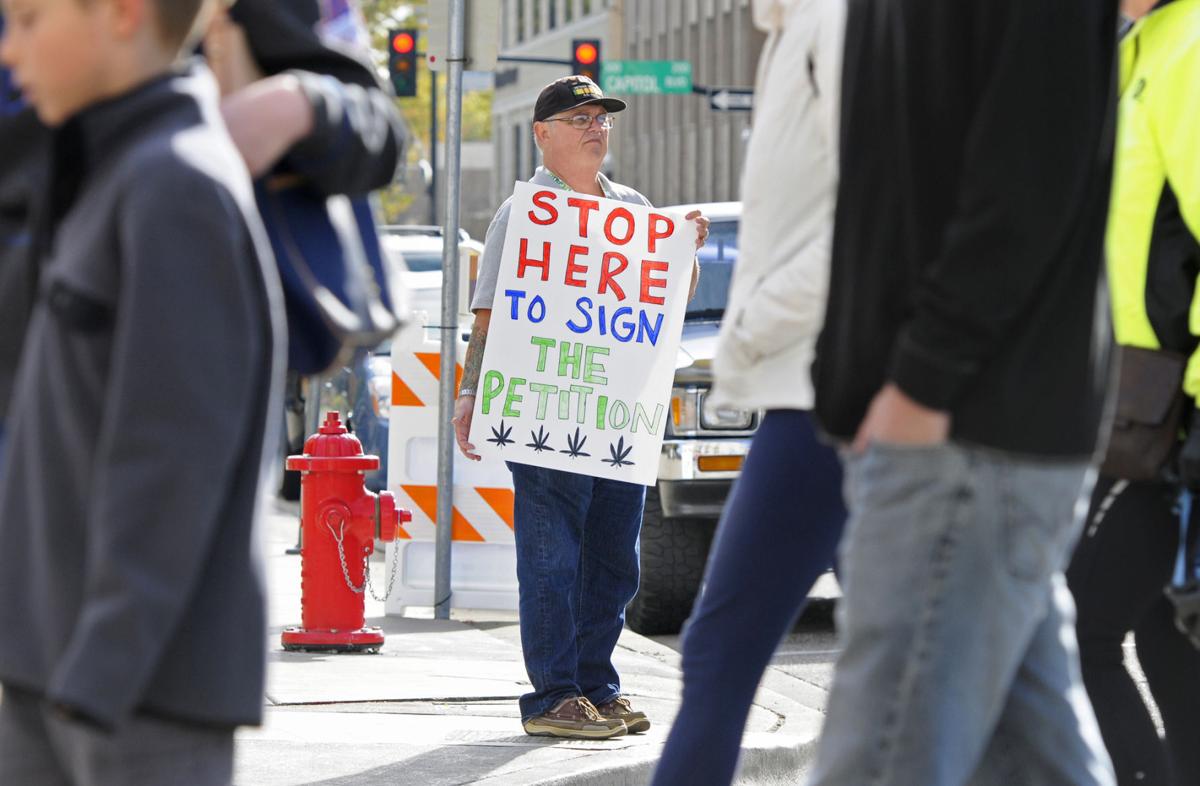 FILE — Dave Davis, president of New Approach Idaho in this photo from Oct. 24, 2015, holds up a sign at the Capital City Market encouraging people to sign a petition to get medical marijuana legalized in Idaho. 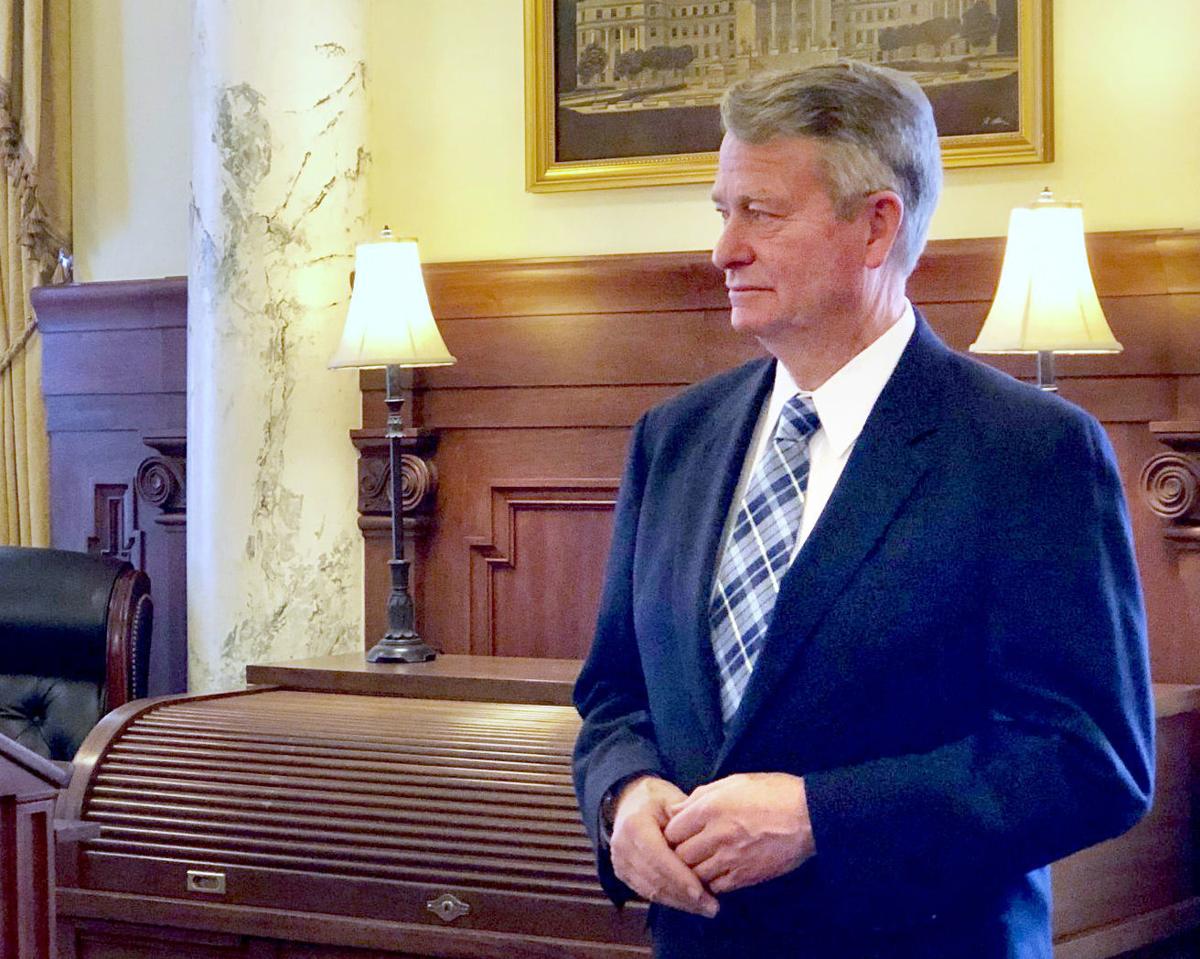 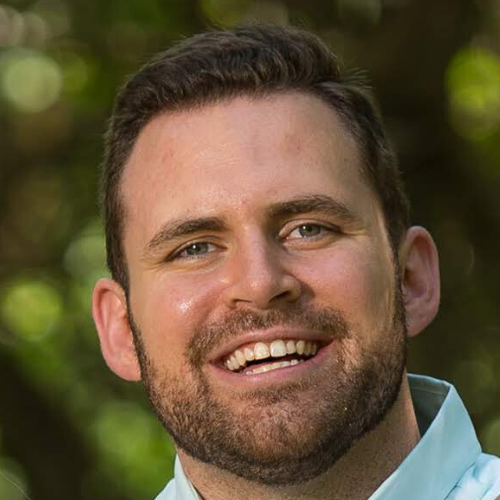 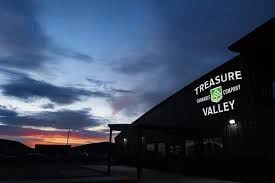 FILE — Dave Davis, president of New Approach Idaho in this photo from Oct. 24, 2015, holds up a sign at the Capital City Market encouraging people to sign a petition to get medical marijuana legalized in Idaho.

“The office is still evaluating the constitutionality,” said Marissa Morrison Hyer, Little’s press secretary. “That is a consideration he’ll be making in evaluating that bill.”

The bill, SB 1150a, was aimed at preventing advocates for an Idaho medical marijuana initiative from gathering petition signatures in the parking lots of nearby legal pot shops across the border in Ontario, Oregon. But it ran into trouble in the House because members there pointed out that by allowing signatures on initiative petitions only from those physically in Idaho at the time, it was removing initiative petition-signing rights from deployed Idaho military members stationed overseas or out of state.

Rep. Brent Crane, R-Nampa, the bill’s lead sponsor, pulled it just as it was poised to be killed on the floor of the House, and instead had it amended to add narrow new exemptions for deployed military members or Idahoans on out-of-state religious missions. It then passed both houses and went to the governor.

But a May 6 legal opinion authored by Deputy Attorney General Robert A. Berry, who has been the key attorney defending Idaho’s initiative laws in court in the past year and a half, concludes the bill likely would be found unconstitutional, “because it likely discriminates against an identifiable class of voters without sufficient justification.”

That class of voters: Any other Idahoans who are out of state at the time they want to sign an initiative petition.

Rep. Colin Nash, D-Boise, who requested the Attorney General’s opinion, said, “Your constitutional right to sign a ballot initiative is not suspended at the Oregon border, no more than your right to vote is suspended when you leave the state but intend to remain a resident.” That’s why we have absentee ballots, he noted.

Nash, an attorney, said, “An example of the provision that we put in there in the amendment was active-duty military that are deployed. Well, what about their family members that are stationed abroad with them but are still residents of Idaho? I feel like they have no less of an interest in signing a ballot initiative than their spouse who might be a service member. Not to mention students or anyone else who has a constitutional right to sign that ballot initiative. We gave them that, and we need to defend that right.”

The Idaho Constitution has guaranteed Idahoans the rights to initiative and referendum since 1912.

“The Attorney General’s office knows this is unconstitutional,” Nash said. “It smells unconstitutional. I’d like to see the governor uphold his oath to the Constitution and veto it. It’s an easy one. I think other questions around ballot initiatives are probably less black and white, but this one is clear.”

Complicating the matter is that it’s not even clear when the governor’s deadline is to sign the bill into law, veto it, or allow it to become law without his signature by doing nothing as the deadline passes. When the Legislature is in session, the governor has five days to take action on a bill after it’s delivered to his office. When lawmakers have adjourned for the year, he has 10 days.

This year, the Senate has adjourned for the year, but the House has recessed indefinitely — raising questions about the current status of the session, and which deadline applies. If it’s the five-day one, Little’s deadline would be Tuesday at 7:12 p.m.

“They are still evaluating SB 1150a about the deadline,” Morrison Hyer said Monday afternoon. “The governor has not acted on it yet. And it is the last one — everything else has been signed.”

Berry’s legal opinion says under the bill, “Voters who are otherwise ‘qualified electors’ or ‘legal voters’ and who could vote absentee, would be denied the ability to participate in the initiative process.” He notes that when a state grants such a constitutional right to its citizens, “it subjects itself to the requirements of the Equal Protection Clause” of the U.S. Constitution. “Laws governing the process may not engage in impermissible vote dilution nor may they discriminate against an identifiable class of voters.”

“While the amendment does include service members and missionaries, it fails to account for out-of-state students or others who are temporarily out of state who have the intent to remain residents of the state of Idaho and wish to participate in the initiative process,” Berry wrote. “There also does not seem to be a good reason for including service members and missionaries among those who can participate in the initiative process out of state, but not these other groups.”

House Minority Leader Ilana Rubel, D-Boise, also an attorney, said, “I agree. I think it’s completely unconstitutional. But that hasn’t stopped him from signing things in the past. And frankly, this is, I think, an unconstitutional assault on ballot initiative rights, but so was SB 1110, and he happily signed that.”

SB 1110 sharply increased the hurdles to qualify any future initiative or referendum for the Idaho ballot. It’s currently being challenged in two lawsuits filed directly with the Idaho Supreme Court, both contending the bill unconstitutionally does away with Idahoans’ rights to the initiative, in which voters propose laws on their own, independent of the Legislature; and referendum, in which voters can overturn a law that lawmakers have passed.

“I don’t know how optimistic I am on him heeding that warning, but I sure hope he does,” Rubel said of the governor, “because it would be nice to have one less thing that everyone has to litigate about in terms of attacks on ballot initiative rights.”