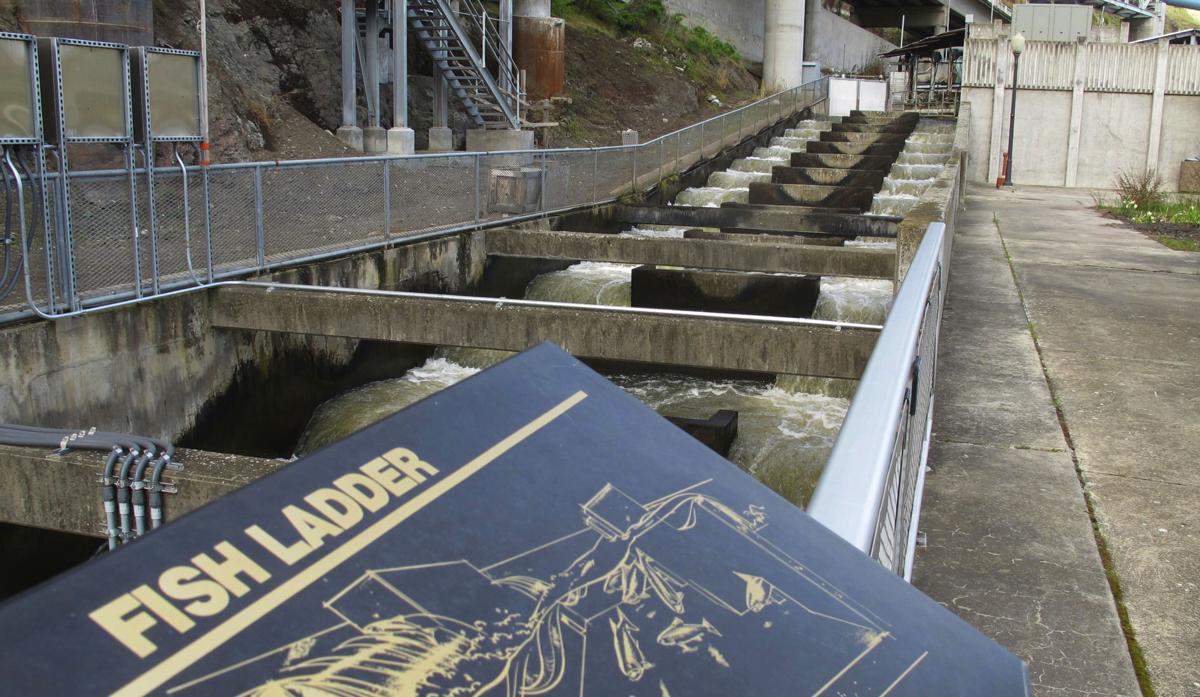 In this April 11, 2018, file photo, water flows through a fish ladder designed to help migrating fish swim through the Lower Granite Dam on the Snake River near Almota, Wash. An Environmental Protection Agency report made public Tuesday said dams on the Snake and Columbia rivers play a role in raising water temperatures above 68 degrees Fahrenheit, which is the point at which the water becomes harmful to salmon and steelhead. 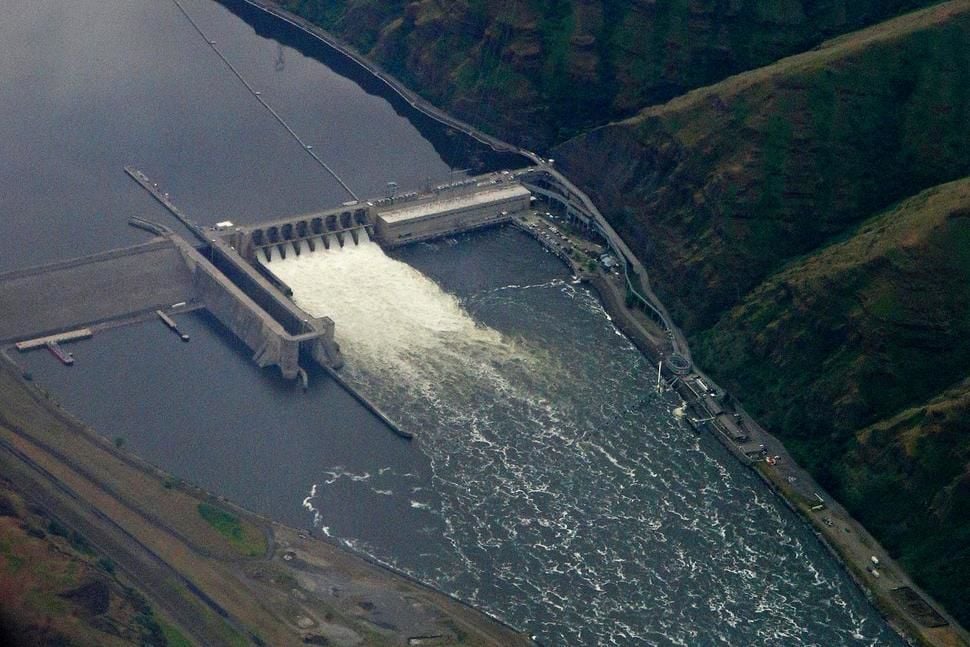 In this April 11, 2018, file photo, water flows through a fish ladder designed to help migrating fish swim through the Lower Granite Dam on the Snake River near Almota, Wash. An Environmental Protection Agency report made public Tuesday said dams on the Snake and Columbia rivers play a role in raising water temperatures above 68 degrees Fahrenheit, which is the point at which the water becomes harmful to salmon and steelhead.

The expected move that was hailed by dam defenders and pilloried by fish advocates is likely to lead to another round of fish-versus-dams litigation that has heavily influenced salmon recovery efforts for more than two decades.

Chief among the environmental cost of the dams is the toll they take on salmon and steelhead. The concrete barriers slow the migration of Idaho-born salmon and steelhead during their downstream journey to the Pacific Ocean and expose them to physical injury, predators and disease. Likewise, the dams can harm adult fish returning from the ocean by causing river water to reach unhealthy temperatures.

Just as they did in a draft released last February, the federal agencies said breaching the dams would provide endangered sockeye salmon, and threatened steelhead, spring and fall chinook, the best shot at recovery. But the agencies also said breaching would carry steep economic costs by reducing regional hydropower generation and eliminating grain shipping between Lewiston and the Tri-Cities.

Instead, the government selected a plan centered on spilling high volumes of water at the dams during the spring and early summer when juvenile fish are moving downstream. Water will be directed over spillways daily during times of low electricity demand but allowed to run through hydroelectric turbines when prices and demand for electricity are at their highest. The spill speeds travel time for juvenile fish and helps them avoid both turbines and the series of screens and pipes known as fish bypass systems that have been linked to higher mortality rates.

The EIS found the selected strategy, known as flexible spill, may allow some of the listed species to achieve the 2 percent smolt-to-adult survival rates that is required to stop their decline. It would not, however, achieve the average of about 4 percent needed to build fish numbers.

In a related document also released Friday, the National Marine Fisheries Service said the government’s plan that also includes a host of other actions including habitat rehabilitation, predator control, and operation of conservation hatcheries, would not likely “jeopardize the continued existence” of the protected fish. Nor would the plan adversely affect southern resident killer whales. The endangered whales spend much of their time in the Salish Sea and Puget Sound but also feed on chinook near the mouth of the Columbia River.

The EIS was four years in the making and ordered by U.S. District Court Judge Michael Simon, of Portland, Ore., after he found the government’s previous plan did not meet the standard of the Endangered Species Act. It was just one in a long string of court rulings finding the government’s salmon plans insufficient.

“We view restoring the lower Snake River as urgent and overdue,” he said. “To us, the lower Snake River is a living being, and, as stewards, we are compelled to speak the truth on behalf of this life force and the impacts these concrete barriers on the lower Snake have on salmon, steelhead, and lamprey, on a diverse ecosystem, on our Treaty-reserved way of life, and on our people.”

Todd True, an attorney for the environmental law firm EarthJustice, said this latest plan is likely to again face legal challenges. He said it is built upon recent Trump administration regulations that “gut both the Endangered Species Act and the National Environmental Policy Act.”

“The new regulations are already under legal challenge; it seems all but inevitable that this new plan will end up in court too.”

Many salmon advocates are also looking beyond the government’s plan and placing their hopes on a series of regional talks that include both stakeholders and politicians like Rep. Mike Simpson of Idaho’s 2nd Congressional. Simpson is believed to be working on legislation that could include restoring the lower Snake River and also revamping the Northwest Power Act to help the fish and the Bonneville Power Administration that is facing tough market conditions.

“Developing an effective plan that truly meets the needs of people and communities, and salmon and ecosystems will require the urgent, active and creative engagement of Northwest-based stakeholders, sovereigns, policymakers and citizens,” said Joseph Bogaard, executive director of the Seattle-based Save Our Wild Salmon Coalition.

Dam advocates welcomed the nonbreach approach, saying it will preserve a low-carbon source of electricity and also continue to provide farmers with an economical way to get their crops to market.

“We are pleased to see the agencies support a preferred alternative that balances clean hydropower, efficient navigation, and critical water supplies with ongoing salmon recovery efforts,” said Pacific Northwest Waterways Association Executive Director Kristin Meira. “The Columbia and Snake rivers mean many things to many people in our region, and that includes the role they play as a significant transportation network for freight, the cruise industry and much more.”