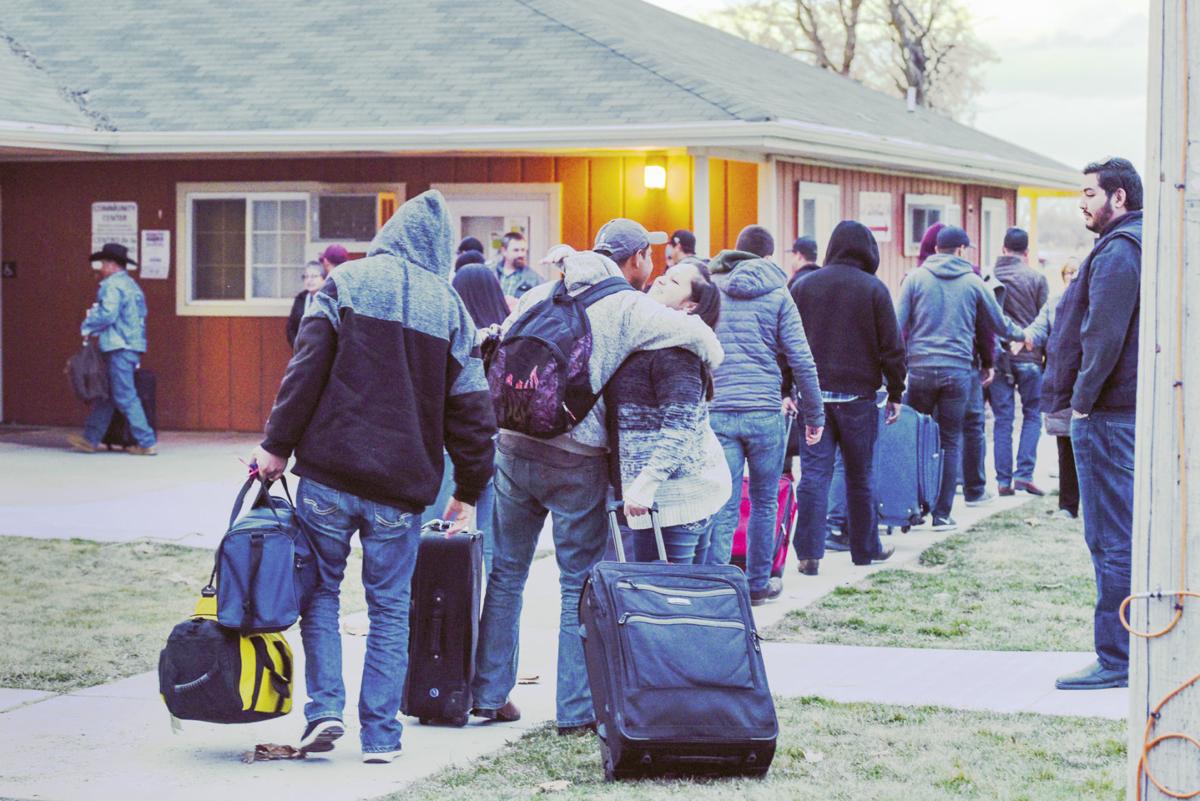 In this file photo from Feb. 17, 2018, H-2A visa participants exit their vans and file in to enter the Community Center at Farmway Village for a orientation and dinner. 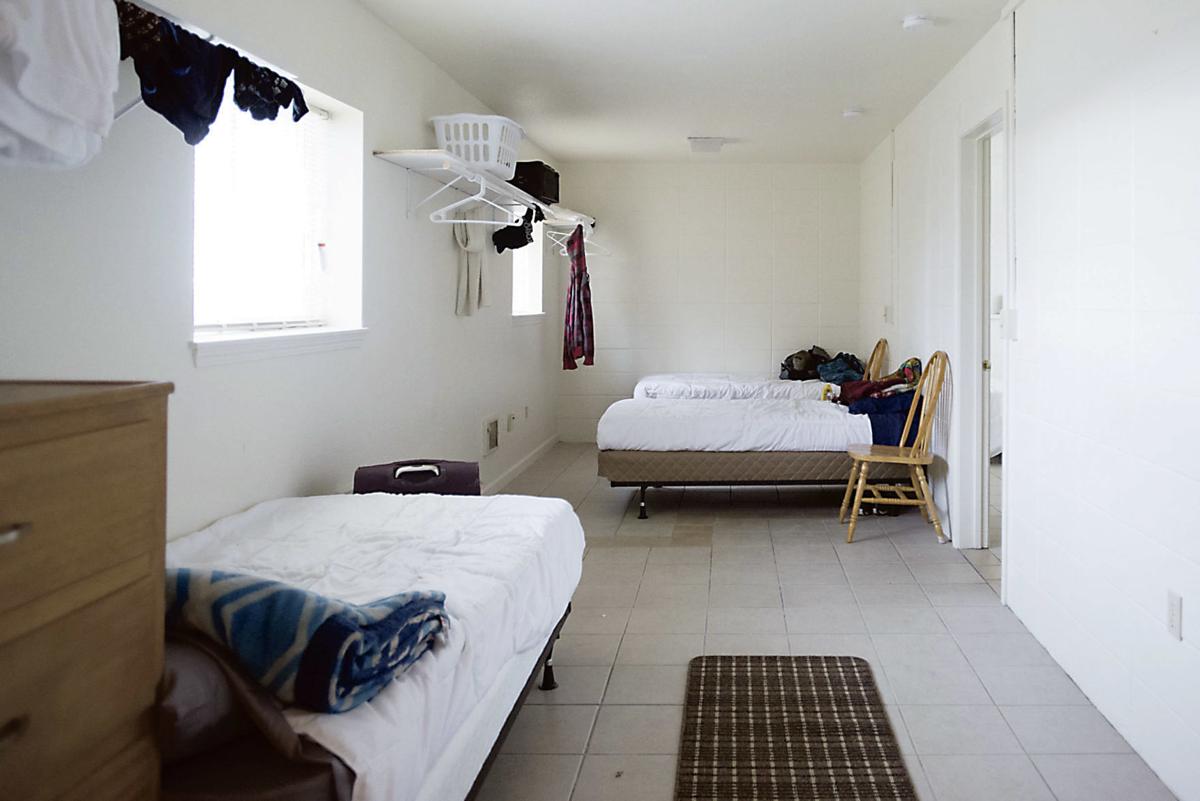 In this file photo from 2018, a room is set up at Farmway Village for H-2A visas participants. 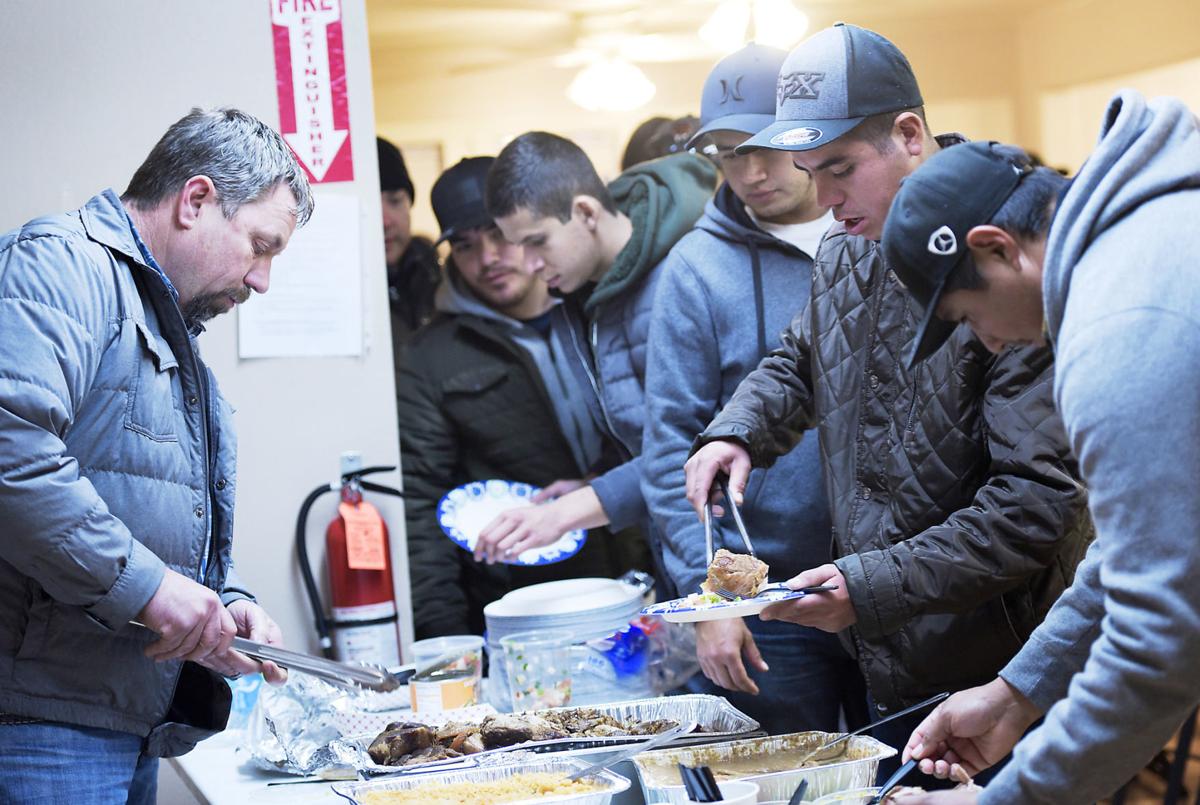 A meal is prepared and served to H-2A visa participants after a few long days of travel from Mexico to Farmway Village in Caldwell, Feb. 17, 2018. 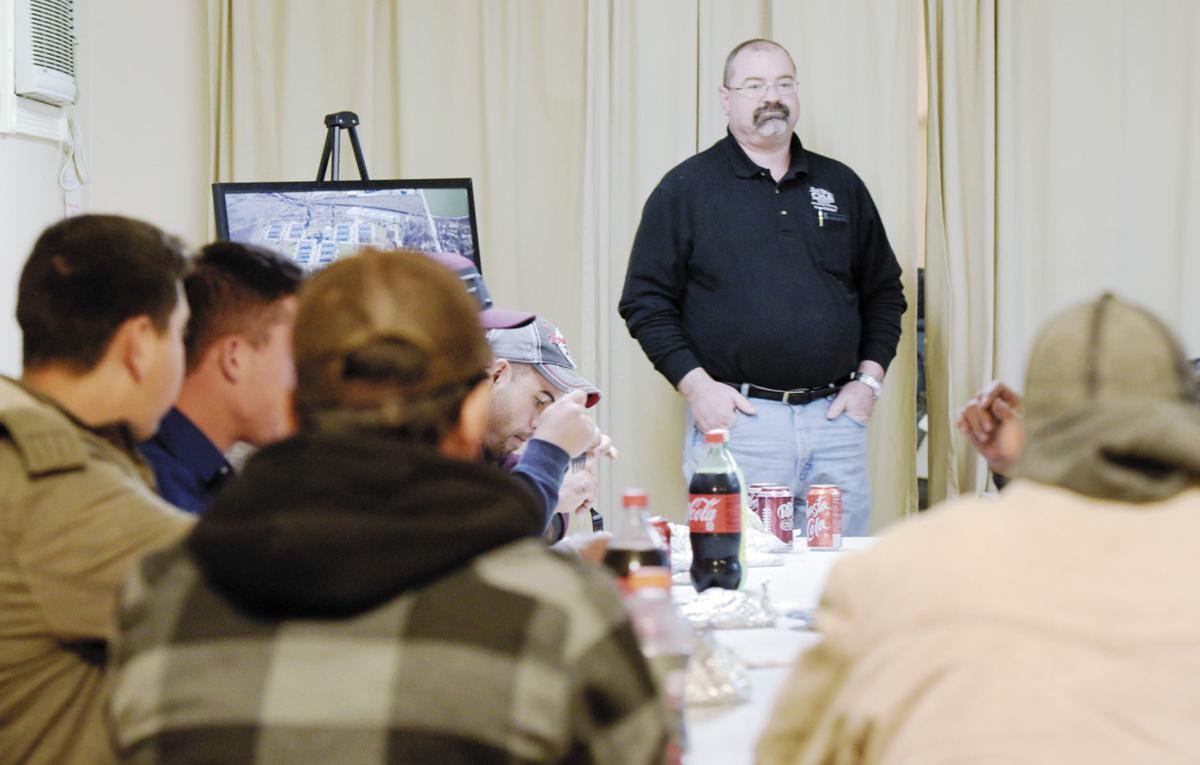 In this file photo from March 2018, Mike Dittenber, executive director of the Caldwell Housing Authority, welcomes the newest additions to Farmway Village who arrived with H-2A visas to work on local farms.

In this file photo from Feb. 17, 2018, H-2A visa participants exit their vans and file in to enter the Community Center at Farmway Village for a orientation and dinner.

In this file photo from 2018, a room is set up at Farmway Village for H-2A visas participants.

A meal is prepared and served to H-2A visa participants after a few long days of travel from Mexico to Farmway Village in Caldwell, Feb. 17, 2018.

In this file photo from March 2018, Mike Dittenber, executive director of the Caldwell Housing Authority, welcomes the newest additions to Farmway Village who arrived with H-2A visas to work on local farms.

CALDWELL — It is never a convenient time for a worldwide epidemic, but for Idaho farmers, mid-March was a devastating time to be hit with the coronavirus outbreak.

“Between March 1 and April 15, our growers bring in 65-70% of their H-2A workers,” said Joel Anderson, executive director of the Snake River Farmers Association, a nonprofit group of agricultural producers that helps members process H-2A applications.

In Canyon County alone, farmers employed roughly 1,100 H-2A workers last year, up from about 30 in 2014, according to the Idaho Department of Labor.

Since the State Department announcement, Anderson said he and others have been scrambling to try to get work visas back on track.

“There was a shock for three days,” Anderson said. “We were on the phone with elected officials and growers, and there was a panic.”

Anderson said it all gets back to the timing of this outbreak.

“Workers need to be planting crops,” he said. “This is ‘go time’ for most of our growers.”

The State Department on Thursday said it is allowing workers with previous work experience in the United States and who do not require in-person interviews to return work in the U.S.

According to the Washington Post, in 2019, 258,000 migrant workers received H-2A visas, the vast majority of whom were from Mexico.

Anderson said this latest development was a relief because most Idaho growers hire returning workers to work on their farms anyway.

“It is a big deal, that was the biggest sigh of relief when the U.S. and Mexico made the announcement that they will intend to keep processing visas,” Anderson said.

Idaho Congressman Mike Simpson, R-District 2, told the Post Register last week that he has been working with the Trump Administration to ensure that the H-2A visa program will continue to function. Keeping Idaho’s agricultural system running, he said, is vital to feeding the country.

The concerns about farmworkers and the coronavirus do not stop once their visa gets processed and they cross the border to head to their workplaces.

Farmworkers are unable to work from home, something employers across the country are pushing their workers to do in order to prevent the spread of the disease. Farmworkers often don’t have the option financially to skip work if they are sick and don’t get paid time off.

In addition to a strict work schedule, Anderson said any foreign or domestic workers who work on a farm will likely live in close proximity to one another. He said they’ll likely be using the same cooking and bathroom facilities.

“What happens when a worker goes into quarantine?” Anderson said. “A lot of employers don’t have options for housing for that. So much of it still has to be addressed.”

To qualify for the H-2A worker program, an employer must provide workers with proper transportation and housing. In Caldwell, that housing requirement is often addressed by the Caldwell Housing Authority’s Farmway Village.

Mike Dittenber, executive director of Caldwell Housing Authority, said Farmway Village will receive about 400 H-2A workers this year. About 200 of those workers are already living in the 250 housing units the village has, Dittenber said.

Farmway Village is managed by the Idaho Department of Labor, which inspects and determines the housing requirements for the units.

The department allows two people in a 100-square-foot bedroom with the beds three feet apart, according to Dittenber.

In addition to the room, Dittenber said farmworkers are bused in groups of 20 to 30 every day to their various work locations.

“There is no social distancing,” he said.

Dittenber said the housing authority also runs a small store in Farmway Village where workers get food and other groceries.

“My dilemma is if I closed store and said no one can buy groceries, how do I feed workers with no cars and no driver’s license?” he said.

Dittenber said he thinks the problem lies in farmers not thinking their workers will contract coronavirus.

“The farmers think most of the farmworkers coming here for these gigs are … 18 to 30 years old, young, healthy, and they are not going to be impacted by coronavirus. But that doesn’t mean they won’t spread it,” Dittenber said. “I just think that is the national attitude now. I think that is the mentality. It hasn’t gotten bad enough for people to say, ‘Let’s address it.’”

For Idaho’s dairy industry, it is business as usual, said Rick Naerebout, CEO of the Idaho Dairymen’s Association.

Naerebout said there haven’t been any disruptions to dairy processing in the state since the coronavirus outbreak, but he did say industry leaders are providing guidance to farmers about what preventative measures to use before an outbreak occurs.

“We are just trying to roll with the punches and figure out how to work through things,” Naerebout said. “Let’s be smart about it, but we are still going to be producing milk every day.”

Irma Morin, CEO of Community Council of Idaho, a nonprofit across Idaho helping farmworkers and their families, said the organization has not heard yet about any farmworkers contracting the coronavirus or showing symptoms. She said her concerns are with a lack of child care options for farmworkers with children out of school.

Morin said Community Council had to close its office and Migrant and Seasonal Head Start program because of the outbreak.

She said the council was concerned that people would not have child care options, but so far they haven’t come across any worker in dire need of child care.

Morin said a lot of families have older children who can watch the younger children now that they are out of school.

“Even in our last few days of our head start program, there were not very many children,” she said. “I think farmers were hesitant for children to go to our head start centers.”

The head start program is for migrant and seasonal farmworker children and their families and promotes the success of their children in school and later in life. The program includes early childhood education, nutrition and health and wellness.

Morin said the Caldwell Community Council staff are putting together more than 100 food boxes for farmworkers that will be delivered Tuesday.

“Our offices will remain open for drive-thru food boxes on Wednesday and Thursday from 10 a.m. to 3 p.m,” Morin said in a message.