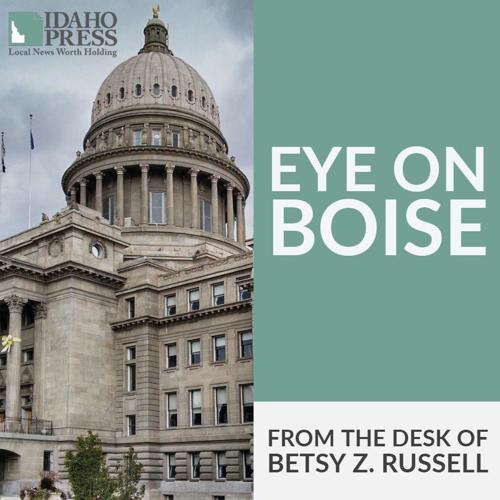 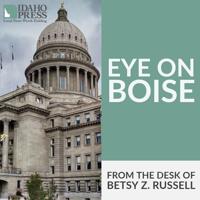 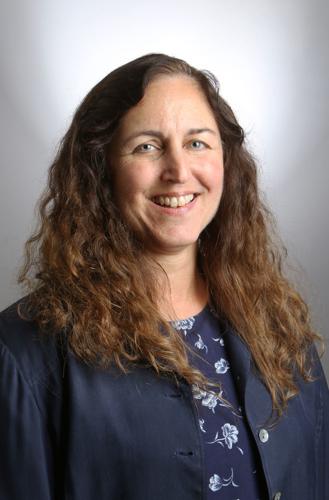 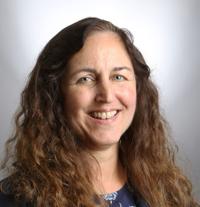 BOISE — As a reporter, it is certainly unusual for me to ask to be placed on the agenda to address the Legislative Council, the bipartisan, bicameral committee that handles administrative affairs of the Legislature between sessions. In fact, I believe last week was the first time I’ve ever done so. But we in the press had good reason to make this request.

The topic was an alarming trend we saw this year regarding lack of notice of legislative committee meetings. This went so far as to effectively deny the public all prior notice of important meetings, thereby hindering members of the public from being able to attend — or even to tune in online.

Melissa Davlin, host of “Idaho Reports” on Idaho Public Television, the vice president of the Idaho Press Club and a standing committee member of the Capitol Correspondents Association, joined me to present this concern to the lawmakers; I am the president of both groups. We cited the Idaho Constitution, the rules of the House and Senate, Idaho Supreme Court rulings and the Idaho Open Meeting Law. We noted long custom and precedent for advance notice of meetings that went out the window this year, from announcing the time and place of every meeting on the floor in advance, to posting notices and agenda in a timely enough fashion that people can get word.

This year, numerous legislative committee meetings on important topics of public policy were scheduled with little or no notice. As I told the Legislative Council, “I have covered the Idaho Legislature for a long time. Never before have I seen citizens waiting in the Capitol hallways for hours on end because of rumors a committee might meet, despite having posted no notice or agenda – rumors that proved correct when, after a three-hour wait, those citizens were able to offer brief testimony. Never before have I seen local government officials driving frantically from Canyon County to the state Capitol to testify on a matter of great public concern to their city only to arrive too late, because the notice of the meeting was so short it didn’t even allow time for a drive from Nampa.”

“The Capitol Correspondents Association and the Idaho Press Club do not believe expedience, even late in the session, warrants ignoring public notice and public access. We respectfully request that the Idaho Legislature return to its previous practices of notifying the public in advance of all legislative committee meetings, so the public may attend or observe.”

I added, “If current rules are not adequate for ensuring advance public notice of all legislative committee meetings, they should be amended to strengthen them. We stand ready to work with you to accomplish this in the public interest.”

Davlin said, “We’ve covered the Legislature long enough to understand that toward the end of the session things are hectic … but at the end of the day, it’s in everyone’s best interest for this process to be as transparent as possible. And as members of the media, we’re concerned that the short notice and the hurried way in which these bills were being passed and committees were being called with little to no notice hampered our ability to let your constituents know what was going on.”

“I think that both Betsy and Melissa presented a valid concern to you,” he told the council. He noted that the Idaho Constitution gives the Legislature “quite a bit of discretion with regard to your proceedings.” However, he said, “Government is first and foremost a customer service business. We are responsive to constituents, we have responsibilities to constituents, and I think that in that regard, what they’ve brought forth is something worthy of consideration.”

“My advice would be, if you think there’s going to be a meeting, it’s probably in your better discretion to put up notice of a meeting and then cancel it, rather than to surprise folks with a meeting. Again, it’s a customer service business,” he said. “Things get crazy and hectic at the end of the session, but there’s also still some basic, I think, good government practices that the Legislature can look to.”

Kane said he reviewed the rules of the House and Senate, “and the notice provisions are fairly thin. I think that they’re thin in order to allow for each chamber to have the nimbleness necessary to complete its work. The question mark for you all is how do you strike the appropriate balance between the nimbleness that you need to get out of session, with the public’s interest in knowing what the Legislature is up to and what you’re doing.”

Senate Minority Leader Michelle Stennett, D-Ketchum, said, “There has been, albeit not frequently, but times when committees have been convened without even letting the committee members know what is going to happen, which is a problem, much less the press.”

Kane said each chamber could certainly adopt minimum notice requirements, “and say, look, at the end of the session, we’re going to say, ‘We’re not going to have a meeting without at least 30 minutes notice, or at least 60 minutes notice.’”

“It’s within your discretion,” he told lawmakers. “Those are the sorts of discussions you may want to have.”

Senate President Pro Tem Chuck Winder, R-Boise, said, “I’m a little bit shocked at the statement that was made that not even the committee members know. I’d like to look into that more. … I’ve never heard that before. If that’s something that’s occurring, it’s something we need to definitely deal with, because that’s not the intent of any chairman nor the leadership of the Senate.”

Sen. Melissa Wintrow, D-Boise, said, “I had a couple of students actually approach me in the session and were very clear in stating they would like to participate in government, but we sometimes turn on a dime for them, and they can’t get here. It was a real stark reminder to me. … We need to go above and beyond to make sure that what we are doing is transparent, so folks can participate in their government. So I really appreciate the reminder.”

Sen. Grant Burgoyne, D-Boise, said, “I know that there are others on the council who have served in the Legislature longer than I have, in some cases much longer. But I think I see something that I’m not comfortable with in the Legislature, and that is that long-standing practices, practices that I personally know go back to the early 1970s, have over the last couple of sessions been put aside.”

“And not all of these practices are committed to verbiage in rules or are mandated in court decisions or our Constitution, but they are a custom, a way of doing business that is respectful, not only of the members of the Legislature but of the public and the press.”

“I know people love change, and people may even love revolution,” he said, “but there are certain basics that I think we should adhere to. I just don’t know how one respectfully deals with another legislator if we don’t clue them in about what’s going on.”

“And I will personally attest that I have been on the floor, trying to figure out whether or not there will be a meeting, based on rumor, gossip and innuendo that I may have heard that there might be a meeting. That’s taking too much of my time and energy and focusing it in the wrong places. I don’t know why we’re there. I don’t know why that’s happening.”

Burgoyne said, “I can’t tell you the number of times I’ve been in committee that I was so grateful that a county commissioner from say, Benewah County or Kootenai County or Teton County bothered to make the trip to Boise for a meeting, and tell me something I needed to know. Or that a mayor from somewhere in Idaho made the three-hour trip to Boise to testify. People need notice if government is going to work effectively.”

Bedke said, “We appreciate, the points that the press corps has made are duly noted. And we will … continue to try to balance the constitutional discretion that is given to the Legislature against the people’s right to know and the people’s right to be informed. And I do not doubt anyone’s commitment to openness and to good government. That obviously is in the eye of the beholder. We’ve heard a little bit of that today. You do have my commitment to balance those two.”

He added that he apologized for missed announcements on the floor of the House about committee meetings this year.

As the council meeting broke for lunch, lawmakers from both parties thanked Melissa and me for our presentation and said they shared our concerns. I am hopeful that public notice will improve in the next session. The Idaho Legislature has a long tradition of openness in its lawmaking processes. That’s something people of Idaho value, and it needs to continue.