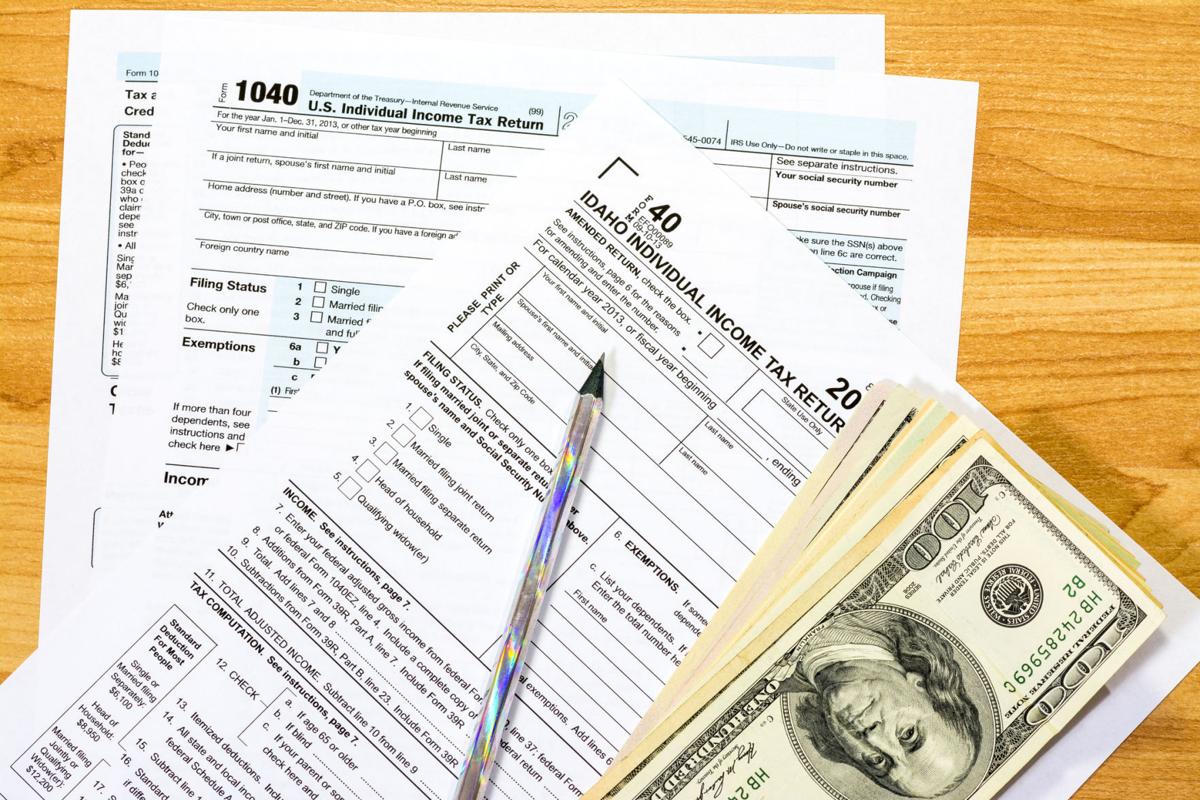 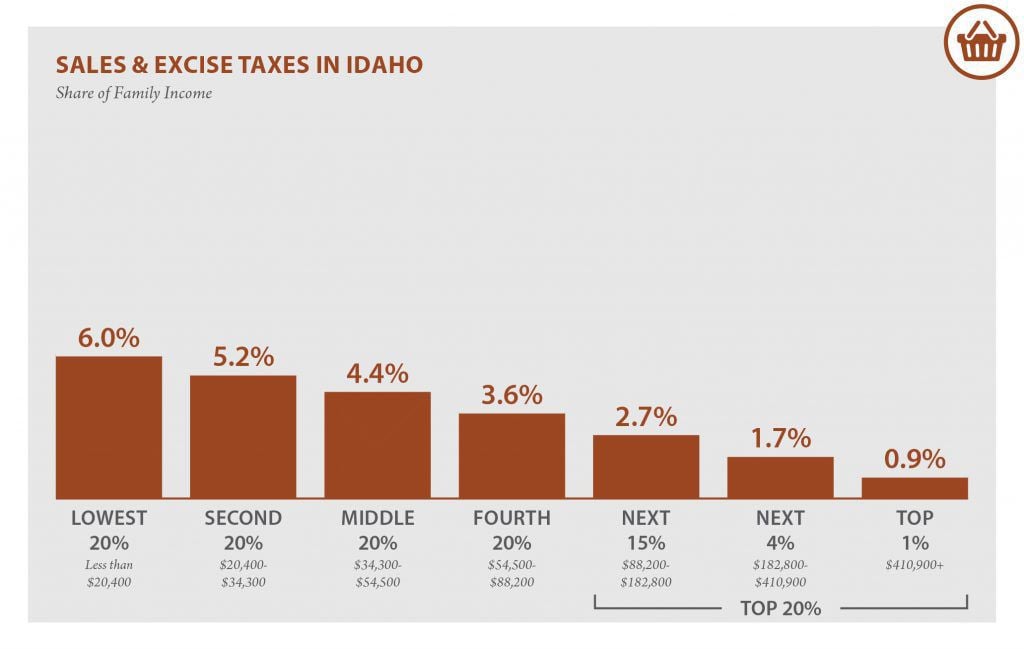 Lower income residents in Idaho pay the most sales tax, while the top one percent pays the least, according to a report from the Institute on Taxation and Economic Policy.

Lower income residents in Idaho pay the most sales tax, while the top one percent pays the least, according to a report from the Institute on Taxation and Economic Policy.

A recent study on tax inequity found that the poorest Idahoans paid more in state and local taxes than the state’s richest residents.

The 20 percent of families in Idaho who made the least money paid around 9.2 percent in taxes, while the highest-earning 20 percent paid an average of 7.5 percent and the top 1 percent of earners in the state paid an even smaller percentage.

The numbers come from “Who Pays?,” a report of the distribution of tax rates created by the nonpartisan Institute on Taxation and Economic Policy. This year’s report is the sixth update on the “Who Pays?” analysis of state and local taxes across the country since it was first published in 1996 and is based on the tax laws as of September of this year.

The report breaks down the taxes paid among seven groups in Idaho, splitting the top 20 percent of earners into three smaller groups due to the large range of money that falls within that category.

The biggest drivers of the inequality in Idaho are the sales and property taxes. In every bracket of income measured by the Institute’s report, the amount that families paid in state and excise taxes went down as their total income increased. The lowest-earning 20 percent spent twice as much of their annual income on property taxes as the highest 20 percent, with an average of 3.3 percent paid on their property compared to 1.6 percent.

The differences between the three types of taxes in Idaho match the trends found in many other states by the report.

“The personal income tax is the only one under which effective tax rates rise with income levels. States often use progressive income taxes as tools to help offset more regressive state and local taxes,” the Institute on Taxation and Economic Policy wrote.

Despite those imbalances when it comes to property and sales taxes, Idaho was still rated as one of the least unfair tax systems in the country. The Institute on Taxation and Economic Policy rated Idaho as the 14th most equitable state of tax out of the 50 states and the District of Columbia. The Northwest states in general have a high level of tax equality, as California and three of the states that border Idaho all rank above Idaho in the new report.

The Institute also speculated that some of the inequality in the state was due to the high tax rate of groceries and the lack of an estate tax or inheritance tax, while the tiered structure for personal income taxes led to a more progressive system.

In the previous “Who Pays?” report released in 2015, Idaho had the ninth-lowest rate of inequality in the country. The new report shows that the percentage that families pay in taxes has increased across the board in Idaho in the last three years, although the trends in state taxes and personal income taxes have stayed the same.