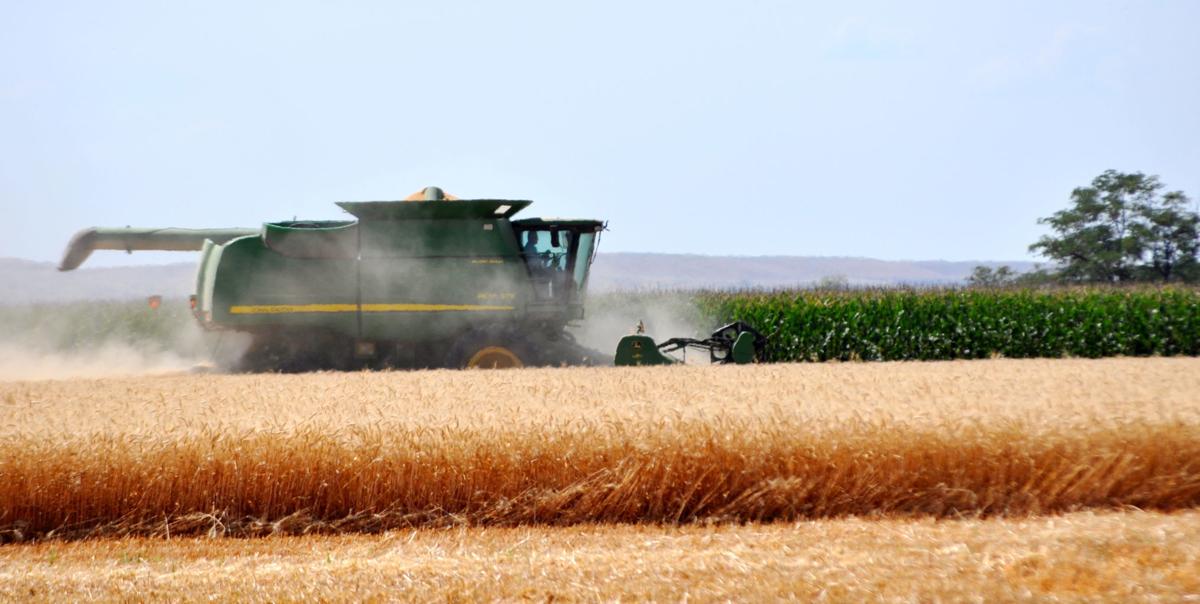 Seed and grain crops being harvested in Gem County. This month’s cold snap is expected to have damaged seed corn and dry bean seed crops in the Treasure Valley and surrounding region.

Green beans in a home garden. Experts estimate 20-22% of green bean seed will be left in the ground by farmers after this month’s cold snap.

Seed and grain crops being harvested in Gem County. This month’s cold snap is expected to have damaged seed corn and dry bean seed crops in the Treasure Valley and surrounding region.

Green beans in a home garden. Experts estimate 20-22% of green bean seed will be left in the ground by farmers after this month’s cold snap.

CALDWELL — The early wave of low temperatures last week threatened not only onion and potato crops in Idaho, but also sweet corn and dry bean production.

The Treasure Valley produces over 60% of the world’s temperate sweet corn seed, and, along with eastern Oregon and the Magic Valley, about 95% of the world’s dry bean seed.

With last week’s uncharacteristically cold weather — lows in the 20s and low-30s — up to one fifth of the valley’s sweet corn seed and 15% of the dry bean seed could be lost.

The cold snap froze crops throughout the state, with the valley seeing the biggest losses in sweet corn seed, dry beans and onions.

George Crookham, CEO of Crookham Company in Caldwell, estimates that 12-20% of his company’s sweet corn seed was still in the ground when it froze last week.

“If the seed freezes, it kills the germination, which renders the seed unsaleable,” Crookham said. “However, we will not know the extent of the damage until we finish harvest and we have tested the seed. That being said, we know that we got hurt, we just don’t know the extent.”

Canyon County is one of the top five seed production areas in the world, according to the Idaho-Eastern Oregon Seed Association. The county’s seed production has an approximate value of $300 million annually.

Crookham said he estimates that all vegetable seed crops in the entire Treasure Valley have an annual value of $500. He said sweet corn alone is “close to nine figures.”

With the inevitable loss of some sweet corn seed, Crookham said the world market may see a shortage of sweet corn, though he could not speak to his competitors’ losses.

After a freeze, Crookham said his company does not change their production procedure.

“We tag the field as being subject to a freeze and then monitor the field closely through harvest and conditioning, or cleaning,” he said.

Crookham said they are typically done harvesting sweet corn seed by now, and will be working for another five to seven days to get the seed ready.

Crookham Company is the only company that produces popcorn seed in the Treasure Valley; those seeds were also impacted by the cold.

The coldest temperatures hit the Treasure Valley Oct. 9-10. The National Weather Service told the Associated Press the high winds, low temperatures and snow were from a low pressure system from Canada.

Dave Groenert, a meteorologist with the National Weather Service in Boise, said the climate prediction center, a federal agency that forecasts short-term climate changes, is predicting “chances for above-normal temperatures” for the rest of the month and into November.

“It takes just one cold system to change that, but right now they are favoring above-normal temperatures,” Groenert said.

Even without more freezing temperatures on the horizon for Idaho, the damage may have already been done.

Don Tolmie, production manager for Treasure Valley Seed Company, that specializes in dry bean seed production, said 10-15% of the region’s dry beans will not be harvested this year because of the cold temperatures this month.

He estimated that 20-22% of garden seed, or green bean seed will be left in the ground.

Eastern Oregon, Treasure Valley and Magic Valley produce 95% of all of the dry bean seed grown in the world, Tolmie said, about 35,000 acres of dry bean and garden bean seed each year.

He estimates that next year farmers will have to produce 50% higher amounts of dry bean seed than normal to replace what is missing this year.

Tolmie said dry beans were affected by the cold snaps this October because they started planting later this spring. In May, he said there were about 15 days of cold weather around the time dry beans are planted.

“Because we had that weather, that stopped us from planting anything until first 10 days of June,” he said.

The bean seed takes at least 90 days to mature and because of the late planting, many beans were still in the ground, waiting to mature last week. Tolmie said if beans are not able to endure the cold weather, they will deteriorate in the pod.

He said at that point, farmers just leave them in the ground because there is no point in harvesting them.

The Idaho Department of Agriculture told AP that onion growers were working overtime to finish harvesting their crops before they froze.

Sean Ellis, of the Idaho Farm Bureau, said onion industry leaders told him they estimated a few thousand acres of bulb onions were still in the field when the cold weather hit the Treasure Valley.

In Eastern Idaho, about 15% of the state’s potatoes were still in the ground when it froze last week, Shawn Boyle, president and general counsel of the Idaho Grower Shippers Association, told the Idaho Press.

Boyle said the eastern part of the state is expecting cold temperatures again this weekend, leaving a small window for farmers to get their potatoes out of the ground.

Boyle said potato farmers also saw unseasonably cool temperatures this spring, and combined with the shortage of workers in the Idaho agriculture industry, they were behind schedule this year.

“The reality is we have a very difficult labor pool, it is hard to find help, and that is part of why we didn’t get our spuds out of the ground,” he said. “That problem is expunged by fact that we will need even more help now to sort through these potatoes. There will be a slow down in the shipment of potatoes. We will not be able to wash and box them as quickly as in the past, because we have to sit there and sort through the bad ones.”

“We will be throwing away a lot of bad ones this year,” Boyle added.

He said the Idaho Grower Shippers Association, which represents the potato industry in the state, has been working to communicate with national leaders to seek a disaster declaration.

“This is not typical and, in fact, most people would say the last time we had a situation like this was 1985. It has been 34 years since we had to deal with something of this nature,” Boyle said.

Rachel Spacek is the Latino Affairs reporter for the Idaho Press. You can reach her at rspacek@idahopress.com. Follow her on twitter @RachelSpacek.