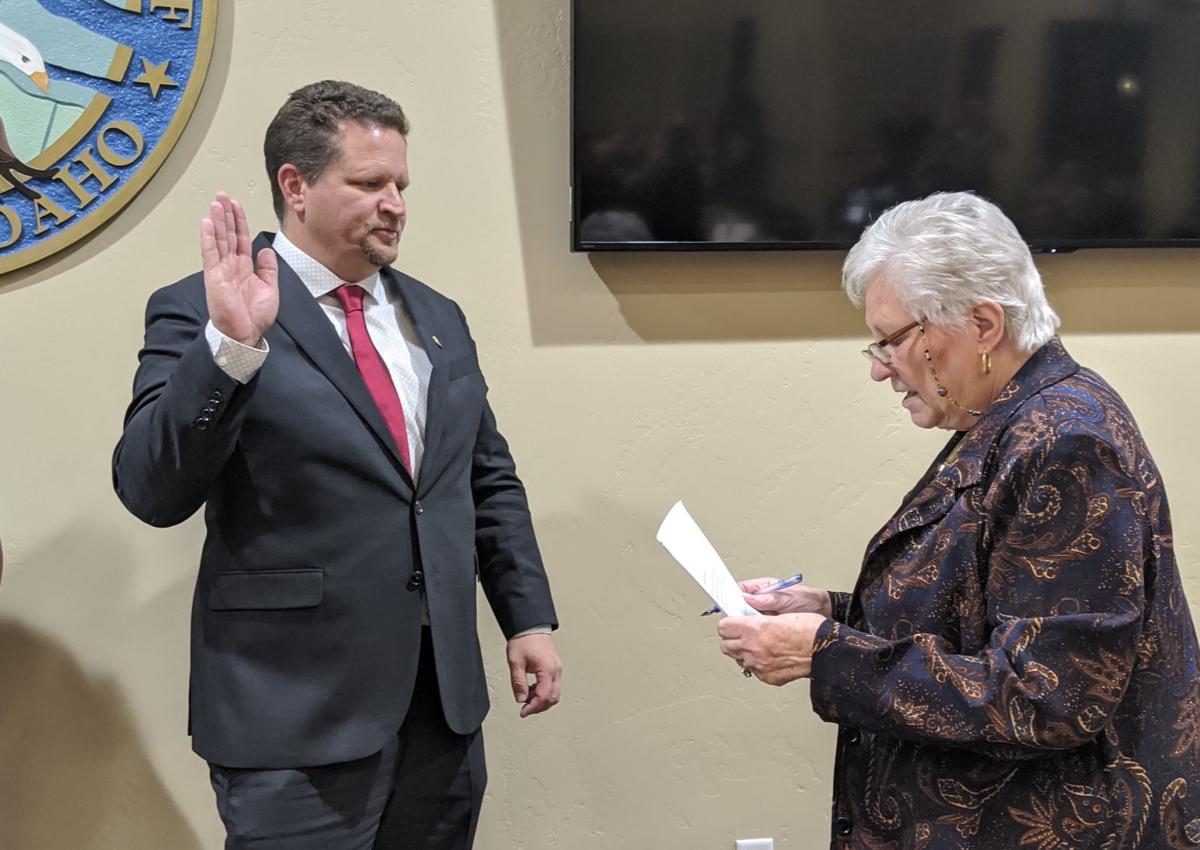 Jason Pierce is sworn in by City Clerk Sharon Bergmann as Eagle’s Mayor on Jan. 14, 2020. 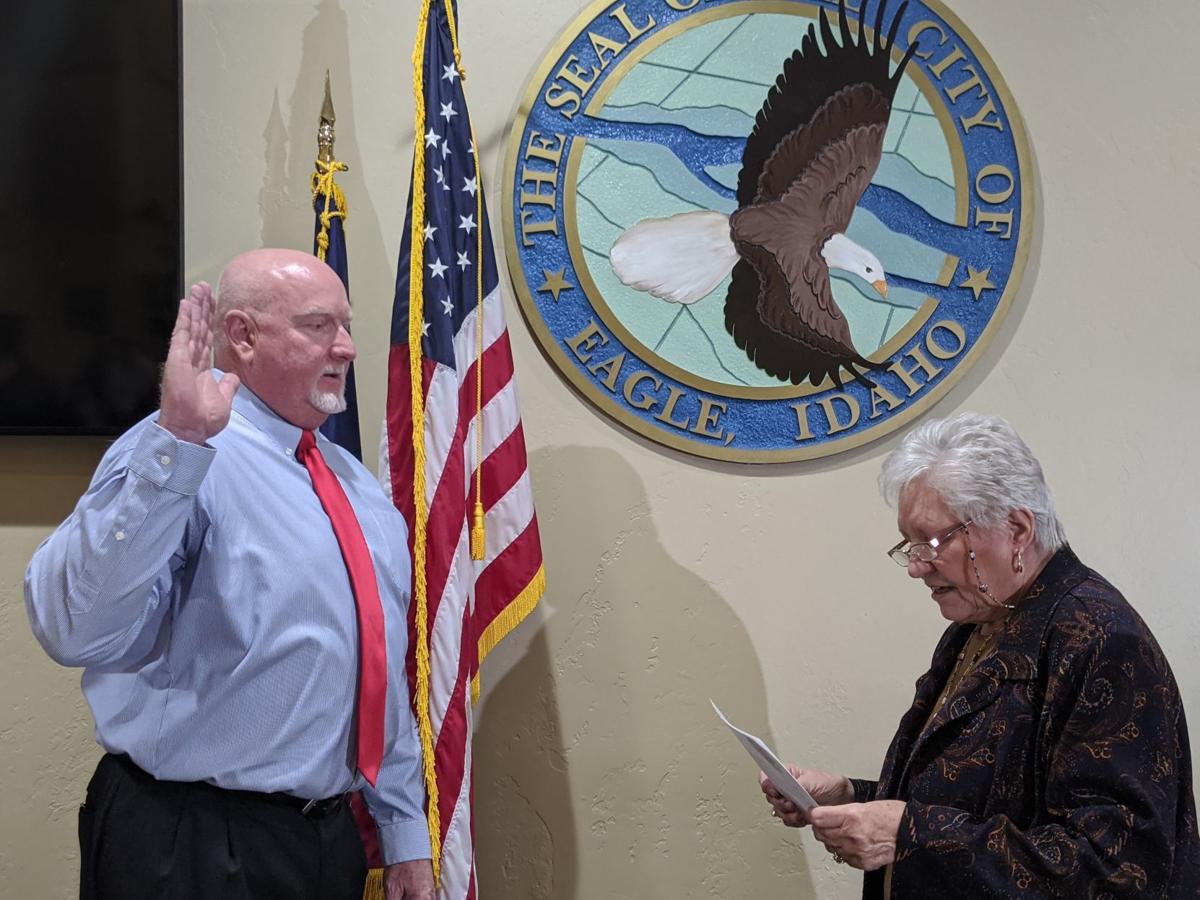 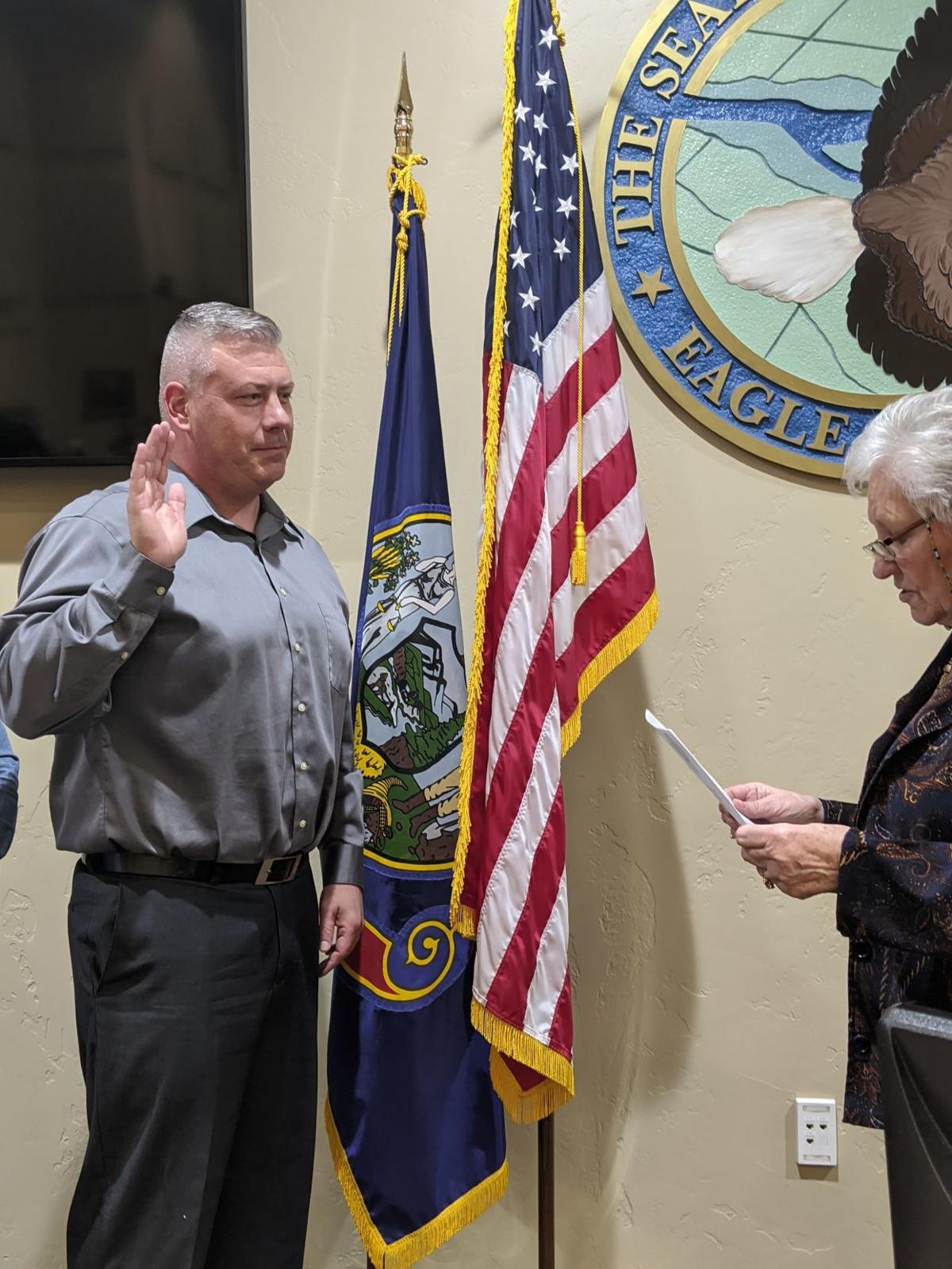 Jason Pierce is sworn in by City Clerk Sharon Bergmann as Eagle’s Mayor on Jan. 14, 2020.

The city of Eagle swore in its new mayor and two new council members on Tuesday night.

Mayor Jason Pierce and council members Charlie Baun and Brad Pike took their places on the Eagle City Council in a transition of power after last November’s race shook up Eagle’s power structure.

The swearing-in happened after about a dozen Eagle residents testified about their appreciation of the work former Mayor Stan Ridgeway and council members Stan Bastian and Jill Mitchell completed during their terms and thanked them for their work.

Pierce defeated Ridgeway by 1,244 votes, or 16.7% in the Nov. 5 election, while Pike and Baun came in first and second in the five-person council race, defeating Mitchell, Bastian and candidate Dave Parrie in a five-person, at-large race for two seats.

The new members of Eagle’s government said they will get up to speed on city governance over the next few weeks and then turn their focus to commercial development, transportation issues and open space over the next four years.

“My big focus is to change the tax base from residential to commercial,” Pierce said on Tuesday.

Eagle has been a rapidly growing area of the Treasure Valley, doubling in population over the past two decades from 13,000 residents to an estimated 26,000. Pierce noted the city relied a lot on “one-time fees” from development and new construction, and said he wants to shift from relying on that type of funding to a more-sustainable model during his term as mayor — something that could be goosed into reality by additional commercial development in downtown Eagle.

“I want to get residents involved in their community,” Pierce said.

Pierce also noted he hoped to work closely with both the Ada County Highway District and the Idaho Transportation Department as Eagle’s rapidly expanding population has strained the roads around the city in past years.

Making sure growth doesn’t damage Eagle’s open space is what Baun is hoping to accomplish.

“Open space and trails,” Baun said when asked about what his biggest goal for the next four years was.

Pike said he was hoping to make Eagle’s government as “open as possible” during his term, as well as dealing with Eagle’s infrastructure challenges.