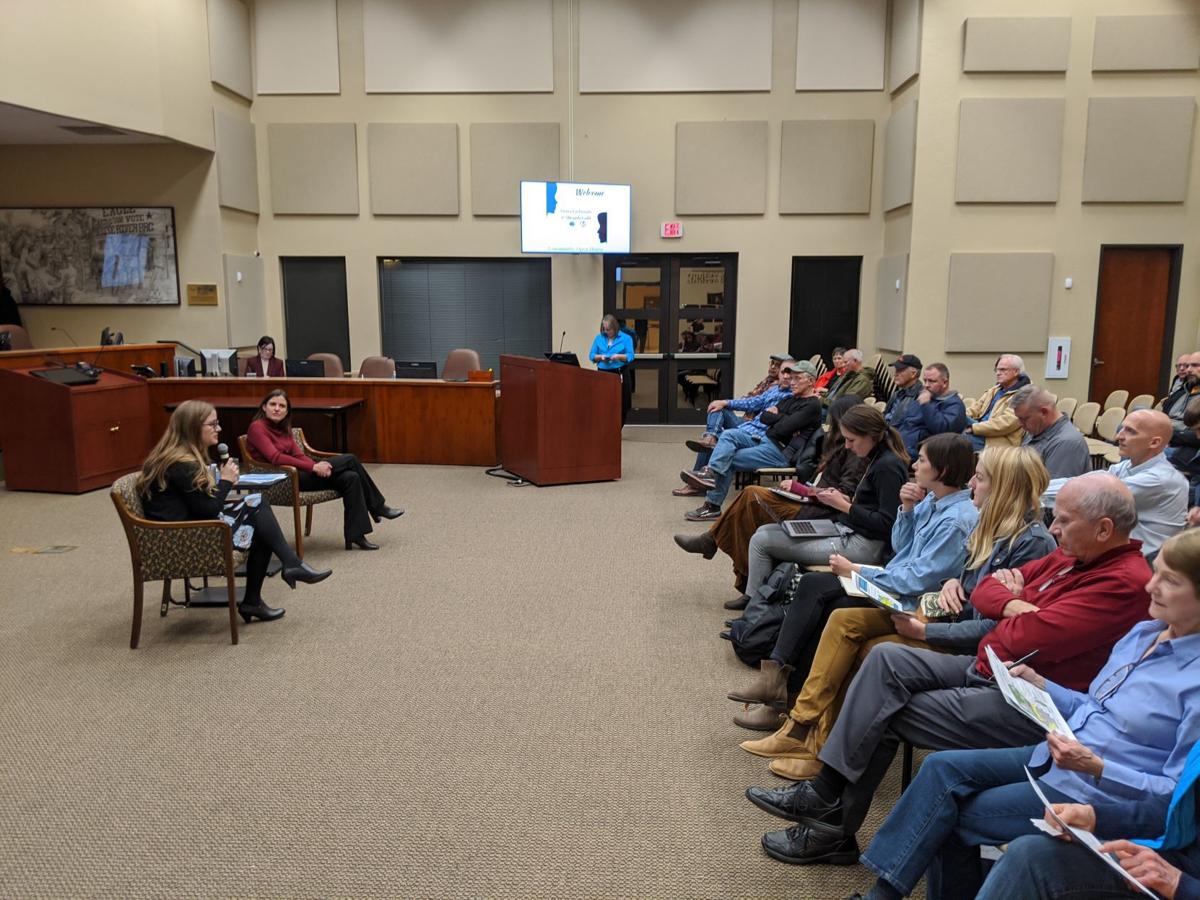 Ada County Commissioner Diana Lachiondo and Eagle City Council President Miranda Gold listened and responded to the tangle of concerns and questions Eagle residents brought up in the two-hour listening-session Monday night, and attempted to explain just what local government could do. 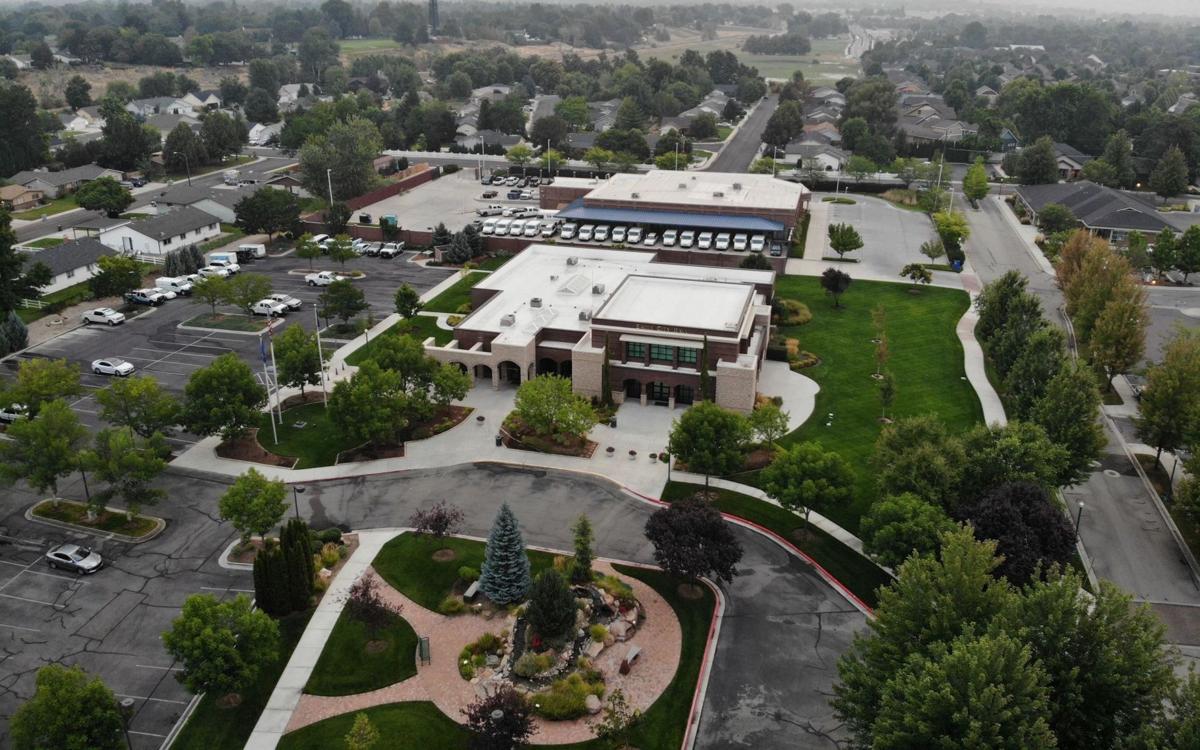 A view from above of Eagle City Hall.

Ada County Commissioner Diana Lachiondo and Eagle City Council President Miranda Gold listened and responded to the tangle of concerns and questions Eagle residents brought up in the two-hour listening-session Monday night, and attempted to explain just what local government could do.

A view from above of Eagle City Hall.

This session was part of Ada County’s recent push to have conversations about growth in the Treasure Valley. A handout provided at the event explained that Ada County was looking down the barrel of a potential budget deficit in the coming decades.

Ada County estimates that if growth continues at its current rate until 2040, the county will be looking at $690 million deficit in capital costs for sheriff’s department spaces, fire stations and other key pieces of infrastructure, if cities and the county build out to what current comprehensive plans expect.

Eagle resident Phil Carney asked Gold and Lachiondo how or if the city and county would work with Gem and Boise counties to respond to Avimor. Avimor is the developer of the new neighborhood of the same name in the Foothills north of Eagle with plans for 10,000 new houses over the next several decades, in addition to the 538 already there, according to Avimor General Manager Dan Richter.

Avimor’s footprint reaches into Gem and Boise counties and is also at the center of an attempt to revise Eagle’s comprehensive growth plan by the Eagle City Council and Mayor Stan Ridgeway, who lost his reelection campaign in November.

In August, Ridgeway and the Eagle City Council directed city staff to amend the 2017 comprehensive plan, removing tens of thousands of acres in the foothills outside of Eagle from the city’s comprehensive plan. The affected acres spread into Boise and Gem counties, with Avimor included.

“We aren’t working with Gem or Boise County in any meaningful way,” Lachiondo, with Ada County, said, but she added she didn’t want to “presuppose anything” about collaboration. “There are challenges with service deliveries, and that doesn’t mean it couldn’t be worked out, but how those things get worked out remains to be seen.”

Building infrastructure up to Avimor is an expensive proposition. Eagle city officials have expressed concern that by annexing Avimor, the city would become responsible for providing public services like fire and law enforcement. As Avimor sits several miles from Eagle, providing the same level of services for Avimor would cause costs to jump.

“Right now the response times for sheriff and fire and EMS is double in Avimor and Hidden Springs than it is in the incorporated cities,” Lachiondo said. “What’s the equity if you bring someone into your city and they’re paying city taxes? Do they deserve or expect … the same level of service?”

Gold said Eagle was still considering the questions about annexation, but that she supported the amended plan that would remove Avimor from Eagle’s comprehensive plan.

Lachiondo circled back to the separation of responsibilities between Ada County and the cities within its borders.

“What I can say more philosophically is that this board believes that the county wants to be a county,” she said. “In the past there were boards who were interested in kind of being their own version of a city.”

Lachiondo also highlighted a new fiscal impact analysis expected to come out in the spring of 2020 that would help nail down the cost of the cities’ and county’s comprehensive plan.

“One of the city’s we met with said, ‘Well, yeah, we have our costs planned out,’” Lachiondo said, but pointed out the issue wasn’t siloed into single city’s plans, because growth affects everyone in the Treasure Valley.

As Ada County officials continue to plan for its future, these conversations will help leaders and constituents understand the pressures of growth in the Treasure Valley.

“What we believe at the county is that it is not our job to tell cities what to do, and I don’t think that would go over very well,” Lachiondo said. “But I do think we have a role to convene from a regional perspective, and we think we have a very important role to catalyze an understanding of what the fiscal costs are of various growth scenarios.”

And, the county hopes, that will make the future of the Treasure Valley a clear one.