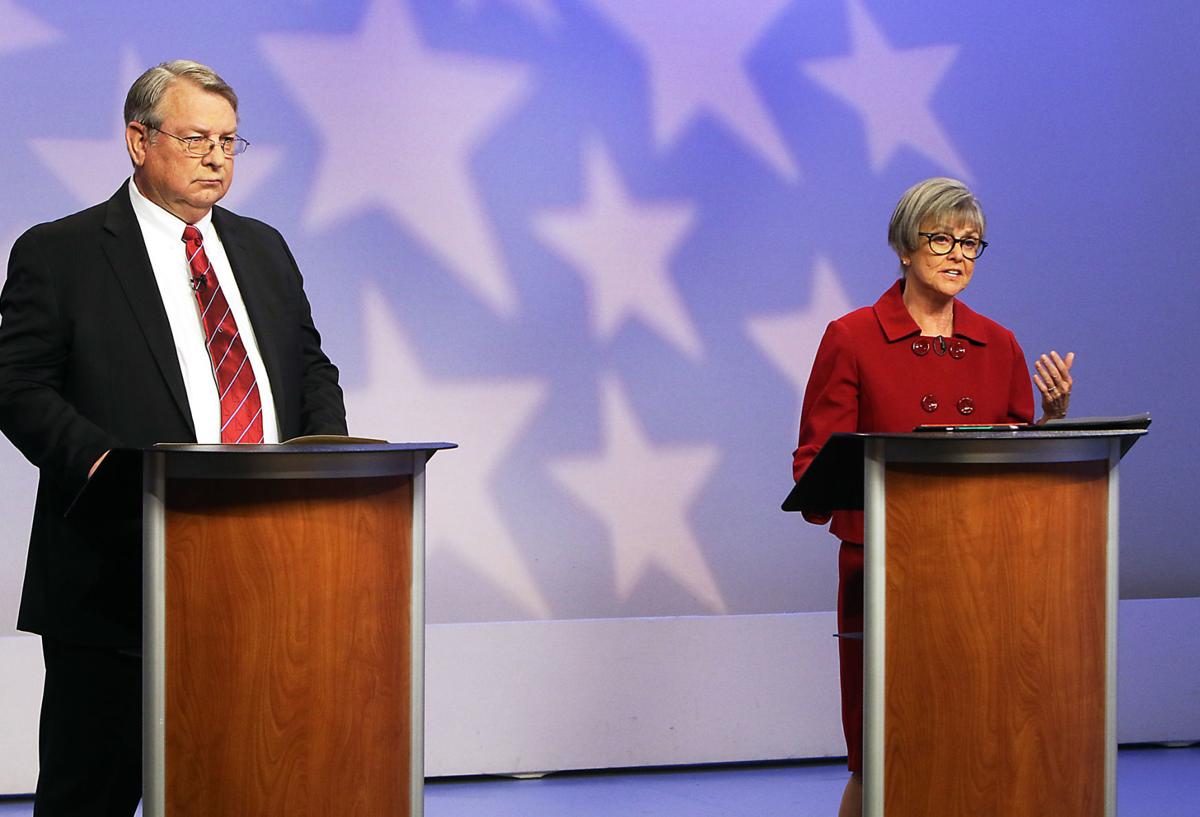 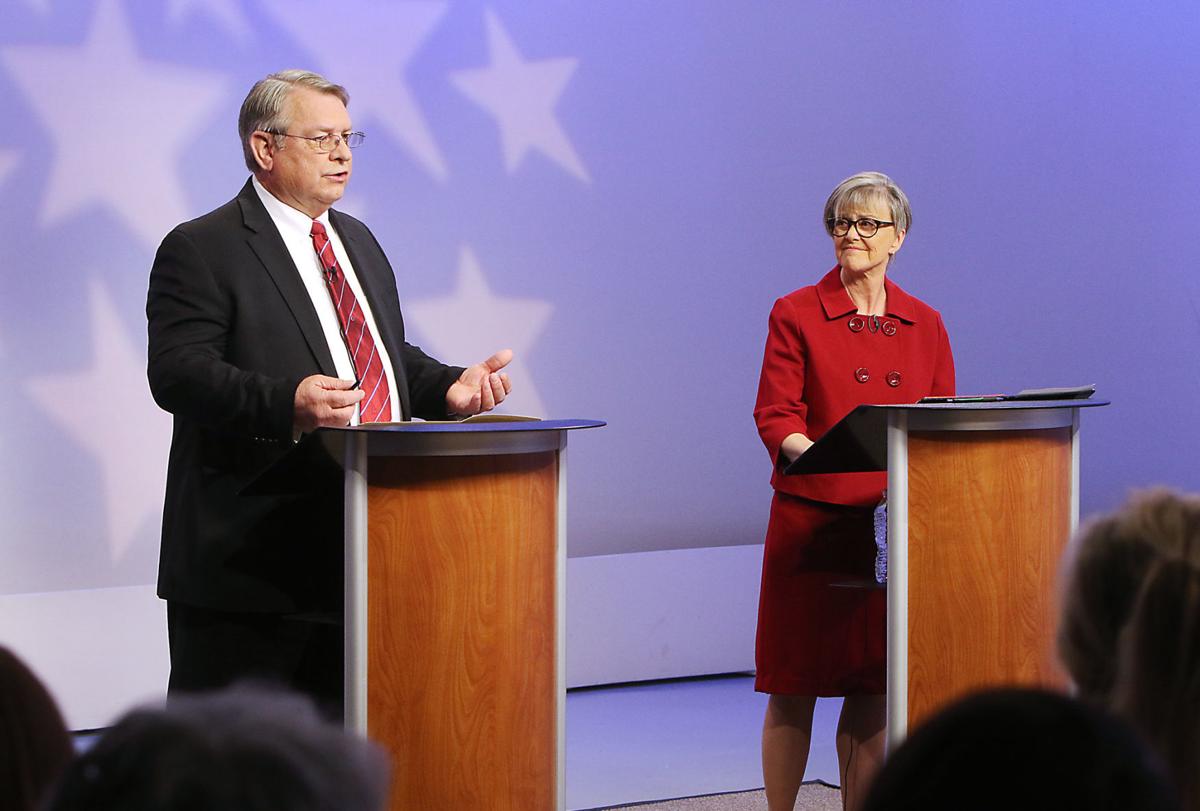 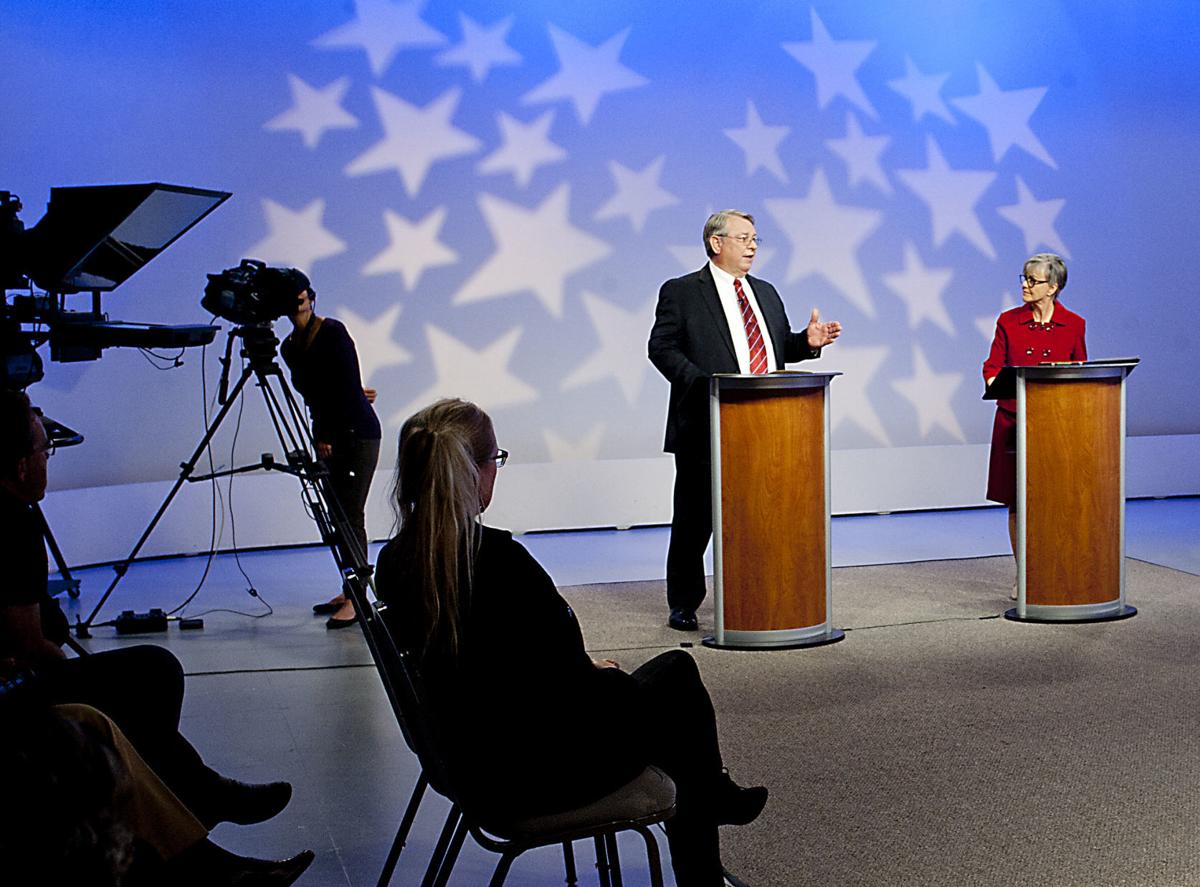 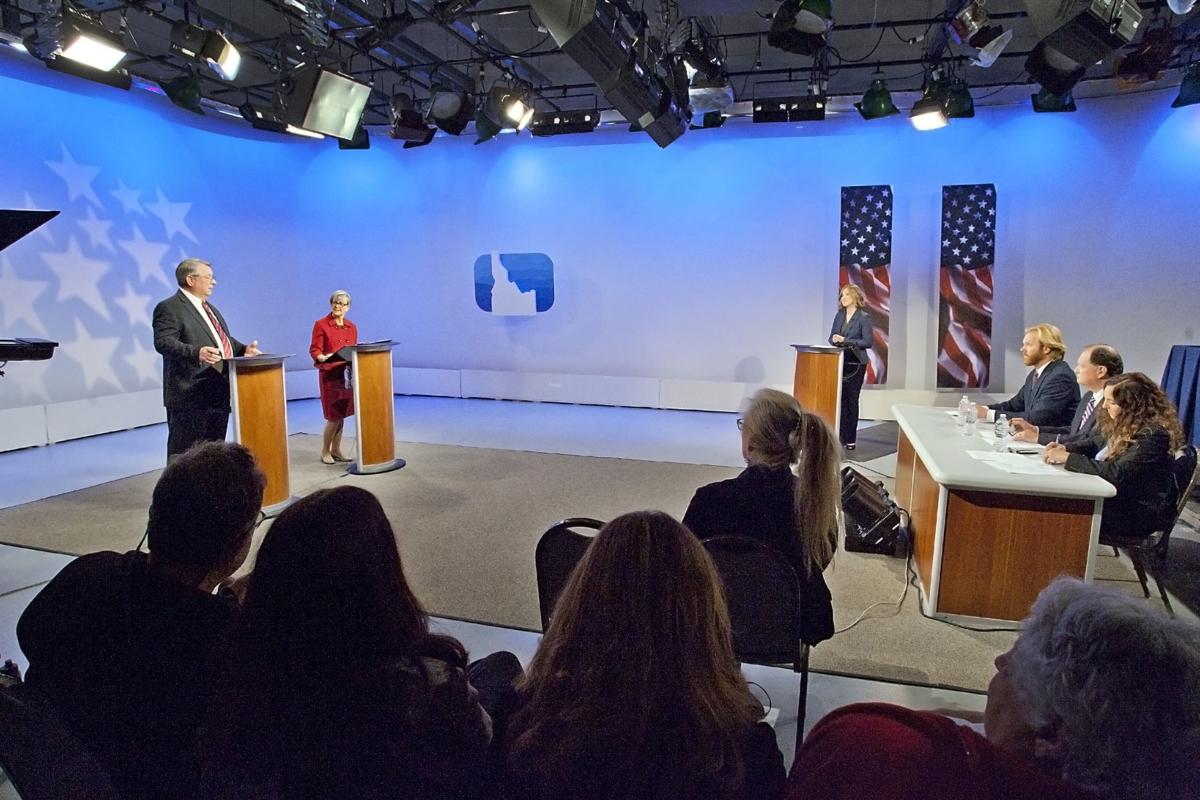 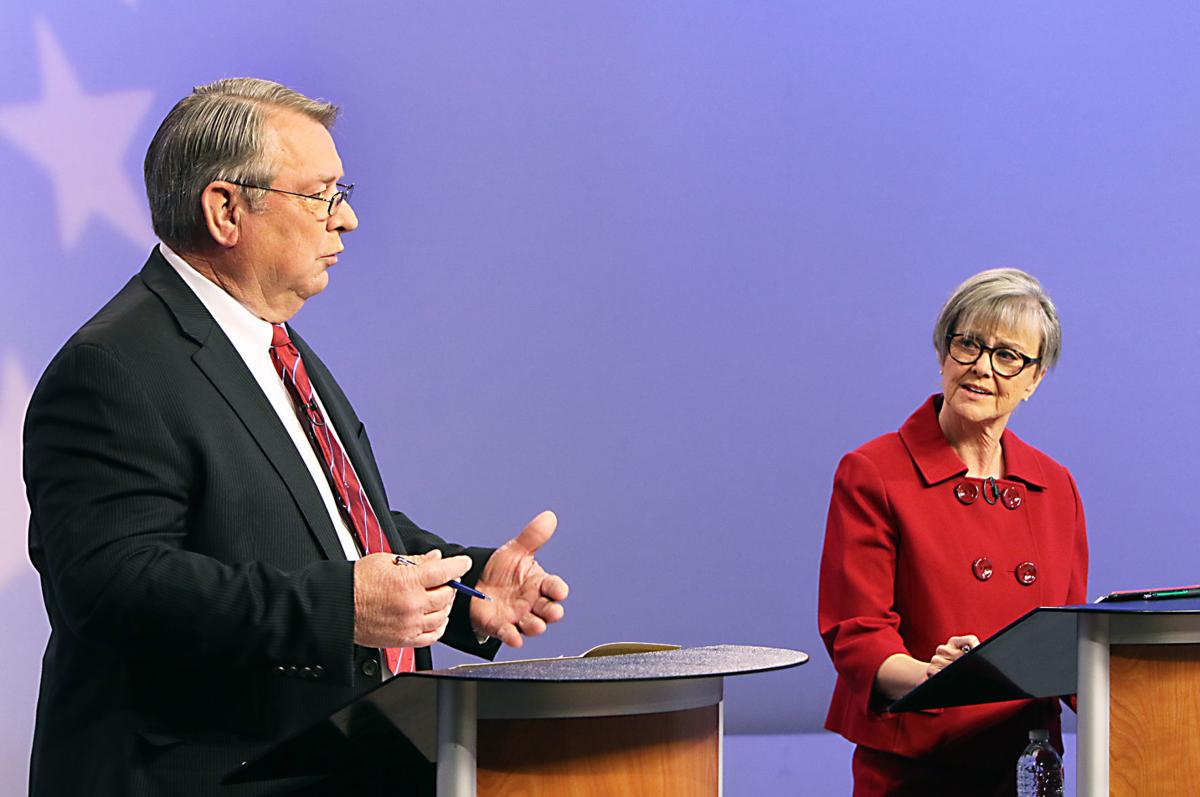 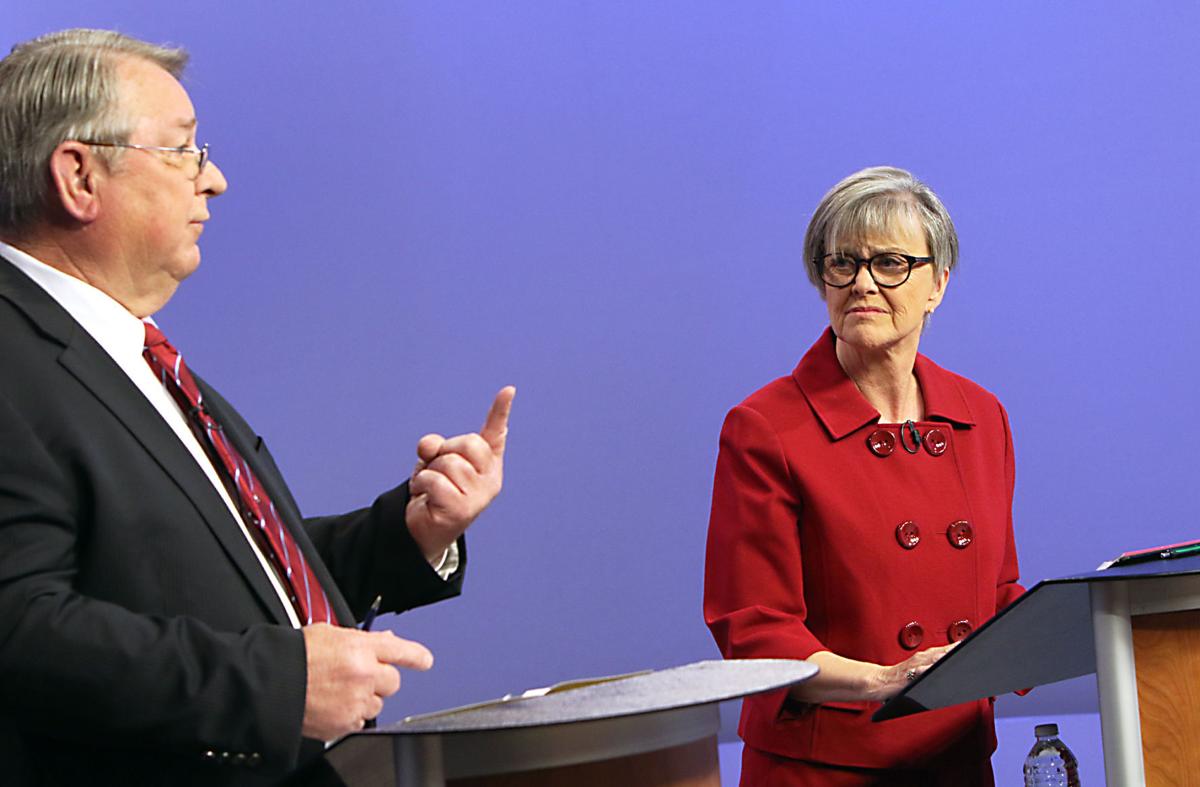 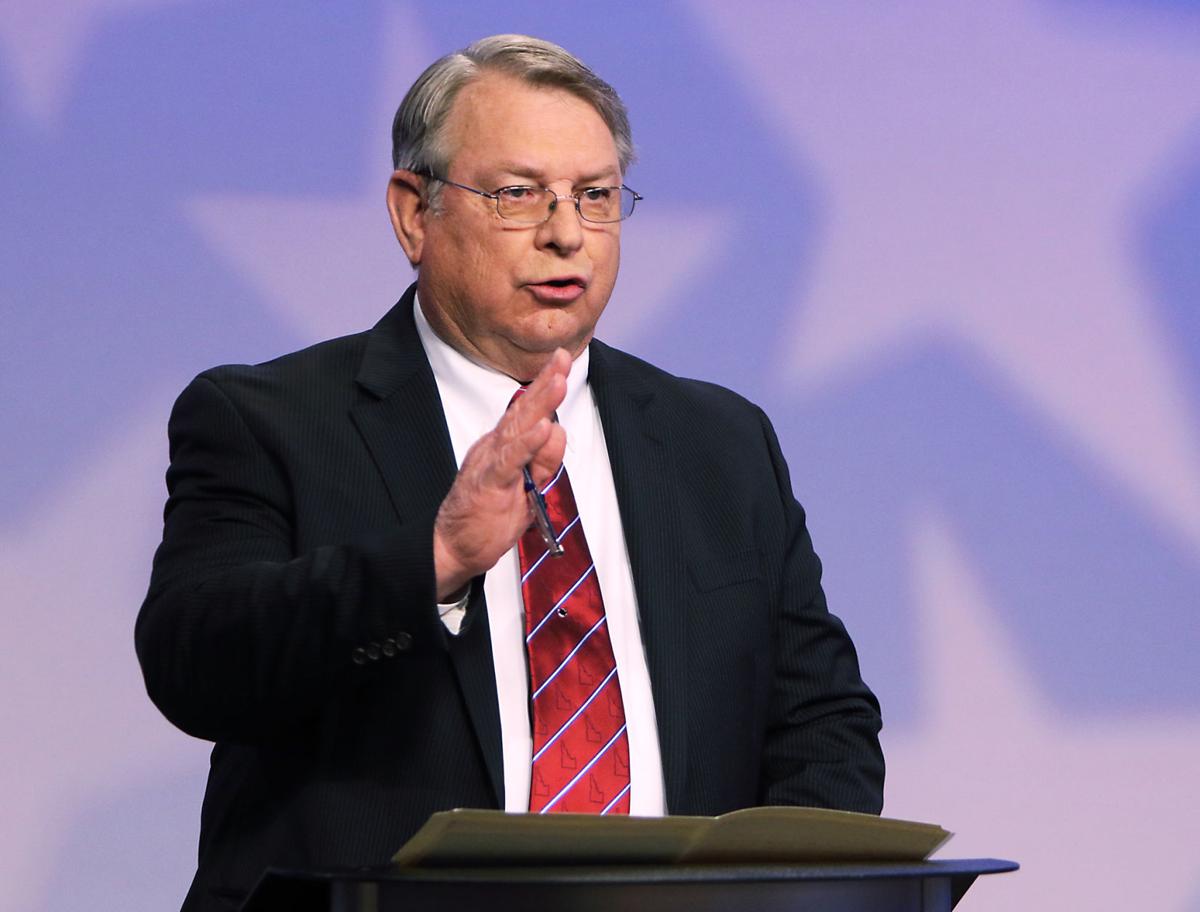 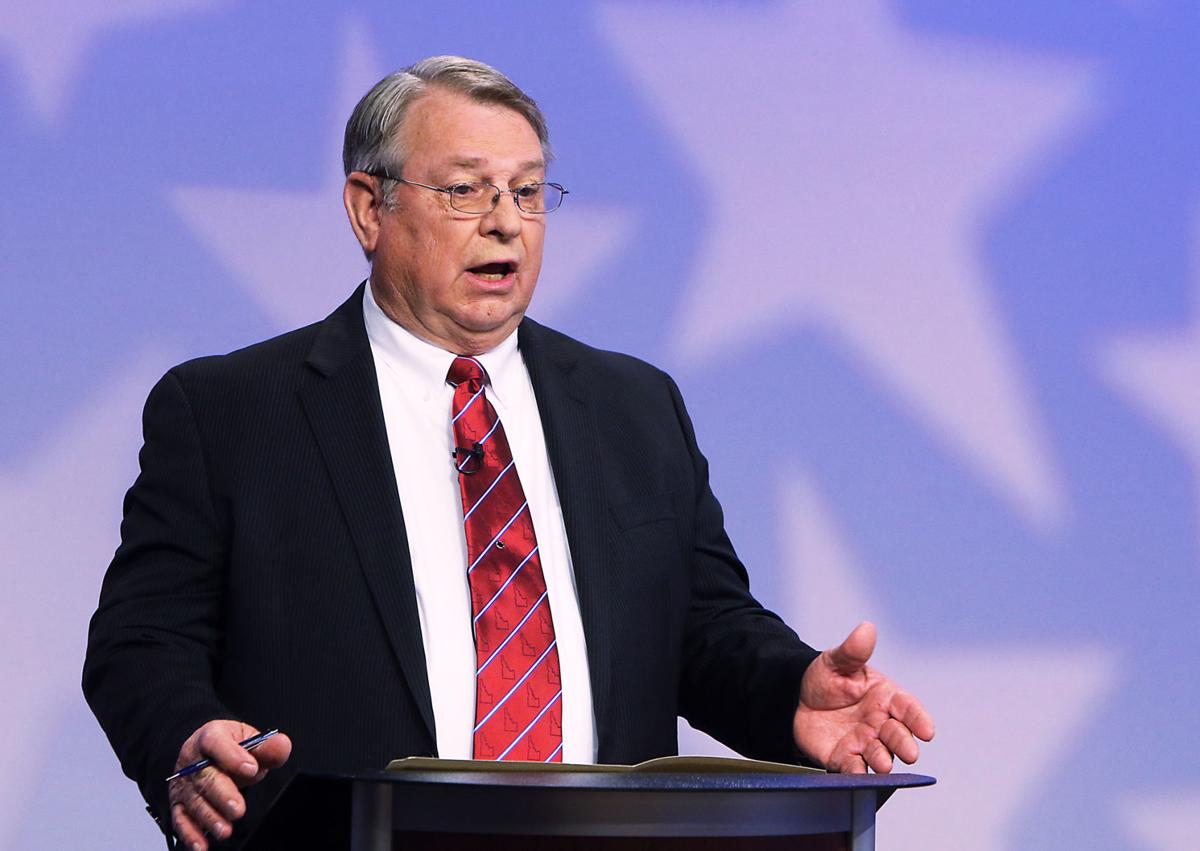 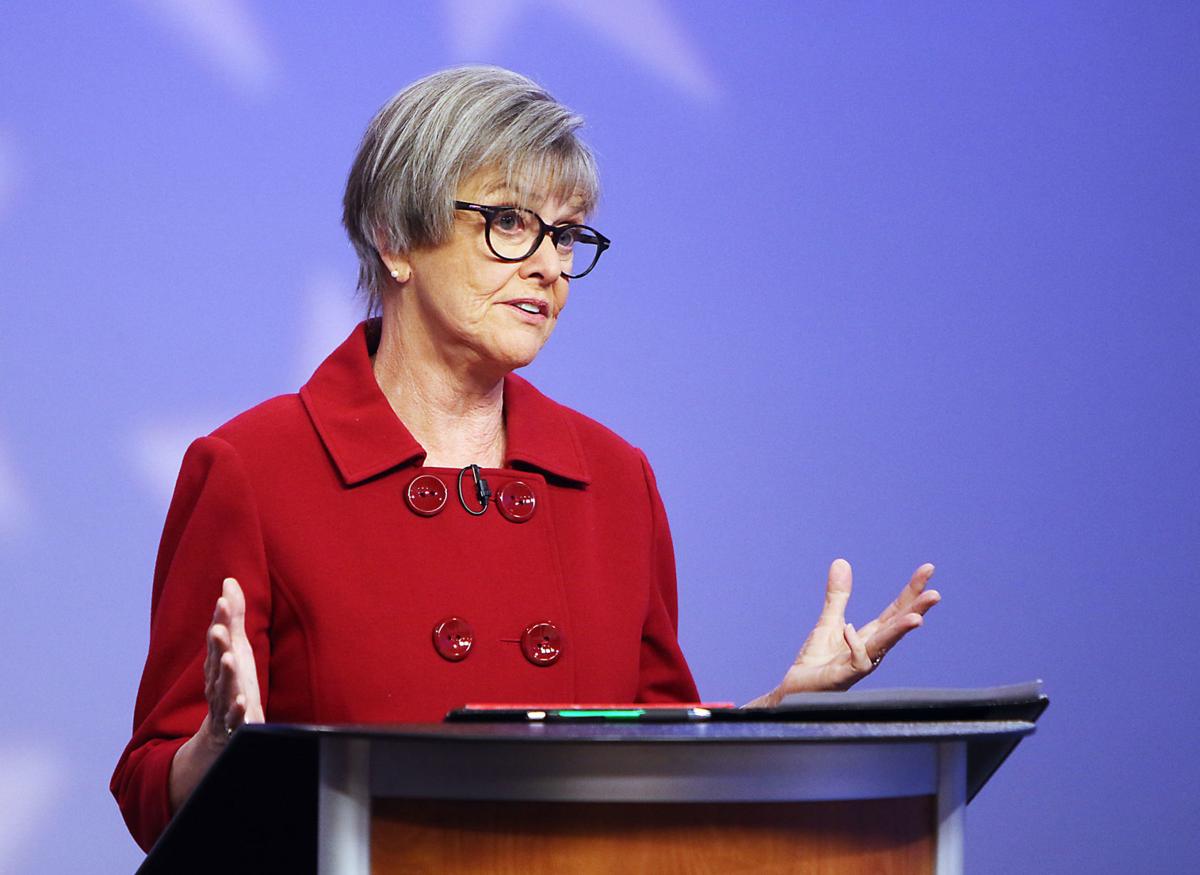 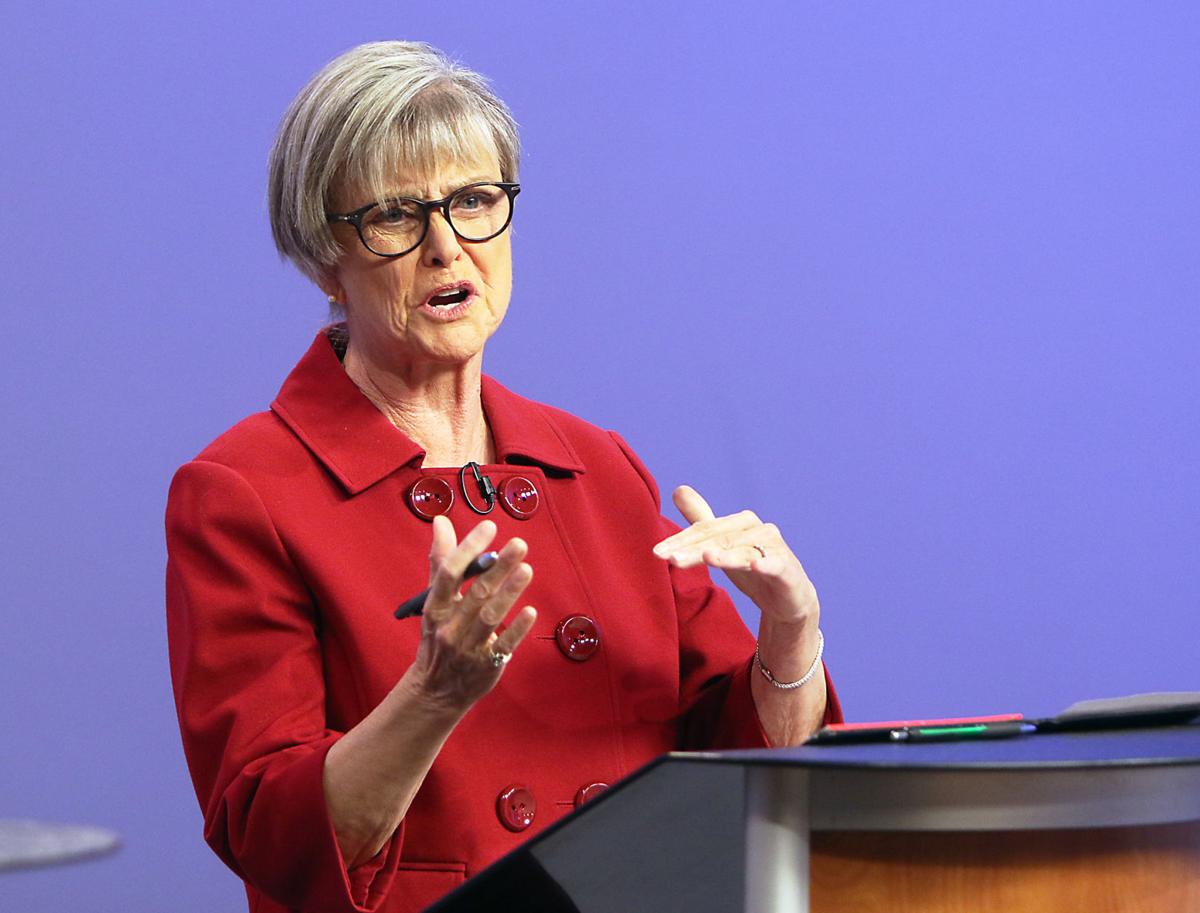 BOISE — Democratic challenger Jill Humble came out swinging at GOP Secretary of State Lawerence Denney in their statewide debate on Thursday night, accusing Denney of partisanship in how he’s run the office — a charge he vigorously disputed.

“I don’t believe that I have been overly partisan,” Denney declared. “I am partisan. But those partisan issues I have turned over to my chief deputy, and they have been dealt with even-handedly, I believe.”

Humble said, “A good Secretary of State has to rise above partisanship. Lawerence Denney knows this. Four years ago he stood on this very stage and said, ‘I will leave my partisanship at the door.' … He hasn’t kept that promise. Instead he’s posted partisan billboards, allowed his political allies to violate our sunshine laws and put all of our data at risk.”

Humble said she was particularly concerned that two Republicans filed late reports in the primary and weren’t fined, while two Democrats were fined this spring. “That looks partisan to me,” she said.

But Denney said another Democrat seeking statewide office filed even later than the two Republicans did, and also wasn’t fined; all three, while filing late, filed their reports within the five-day period his office has been allowing to send them notice and get their response.

“The one Democrat that was fined did not report for 30 days, and she was only fined $400, because she said she had not received that” notice that she was late, he said. The legislative candidate was fined only from the point that she received the notice, he said.

The other fine wasn’t for a candidate, but for a Democratic committee.

Denney also was asked whether, since he’s been an advocate of changing Idaho’s system to automatically fine anyone who violates campaign finance rules, he’d be fining himself for errors in his last two campaign filings that required him to file amendments on Thursday.

“There is nothing in the law to fine for mistakes,” he said, “and that was filed later as an amendment. … The only fines that we can levy are for late filings.”

Denney didn’t respond to the billboards issue; that involved 22 billboards he posted statewide at state expense to advertise the GOP and Constitution Party presidential primary in 2016, when Democrats held caucuses instead of a primary, and those weren't mentioned. Democrats objected. Denney then agreed, under threat of legal action, to alter the billboards to remove the reference to the presidential primary, so they instead just advertised voter information at the Secretary of State’s “Idaho Votes” website.

Humble called for automatically registering Idahoans to vote when they turn 18. Denney said it’s already easy to register to vote in Idaho, as it can be done online, in person, by mail, or even at the polls on Election Day.

“Not everyone wants to be registered,” he said.

Humble countered, “Research proves that if you register people that they will come. I believe that data and I want everybody that can possibly vote to vote and have their choice.”

“We certainly do want everyone to get out and vote,” Denney said. “Voting is not only a privilege, it is a responsibility. But we can’t make people responsible. There’s no way to do that. People have the free will to do what they want.”

He added, “Voter turnout has gone down. I don’t think there’s anything mechanical that has caused that. I think the lower voter participation is because of all the negativity that’s going on. People are turned off by it, they’re staying away from the polls.”

Humble said she believed the closed Republican primary in Idaho “disenfranchises” tens of thousands of voters and depresses voter turnout.

Denney disagreed. “The people who should be voting in that primary are the registered Republicans, if it’s a closed Republican primary,” he said. “The primary is not an election. It is a nominating process.”

“I think the process that we have has more participation than the caucuses would,” he said.

Humble also called for instituting "post-election micro audits," in which 1 percent of ballots would be hand-counted. She said that would ensure the accuracy of election counts.

Denney said in his four years in the office he has "modernized" the office and brought it into the 21st century, with such changes as online voter registration and new online business filings. "We have accomplished a lot," he said. "There is still more to do."