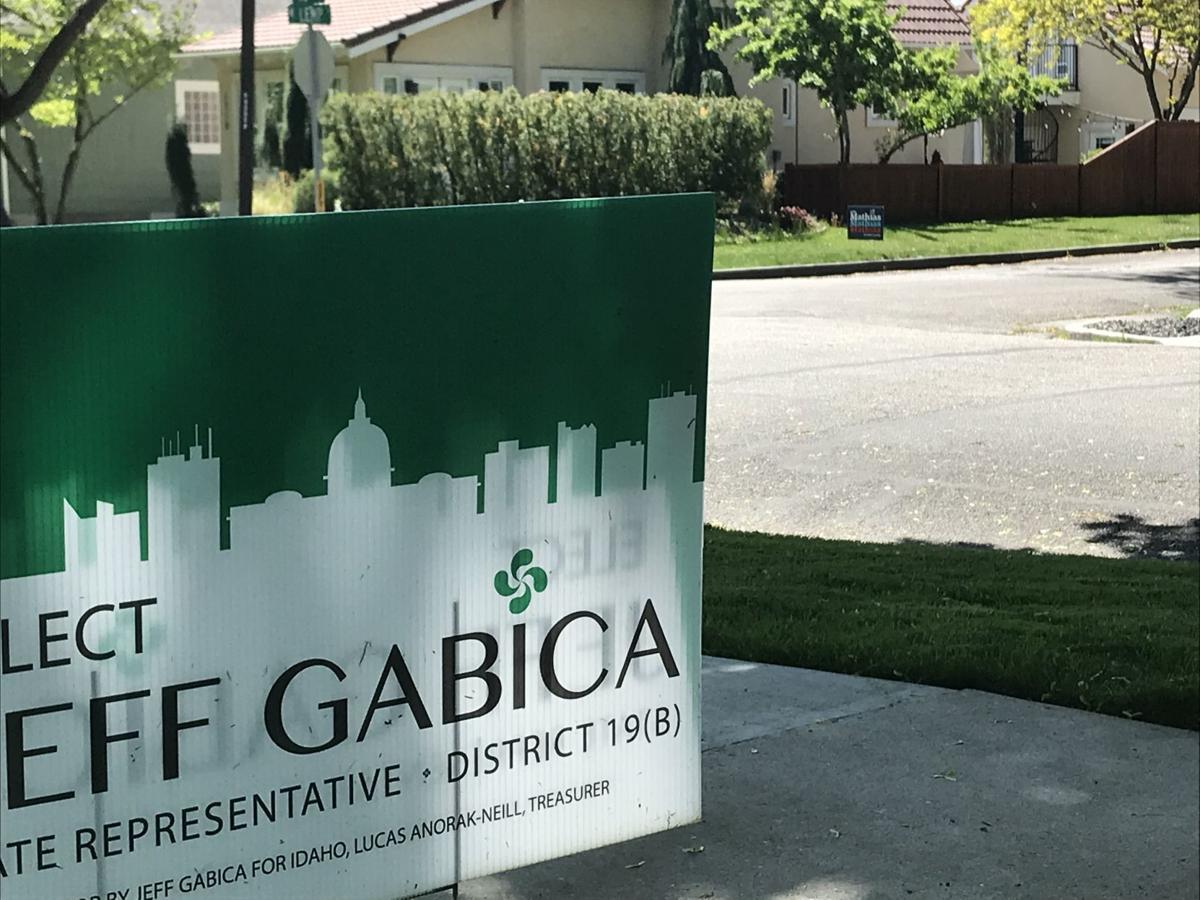 At this North End intersection, one house has two Jeff Gabica yard signs, while the neighbor diagonally across the street has two Chris Mathias yard signs. The two are in a hotly contested race in the Democratic primary for an open House seat in District 19. 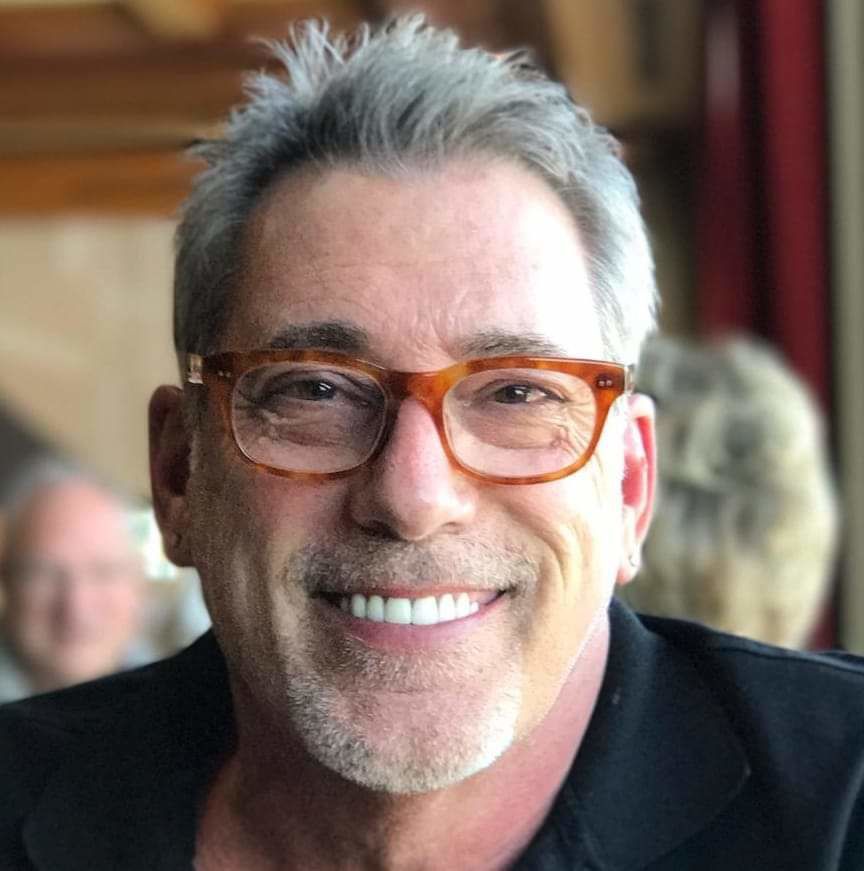 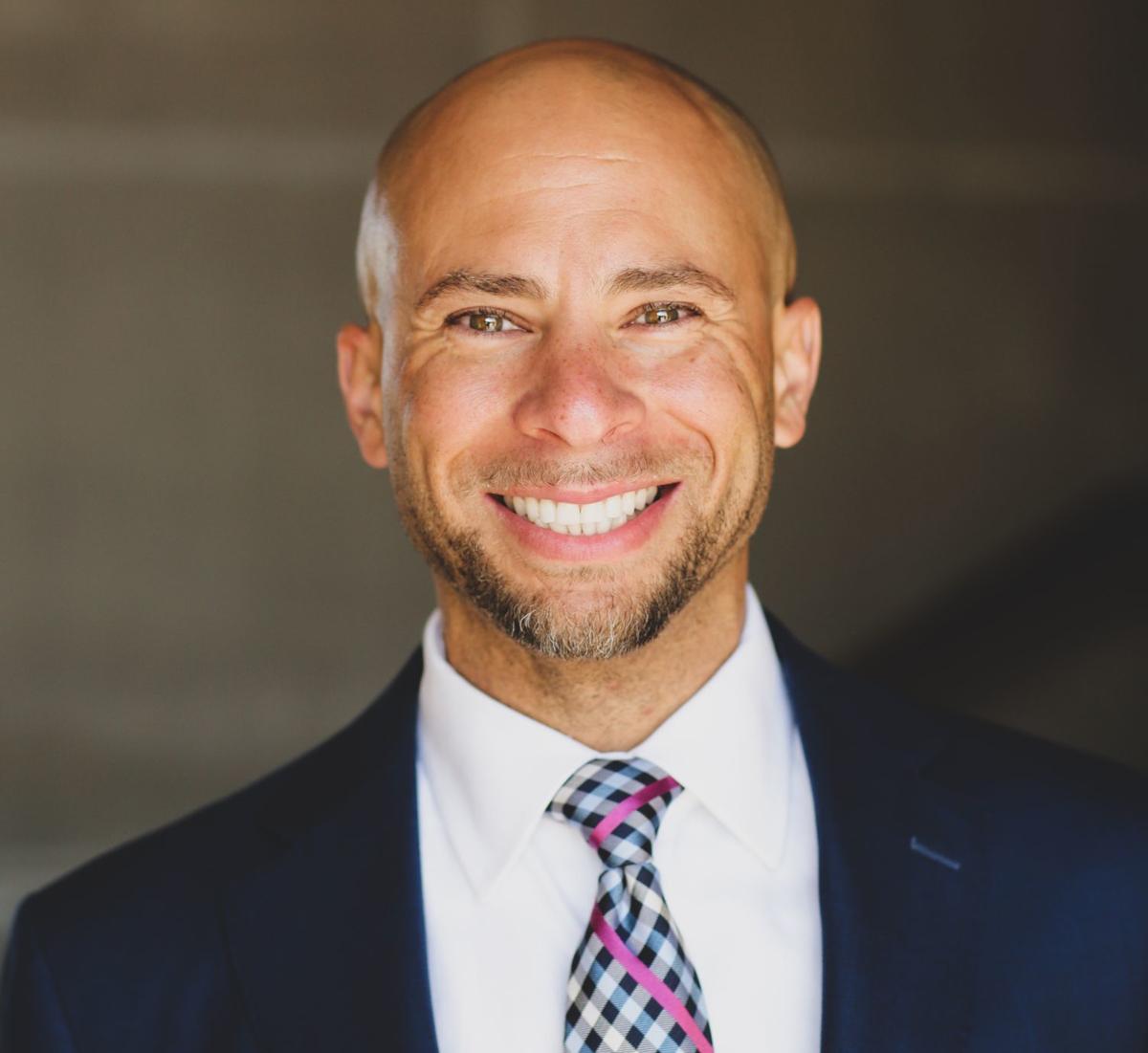 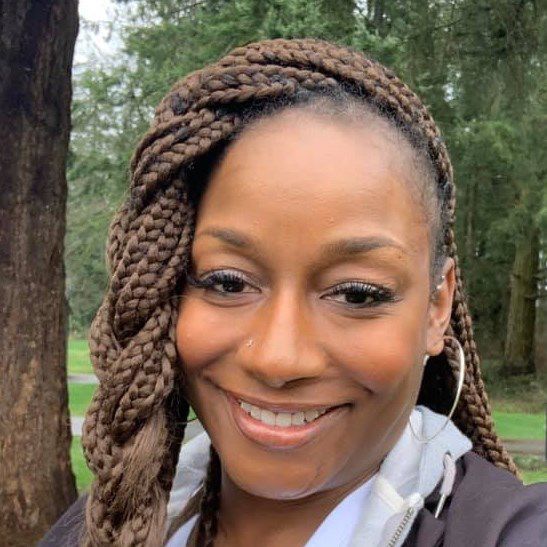 BOISE — One of the most hotly contested legislative primary races in the state is between two Democrats in Boise’s North End — or possibly three.

In an unusual twist, a third Democratic candidate filed for the office, but decided on April 14 to suspend her campaign — too late to be removed from the ballot. And as the lone female candidate among the three, she may draw votes anyway.

The Idaho Press will publish voters guides Friday for Ada County races and Sunday for Canyon County races, with survey answers from all candidates in contested primary races who responded to our questionnaire, in cooperation with the League of Women Voters Vote411 project. Both guides will include congressional races.

“Especially in the Democratic Party, there are voters … who like to vote and support women candidates,” said Boise State University political scientist Jaclyn Kettler. “If it’s not clear or well-publicized that she hasn’t been actively seeking the position, I think that she can still pick up votes.”

Charlene Taylor is no longer campaigning at all; she hasn’t endorsed either of the other candidates.

Meanwhile, Jeff Gabica and Chris Mathias are campaigning hard for the open seat, which opened when Rep. Melissa Wintrow opted to run for the Senate this year. The North End is dotted with yard signs for Gabica and Mathias. Both have active campaign websites and have been reaching out to voters.

Gabica, 63, is a Boise native and a prominent member of Boise’s Basque community, who traveled the world as a purser and flight attendant for Pan Am for eight years before launching an acting career in New York and Los Angeles that included a recurring role on the soap opera “Days of Our Lives.”

“I think my name was ‘Officer Garcia,’” Gabica said. “I was the Hispanic-looking guy.”

After his partner died of AIDS in L.A., the College of Idaho graduate and former drum major for Borah High School's marching band became a volunteer for AIDS-related programs, including delivering hot meals to homebound patients and organizing fundraisers. That turned into full-time work, after Hollywood Community Hospital hired him to develop and operate a volunteer program for the largest AIDS unit in Los Angeles. He returned to Boise in 1995 and founded Jumpin’ Juice and Java, which he ran for 20 years before selling it; then went into real estate, in which his projects have included buying and restoring the historic Roosevelt Market.

“I’m a 63-year-old gay man who lived through the AIDS pandemic and buried partners and friends and co-workers,” Gabica said. “I did 20 or 30 years of advocacy for AIDS organizations and produced fundraisers for them all over the world.”

Gabica was inspired to run for the Legislature after attending hearings on this year’s anti-affirmative action and anti-transgender bills.

“It was really disturbing for me that these bills attacked my own community, people that are marginalized and don’t have a voice on the floor,” he said. “I couldn’t stand by any longer to see my community, all communities, all humans facing lack of human rights being destroyed by the Legislature.”

Mathias, who turns 42 next week, is a former Boise State University student body president and a Coast Guard veteran with both a law degree and a Ph.D. in law and public policy, who served as chief academic officer for Idaho’s State Board of Education for three years. He now works remotely from Boise for the University of California-Santa Cruz on the Smarter Balanced Assessment, the student testing program that Idaho schools use.

Mathias came from humble roots, attending a one-room schoolhouse in Vermont until he was 8; it wasn’t until the GI Bill brought him to Boise State after his Coast Guard service that he began to excel academically. He’s active in Democratic Party politics, serving on both the state and county party executive committees; and served as a substitute for Sen. Cherie Buckner-Webb, D-Boise, in the Senate more than half a dozen times over the past two years.

He’s also racked up endorsements from Wintrow and several other prominent Democrats, along with some prominent Republicans, including former state board member Don Soltman, who contributed $500 to his campaign. Mathias drew some criticism from Gabica for donating $50 to GOP Gov. Brad Little’s campaign in 2018.

“I think I’m a little next-generation,” Mathias said. “I’m half black, half Jewish, I’m a Democrat but I’m a military veteran. I don’t fit neatly into boxes. … I think people have an appetite to get beyond just straight Democrats vs. Republicans.”

Taylor, 45, a former BSU professor who works in the nonprofit sector for criminal justice reform, said she first entered the race to work for education and criminal justice, and also because with Buckner-Webb retiring from the Senate, “There’s a lack of diversity in the Idaho State Legislature, and I don’t believe that the Legislature reflects the changing population of the state. I believe it’s really important to have people of all backgrounds, be that racial or ethnic backgrounds, sexual orientation — I believe it’s important to have everybody at the table when we have conversations about the future of the state.”

Buckner-Webb is currently the only black member of the Idaho Legislature; there is just one openly gay lawmaker, Rep. John McCrostie, D-Garden City.

Taylor, who is black, said of Gabica and Mathias, “I think both men bring a lot of good characteristics to the table. I think District 19 will be well-represented.”

She said she suspended her campaign “not because I didn’t want to run, but because given the challenges that have arisen as a result of the coronavirus, my home and work responsibilities increased to such a level that I just didn’t believe I could run the kind of campaign I wanted to. … I have four kids that I’m helping raise at home, and a job in criminal justice … which has been deeply affected by the coronavirus.” She’s a senior researcher for the National Council on Crime and Delinquency. “So many people are home and working less,” she said, “and I am home and working more and also home-schooling.”

Jason Hancock, deputy Idaho Secretary of State, said, “The deadline for formally withdrawing was March 27 this year, so she’s on the ballot and will stay on the ballot, regardless of whether she’s actively campaigning or not.”

Gabica and Mathias are mostly on the same page on the issues. Gabica lists his top issues as human rights, equality for women, and protection of the environment, including addressing climate change. He also lists education, health care, affordable housing, prison reform, welcoming refugees, and fighting corruption. He supports legalization of medical marijuana and a $15 minimum wage, and helped gather signatures for initiative petitions on both issues.

Mathias lists his top issues as strengthening public schools, “healing a warming planet,” human rights and health care access. He contends more state funding for schools would ease the state’s property tax burden; and wants to address Idaho teacher retention and recruitment and addressing the needs of students who have suffered trauma.

“I tend to go all-in on education,” he said.

Both candidates are making their first run for office.

On Mathias’ $50 campaign donation to Little, Gabica said, “When you support a person in that way, you also support their proposals and their agenda. There’s no way I would support the agenda that’s put into place by Brad Little. I am thankful, though, that he did respond to the COVID virus the way he did.”

Mathias said he made the donation “for the same reason that I get a little bummed out when I hear about people going to the voting booth and just vote straight ticket, single-party voting. I look for who’s the most qualified. And while I share all of the same values as Paulette Jordan, it was clear that she was not going to win, and it was clear she wasn’t the most qualified. Little was endorsed by Conservation Voters of Idaho, he’s certainly strong for education. … I hoped that he would be the firewall that we needed to protect especially vulnerable Idahoans from the right wing of the party.”

He’s since changed his mind, Mathias said. “When he put his signatures on the anti-trans and anti-affirmative action bills, as a person of color, that hit me pretty hard. I lost the hope that he would protect us from the right wing of the party.”

District 19 is perhaps the most heavily Democratic legislative district in the state. It hasn’t elected a Republican to the Legislature since moderate GOP Rep. Kitty Gurnsey, longtime co-chair of the budget-writing Joint Finance-Appropriations Committee, left office in 1996. By contrast, most of Idaho’s legislative districts are heavily Republican; the GOP currently holds 80% of the seats in the Idaho Legislature.

“It’s one of the few really good, safe districts for Democrats,” Kettler said, “and you have an active population in the district engaged in politics, active at the community level on up.” That means there are “always a lot of strong potential candidates for Democrats in the district,” she said. “So when you actually get an open seat, there is a lot of competition.”

This story has been updated after the Idaho Secretary of State's office corrected a glitch in its website that made Mathias' $500 contribution from Don Soltman appear to be a $1,000 contribution.

BOISE — Gary Parent II was inspired to run for the state Legislature after an unhappy experience with the justice system.