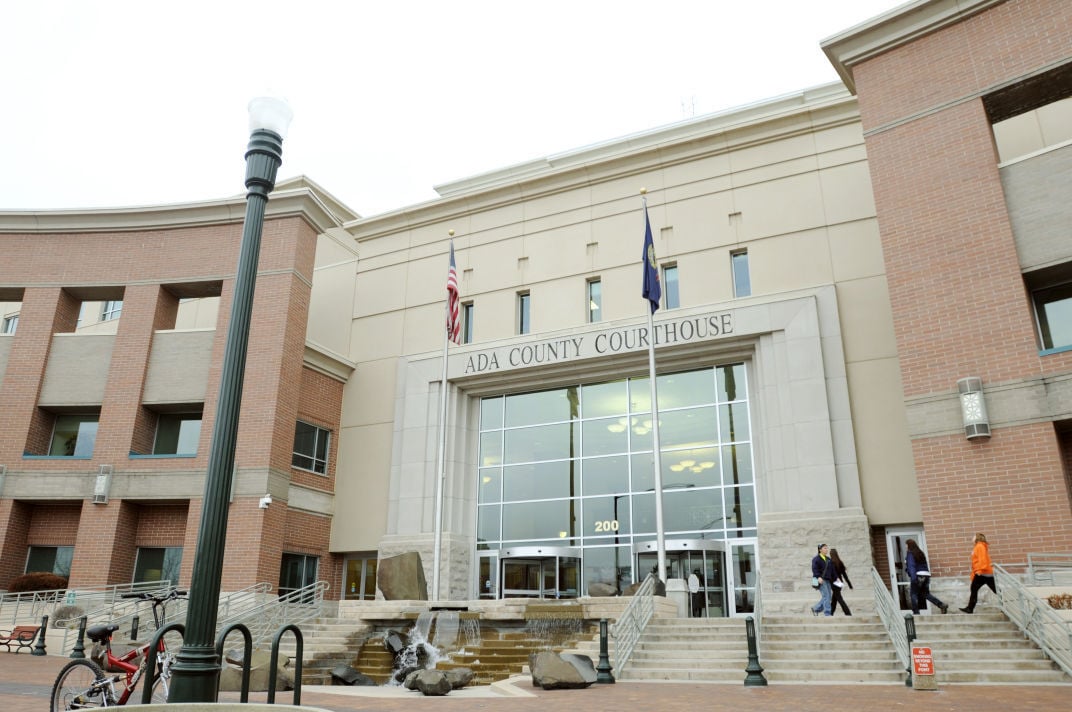 The Ada County Courthouse in Boise.

The Ada County Courthouse in Boise.

BOISE — Four Kuna defendants charged with raping an 18-year-old woman in February had their cases remanded back to magistrate court Tuesday, where they will likely accept plea agreements.

Elias Lupango, 20; his brother, Ulimwengu Lupango, 17; Swedi Iyombelo, 18; and Mulanga Rashidi, 19, were each originally accused of rape, a felony punishable by up to life in prison. In Ulimwengu Lupango’s case, the charge meant he would be tried as an adult, since rape is one of nine crimes for which juveniles are waived into adult court in Idaho.

Police and prosecutors say the four in February raped an 18-year-old woman in a car in Kuna. The woman had been communicating with Iyombelo online, they said, and she agreed to meet up with him. When she arrived, though, all four were there instead of just Iyombelo. Each of them are accused of forcing themselves on her, according to a statement from the Ada County Sheriff’s Office.

A judge set their bond at $250,000. An August trial date was pushed back to January.

On Tuesday, though, attorneys asked 3rd District Court Judge Bradley Ford to remand the cases back to magistrate court. They said they planned on reaching a plea agreement, and hoped to present it to a magistrate judge there on Friday.

Additionally, said Tanner Stellmon, the cases’ prosecutor, Ulimwengu Lupango’s case will likely be resolved in juvenile court, since he is not yet 18. Ulimwengu Lupango has been held at the Ada County Juvenile Detention Center since May. Prior to that, he’d spent about three months in the Ada County Jail, because he had been charged as an adult; however, per Idaho law and the Prison Rape Elimination Act, he’d been separated from the adult inmates at the facility.

Stellmon said he hoped on Friday to have the paperwork necessary for the transfer ready for a judge’s approval.