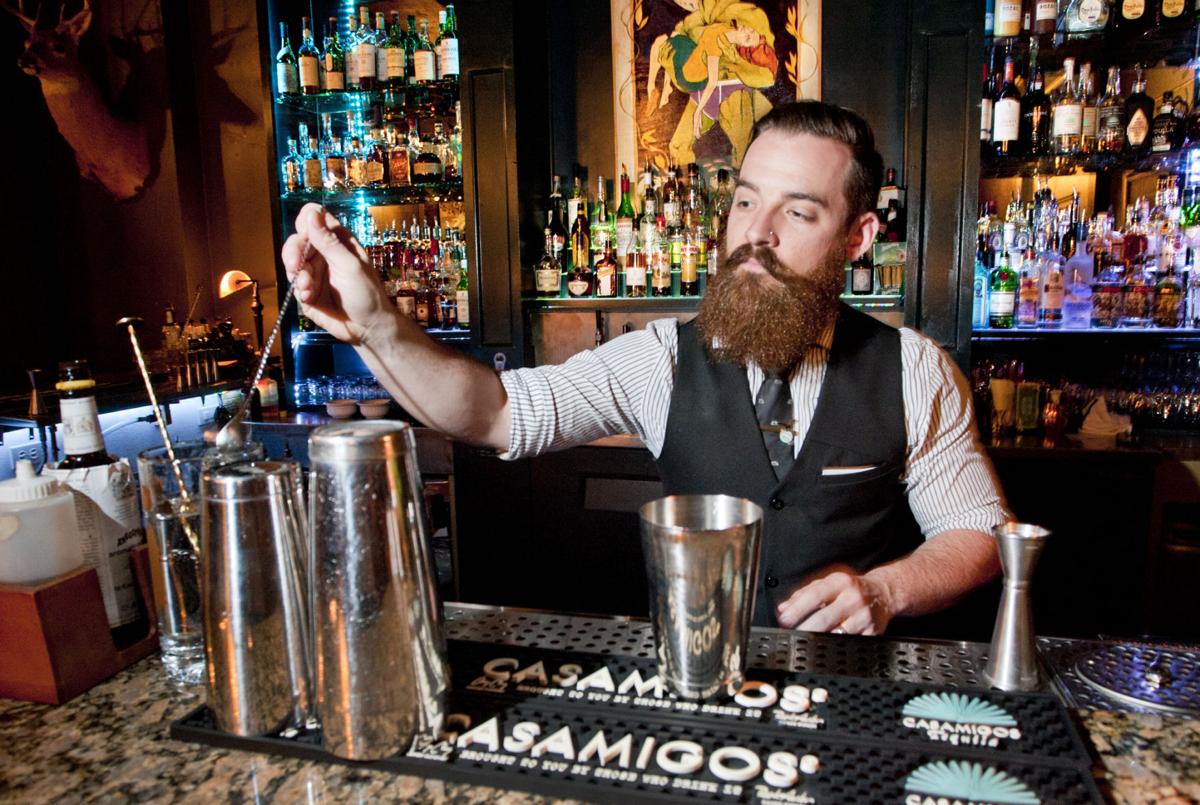 Nicholas Boban, owner of Craft Lounge in downtown Nampa, mixes a drink from behind the bar, Monday, April 22, 2019. 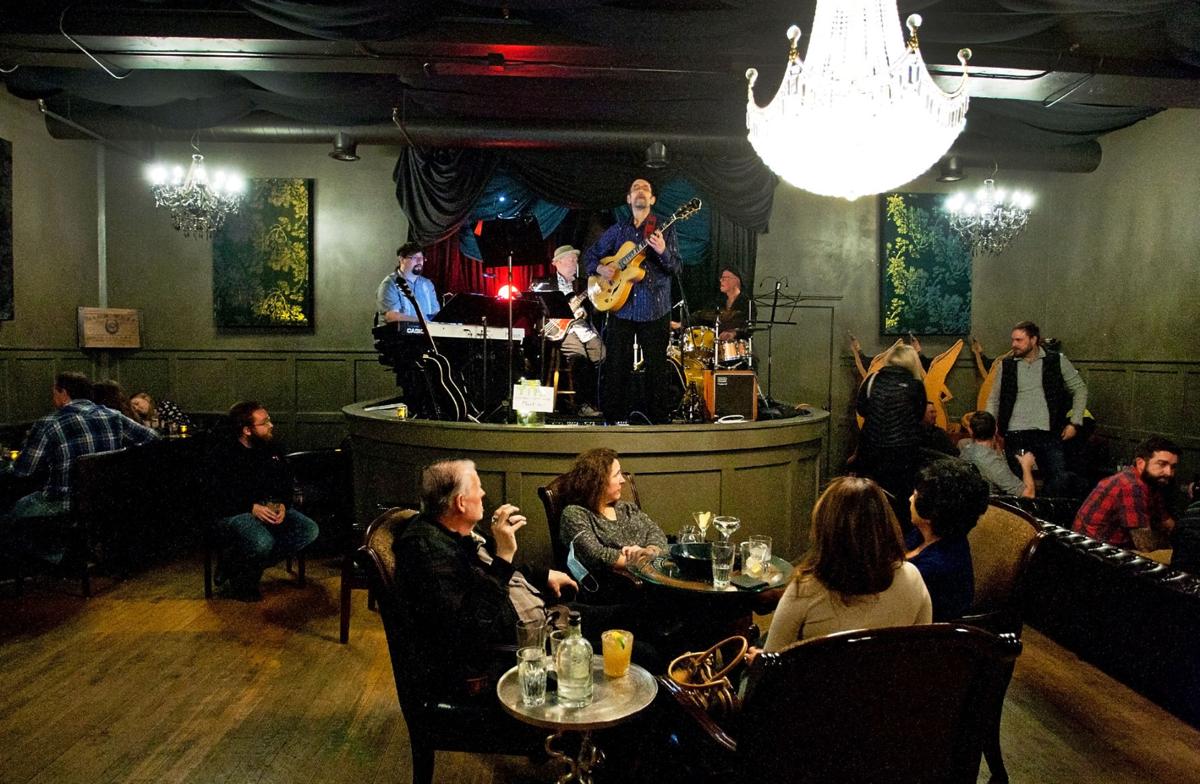 Members of the Canyon County Jazz Connection jazz quartet perform for patrons of the Craft Lounge in Nampa, Saturday, March 6, 2021. 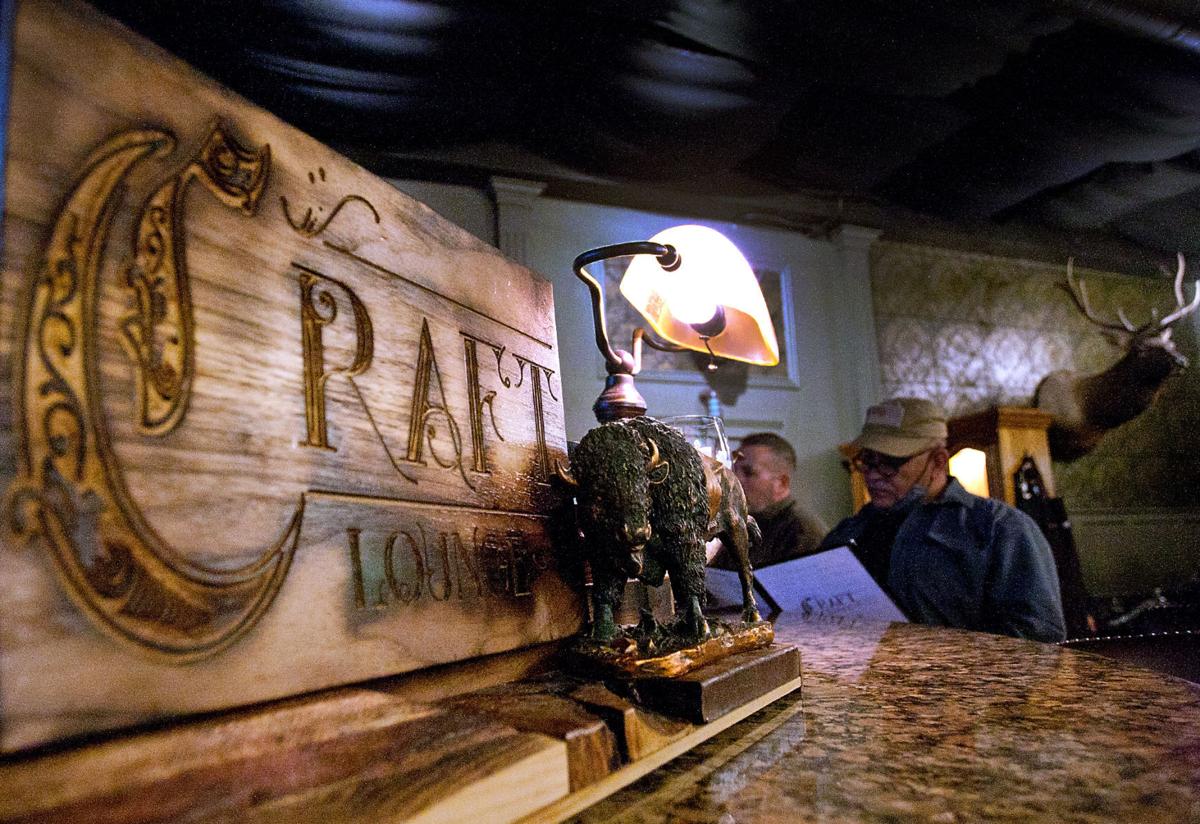 A bar patron looks over a menu at Craft Lounge in Nampa, Saturday, March 6, 2021. 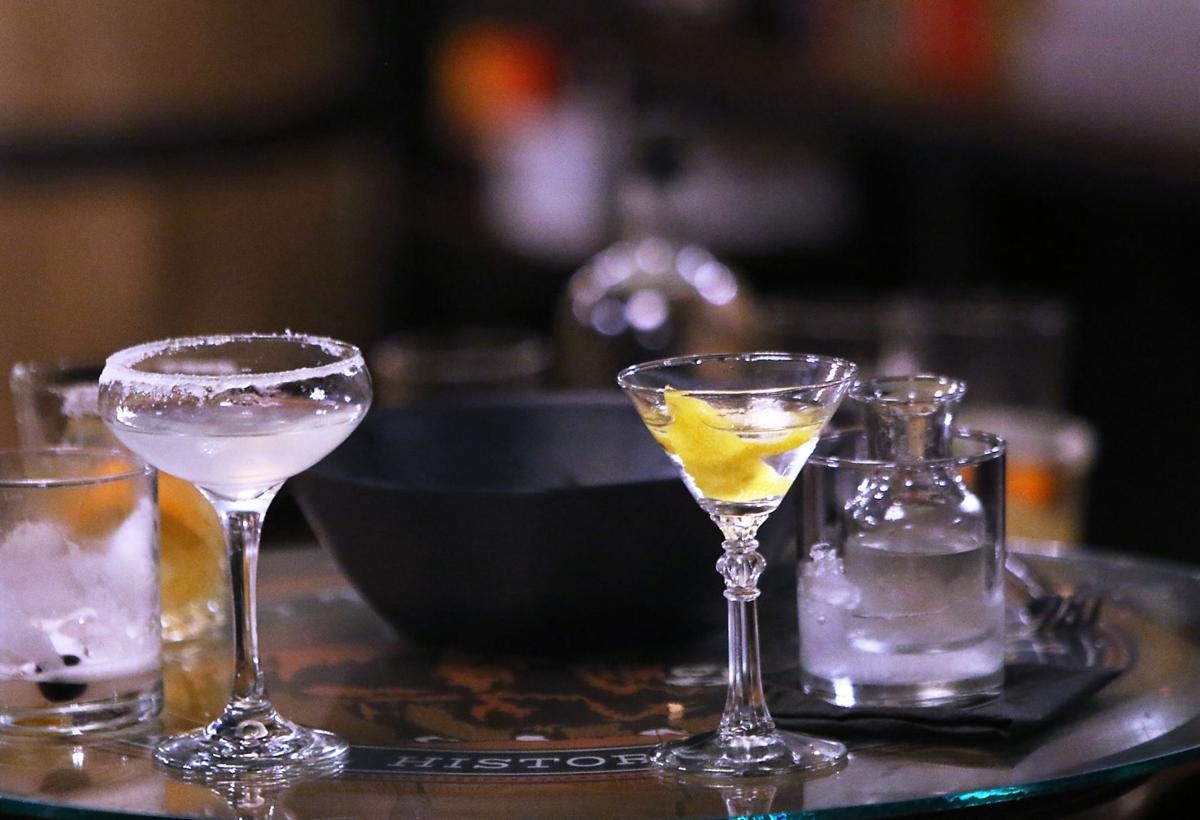 A variety of drinks sit on a table at Craft Lounge in Nampa, Saturday, March 6, 2021. 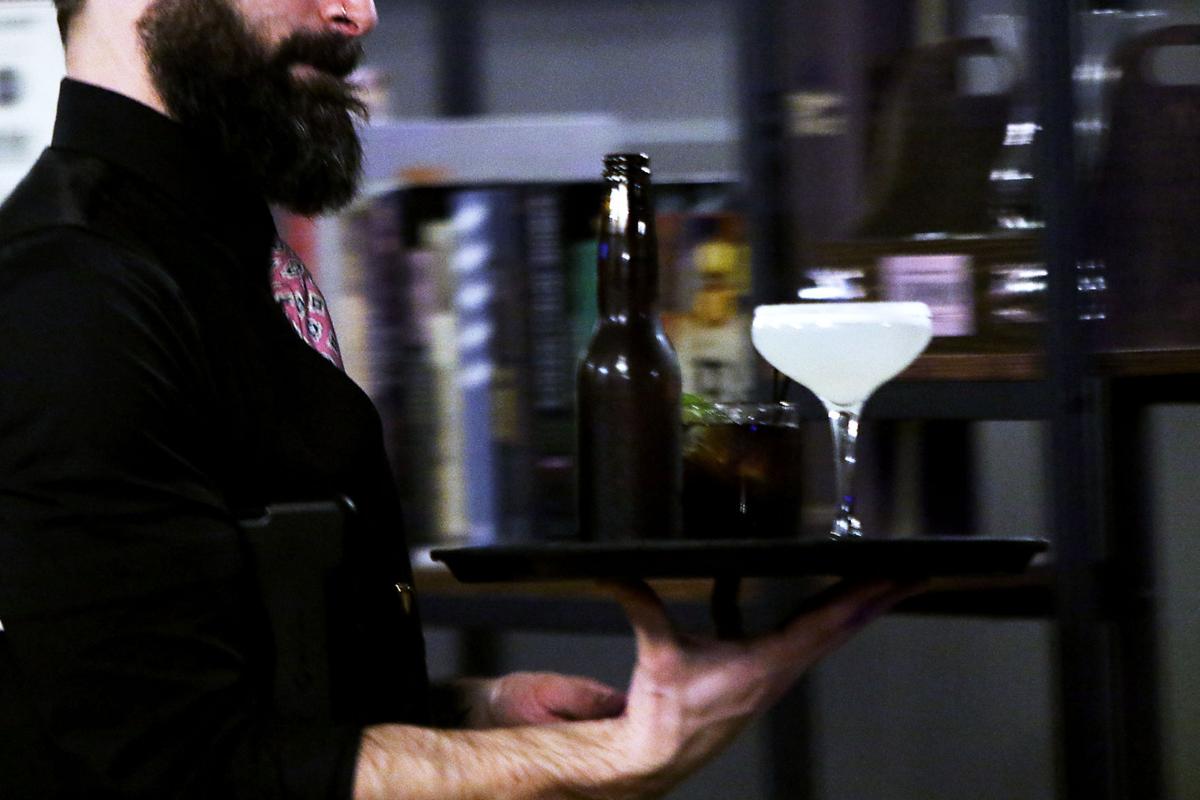 Drinks are served at Craft Lounge in Nampa, Saturday, March 6, 2021. 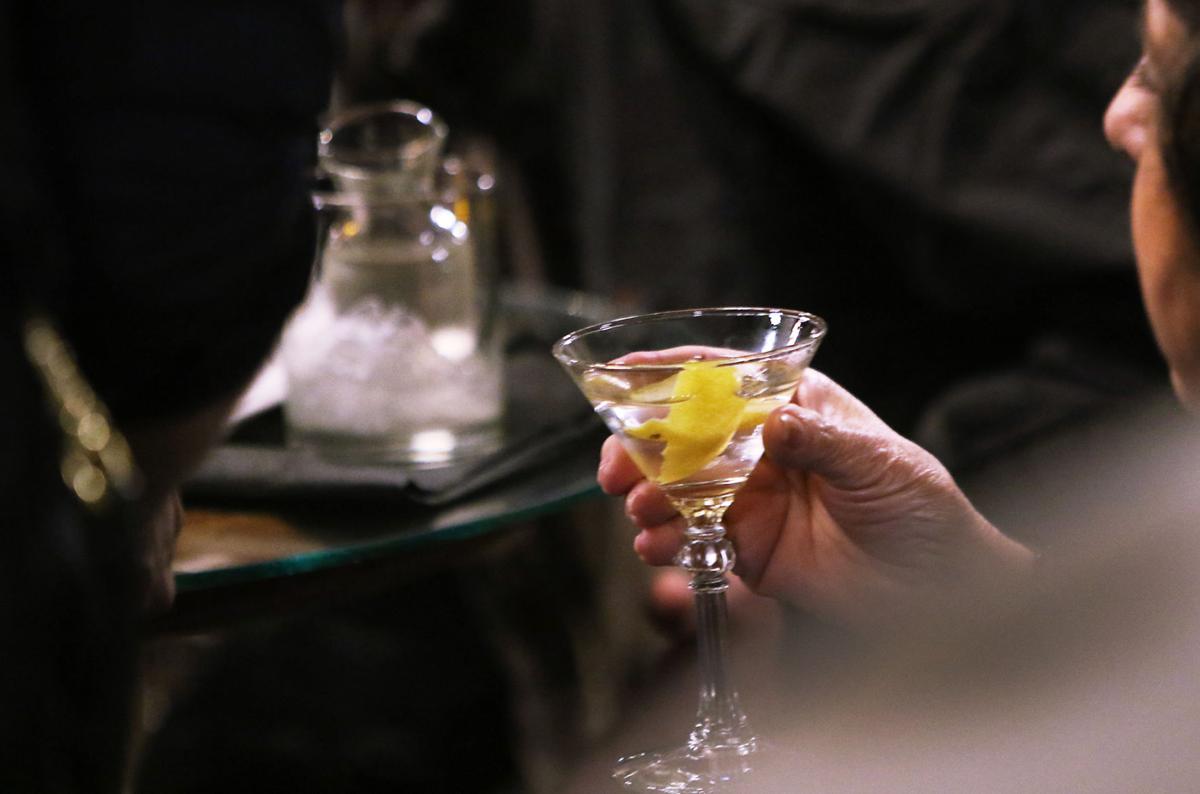 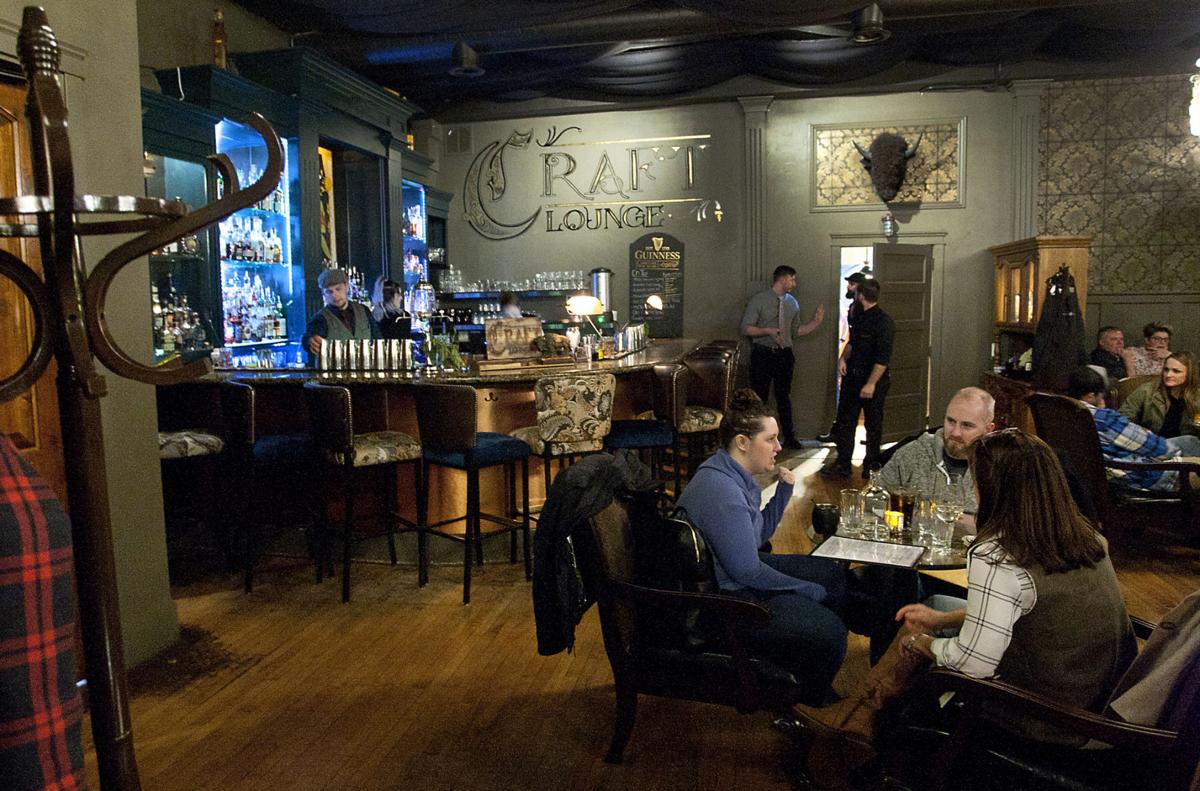 Patrons have drinks at Craft Lounge in Nampa, Saturday, March 6, 2021. 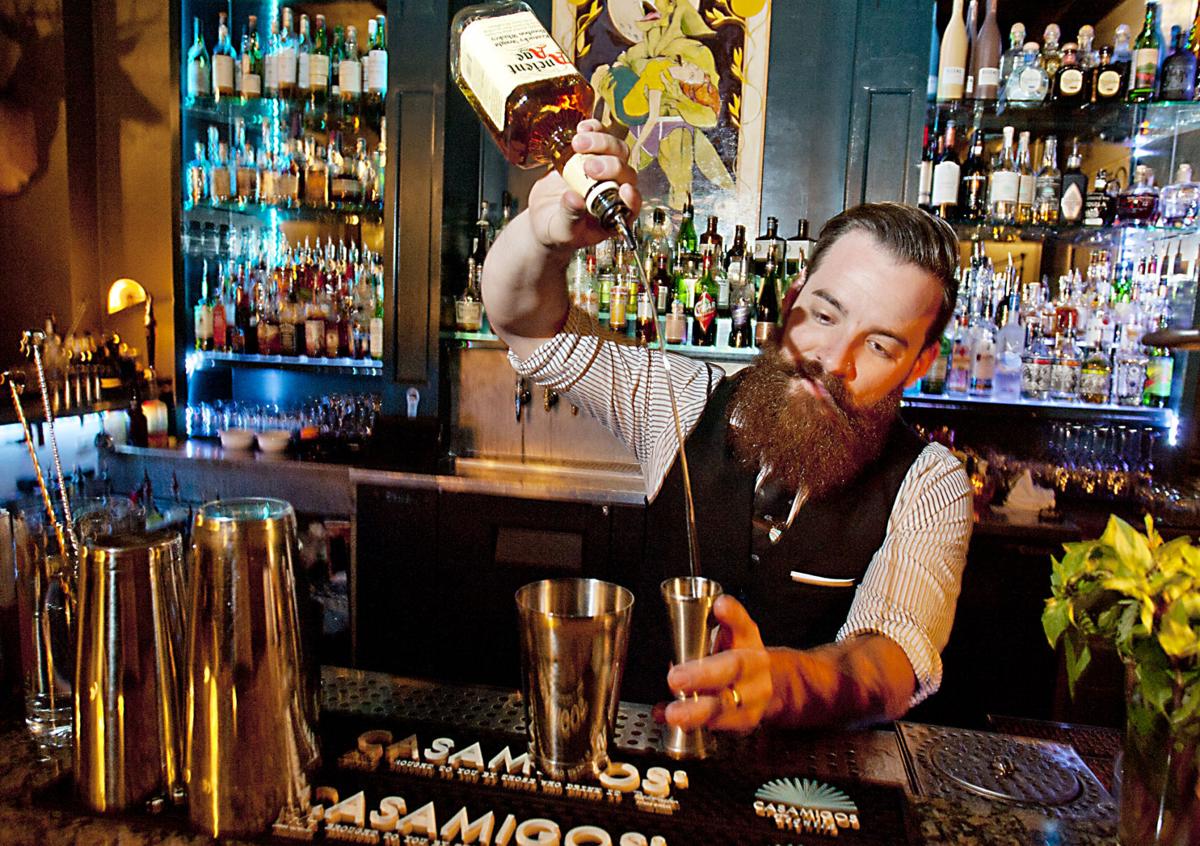 Nicholas Boban, owner of Craft Lounge in downtown Nampa, pours a drink from behind the bar on April 22, 2019. 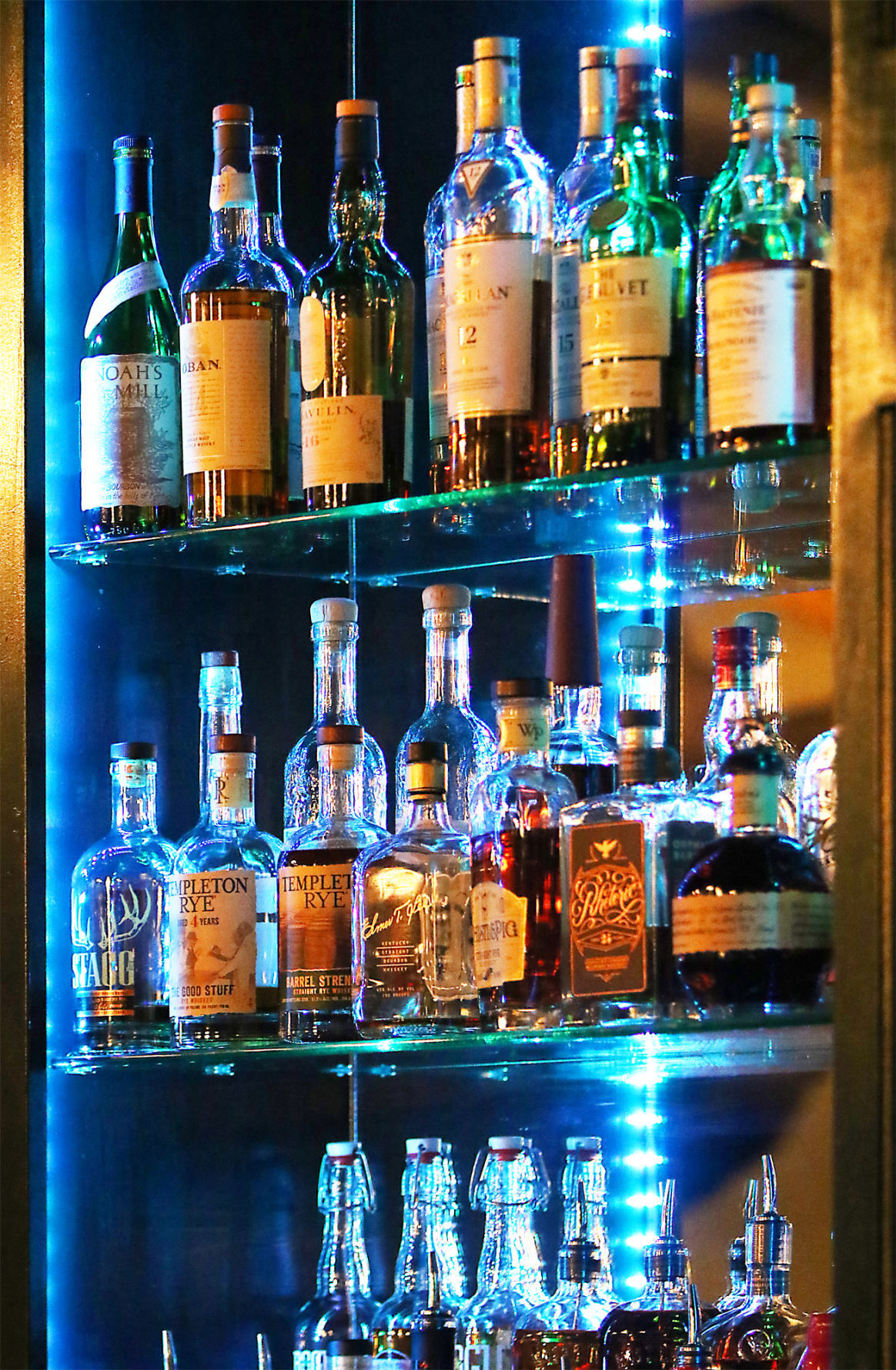 Nicholas Boban, owner of Craft Lounge in downtown Nampa, mixes a drink from behind the bar, Monday, April 22, 2019.

Members of the Canyon County Jazz Connection jazz quartet perform for patrons of the Craft Lounge in Nampa, Saturday, March 6, 2021.

A bar patron looks over a menu at Craft Lounge in Nampa, Saturday, March 6, 2021.

A variety of drinks sit on a table at Craft Lounge in Nampa, Saturday, March 6, 2021.

Drinks are served at Craft Lounge in Nampa, Saturday, March 6, 2021.

Patrons have drinks at Craft Lounge in Nampa, Saturday, March 6, 2021.

Nicholas Boban, owner of Craft Lounge in downtown Nampa, pours a drink from behind the bar on April 22, 2019.

NAMPA — Through a janitor’s closet door inside the old Masonic temple in downtown Nampa, you’ll find a beautiful sprawl of tables and antique decorations (grand piano included), as well as staff ready to serve handcrafted cocktails.

Craft Lounge, a beloved, low-key speak-easy, was founded in 2018 by co-owners Nick Boban, a mixologist and Nampa local who set up shop in the space, and Dustan Bristol, chef and owner of the Brick 29 Bistro upstairs and part-owner of the renovated temple at 320 11th Ave. S.

On weekends inside the low-lit lounge, you’ll find jazz musicians playing to a space filled with customers enjoying drinks crafted with syrups made in-house, often with flavors suggested by locals.

This is Boban’s fourth year managing Craft Lounge. Its success has been the result of a consistent local customer base and, according to Boban, a word-of-mouth marketing style. At this point, Boban is considering a second location, potentially in Caldwell or Boise, and perhaps with an updated theme, depending on where a new retail space becomes available.

The initial inspiration for Craft Lounge was to create a hospitality business for adults centered around the lounge concept — table service, a place to sit down and relax, listen to local music and enjoy traditional, simple cocktails made with great ingredients. Asked to describe the vision when Craft Lounge opened, Boban said the space today is just what he had in mind.

The bar’s mission is all about building a sense of belonging through the exploration and education of the early American cocktail culture, which Boban noted there isn’t much of in Idaho, specifically in Canyon County. He began experimenting with drinks as a bartender, eventually opening Craft Lounge with basic, classic cocktail recipes modeled after drinks that have been around for decades.

The space came together organically, and Bobin did not intend for it to resemble a speak-easy. When Craft Lounge first moved in, staff renovated the space in the lower level of the temple, forcing the bar’s entrance to be located at an unassuming wooden door down a side hallway. Co-owner Bristol bought the “Janitor’s Closet” sign as a joke, which Boban intended to change, but his customer base enjoyed it so much he was eventually overruled, and it remains on the door.

“We don’t see a lot of this here in Idaho,” Boban said, referring to the lounge-style bar and its speak-easy feel. When he began floating the idea, local sentiment was that Nampa didn’t need another bar, he said. But the intention of Craft Lounge was to provide a service that was unlike your average neighborhood bar. “We’re trying to give the rest of the world a place to hang out,” Boban said.

Craft Lounge features live music every Thursday and Friday, and Boban plans to eventually host jazz groups and other local musicians every Saturday night. The resident pianist plays from the stage at the back of the bar on a grand piano, donated by Boban’s parents.

Other notable décor includes a collection of stuffed and mounted animal heads mounted to the walls above tables. The mounts also were donated by customers and friends. One is a buffalo, another is an elk. A wild pig named “Henry the Hog” sits near the entrance, while a pronghorn donated by a school teacher which staff has named “Omar” sits in the adjoining room.

The business has been fortunate through the pandemic. Craft Lounge got approval to begin selling to-go drinks, which Boban expects to be part of the business model well into the future. “We’re actually finding that our guests are being more responsible,” he said. “Instead of staying for three or four drinks, they’re staying for one or two, and they’re taking one or two home with them to finish off.”

Craft Lounge now produces its own line of syrups, which have been picked up by Albertsons. Branded “House Made," the syrups are purchased by customers and fellow local businesses alike. “The syrup actually arose out of a need from our guests,” said Boban. The lounge has always produced its own syrups in-house, previously selling the products to customers enthused by the flavors from across the bar in old liquor bottles.

The intention is to allow people to host their own cocktail parties at home using quality ingredients. Currently, House Made’s best sellers are ginger and tonic. Boban said he plans to phase out the cola flavor, another favorite, to begin selling Orgeat — a tiki almond syrup — and Huckleberry, which will launch this spring, and requests for new flavors are always welcomed.

“The local community here and all of our guests are phenomenal,” Boban said. “That’s who keeps us around.”