DUE TO POPULAR DEMAND 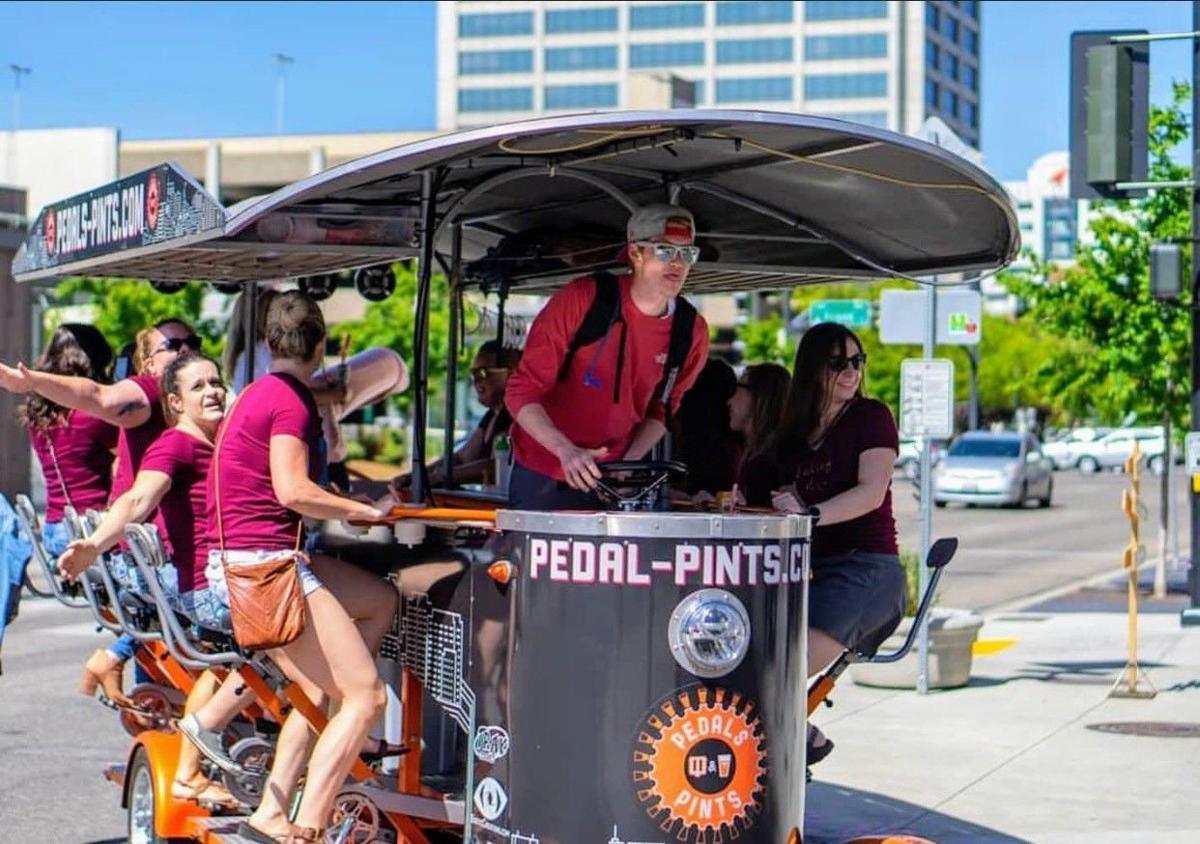 A Pedals and Pints bike bar takes riders around downtown Boise in this file photo. 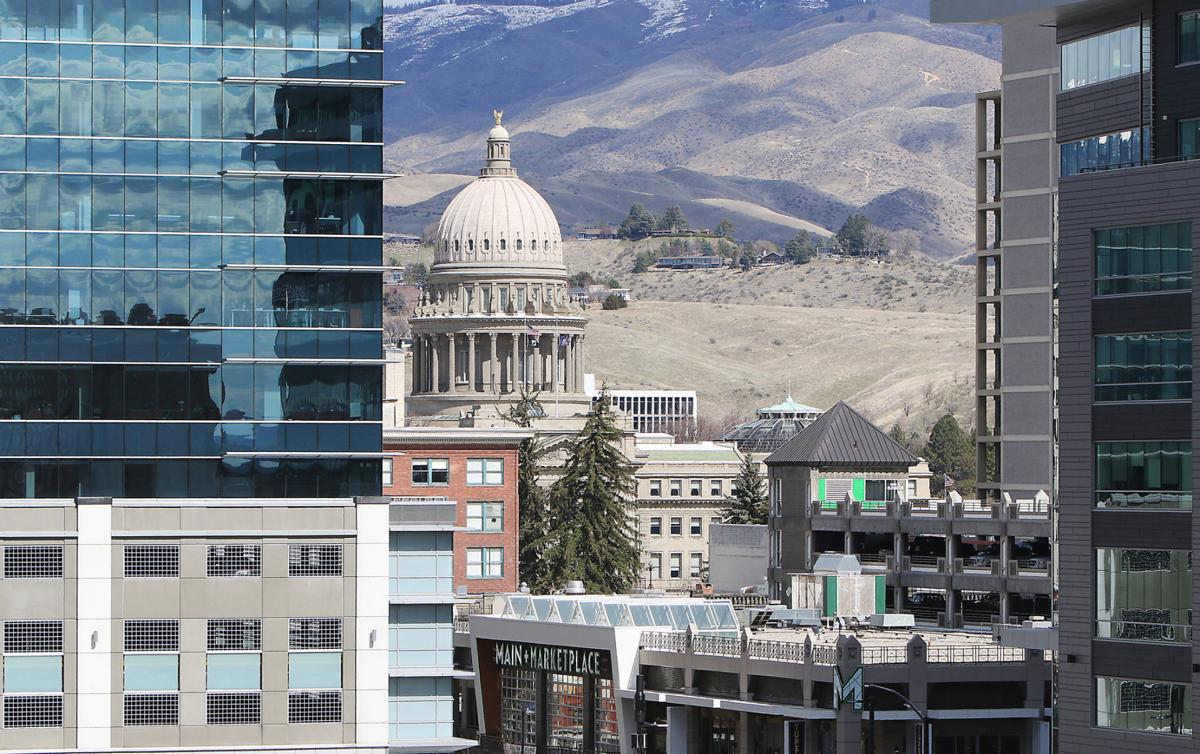 The city of Boise first allowed bike bars in 2012 and is now considering revising the rules governing them. 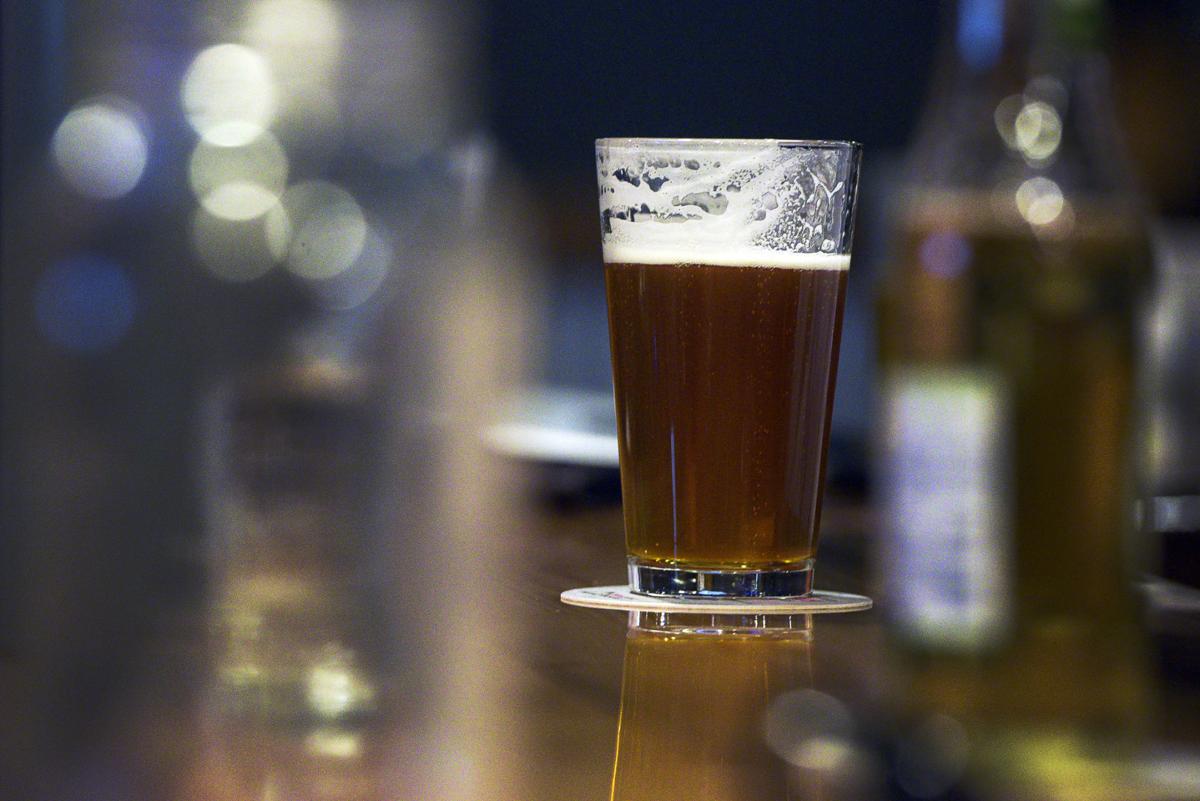 Bike bars, first allowed in Boise in 2012, allow groups to sip beer and wine and listen to music as they pedal to bars and restaurants. 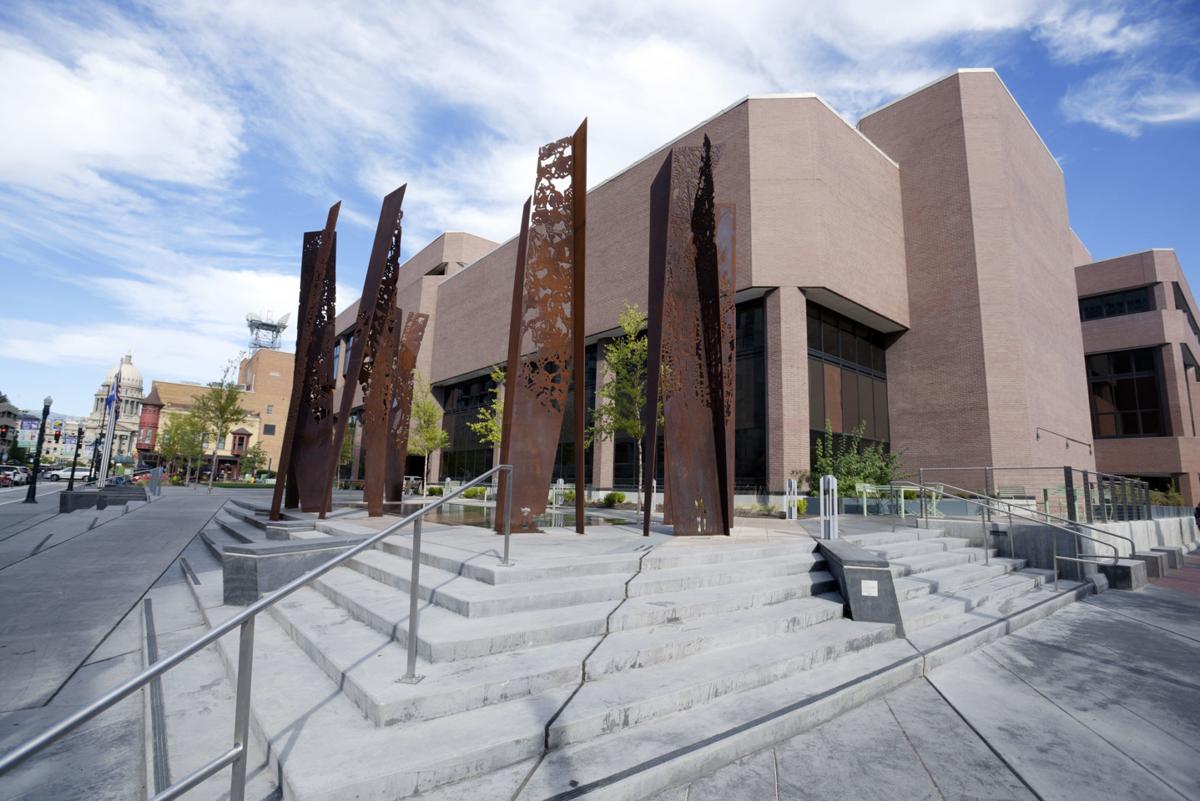 A Pedals and Pints bike bar takes riders around downtown Boise in this file photo.

The city of Boise first allowed bike bars in 2012 and is now considering revising the rules governing them.

Bike bars, first allowed in Boise in 2012, allow groups to sip beer and wine and listen to music as they pedal to bars and restaurants.

BOISE — The bike bar experience in downtown Boise may be different when the vehicles are allowed to return to the streets.

Boise City Council on Tuesday discussed regulating the divisive transports that take residents around the city by pedal power to visit different bars, dance to music and drink beer and wine on the go. Changes could include banning amplified sound systems and onboard consumption of alcohol and limiting hours of operation.

Since they were first allowed in 2012, bike bars have accrued a mounting list of complaints, including drunk and disorderly behavior, loud music and yelling disturbing residents and patio diners, public urination and parking in handicap stalls or improper places, city of Boise Senior Administrative Services Manager Craig Croner said. Riders have also fallen off of the bikes due to drunkenness, and Croner shared a video of a customer leaving a bike bar while intoxicated to swim in a downtown fountain to cool off on a hot day.

Michael Thomas, owner of Pedals & Pints, a local bike bar for nearly a decade, rebuffed the comments made by Croner and council members. Thomas contends his business, which has seen significant growth in recent years, brings tens of thousands of dollars to local bars. “The small contingent” of people who complain about the attraction are “much louder than the ones who love it,” Thomas told the Idaho Press on Thursday.

“For us to be on the docket to be eliminated like that over a handful of complaints, it’s just crazy to me,” he said. “That’s not reasonable or logical.”

Thomas said his business has addressed complaints, by installing portable bathrooms at the Pedals & Pints pick-up location downtown, to discourage public urination, and by limiting the volume of speakers on the bikes.

“I have a history of working with the city to manage these complaints,” he said. “We’re doing our best to be responsible. It is a party-like atmosphere — that’s the purpose of it.”

Croner presented three options for the council to consider to address the issues, and all six council members gave differing answers. Their choices included leaving the bike bars as is, banning them altogether or changing code to regulate them in some way. Croner will begin outreach with the bike bar companies operating in the city to discuss the possible regulations and return to council at a later date with a firm proposal.

“My attitude is you should be able to do whatever you want unless you’re bothering other people, but these things are almost custom-made to bother everybody else to the maximum amount possible,” Bageant said.

Other council members preferred a more moderate approach. City Council President Pro Tem Holli Woodings said she remembers when the bike bars were an exciting addition to Boise and were seen as an economic development tool to encourage people to visit a variety of bars.

One of the ways she supports regulating the bike bars would be to remove the city’s approval of drinking on the bars that was added in 2013. This means instead of using the vehicles to cruise the streets of Boise while customers drink, they use the vehicles as a fun way to do a pub crawl and spend their money in multiple local businesses. Woodings said she did not want the city to have to become “the fun police,” while still reducing some of the impacts.

“I would like to get back to that original intention of having the bike bars be more of a pub crawl while eliminating a lot of those issues we’re seeing with patrons actually consuming alcohol on the bike bars,” she said.

City Council Member TJ Thomson said he would not support a ban on them of any kind, but he supports preventing them from having an amplified sound system and reaching out to touch people on the street for high fives, which is a common practice. And instead of banning alcohol on them altogether, he would prefer to see them only allow alcohol in certain hours.

“When I’ve seen them out on the street at 5 p.m or 6 p.m. I could give a hoot,” he said. “But when it gets later and the intoxication could increase, that’s when they could no longer have their own alcohol and it becomes a pub crawl.”

Croner said the city has issued tickets for improperly parked bike bars, and police officers have approached the companies about turning down the music, but it hasn’t proved effective.

“They paid all of their parking tickets, but we’ve seen all of the same behavior,” he said. “Turning down the noise works for a day or two and then we’re getting complaints again.”

City Council Member Jimmy Hallyburton expressed concern about their operation during rush hour, which impedes traffic on busy roads like Capitol Boulevard. He suggested limiting their operation hours, but questioned the efficacy of regulating their music, onboard alcohol and other measures because it could put them out of business altogether.

“I don’t look at them and see a tremendous value they bring to anyone else besides the people who are on them,” he said, “and I do believe they are damaging in other ways when it comes to traffic and the experience people have in downtown. But I do question whether (these regulations) would even be an option.”

When asked about the suggested regulations, Thomas pointed to Pedals & Pints self-regulating the volume level on its bikes, although he couldn’t say whether other local bike bars do the same. He also said he’d be willing to remove his bikes between 4 p.m and 6 p.m., “to relieve any congestion we might cause.” Banning consumption, however, would “be a tough one,” he said.

“If they do shut that down it’s, a coin flip as to whether or not the business can survive,” Thomas said.

Instead, the city could grant bike bars licenses to serve alcohol, Thomas said. That way, the employees could regulate the amount of alcohol consumed on their bikes.