The Canyon County Election building in Caldwell on Thursday Nov. 3, 2016, for early voting. 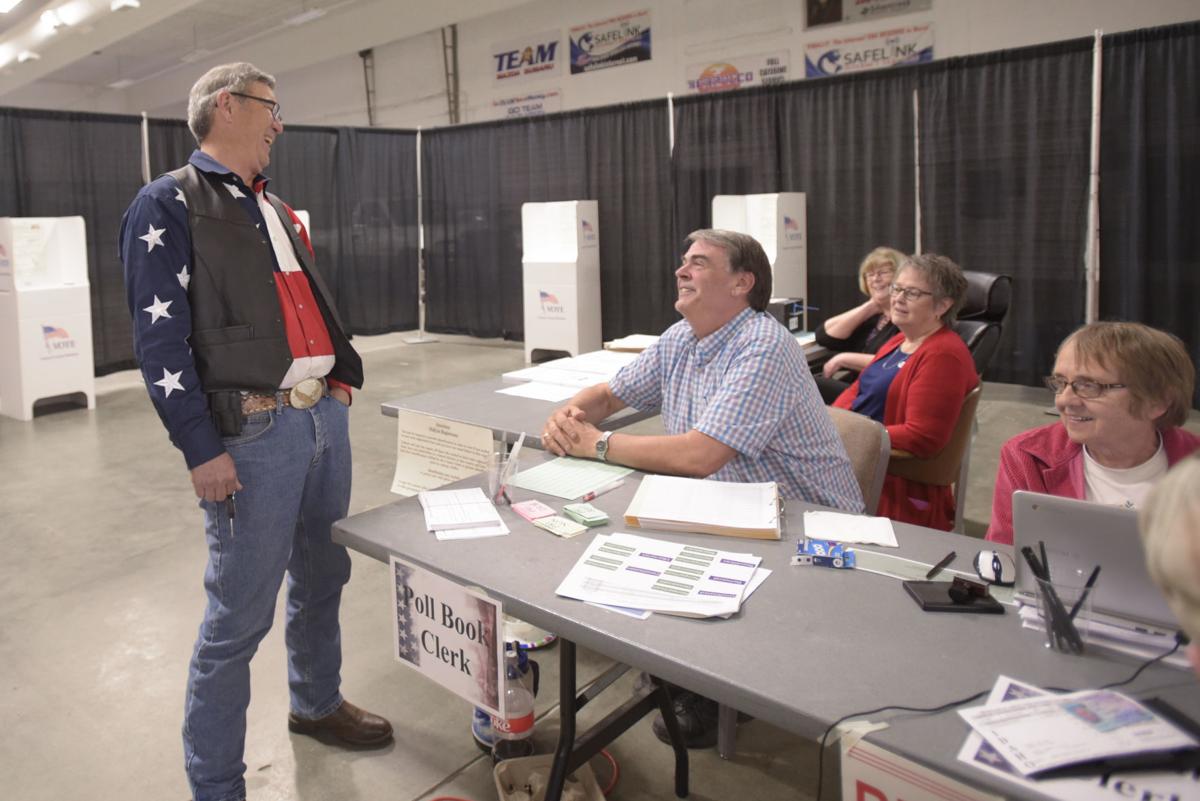 Canyon County Clerk Chris Yamamoto laughs with poll workers at O’Connor Field House in Caldwell during a site visit during the May 15, 2018, primary election.

The Canyon County Election building in Caldwell on Thursday Nov. 3, 2016, for early voting.

Canyon County Clerk Chris Yamamoto laughs with poll workers at O’Connor Field House in Caldwell during a site visit during the May 15, 2018, primary election.

CALDWELL — In recent elections, Canyon County’s ballot-counting process has stretched out past 3 a.m. or even 7 a.m. the next day.

County Clerk Chris Yamamoto attributed the quick turnaround to the fact there were fewer ballots to count. His office counted 14,500 ballots Tuesday, compared to 27,000 in May 2018, when counting didn’t wrap up until 3 a.m. In November 2016, Canyon County’s election results weren’t in until 7 a.m.

In those cases, the county cited a high number of illegible ballots. The machines can’t automatically count ballots with a check mark, an ‘x’ or partially filled oval, so those ballots have to be resolved. Yamamoto said improperly marked ballots usually take over a minute to resolve and take time away from counting properly marked ballots.

Yamamoto estimated several hundred ballots had to be resolved this year, which was an improvement from the roughly 1,800 illegible ballots during the May 2018 primary.

“Things went pretty good,” he said of Tuesday’s election night. “We had one machine that was acting up a bit and we had to stop. We had several resolutions that slowed us down because of improperly marked ballots.”

Other factors on Election Day were delays from a new-results website and eight malfunctioning ADA-compliant machines.

Decker said the elections office tried to update online results every half-hour, but “every time we update, the machines stop counting.”

Tuesday’s failure rate for the ADA-compliant machines was 10%, which Yamamoto said is normal for those machines.

NEW ELECTION EQUIPMENTCanyon County attorneys are working on drafting a contract for Hart InterCivic’s vote tabulation machines. The contract will go before the board of county commissioners when finalized.

The new equipment will cost around $3 million. Yamamoto said the equipment, while expensive, would help elections run more smoothly by reducing human error and ensuring the right ballots get out to voters.

“When you have human involvement, things can happen. That is the main reason I am looking at this equipment,” he said.

“Our goal is to have an accurate collection. In this county, we have had too many elections that are razor-close. We even have had ties,” he said. “And in a case like that, if you have one ballot that went out to the wrong voter, then you have a problem.”