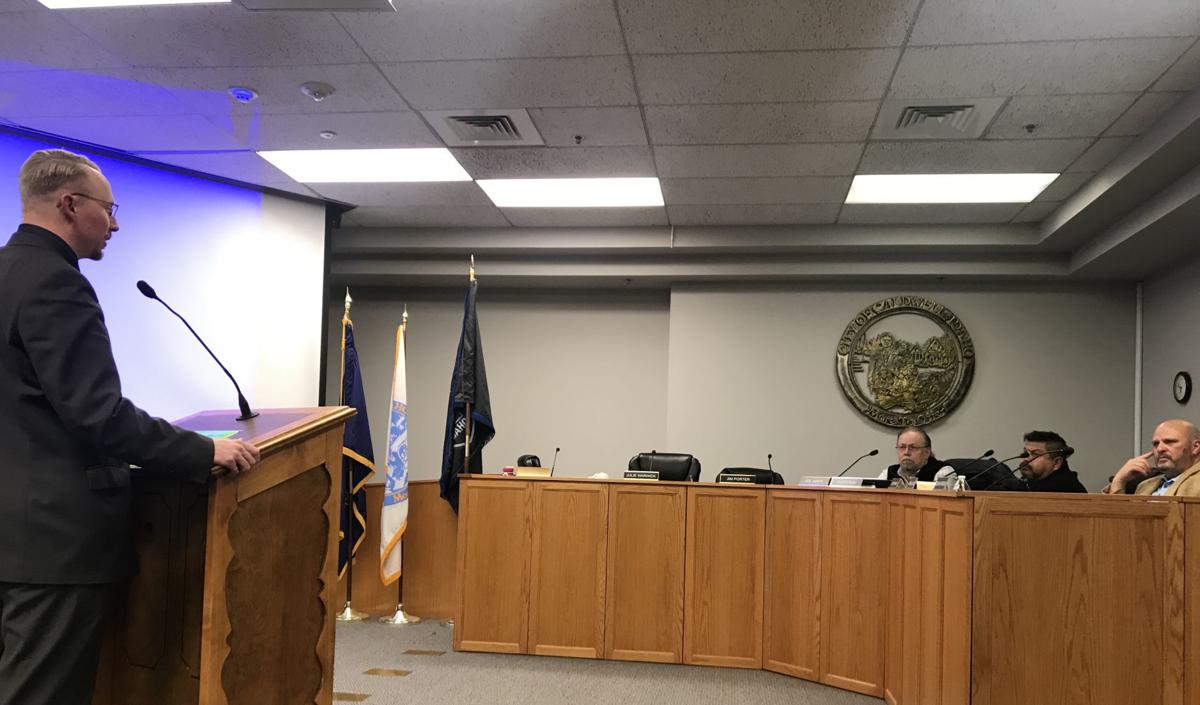 CALDWELL — A majority of the Caldwell Urban Renewal Agency board members approved a project with Idaho Transportation Department to widen the Ustick Bridge over Interstate 84 and Ustick Road from the Elijah Drain toward Middleton Road.

The board allotted up to $4.7 million to work with ITD on the widening projects at a special meeting on Monday evening, however the board chairman, Rob Hopper said they want ITD to work with Caldwell city staff to look for opportunities to lower the costs of the projects.

The Urban Renewal Board has been looking for projects to work on with the taxing districts involved in the 1998 district, since the district is set to sunset in three years. Projects within the district will be considered an urban renewal project before the district sunsets.

The widening of the Ustick overpass is part of ITD’s project to widen I-84 through Caldwell. ITD’s plan was to widen the underside of the overpass to allow for extra lanes on I-84. The board is asking for ITD to add lanes to the overpass and to Ustick road from the Elijah Drain towards Middleton Road.

“Our concern is, were they to complete this as a two-lane structure, it could remain that for 40 years,” said Brent Orton, Caldwell public works director. “That is intolerable really.”

Orton added that the goal of the project as a whole is to “get as much as Ustick widened as possible.”

“The urgency is to make sure (the five-lane) design goes forward and not the previous design of a smaller bridge, because then we are locked in once that is done,” said Hopper.

ITD plans to also widen the Middleton Road Bridge over I-84. According to Orton, ITD will begin that project next year and will begin the Ustick widening in two years. The partnership with the urban renewal agency will not alter the construction schedule, Orton said.

“People drive from Caldwell to Meridian on Ustick road, as it becomes more congested with growth, that is simply going to stop and people will be forced to use the interstate,” Orton said.

Just before approving of the project, Chuck Stadick, who sits on the board said, “If we don’t do it, I can’t imagine what it is going to be like.”

The decision to participate in the project was unanimous.