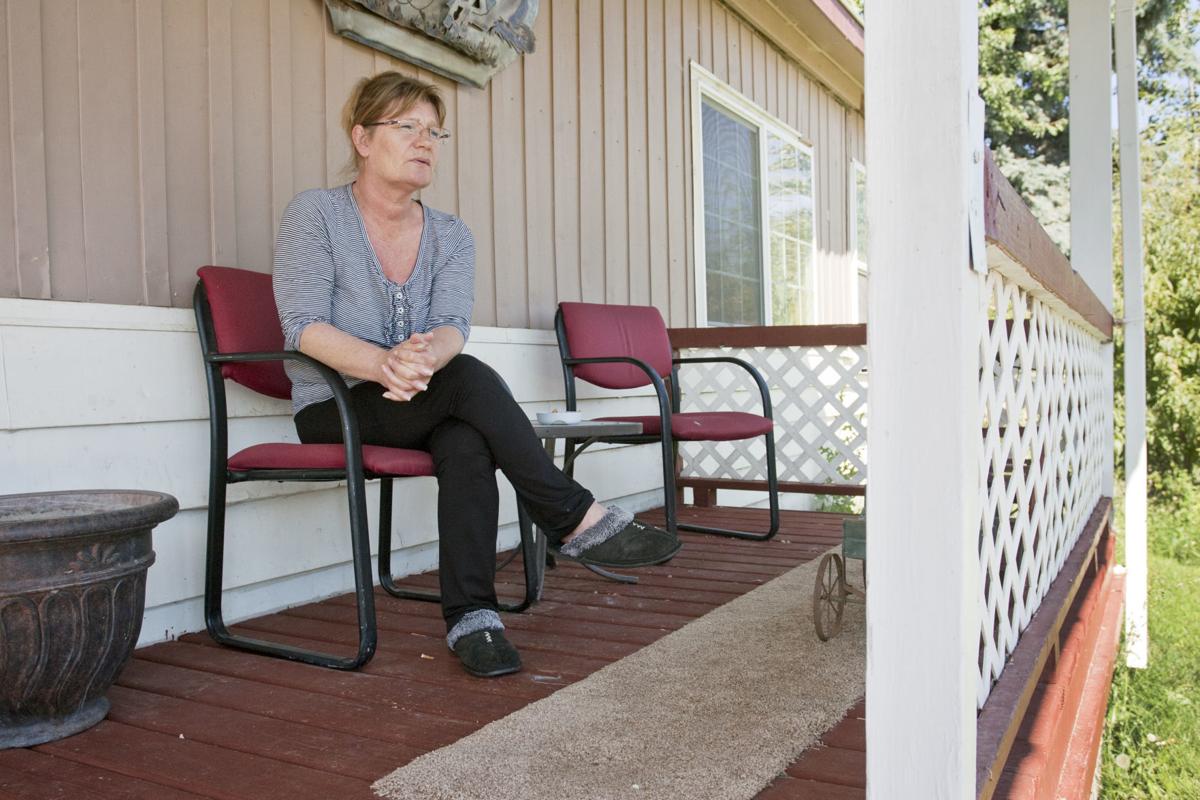 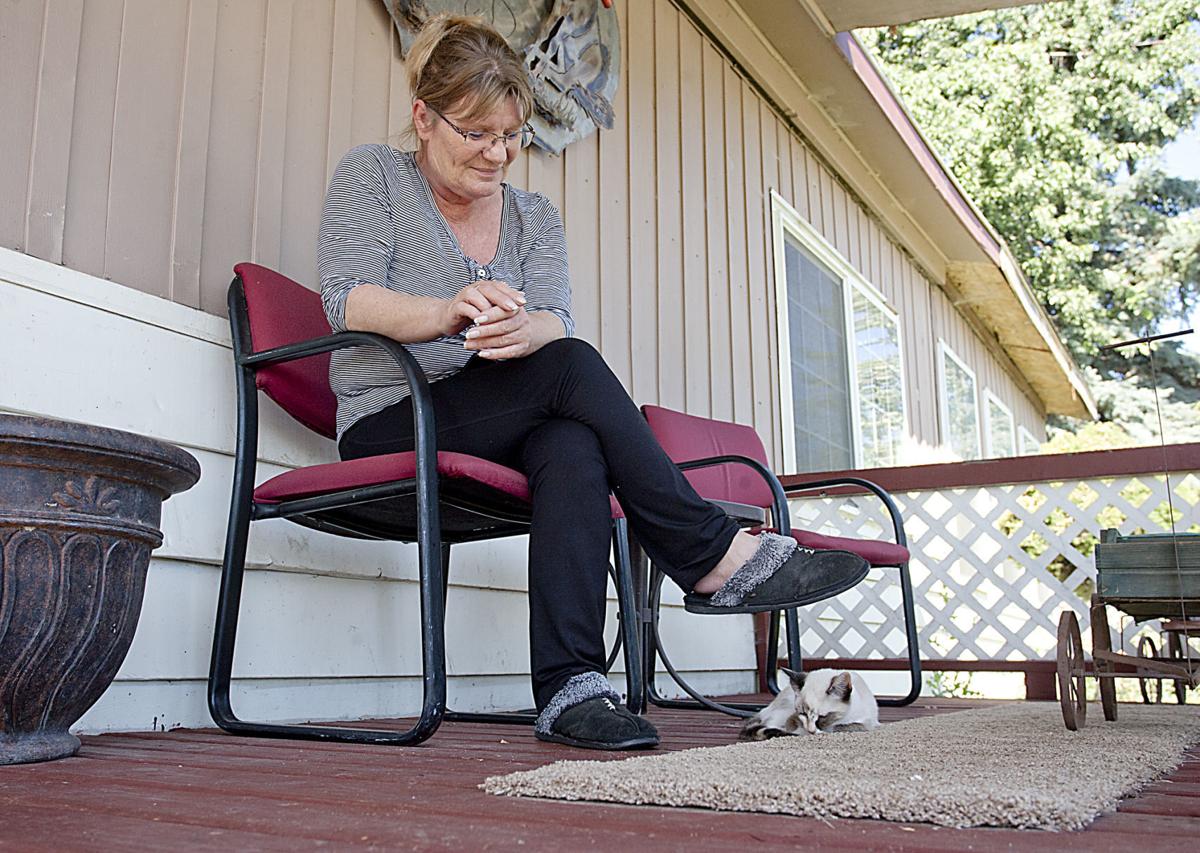 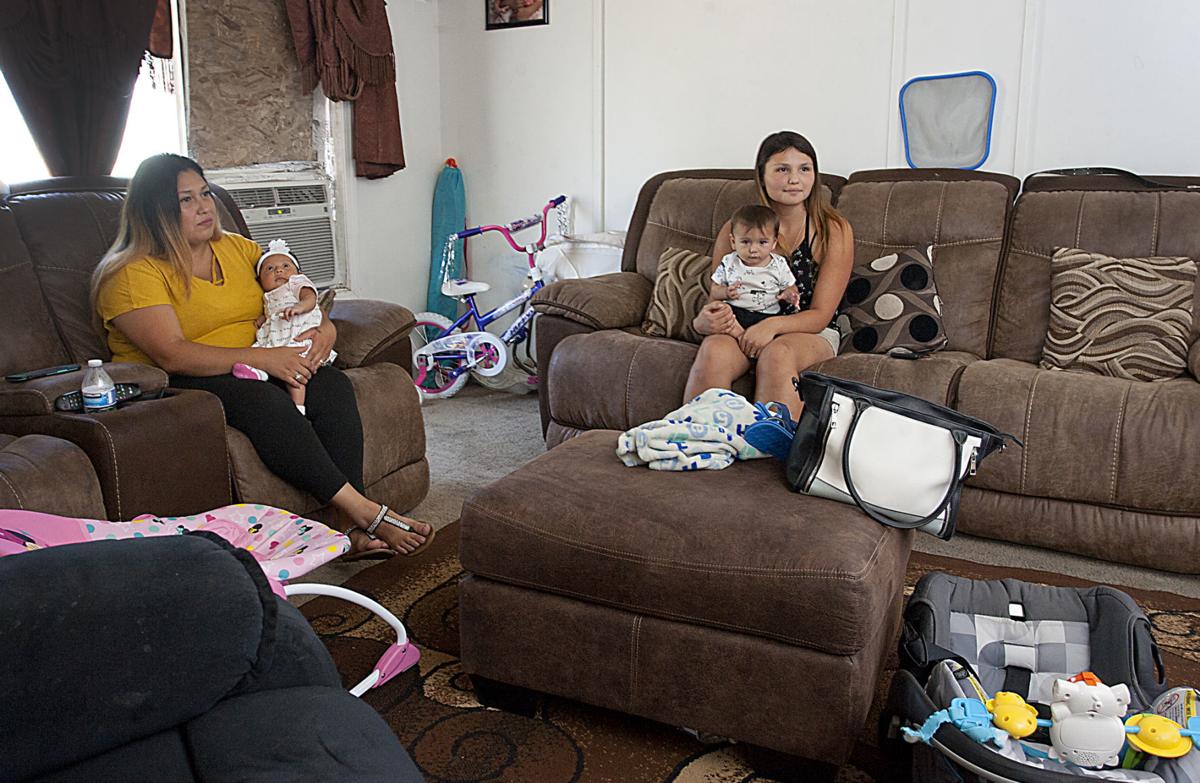 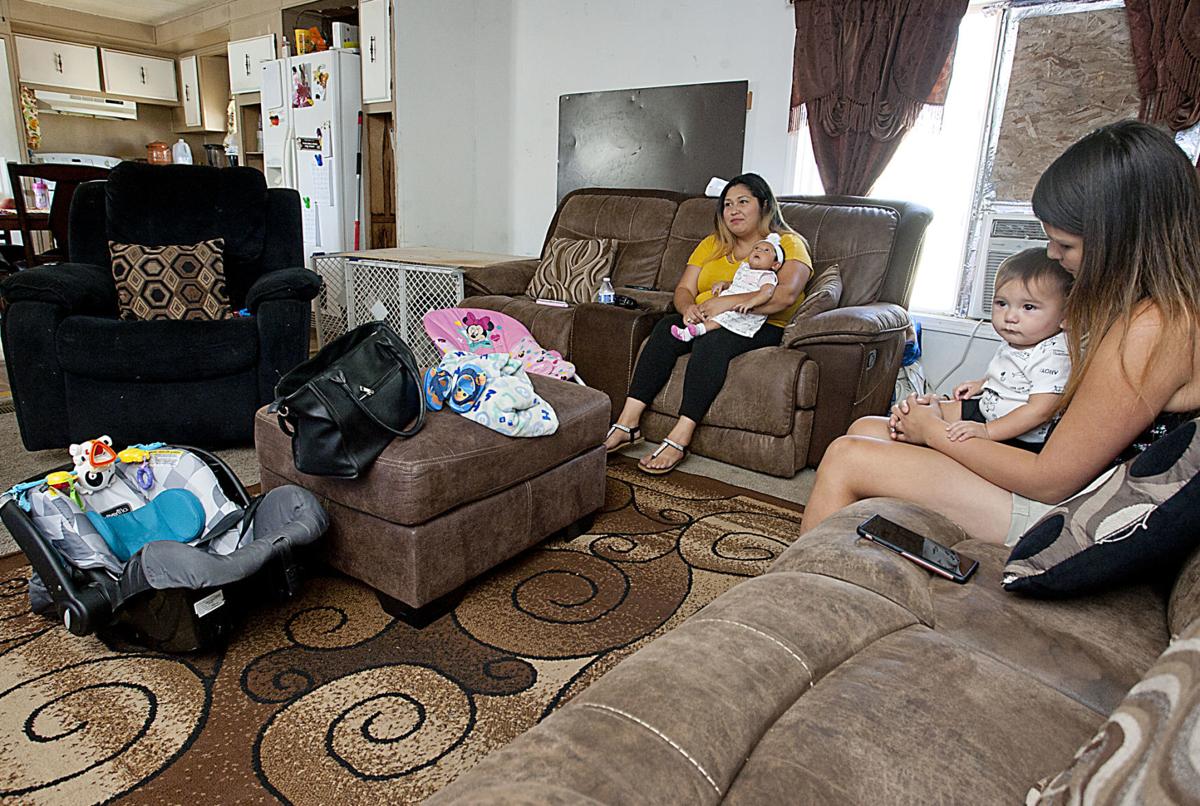 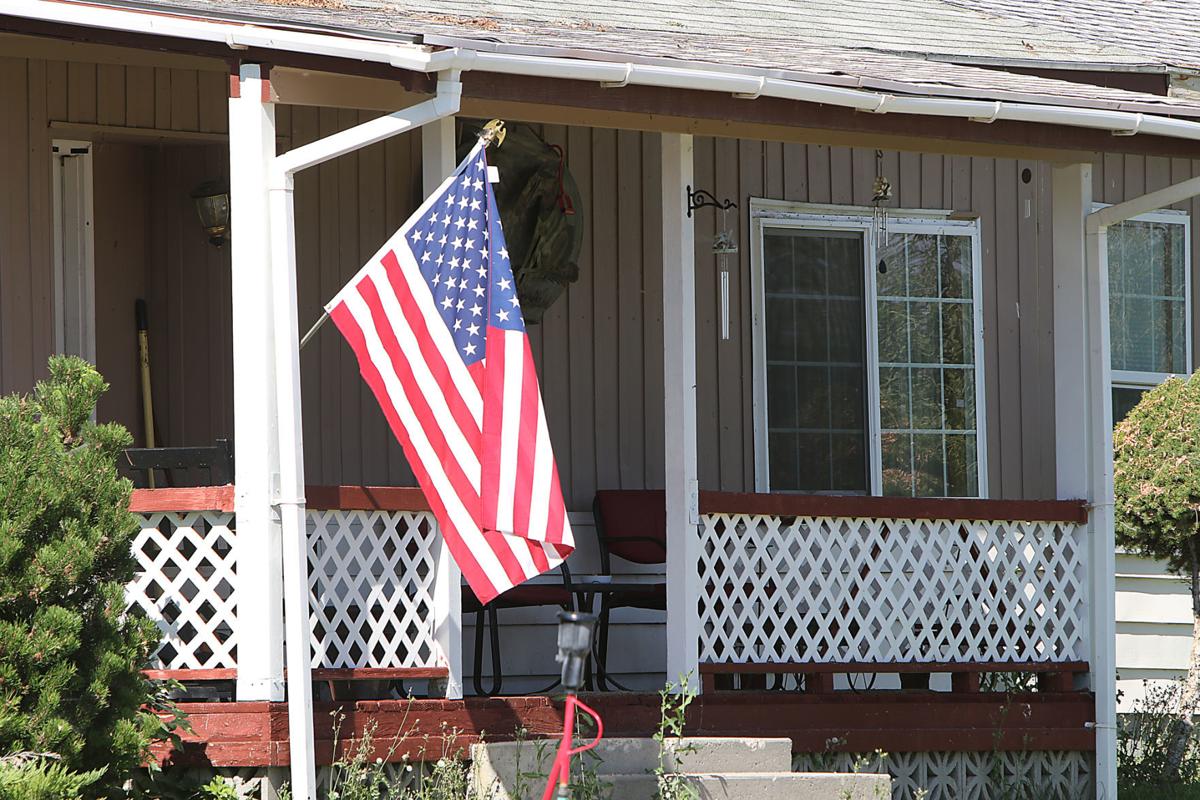 An American flag flies from the front porch of the home of Angela Green at Pleasant View Manor mobile home park in Caldwell, Thursday, Aug. 15, 2019. The park is in the process of becoming the first resident-owned community in Idaho. 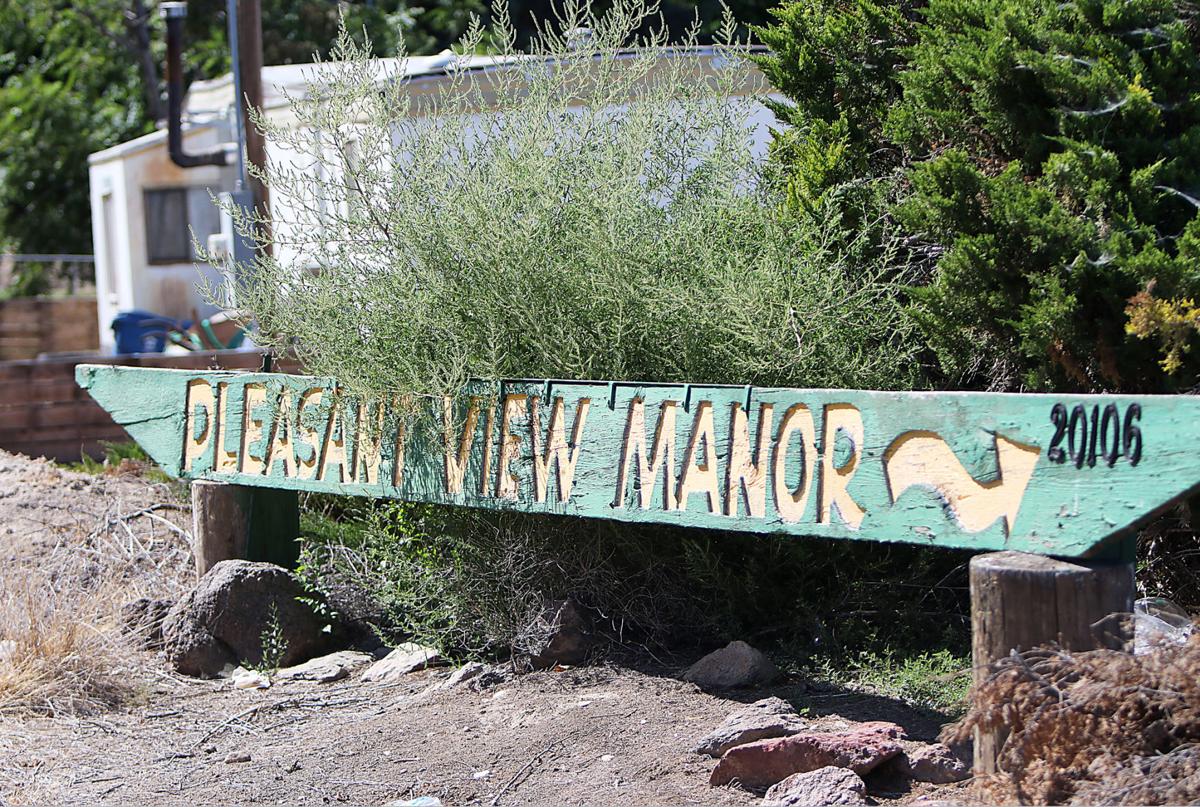 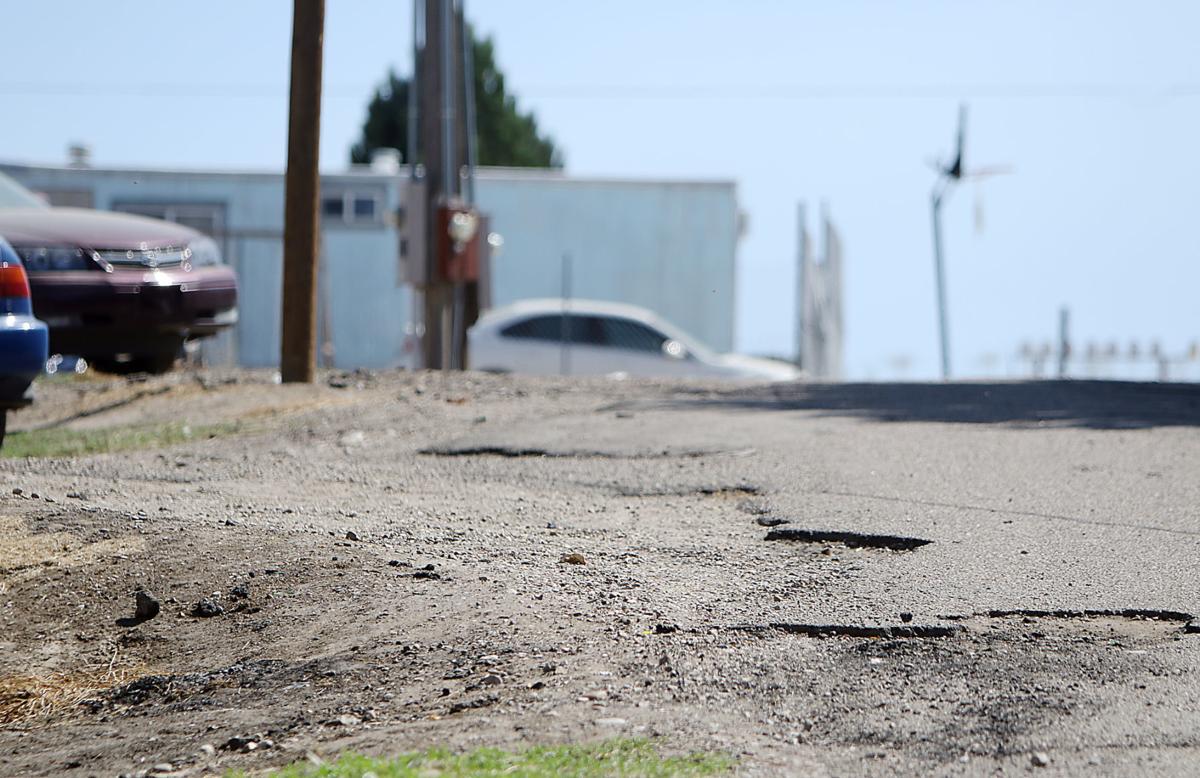 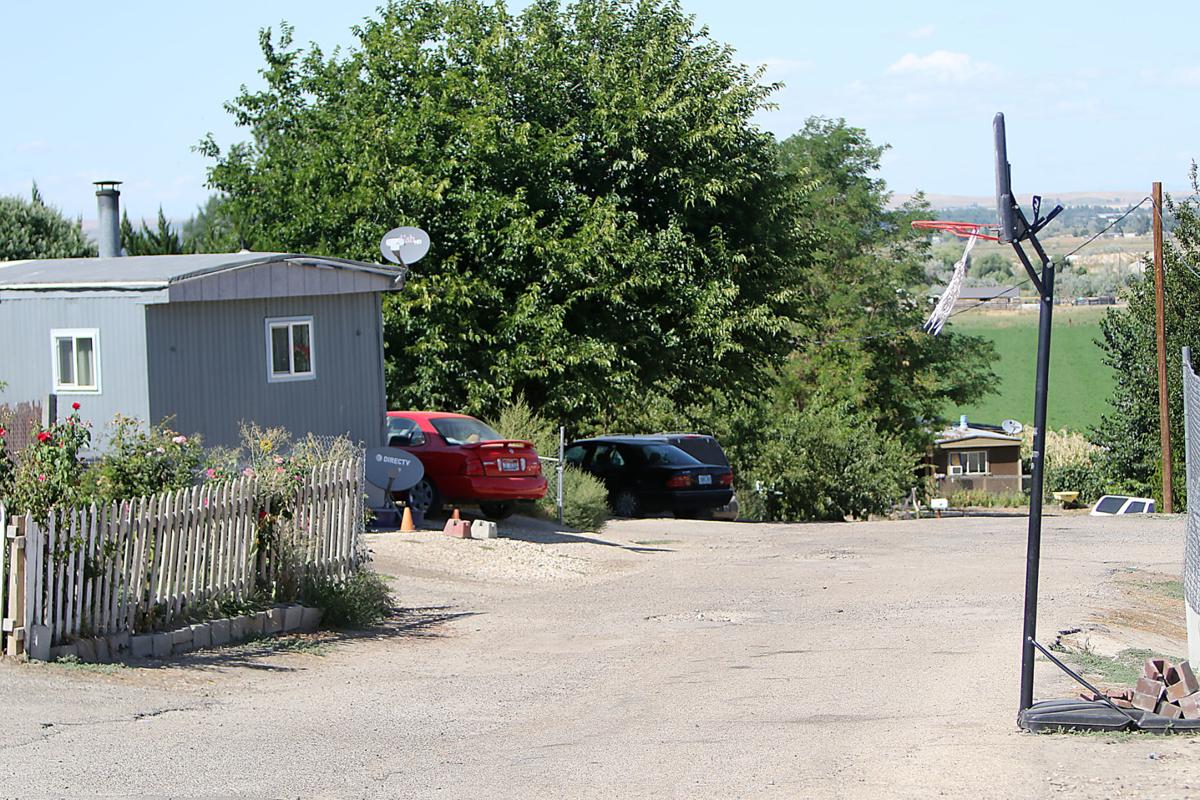 An American flag flies from the front porch of the home of Angela Green at Pleasant View Manor mobile home park in Caldwell, Thursday, Aug. 15, 2019. The park is in the process of becoming the first resident-owned community in Idaho.

CALDWELL — Juana Romero thought she and her family were going to need a new place to live when the owner of the mobile home park she lives in put the property up for sale.

It's been a recurring story in the Treasure Valley in recent years — mobile home parks are sold and razed for new development.

To Romero's relief, she and her neighbors at Pleasant View Manor in Caldwell won't have to move. Instead, they're banding together to buy the park themselves.

It's a movement that's growing nationwide, spearheaded by ROC USA. The nonprofit and its affiliates provide loans to mobile home owners so they can buy the park property and remove some of the vulnerabilities that come with not owning the land beneath their home.

Pleasant View will become the first mobile home park in Idaho to join the trend. Residents are working with LEAP ROC, part of Boise-based LEAP Charities and the Idaho affiliate of ROC USA.

With guidance from LEAP, Pleasant View residents have joined together to form a cooperative and take out a $1.65 million loan — $1.39 million for the land, plus funding for infrastructure improvements.

"The way that we get more wealth and happiness in this country is by giving everyone the opportunity to participate in business, and this is one way to do it — through community ownership," said Matthew Fast, program director of LEAP ROC. "I mean what better way? They own and run their own business."

The movement is spreading across the country, and there are about 240 other resident-owned communities like this. Pleasant View is currently owned by Wawaset Parks, Fast said, and a closing date on the sale is set for late September.

Though many mobile home residents own their home, they rent the land beneath it, which is vulnerable to rent hikes or redevelopment. A Boise State University report from 2007 found that 63% of Boise mobile home owners rented their lots.

Mobile homes are the largest share of non-subsidized affordable housing in the country, TIME Magazine reported in November. About 22 million Americans live in a mobile home with a median annual income of less than $30,000. Because of restrictive zoning laws and the high cost of moving mobile homes, residents may feel stuck on their land with nothing to do about the rising rents.

Pleasant View Manor's residents were also feeling the strains of this trend. In the four years she has lived there, Romero said the rent on her lot has risen from $225 a month to $460 a month.

It was the closure of Karcher Village Mobile Home Park in Nampa that brought Fast to Idaho. His job is to help Pleasant View Manor's residents pull this off and thrive years down the line.

The process starts when a ROC affiliate makes an offer on a mobile home park at market value. Then, once a purchase and sale agreement is signed, residents vote on whether they want to take control of the agreement and buy the park through a loan the nonprofit provides them.

At Pleasant View, Angela Green said many residents, including herself, were skeptical at first. Some still are, she said.

"We all thought it was a scam," she said.

It took awhile for the majority of residents to get on board. Angela Green said many of them became interested because it gave them a chance to make improvements, such as repairing aging septic tanks and damaged roads, which are covered with cracks and potholes.

Once the residents agree to take control of the sale agreement, Fast said they go through the normal process of buying a property.

Part of the process involves residents forming their own cooperative, Fast said. At Pleasant View, 29 of the 30 lots agreed to take part, paying the one-time $100 membership fee. If a resident moves away, they can sell their share in the cooperative to the next homebuyer for $100.

For the next 10 years, Fast will work with the residents as a business adviser and train them how to run a cooperative business, which is operated by a volunteer board of directors. This structure allows the residents to own their community as a group and make decisions in a democracy — a requirement of the loan program, Fast said.

The transition into a democracy was not easy, David Green said. Many residents had differing views on what they wanted to do with the property, and were still wary about the prospect of being the park's new owners.

For residents, owning the park allows them to pull together and take more pride in their homes, Fast said.

"The idea is to not only stabilize the residents that live there," he said, "but to beautify the experience as well."

Angela Green said when her family moved in last year, not many of her neighbors would wave at her. Now it's a common thing.

Ownership also gives residents more control over rents, Fast said. It prevents corporations from buying the land and hiking rents beyond what tenants can afford — a practice Fast said is common at mobile home parks across the country.

If that happened to Pleasant View Manor, or if the park closed, Angela Green said many of the residents would be living in their cars. Most of the park's residents live on a fixed income, she said.

Residents can choose to keep their rents the same, Fast said. At Pleasant View Manor, residents voted to increase their rent $40 to about $500 a month for most lots. The proposal wasn't popular at first, as $500 is pushing the limit of what most residents consider affordable, Angela Green said. In the end, an overwhelming majority voted in support, Romero said.

The increased rent will cover improvements to the community's septic tanks and roads and will go toward paying off the loan, Angela Green said. It also allows them to cap their rent at $500 for the next five years, and she said they may even be able to reduce their rent as early as next year if residents complete some of their own maintenance work.

Sixty thousand dollars of the loan is dedicated toward improving the septic system, which is under stress, Fast said. That work is especially important in light of two mobile home parks closing in Nampa three years ago because of failing septic systems.

Another $60,000 in the loan is slated for road repairs. Plus, First Interstate Bank has stepped in with $30,000 of matching funds, "and that is super awesome," Fast said.

LEAP ROC's goal is to transition 15 Idaho communities onto this model over the next five years, Fast said. No other Idaho mobile home parks have expressed interest in it. Sometimes it takes park owners awhile to get on board, Fast said, because they're not sure it will work.

Part of the issue is a lack of education, Fast said. There isn't a specific entity that tracks data on mobile homes statewide or nationwide, he said, so there isn't much research on the subject.

According to LEAP ROC, southern Idaho has 168 mobile home communities that have a total of 9,361 units. Almost half of those are in Ada County, according to the county assessor's office.

David Green with Pleasant Valley Manor said if his community continues to be successful, it could make an impact on other mobile home parks in the future. Whether it will have a lasting affect on Idaho's affordable housing crisis, Fast was not sure.

"What we're looking to do is one community at a time," Fast said.