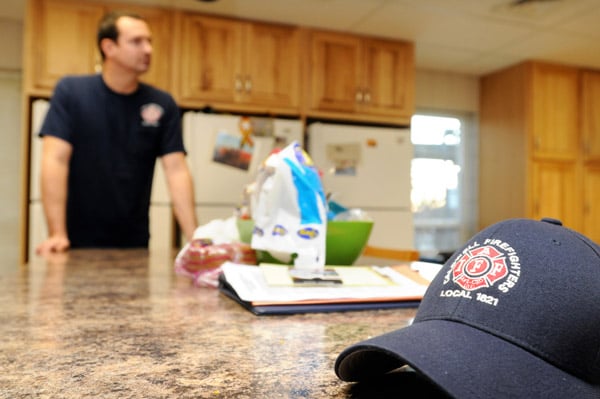 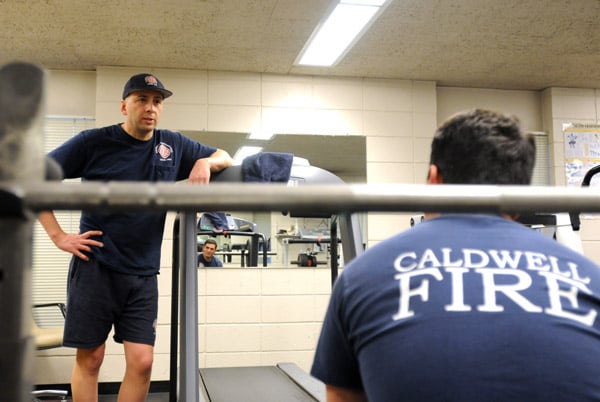 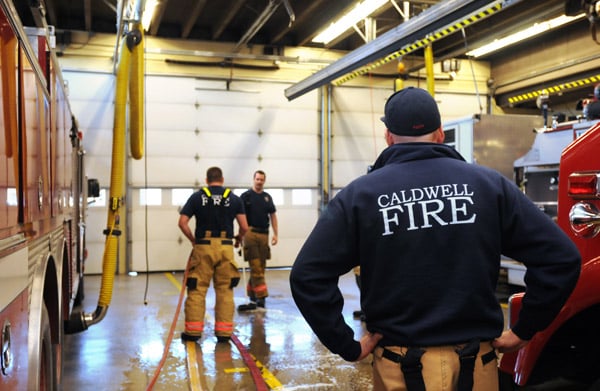 CALDWELL — Caldwell firefighters have agreed to a one-year contract with the city that gives them more hours and a 5 percent hourly-rate pay cut. Three firefighters and one fire-prevention officer position will not be filled as part of the deal.

The agreement saves the city from having to cut more positions, Caldwell Firefighters Local No. 1821 President Marc Maiello said, in a department he said already answers more calls per firefighter than any in the Treasure Valley.

“It’s a big sacrifice that the firefighters are willing to make,” Maiello said. “They’re doing it in understanding that our obligation is to provide emergency service to the citizens.”

Maiello said the city would have cut firefighter positions if not for the union’s ability to negotiate.

“This whole thing was made possible because of our collective bargaining process,” Maiello said.

The Caldwell City Council voted unanimously this month to accept the new contract.

The pay cut comes from firefighters’ agreement to work six days of the year without compensation. Their overall earnings, however, will increase because they will work more hours.

Doing more with less is something departments across the state have had to deal with, according to Boise firefighter and Professional Firefighters of Idaho vice president Mike Walker. Quality fire service is crucial to public safety, Walker said, and Caldwell’s firefighters aren’t the first to make sacrifices.

“We have a strong sense of commitment to our community. Not everyone that’s hired is of that mindset, but I would say a vast majority is,” Walker said. “It’s not about what we can get from them, it’s about what we can do for them and how we can work with them.”

Walker added that while the situation in Caldwell is not unique or unusual, he’s proud of how readily the firefighters stepped up for the good of the community.

The union agreement includes adjustments in how employee sick leave and vacation time are managed, reductions to uniform allowance and reductions to job-related injury benefits.

“The most important thing with this contract was to truly reflect the economy, the funding challenges that we’re experiencing, and yet still provide a service that our citizens deserve,” Mayor Garret Nancolas said.

The agreement comes after eight months of negotiation. It also follows arbitration two years ago when the city and firefighters had a disagreement over the four-year contract from budget year 2007 to budget year 2011. That contract gave firefighters a 3 percent raise each year, but it was later revised.

The recession has caused fire departments across the country to cut back, Maiello said. But this is the first time in his 17 years with the Caldwell department that firefighter wages have been cut.