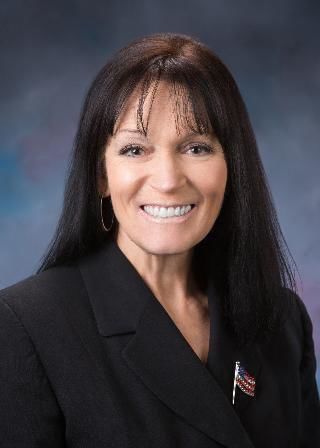 BOISE — A flurry of bills were introduced into the House Judiciary Committee on Friday, the last day on which they could be, including several sponsored by Eastern Idaho lawmakers and a couple on highly controversial statewide issues.

One, sponsored by Rep. Christy Zito, R-Hammett, would ban gender reassignment surgery for anyone under 18. This led John McCrostie, D-Garden City, to object to a request to introduce all the bills at once, but he was voted down and the committee voted to print them all, clearing the way for full hearings later. McCrostie said after the brief meeting he was concerned the bill would harm young people who need medication to treat gender dysphoria, the medical term for a conflict between someone's physical or assigned sex and their gender identity.

Another bill, sponsored by House Judiciary Chairman Greg Chaney, R-Caldwell, and Senate Chairman Todd Lakey, R-Nampa, would raise the thresholds for the amount of heroin needed to trigger a mandatory minimum prison sentence while also adding fentanyl, a powerful opioid that wasn't in common use when the original statute was passed in 1992 but that has been behind a growing number of overdoses nationwide, to the statute.

For the past few sessions some lawmakers have been pushing to get rid of mandatory minimum sentences for possession of large amounts of drugs, which is legally defined as trafficking, entirely, and bills to do so have passed the House but never gotten a hearing in the Senate. Many of the stories about people who were not major drug dealers but received mandatory minimum sentences anyway have involved heroin users, who can develop a tolerance to high amounts of the drug. Lakey, who opposes repealing mandatory minimums entirely and has never held a hearing on such a bill in his committee, proposed a similar bill last year to the one he and Chaney are now sponsoring. No bill to repeal mandatory minimums entirely has been introduced this year.

And Rep. Bryan Zollinger, R-Idaho Falls, introduced another to remove some currently unconstitutional legislation from Idaho code that allows police to arrest people without a warrant in certain misdemeanor cases.

Zollinger's bill would strike from the law the misdemeanors for which someone can be arrested without a warrant, aligning it with the court ruling. This would conflict with a proposed constitutional amendment introduced in January by Sen. Grant Burgoyne, D-Boise, that would override the court and let police arrest people in these cases. So far Burgoyne's proposal hasn't gotten further than an introductory hearing.

Editor's note: McCrostie said he was concerned about how Zito's bill would affect young people who need medication to treat gender dysphoria. This article has been updated to reflect that.