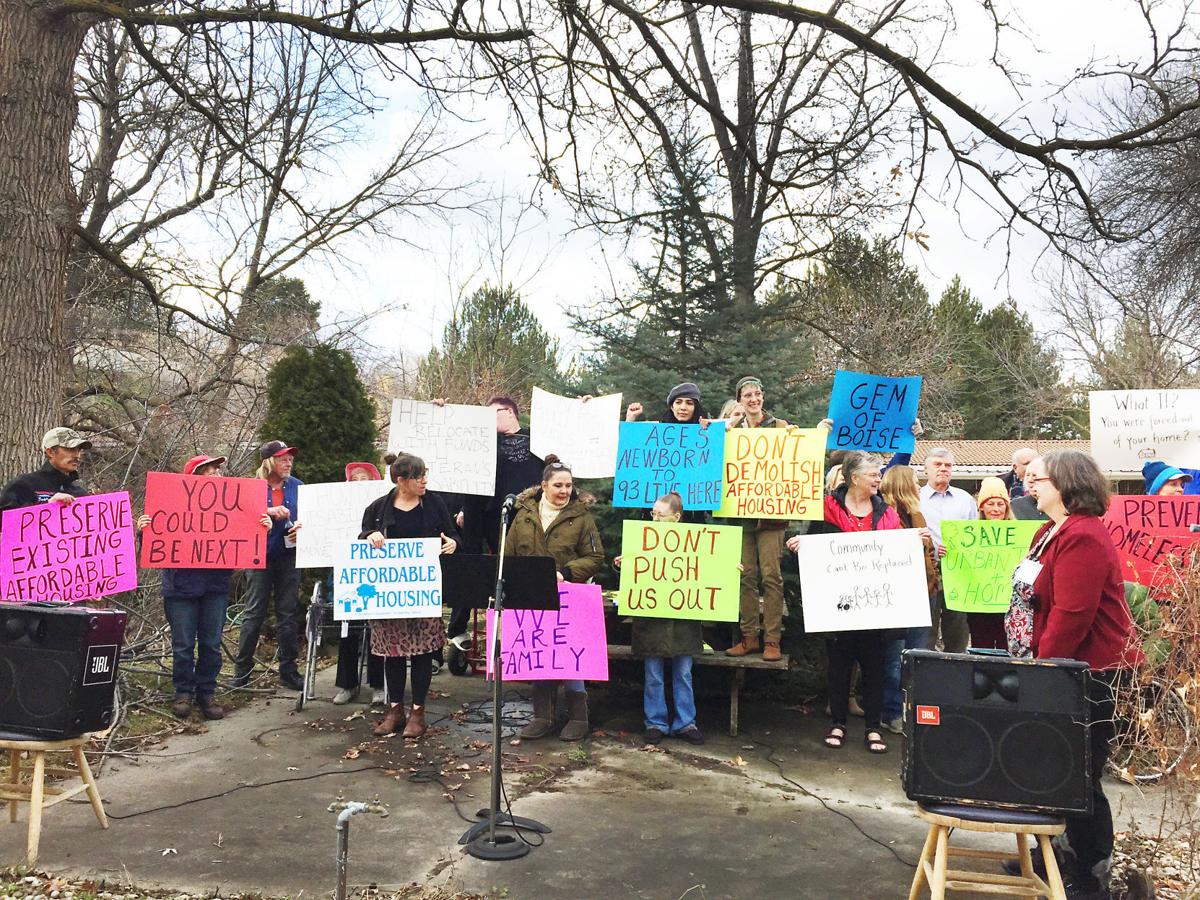 Residents of Ridenbaugh Place, with support from housing advocacy groups, held a press conference in February to call on the Boise Planning and Zoning Commission to reject petitions from Collegiate Development Group that would pave the way for the demolition of their homes and the construction of student housing. 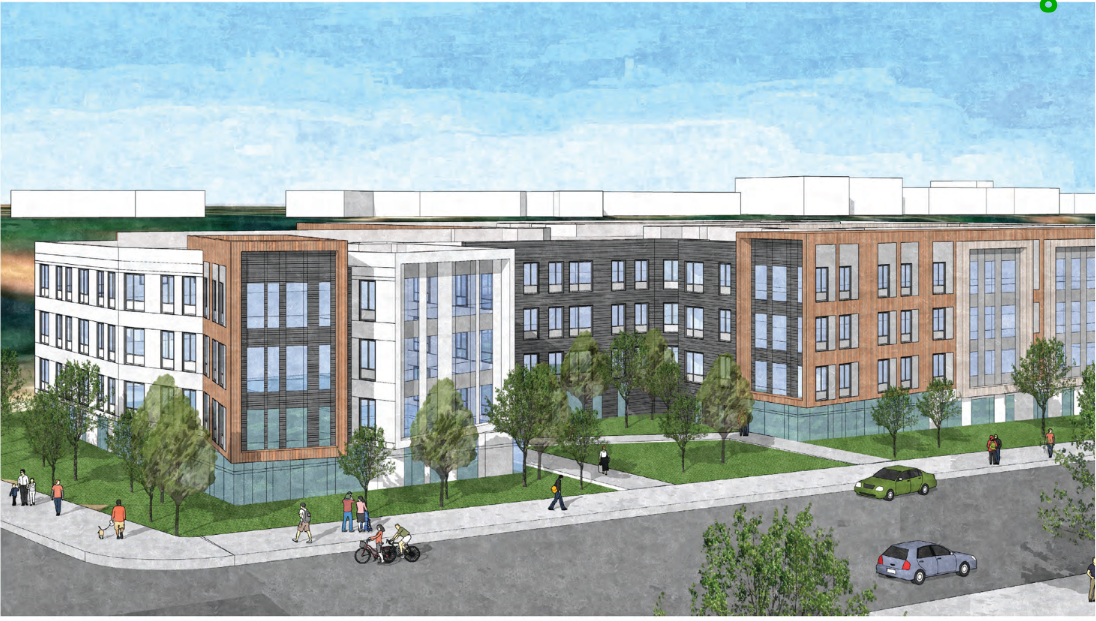 Residents of Ridenbaugh Place, with support from housing advocacy groups, held a press conference in February to call on the Boise Planning and Zoning Commission to reject petitions from Collegiate Development Group that would pave the way for the demolition of their homes and the construction of student housing.

Pama Roemer stood in the grassy courtyard of the 25-unit Ridenbaugh Place Apartment complex in South Boise. She has lived at the complex for the last five years, and in the last year, she has lived there with her 93-year-old mother, who Roemer said likes to take regular walks to nearby Boise State University.

“This place is very familiar to her,” Roemer said about her mother.

On Friday, Roemer and other residents of Ridenbaugh Place, with support from the Intermountain Fair Housing Council, Vanishing Boise and other housing advocacy groups, staged a press event in the community courtyard to call on the Boise Planning and Zoning Commission to reject at its Feb. 10 meeting petitions from St. Louis, Missouri-based Collegiate Development Group Inc. that would allow for the construction of a 523-bed student housing development.

According to critics of the CDG project, the student housing would demolish 25 units of affordable housing, worsening a mounting crisis over housing access in the City of Trees. In human terms, it would mean the displacement of 36 members of the community. One of them, seven-year resident Renae Jordan, described the people who live there as “family.”

“We have friendships that will be lifelong friendships,” she said through tears.

Another is Diana Murphy, a social worker, who said developments like the CDG project have systematically edged people like her off Boise’s map.

“I work with some of the most vulnerable populations in this city. Now, I’m becoming one of them,” she said. “If you are single and independent, you are being eliminated as a demographic.”

For the people who live at Ridenbaugh Place, that means few of them will find housing in Boise that meets their budgets if the Planning and Zoning Commission approves CDG’s requests to rezone the space and approve a conditional use permit for the construction of student housing close to Boise State.

Developers said the property “is underutilized and in disrepair” in their justification of the rezone request, BoiseDev.com reports. Boise State University, which is facing a student-housing shortage, released a statement last fall saying it doesn’t comment on off-campus housing projects and instead trusts the city to make the right decision, according to the Idaho Press.

Roemer said she and her mother have found a rental in Meridian, which would cost them $150 more in rent per month than their current accommodations. Though it would have amenities suitable for senior living, she said the new, unfamiliar setting would curtail her mother’s independence.