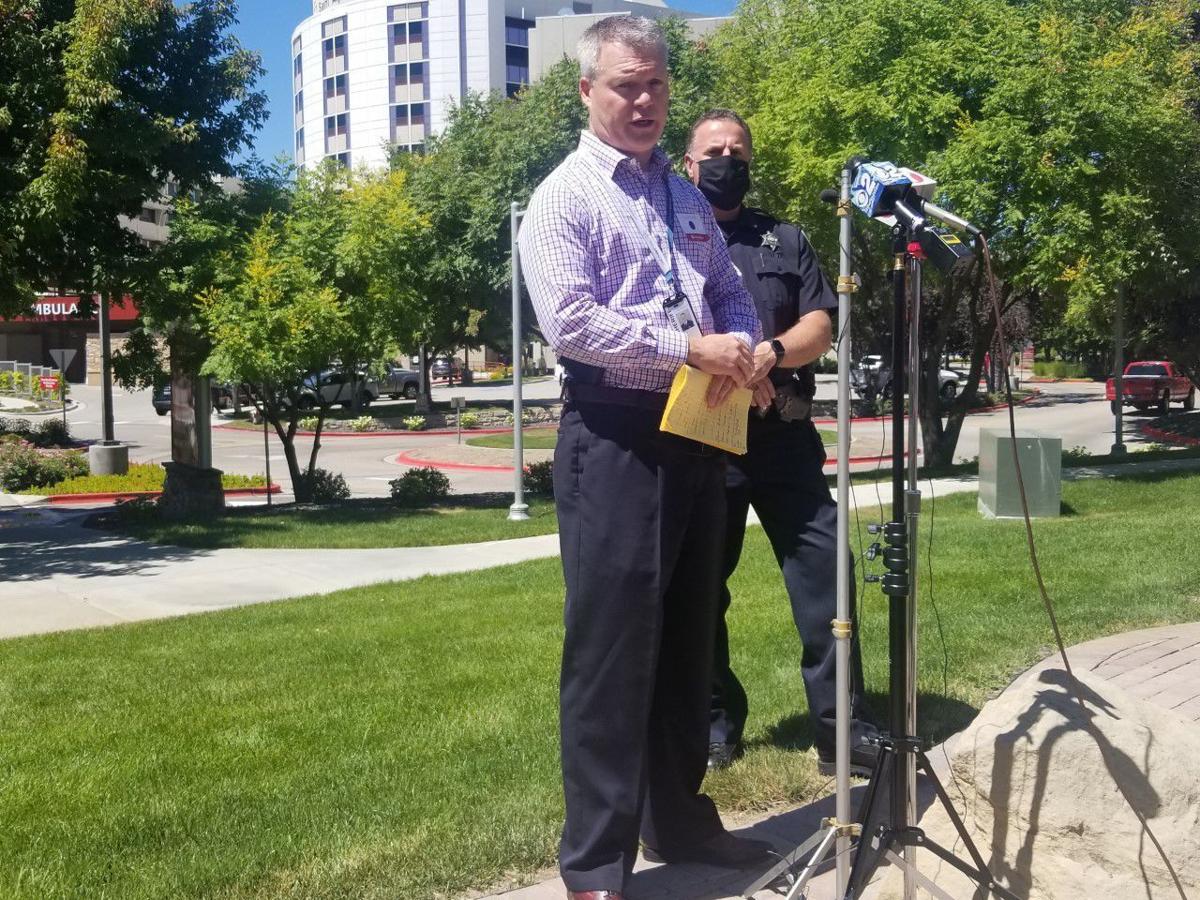 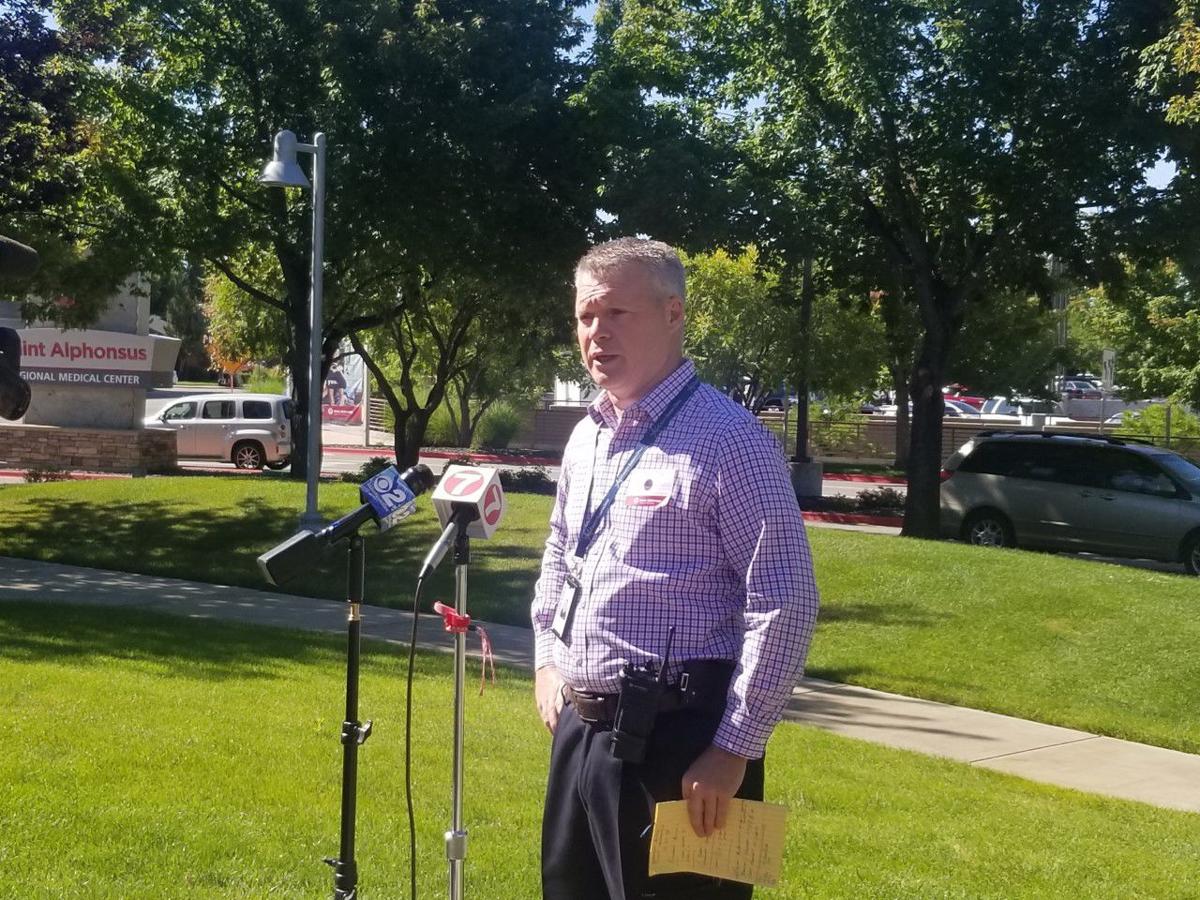 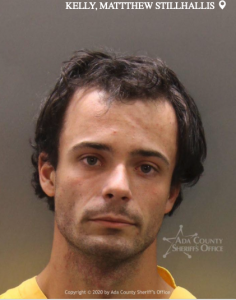 Editor’s note: The intersection where the deputy first spotted the motorcycle, Highway 16 and Beacon Light Road, has been corrected in this story.

BOISE — An Ada County sheriff’s deputy is expected to recover and has undergone surgery after a suspect shot him twice Monday morning during the pursuit of a reportedly stolen motorcycle north of Star.

The suspect, 21-year-old Matthew S. Kelly of Emmett, was arrested Monday and charged with felony aggravated battery and eluding arrest, according to a sheriff’s office blog post. He was found in a cornfield after a roughly 90-minute search by several law enforcement agencies, which included the use of drones and police K-9s.

The deputy, who has not been publicly identified, underwent surgery for injuries to his arm and shoulder area and is in stable condition, according to the post.

At 7:30 Monday morning, a yellow motorcycle was reported stolen in Canyon County. The deputy a short time later saw one that matched the description, in the area of Highway 16 and Beacon Light Road, and tried to pull it over. The motorcycle continued west on Beacon Light Road but quickly broke down near North Pollard Lane, where the suspect jumped off.

Initial information indicates that when the deputy stopped his patrol car to investigate, Kelly allegedly shot into the car and injured him, according to the sheriff’s office. The deputy then returned fire. Kelly, who was not injured, ran into a neighborhood near the River Birch Golf Course.

A Star police officer found the injured deputy, who had put tourniquet on himself, and drove him to meet Ada County Paramedics at Floating Feather Road.

“Let’s be clear — this individual tried to kill one of my deputies, and that will be dealt with incredibly seriously,” Ada County Sheriff Steve Bartlett said at a press conference Monday morning at Saint Alphonsus Regional Medical Center.

It was unclear Monday how many rounds were fired during the incident or if there was body camera footage, Bartlett said. Police had received tips from the community, and also had video evidence of the incident, he said. The Boise Police Department is leading the investigation.

Bartlett said while the deputy involved has been with the Ada County Sheriff’s Office for a little more than a year, he had law enforcement experience elsewhere.

THE SEARCHDuring the search investigators identified Kelly as the suspect, according to the sheriff’s office post.

A deputy patrolling nearby identified Kelly’s father riding a motorcycle near the same area and pulled him over. Investigators were eventually able to use information from that stop to contact Matthew Kelly by cellphone.

Matthew Kelly was found hiding in a cornfield just southwest of the Highway 16/Beacon Light intersection around 10:30 a.m. Investigators began talking with him by cellphone while a drone located him and made sure he was no longer armed.

Kelly walked out of the field and turned himself in about 10 minutes later without any further resistance. A K-9 dog later found the backpack officials believe Kelly had on earlier and two handguns nearby.

Detectives interviewed Kelly, arrested him, and booked him into the Ada County Jail late Monday afternoon. He has since been moved to the Canyon County Jail.

Both Kellys are set to make their initial court appearances Tuesday afternoon.

Anyone with information about the shooting can call Ada County Dispatch at 208-577-3000.