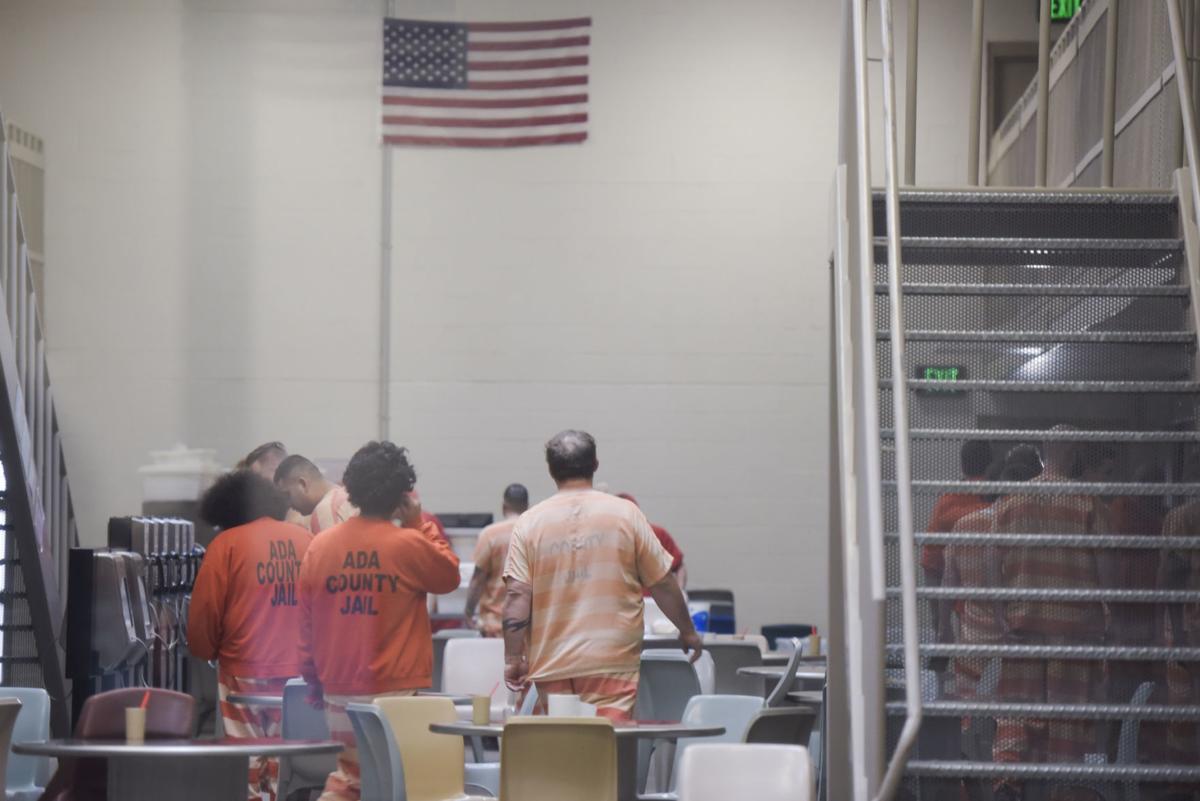 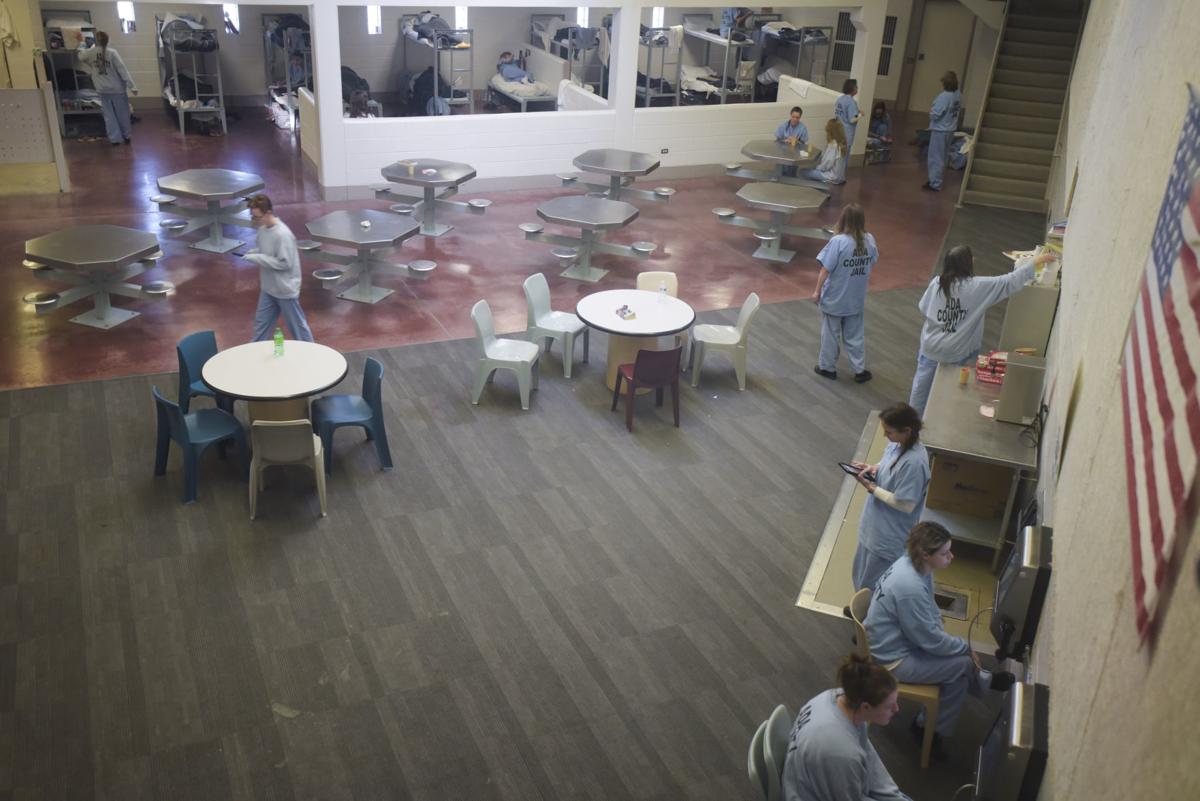 Female inmates share a common area for recreational time at the Ada County jail on Nov. 14 in Boise. 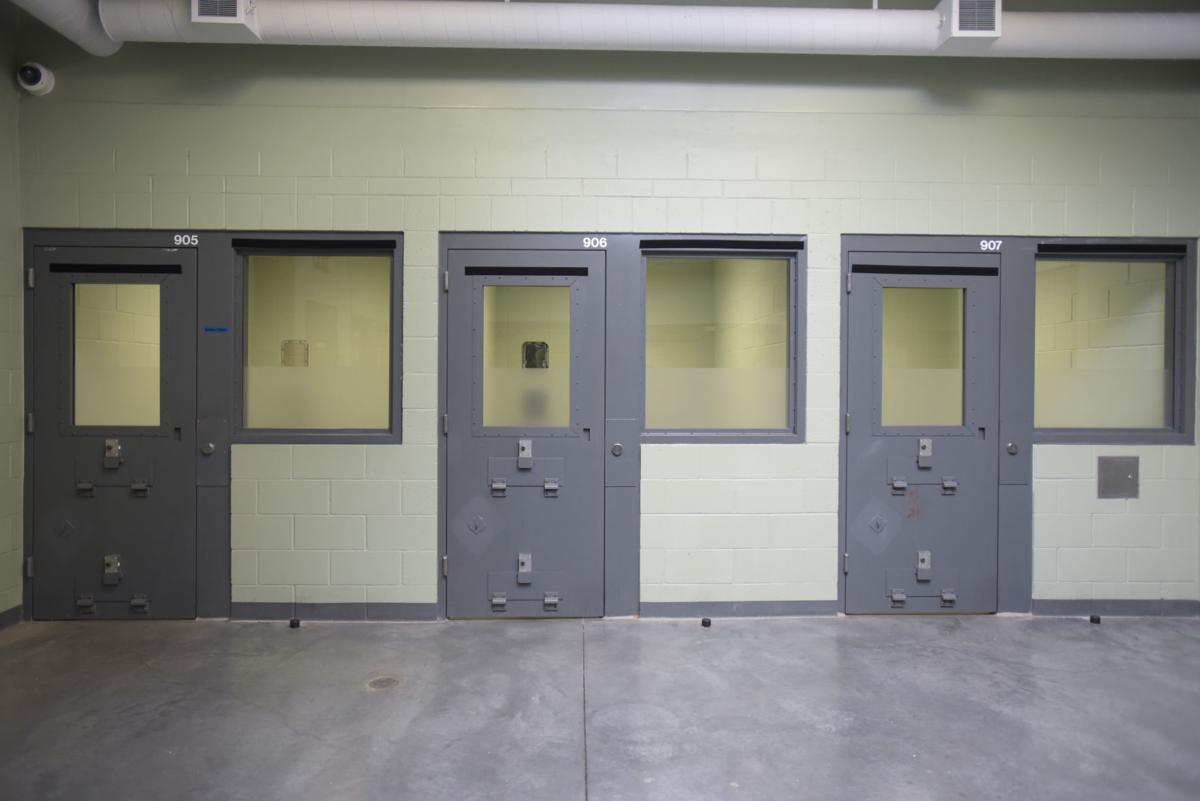 A few unused jail holding cells are pictured at Ada County jail on Nov. 14 in Boise.

Female inmates share a common area for recreational time at the Ada County jail on Nov. 14 in Boise.

A few unused jail holding cells are pictured at Ada County jail on Nov. 14 in Boise.

The Ada County commissioners are weighing a sheriff’s office request for a $72.7 million budget in 2019 to help hire 39 new employees, many of whom would work in a jail that the sheriff said is woefully understaffed.

The request is $5.6 million higher than the county’s initial $67.1 million budget appropriation for 2019.

Ada County Sheriff Stephen Bartlett presented numbers, a PowerPoint presentation and a list of the new positions he wanted the commissioners to add to his office during a June 11 budget hearing before the county’s board of commissioners.

Pictures included in the presentation showed inmates at the Ada County Jail sleeping on temporary cots in the jail’s dormitories and the facility’s crowded community spaces. Bartlett wanted the commissioners to see what his deputies — and the inmates within the jail — deal with on a daily basis, and he wanted them to keep it in mind as they continue to work on the county’s budget for the next few weeks.

“This is what overcrowding looks like — this is your Ada County Jail,” Bartlett said during the presentation. “Our jail staff is overworked, understaffed and over-stressed.”

The Ada County Jail, which was constructed in 1977 and renovated most recently in 2014, contains 1,224 beds in total — 1,116 in the main jail and 108 beds for inmates on work release. On May 31, Bartlett told commissioners, the jail housed a record number of inmates, with 1,127 people within its walls. That’s a problem, he said, because the recommended jail population for the facility is far less than that, at 949 inmates.

The last time the jail housed the recommended number of people, he said, was May 2017. In the 13 months since then, the population has only increased. Patrick Orr, spokesman for the Ada County Sheriff’s Office, wrote in an email each of the jail’s dormitories has room for 92 people.

He estimated about four of those dormitories have 10 people or more sleeping on temporary cots due to overcrowding.

Part of that is because of an increase in Ada County’s population. But another reason for the uptick is because the Ada County Jail has to house inmates for the Idaho Department of Correction, Bartlett said. All of Idaho’s prisons are above capacity, and that trend is not projected to change — officials believe the department will need 2,400 more beds by the end of 2022. To ease the burden, the Idaho Department of Correction has had to house inmates in other facilities. Some of them are in other states, but others are held in county jails across Idaho, such as Ada County’s facility.

On Friday, Orr estimated about 20 percent of the jail’s main population on that day were Idaho Department of Correction inmates — 42 had already been sentenced, and 173 were housed on parole violation charges.

Growing inmate populations is an issue at the state level as well. Last week the Idaho Press reported that the Board of Correction was seeking $500 million to deal with the growth, the bulk of which would fund a new facility.

The increase in inmates in the Ada County Jail make detention deputies’ jobs harder, Bartlett told commissioners. In the jail now, a single deputy might be responsible for supervising as many as 100 inmates or more in a community dormitory.

“We call IDOC just about every day and try to have them move their inmates out of our jail, but no luck,” he said.

So Bartlett and his staff have, instead, focused on what they can change to help manage the influx of people in the jail. He asked the commissioners to approve funding for eight more deputies and two more sergeants on the jail staff, in addition to two non-commissioned security staff members, two more clerks to handle inmate records and a food service supervisor to manage the inmates who work in the kitchen.

One of the most pressing problems, Bartlett said, has to do with medical services within the jail. Right now, inmates receive a medical screening when they enter the jail. Ideally, one of the jail’s 19 nurses performs that screening. But, Bartlett said, sometimes inmates have to talk with deputies instead of nurses about their health. Often, he said, inmates are less willing to talk to deputies about health issues than they are to nurses.

“There’s a growing number of lawsuits across the country (against jails) stemming from medical issues,” he said. “Reducing risk while increasing the quality of care eliminates risk and the burden of deputies having to ask medical questions and make medical decisions.”

The last time the jail hired a nurse, he said, was in 2012. He asked the commissioners for money to hire eight new nurses, in addition to two more deputies to work in the clinic. The reason for that, Orr explained, is that at least one deputy has to be present to supervise inmates’ interactions with medical staff in the clinic. In rare cases, Orr said, the clinic has closed because deputies might get called to other situations, and there aren’t enough in the clinic to keep it open. In those instances, the clinic’s staff and social workers can still venture elsewhere in the jail to deal with emergencies, but they aren’t able to see inmates for more routine matters.

Bartlett said the need for more medical personnel within the jail is only deepening — more and more inmates are coming into the jail with prescriptions to medication they must maintain, and he estimated jail staff has seen as much as an 89 percent increase in medical-related tasks.

The Ada County Commissioners have yet to finalize the county’s budget. The process usually takes weeks, and final numbers likely won’t be available until July. Bartlett, however, was blunt when he spoke to them last week.

“The jail is a city within walls,” he said. “Staffing levels are not adequate to provide for an increased jail population.”

Ada County Sheriff Stephen Bartlett said his office needs money and employees for other area of operation, besides the Ada County Jail. Patrick Orr, spokesman for the office, listed a few of them in a statement:

* An additional Victim Witness Coordinator to keep up with the increase in – and complexity of — calls for service.

* A new Forensic Quality Manager for our crime lab so we don’t have to rely on the backlogged Idaho State Police crime lab to process evidence.

* Four new deputies to add to our court transports team, which is on track to move a record-high 20,000+ inmates this year between jail, courts, medical, and legal appointments all over the county.

* Two new technology systems application employees to help manage and support all 84 of our computer/software systems.

* Three new deputies to bolster our training staff, as we prepare to run our own, POST-approved patrol and jail deputy academies for new hires.

* An additional appropriation of $1.2 million to cover overtime for all ACSO deputies.