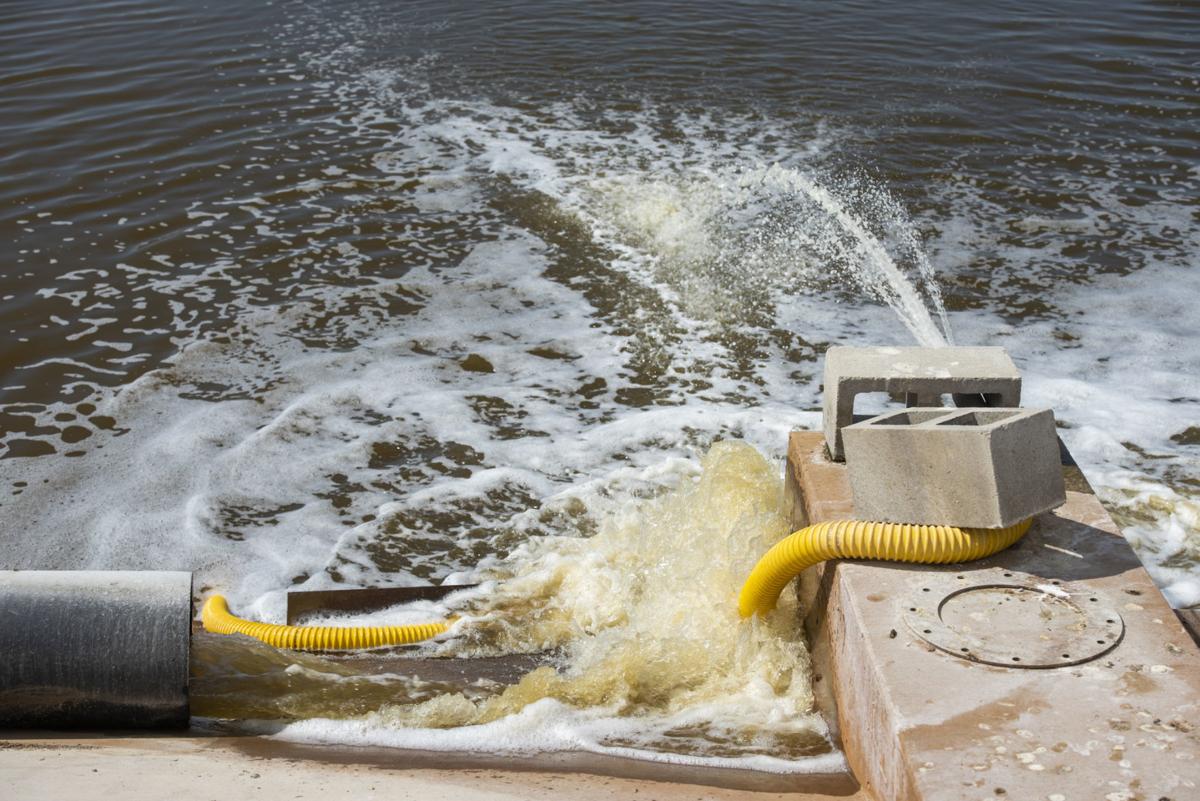 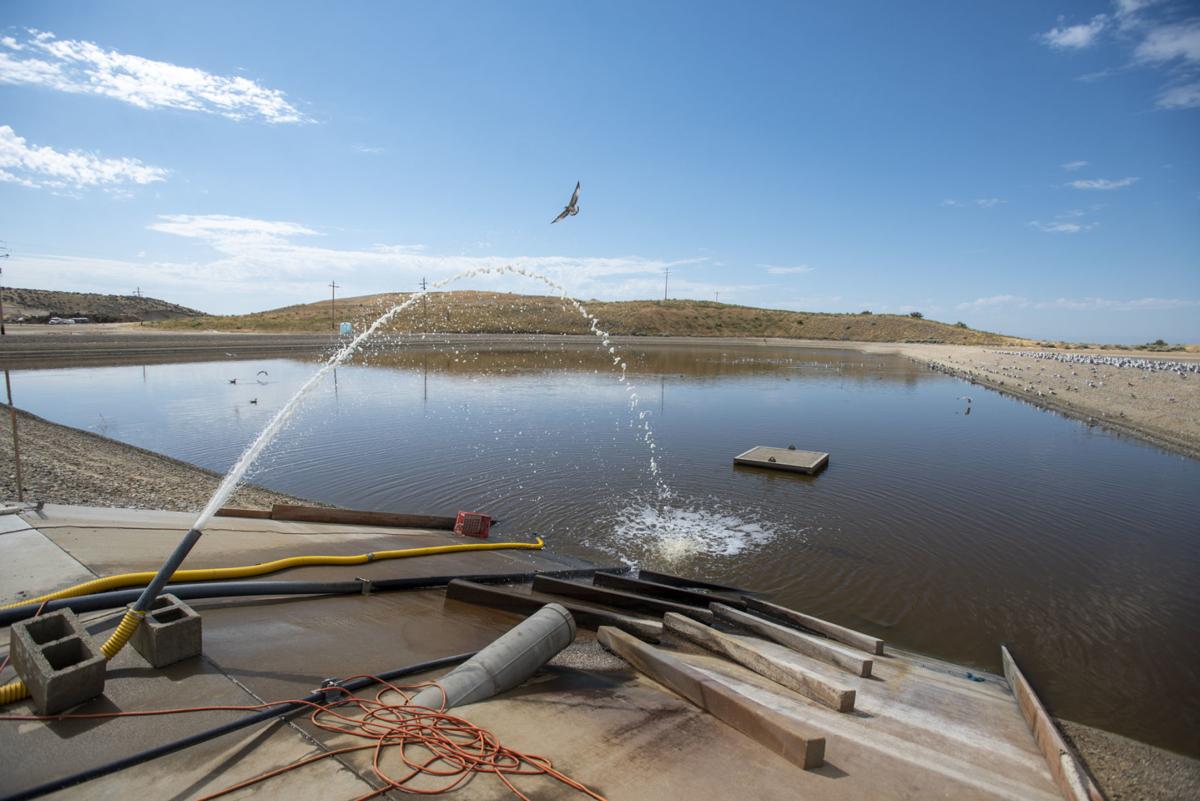 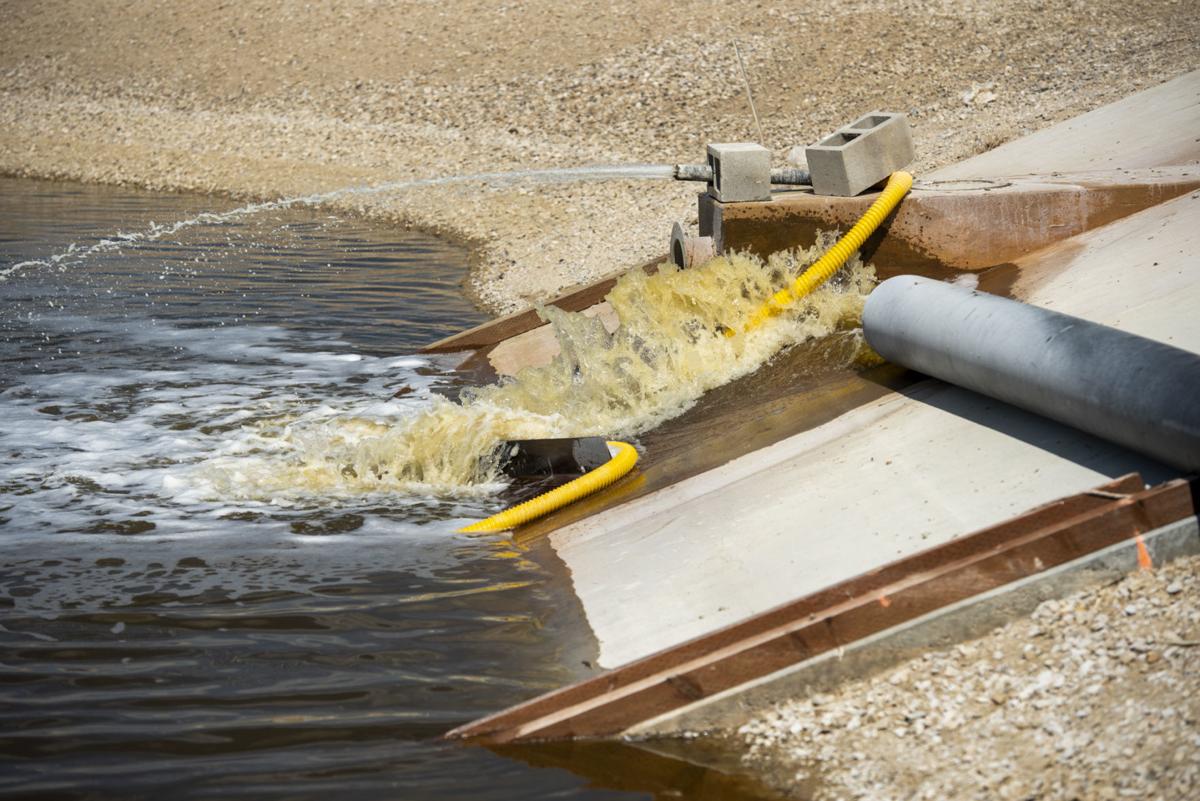 At the end of June, Boise city officials turned down a request from Ada County to dispose of 2 million to 4 million gallons of water collected from the base of the landfill over the course of the summer. The liquid, called leachate, was denied by city staff because its content could disrupt the city’s water treatment process, which has been substantially updated in recent years. The last time the county dumped leachate into the water renewal system was 2010.

“There are a lot of unknowns with leachate, and that is not something we wanted to take on at this time,” Boise’s Environmental Division Senior Manager Haley Falconer said.

Currently, after the leachate is collected in the bottom of the landfill, it is pumped into two collection ponds that hold 5 million gallons each. The water eventually evaporates; dozens of birds swim on the surface of the ponds every day. The water is not treated in any way, and Ada County Landfill Director Kurt Hunt said it is not harmful to the animals.

Hunt said he looked to the city to ask if he could have permission to dump the leachate into their system so he could be prepared in case of an emergency overflow in the ponds, but there is not an immediate need to dispose of the water.

“In certain years we have a lot of wet weather, and with the evaporation rate sometimes you don’t get enough evaporated, and you’re trying to make sure you have a backup plan,” he said. “That’s why we reached out because we were looking for other options.”

To keep the leachate levels under control, Hunt said the landfill uses a rain sheet to cover the waste and limit how much rainwater flows into the system.

Lab results testing the content of the leachate ponds showed concentrations for arsenic and nickel to be 50 and 20 times higher respectively than treated domestic water. The testing also found organic compounds phenol and methylphenol. Even though they were found in amounts 350 times below hazardous levels, Boise’s Water Quality Lab Manager Janet Finegan-Kelly was concerned about its potential impact on the wastewater plant.

“I believe that the concentration found is a concern for toxicity for plant operations…” she wrote in the report.

Hunt said in 2010, the landfill only had one leachate pond and it hit capacity because of rain water running into the leachate system. Before a new pond was built, landfill staff turned to city officials to dispose of it. Since the second pond was built, neither pond has reached anywhere near full capacity.

“We ran four water trucks for about three months, and we put it down into the city of Boise sewer system,” he said. “But then we built a second pond, and we haven’t had a problem.”

Falconer said one of the major reasons city staff denied the leachate proposal is because of changes to the city’s permit to treat wastewater from the Idaho Department of Environmental Quality, and the possibility the leachate could disrupt the water renewal plants.

In 2012, Boise received a new, more stringent water quality permit that required the city to remove ammonia and phosphorus and much higher levels than before. To do this, the Boise City Public Works Department created an entirely new treatment process that is heavily reliant on microorganisms and other biological processes to clean the water.

“We don’t 100% know what is in the leachate, so it was very concerning,” Public Works Director Steve Burgos said.