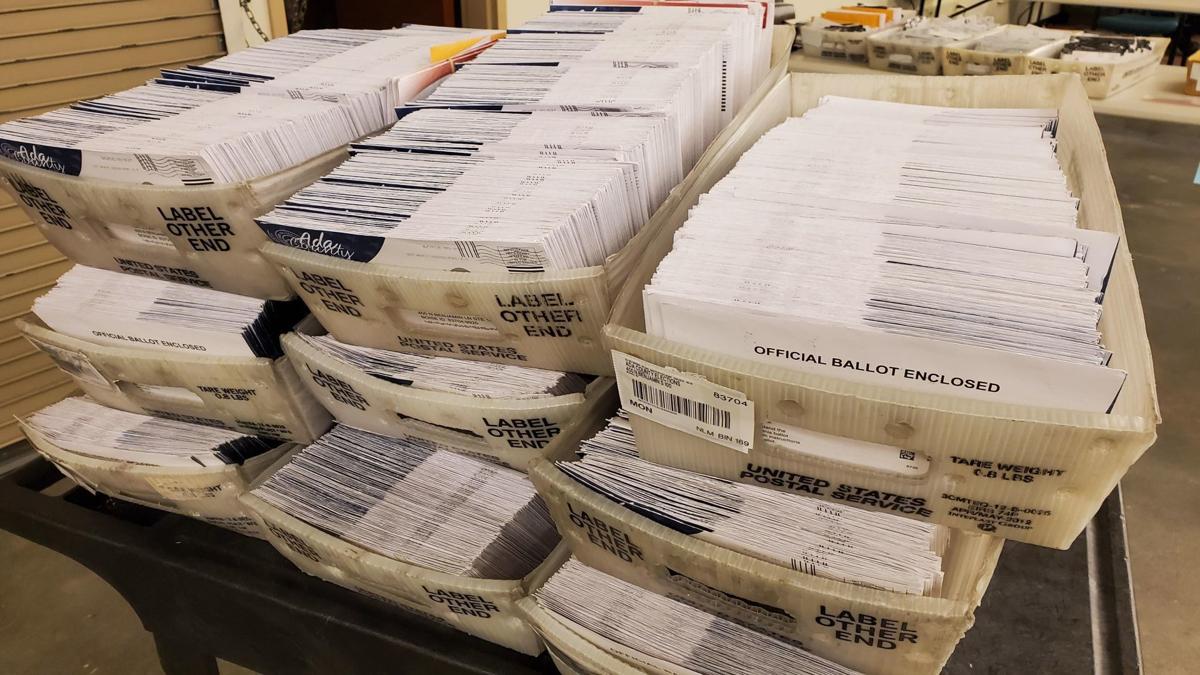 One day’s worth of ballots returned to Ada County on May 12. 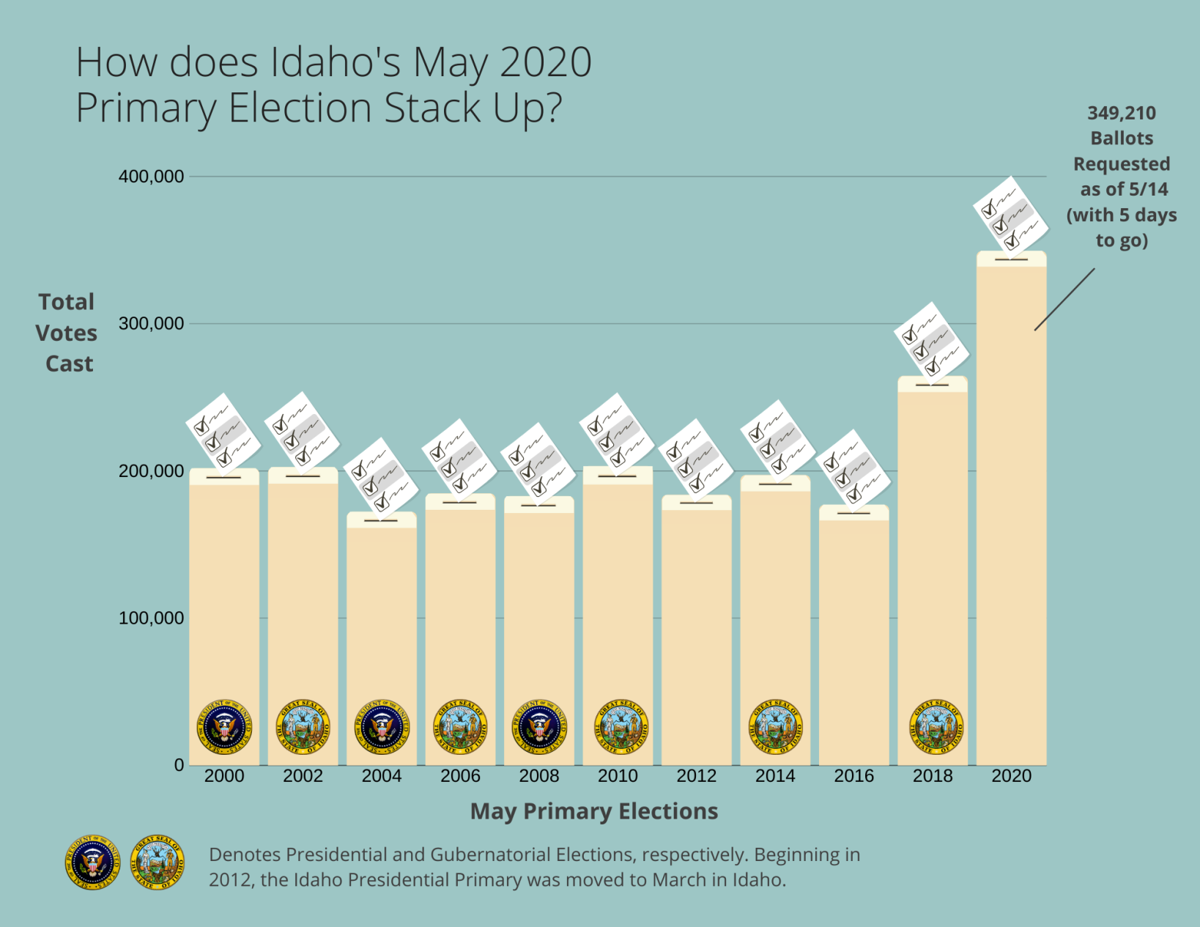 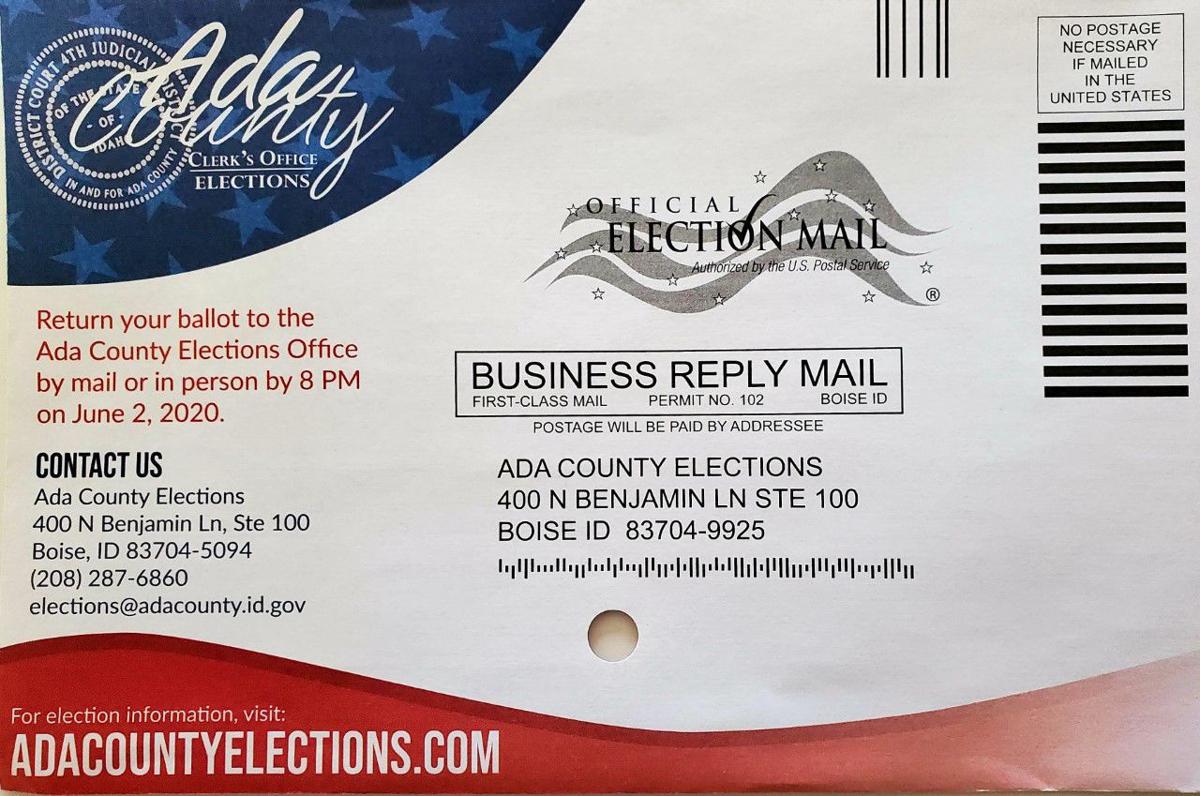 Idaho is holding an all-absentee ballot election for the May 19 primary. Shown is the return envelope included with an Ada County ballot.

One day’s worth of ballots returned to Ada County on May 12.

Idaho is holding an all-absentee ballot election for the May 19 primary. Shown is the return envelope included with an Ada County ballot.

CALDWELL — The Ada and Canyon County elections offices have had to increase staff members and change worker shifts so that someone is working 24 hours a day in order to keep up with absentee ballot requests.

Ada County Clerk Phil McGrane said part of the problem is the Idaho Secretary of State's system for voter registration and election information is slow, old and set to be replaced. He said the state system has previously had problems, but when the majority of people vote on Election Day, they don't use the same system as elections office workers do when they are inputting ballot request information.

"This election everyone is requesting a ballot, and each of those has to be individually entered," he said. "You have so much more activity going on the system."

Canyon County Clerk Chris Yamamoto said the elections office staff typically has four staff members, but is now up to eight, pulling people from other county departments to help. He said the office also began having a staff member work in the office 24 hours a day.

The Ada County Elections Office has done the same, McGrane said. He said the office was originally a staff of 10 people and now has had up to 40 people working at a time.

The 24-hour shifts are designed to have someone working when fewer people are using the system, which is tough to work with during business hours, Yamamoto said.

McGrane said he "couldn't emphasize enough" how unprecedented the number of absentee ballot requests the Ada County Elections Office is getting.

"Last Friday, after the absentee request postcards were mailed out, our office got 16,000 request forms that day," McGrane said. "Each has to be individually handled, and every day the mail has thousands of requests in it."

Yamamoto said Canyon County has mailed 32,677 ballots as of Friday, and he estimates they have about 5,000 requests to process.

Yamamoto said the Secretary of State's system is working better now, and because Ada County has a larger staff in its elections office, McGrane offered to help Canyon County with a few thousand ballots.

Deputy Secretary of State Jason Hancock could not be reached for comment Friday.

Yamamoto said the elections office has had problems with the Secretary of State's ballot request forms that were mailed to every registered voter in the state. He said some voters left the request forms blank and just signed it, leaving an illegible signature and no way of contacting the voter who sent the form in.

Yamamoto also said many people had already requested a ballot, but still sent in a form. The elections office has to go through every form, even the duplicates.

When asked if there was any worry about getting all of the absentee ballots out to voters in time to be counted in the election by June 2, McGrane said, "Is there worry? There probably is, but I think everyone has planned (on) staffing up to get them out in time."

He added that the way this election was designed, people have two weeks to get their ballots in.

"The goal is to have all the ballots issued by next Wednesday; all requests are accepted through Tuesday," McGrane said. "There is going to be a delay, but if you don't have your ballot by Wednesday, we have a two-week window to give time for the mail out of the ballot, for the voter to get it and mail it back. We have adequate time without having to rush and race."

Election Day is Tuesday, and county elections offices across the state will be accepting ballots up until 8 p.m. June 2.

McGrane emphasized that even if a voter does not get their ballot by Tuesday, they should not worry because they will get it shortly and will have enough time to mail it in before the deadline.

Idaho primary election starts Tuesday, and it's historic; get your candidate info here...

This has been one of the strangest election seasons ever, but there is an Idaho primary election coming up – and it matters. Every seat in the…