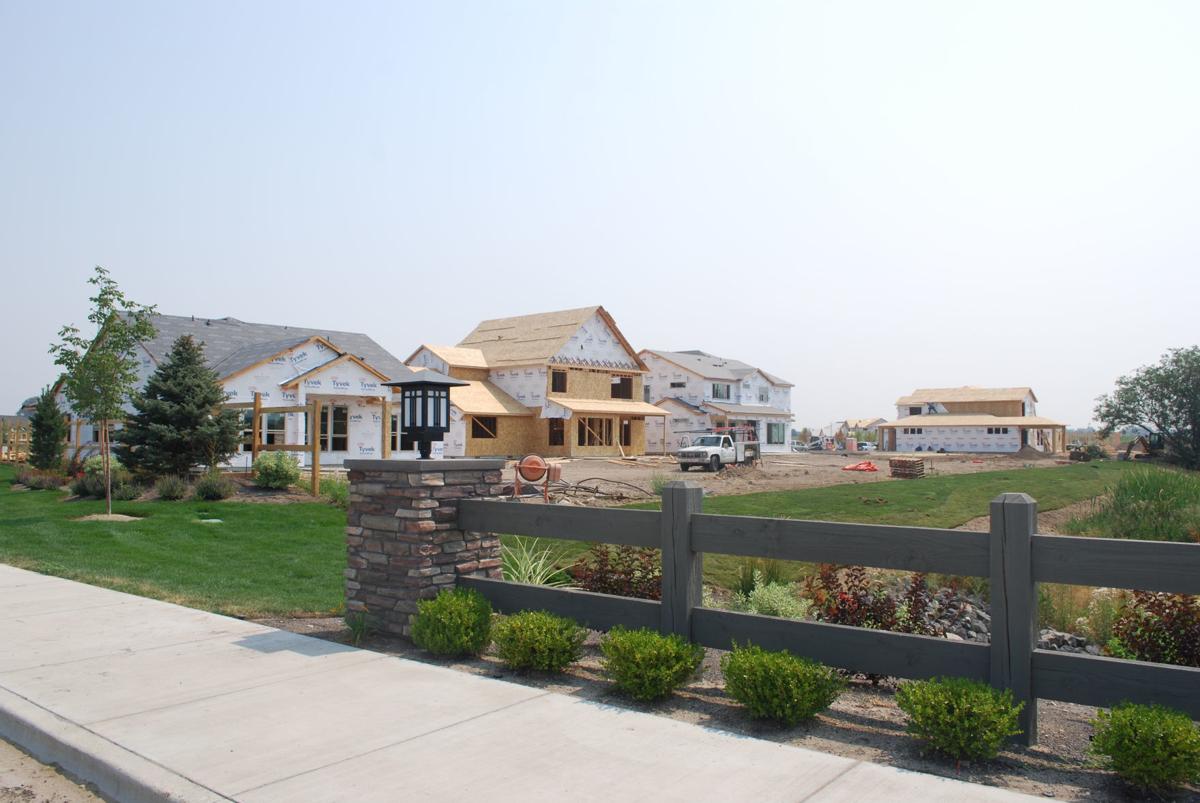 High demand for homes in Ada County continues to push prices up. In this August 2017 file photo, new houses are under construction in Meridian's Century Farm neighborhood.

BOISE — The Ada County Assessor’s Office, recognizing the burden of rising property taxes, led a focus group in December and is now outlining possible steps to ease the strain on homeowners.

The county’s skyrocketing property values — and in turn, rising property taxes — are putting pressure not only on the elderly and residents on a fixed income, but on younger homeowners struggling to afford child care and student loan payments, according to county Assessor Bob McQuade.

For McQuade, reaching out to the public about how property taxes affect them came from a personal experience.

“Several years ago, my wife and I had a substantial increase in our property taxes, and I remember looking out the window and wondering, ‘How long can we stay in this house?’” McQuade said in an interview Wednesday.

Though McQuade and his wife didn’t have to move, the feeling stuck with him. With Ada County property values among the fastest-growing in the country, McQuade saw a chance to work with the public to make positive changes.

The assessor’s office on Tuesday released a multi-page report with results and input gathered from two focus-group sessions. The report includes 29 potential solutions, ranging from tax exemptions and increasing local sales taxes to freezing property values once a homeowner turns 65.

Based on the focus group’s input, “it is starkly apparent that the vulnerable senior population is among those most affected by growth’s downsides,” the report said.

For those who live on a fixed income and have lost their spouse, property tax burdens can push retirees to return to the workforce, according to the assessor’s office.

But, McQuade noted, it’s not just the elderly having issues with their property taxes.

“The other people being hit are people in their early 30s, with school debt, paying for day care,” and other large expenses, McQuade said. “Those people are struggling, too.”

Part of what the assessor’s office learned from the group was that a high number of participants have sacrificed other important expenses in order to pay their property taxes.

“At the top of the list of necessities sacrificed in order to pay property taxes was medical care (prescription drugs and doctor visits, including medical, dental, and eye care.) Home repair (roof repair, for example) and general property upkeep were also” forgone, the report said.

The homeowners in the focus group said they were not considering selling their homes, or at least not yet.

“The predominant theme of responses … was If I had to move, where would I go? This speaks to the growing unaffordability of the Ada County market, especially for those on fixed incomes,” the report said.

The assessor’s office determines the value of property in Ada County, which means it makes sure tax liability between properties is fair, according to the report.

“We think we can be useful in the identification of potential solutions, and the utilization of our know-how of the property tax system and access to those with authority to change it (or at least those who can affect change),” the report said.

The steps outlined in the assessor’s office report will require action from groups other than McQuade’s office — raising the local sales tax rate would require the Idaho State Legislature to take action, for example. But the assessor does have some action plans ready to go now.

“Please be assured that where the Assessor’s Office can tighten internal controls to make sure the existing system operates as fairly as possible, we will,” the report said.

The office is looking to coordinate outreach with external organizations and agencies and expand the amount of information on its website to make sure people know about tax-reducing programs available to them.

McQuade sad he hopes to work with lawmakers to make the homeowner’s exemption a more powerful tool for people in Ada County and Idaho, as well as making sure more people know about potential property tax reductions.

“I know what people are feeling with these dramatic increases,” he said.

The burden of rising property taxes on homeowners is also a concern for lawmakers of both parties.

As the Idaho Press reported at the start of this year, House Minority Leader Ilana Rubel said Democrats will propose legislation this year to address the issue. Ideas include bringing back the indexing of the homeowner’s exemption to home values, and increasing the circuit breaker property tax break for the elderly and disabled, to help “seniors who are really getting slammed with property taxes and getting pushed out of their homes," Rubel previously told the Idaho Press.

Senate President Pro-Tem Brent Hill, R-Rexburg, “The thing is, residential property has gone up faster in value than the commercial property has, not only in Idaho.”

That’s led to much of the outcry from residents over fast-rising property taxes, he said. “There may be some tweaks that could make it better.”