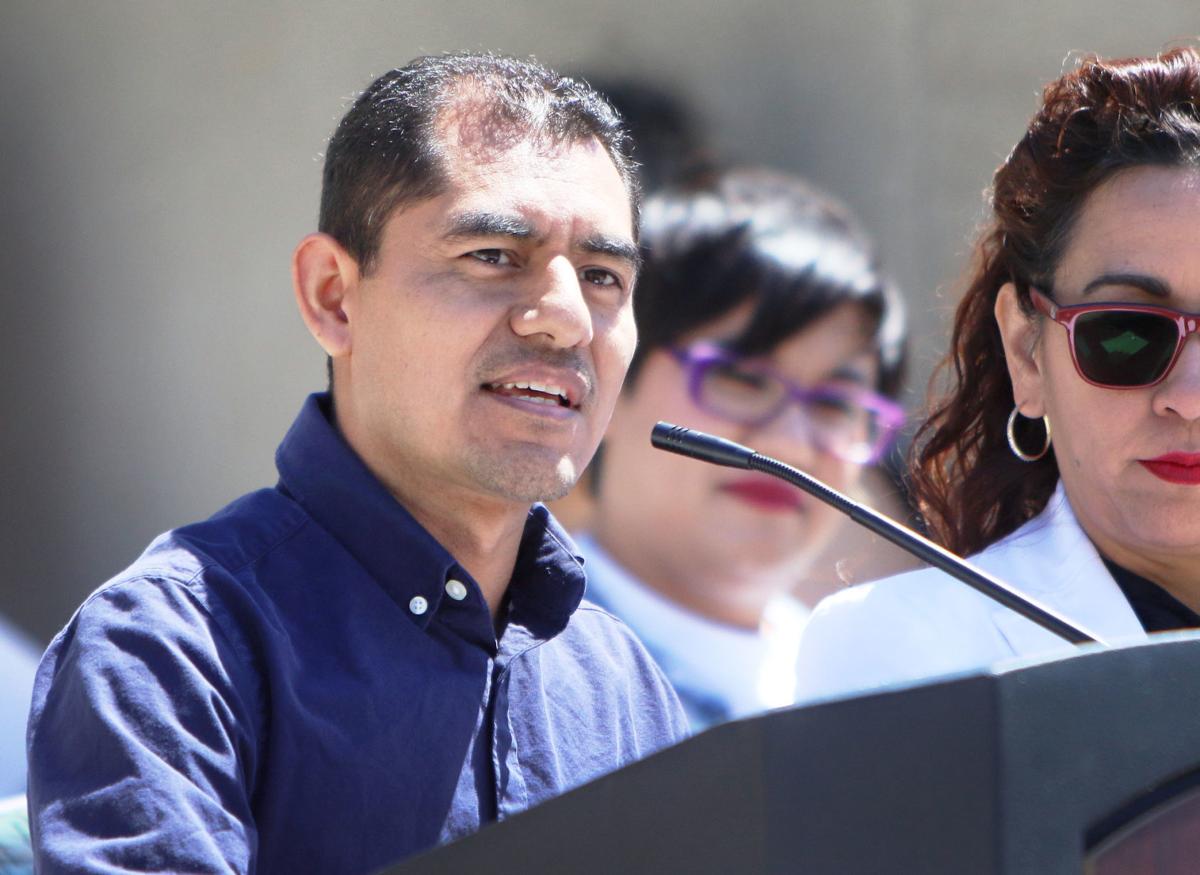 ACLU of Idaho Executive Director Leo Morales speaks from the Idaho Capitol steps in this file photo from June 1, 2018. The ACLU of Idaho plans to back a bill in the upcoming legislative session that would delay employers’ questions about a potential employee’s criminal history until later in the hiring process. 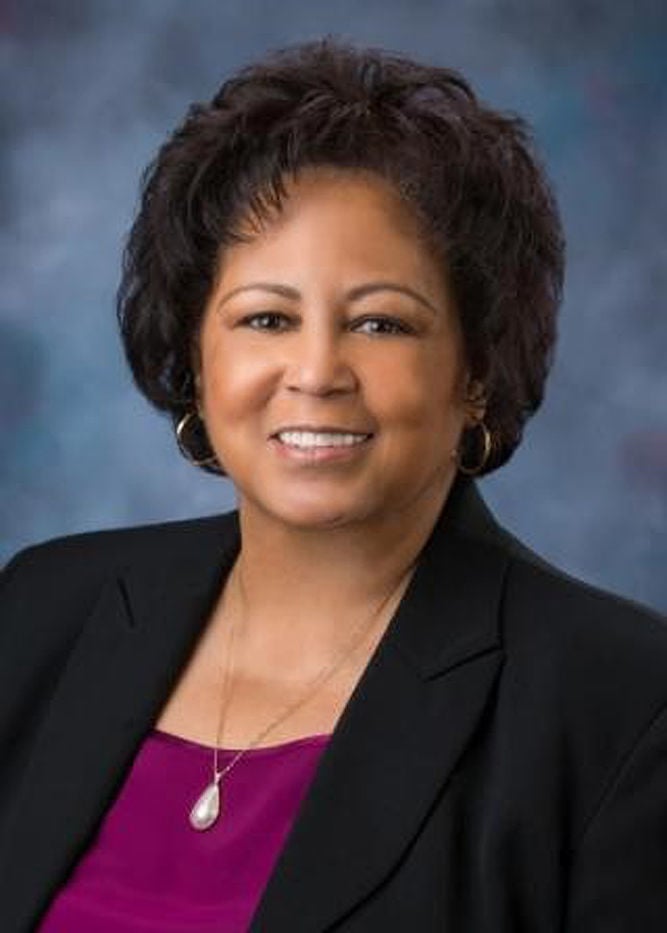 ACLU of Idaho Executive Director Leo Morales speaks from the Idaho Capitol steps in this file photo from June 1, 2018. The ACLU of Idaho plans to back a bill in the upcoming legislative session that would delay employers’ questions about a potential employee’s criminal history until later in the hiring process.

BOISE — The American Civil Liberties Union of Idaho in the upcoming legislative session plans to back a bill that would delay employers’ questions about a potential employee’s criminal history until later in the hiring process.

The goal of the Fair Chance Employment Act, said Sen. Cherie Buckner-Webb, D-Boise, who told the Idaho Press on Friday she plans to sponsor it, is to give people with a criminal history a chance to present themselves and their skill sets to employers before being automatically written off simply because of a prior conviction.

“Everybody should have another chance,” she said. “I really believe that.”

Employers could still conduct background checks, ask questions about criminal history, and, ultimately, decide not to hire a person, Buckner-Webb said. But the bill would prevent them from asking those questions until after an applicant has given a personal interview, or has received a conditional offer of employment.

The announcement of the ACLU of Idaho’s plans to back the legislation comes alongside the unveiling of its Blueprint for Smart Justice. Over the last two years, the ACLU’s national office partnered with the Urban Institute, a D.C.-based think tank, to analyze the changes necessary to cut each state’s prison population in half. The ACLU then published reports of its findings in each state. The ACLU of Idaho plans to launch its campaign Jan. 7, a day after the legislative session starts, and give copies of its report to lawmakers.

After looking at Idaho’s data, said Ruby Mendez, legislative advocacy fellow for the ACLU of Idaho, the organization decided the Fair Chance Employment Act would be a good first step to take to reduce the state’s prison population.

“We feel that this can be a bipartisan issue folks can really get on board with,” Mendez said Friday.

Across the country, it’s not a new idea — according to the National Employment Project, 13 states and 18 counties have enacted “ban the box” policies. Mendez said many businesses she’s spoken with in Idaho already have such policies in place.

Roughly 21% of people in Idaho have a criminal history, according to ACLU’s blueprint report.

“Ensuring fair chance employment protects people who are formerly incarcerated from being subjected to blanket exclusions by employers, delaying criminal history inquiries until later in the hiring process,” according to the report. “This legislative effort can help ensure access to employment and thus stability for those reentering their community, lowering recidivism rates.”

And lowering recidivism rates would play a key role in reducing Idaho’s prison population — in 2017, 71% of people in Idaho’s prisons were there because they failed parole or probation, according to the blueprint report.

“In 2017, Idaho tied with Washington as the states with the largest share of annual admissions to prison for violations of probation or parole conditions,” according to the report.

Not having a job compounds the challenges a person on parole or probation faces, such as paying certain fees, or finding a place to live. Woodson and Mendez said they feel fair chance employment policies might help more people find work even if they’re on probation or parole — and thus, may help to keep them from violating that probation or parole.

Cutting down on the number of parole and probation violators headed to prison has been a flagship issue for Idaho Department of Correction Director Josh Tewalt.

As of Thursday, 9,406 people were in prison in Idaho, including 846 state inmates being held in county jails and 651 people in the privately run Eagle Pass Correctional Facility in Texas. This is up from 9,145 people in prison in early September and 8,708 in September 2018, according to the Idaho Department of Correction.

In 2018, the Board of Correction proposed building a new prison. This hasn’t happened yet, although lawmakers in 2019 did approve building another community reentry center in northern Idaho and an expansion of the St. Anthony Work Camp.

The ACLU’s report looks at the prison population by offense and race. As of 2018, it says, a third of people in state prison were there for drug offenses, 21% for assault and 18% for property crimes. Fifty-eight percent were in prison for a nonviolent offense. Members of nonwhite groups are, in proportion to their numbers, far more likely to be imprisoned — the incarceration rate for black adults in Idaho is five times that for whites, while Hispanic adults are twice as likely to be imprisoned as white ones and the Native American incarceration rate is four times higher than the white one.

“The goals of the blueprint are to dramatically cut incarceration in Idaho, address racial disparities and to introduce solutions that invest in people and communities rather than in the construction of more prisons,” said ACLU of Idaho Executive Director Leo Morales. “We know these are not overnight goals, but given the high cost of incarceration to the state and our current prison overcrowding problem, we believe now is the time to start. Toward that end, we intend to lead by introducing Smart Justice legislation during the 2020 legislative session.”

The report contains numerous proposals to reduce the number of people in jails and prison, including expanding treatment for mental health and addiction, raising the felony theft threshold from $1,000 to $2,500, decriminalizing marijuana, looking for alternatives to incarceration for parole and probation violations, getting rid of cash bail, improving the state’s public defense system, and getting rid of the “persistent violator” law, under which a third felony can carry a minimum sentence of five years and a maximum of life.

Woodson, the ACLU of Idaho’s community engagement manager, said he hopes the blueprint report will spark conversation about criminal justice reform among lawmakers. Idaho is at a crossroads when it comes to incarceration, he believes.

“We’re sending people to different states right now,” he said. “If that isn’t a catalyst to have some of these discussions along with this data, I don’t know where we start.”