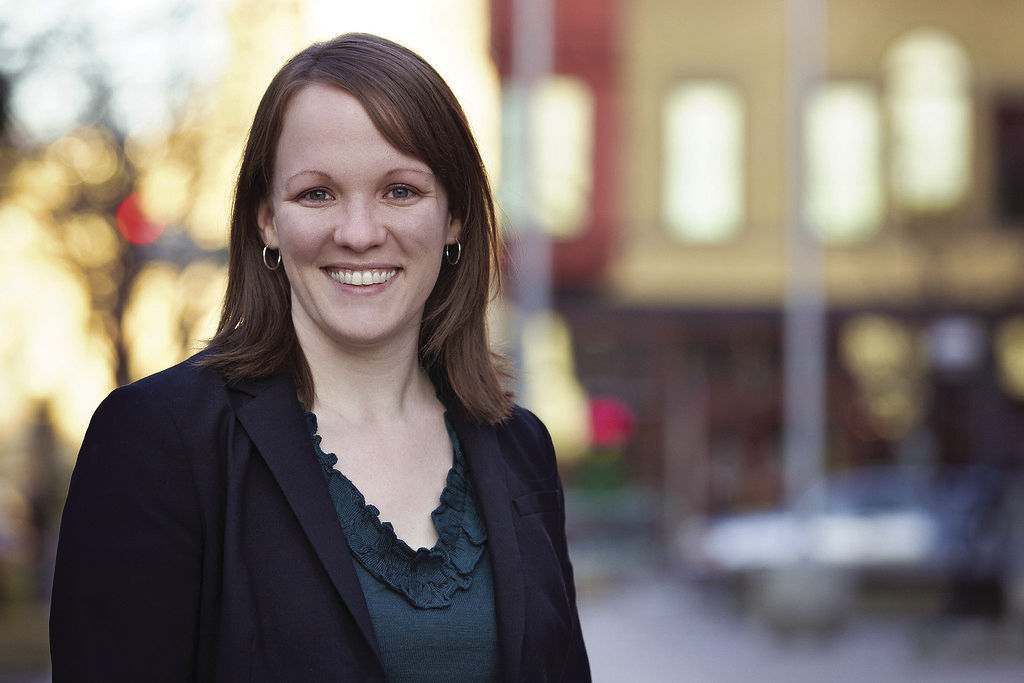 A car crash on Saturday took the lives of Holland, her infant son and older sister. 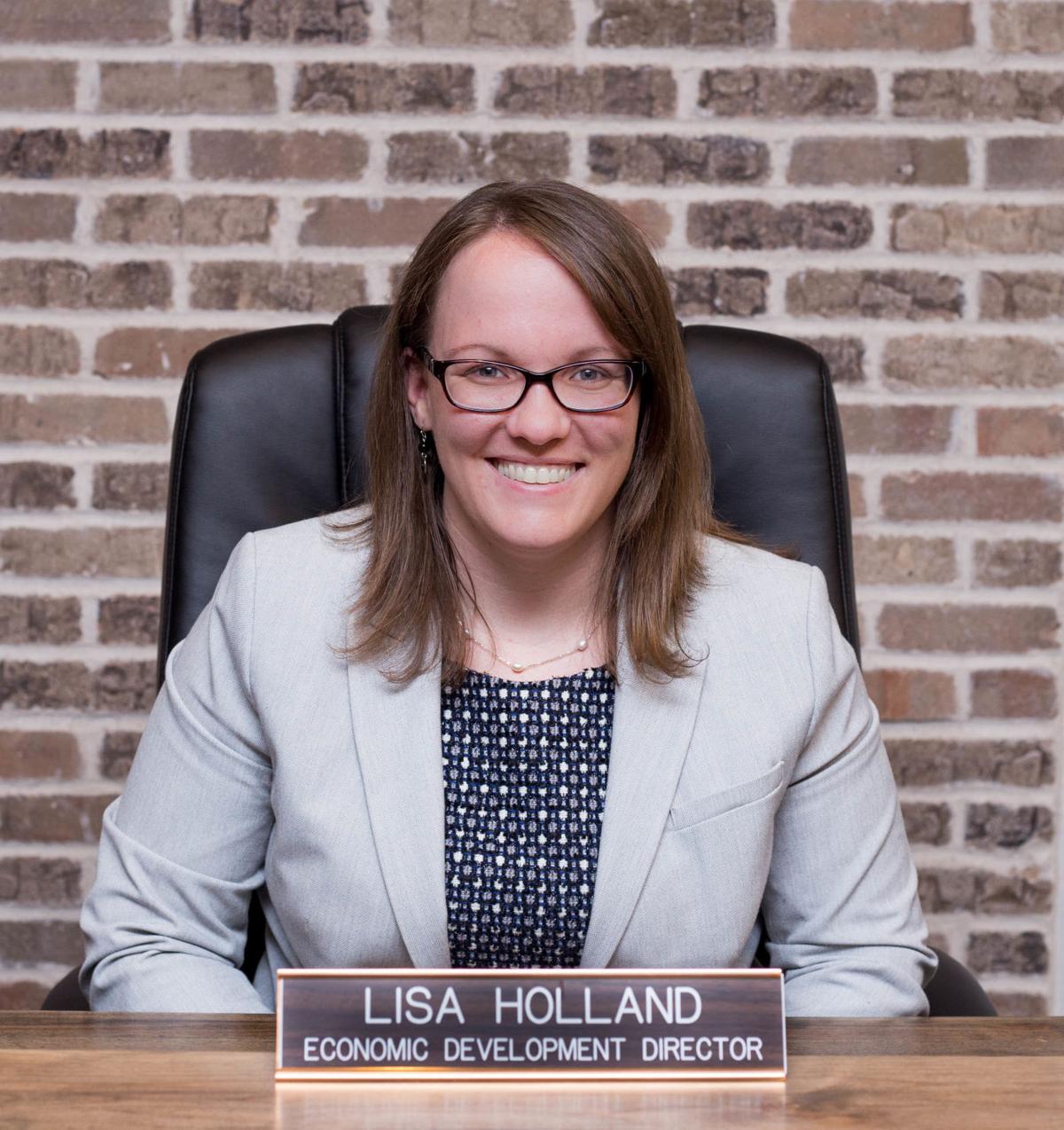 Lisa Holland was the economic development director for the city of Kuna and a member of the Meridian Planning and Zoning Commission. A car crash on Saturday took the lives of Holland, her infant son and older sister.

Lisa Holland loved to sing and dance, which brought joy to her friends and family, but it was her passion for economic development that made her a civic leader beloved around the Treasure Valley.

As economic development director for the city of Kuna, Holland was an ardent supporter of the business community in the once quaint but quickly growing city south of Boise. In her free time, she volunteered for the planning and zoning commission in her hometown, Meridian.

“She was a true servant leader,” said Haline Anderson, Holland’s friend. “She had an incredible ability to connect people with people, to welcome you and make you feel comfortable, no matter who you were.”

She was also a wife of six years and a new mother. Holland and her husband, Daniel, last year welcomed their first child, a son named Milo.

But Holland’s blossoming life and career were cut short Saturday, when she, along with her sister and infant son, died in a crash on state Highway 51 near Mountain Home. Holland, 34, and her older sister, Laurie Bloomquist, 38, of Portland, Oregon, died at the scene of the accident. Milo, 8 months old, was transported to St. Luke’s Boise, where he later succumbed to his injuries. Daniel, 32, was transported to St. Luke’s Elmore and later released, according to family friends.

Seven vehicles, including a semi-truck, were involved in the crash, according to Idaho State Police. Isias Armenta Valdez, 39, of New Mexico; Douglas D. Meyer, 74, of Mountain Home; and Stephen A. Zandes, 34, of Mountain Home, were also transported to St. Luke’s Elmore following the crash. Their conditions were not publicly available as of Monday afternoon. The cause of the accident has yet to be determined, and Idaho State Police is investigating.

Since the accident, city leaders in Kuna and Meridian have mourned the loss of Holland and shown support for her family.

“She was not only a co-worker and economic guru, but she was our friend and family member,” said a joint statement from the Kuna mayor, city council and city staff. “To know this wonderful woman was to truly experience genuine happiness, kindness and friendship. Lisa will be missed in ways that can’t be described.”

Meridian Mayor Robert Simison said the news of the accident broke his heart. The city will honor Holland during Tuesday’s city council meeting and Thursday’s planning and zoning commission meeting.

“The Treasure Valley lost a friend, colleague, passionate volunteer, and community advocate whose work in economic development was a huge influence in our region and the State of Idaho,” Simison said in an emailed statement. “Lisa wore many hats in the work she did and relationships she built. We knew her most as a member of our Planning and Zoning Commission, but what we saw over the last year through our conversations and pictures was a beaming wife and new mother.”

Holland’s passion for business and public service was evident at Northwest Nazarene University, where she was a member of a campus entrepreneurial club, said her college roommate Heather Ponczoch. While she could be “goofy, bubbly and silly,” willing to get down in a dorm dance party, that passion for business “never wavered,” Ponczoch said.

After graduating with a bachelor’s degree in business administration in 2009, Holland worked for Delta Dental of Idaho and the Boise Valley Economic Partnership. She graduated with a master’s in business administration from California College of the Arts in 2016. Two years later, she began working for the city of Kuna and was named to the Idaho Business Review’s “Accomplished Under 40” list.

In Kuna, where Holland took dance lessons as a kid, she worked to bring more businesses to the city and help current businesses thrive. Most recently she was hard at work launching the Kuna Market Village, a “pop-up” village that would turn repurposed sheds into storefronts for local vendors to sell their goods; a large share of Kuna businesses are small and run out of homes, she told the Kuna Melba News last year.

“I remember her talking about how excited she was to find, as she called it, the identity of Kuna,” Ponczoch said. “She said there were so many wonderful people who lived in Kuna and her dream was to bring in enough business that people didn’t have to commute out of Kuna for jobs.”

Anderson said, “Lisa loved the Boise Valley so much, has always loved it so much. If you didn’t live here, in a short conversation with her you’d want to move here. She traveled the world and always thought that this was still the best place to be and to live.”

Kuna Mayor Joe Stear said in an email, “Lisa was moving us forward in a very positive direction. We will do our best to carry her efforts on in a way that would honor her and make her proud.”

In Meridian, Holland was a champion of respectful debate in her role on the planning and zoning commission. She was appointed by former Mayor Tammy de Weerd after current City Council President Treg Bernt vacated his seat on the commission.

Bernt said in a Facebook post Monday, “Through the years, I’ve gotten to know her better. I’ve seen her lead. I’ve seen her engage in respectful debate and make tough decisions on our behalves. I’ve seen her turn around the economic development in Kuna. I’ve seen her speak about her loving husband. I’ve seen her become a mother. She cared a lot about our #community and served us well. Most importantly, she loved her family with every morsel of her soul.”

Anderson, who met Holland in college as part of the school’s choir, said she loved the outdoors. She loved dinner parties. She loved her family. She loved Jesus and was active in her church, Castle Hills Church of Nazarene. And, above all, she loved being a mother.

“They were both so excited,” Anderson said of Daniel and Lisa when they were awaiting the birth of their son. “Dan is such a present husband and a present dad. They were the perfect family.”

An online fundraiser for a memorial service for Lisa and Milo Holland and Laurie Bloomquist has raised more than $23,000 as of Monday afternoon. To donate, visit gofund.me/a5e98ed5.