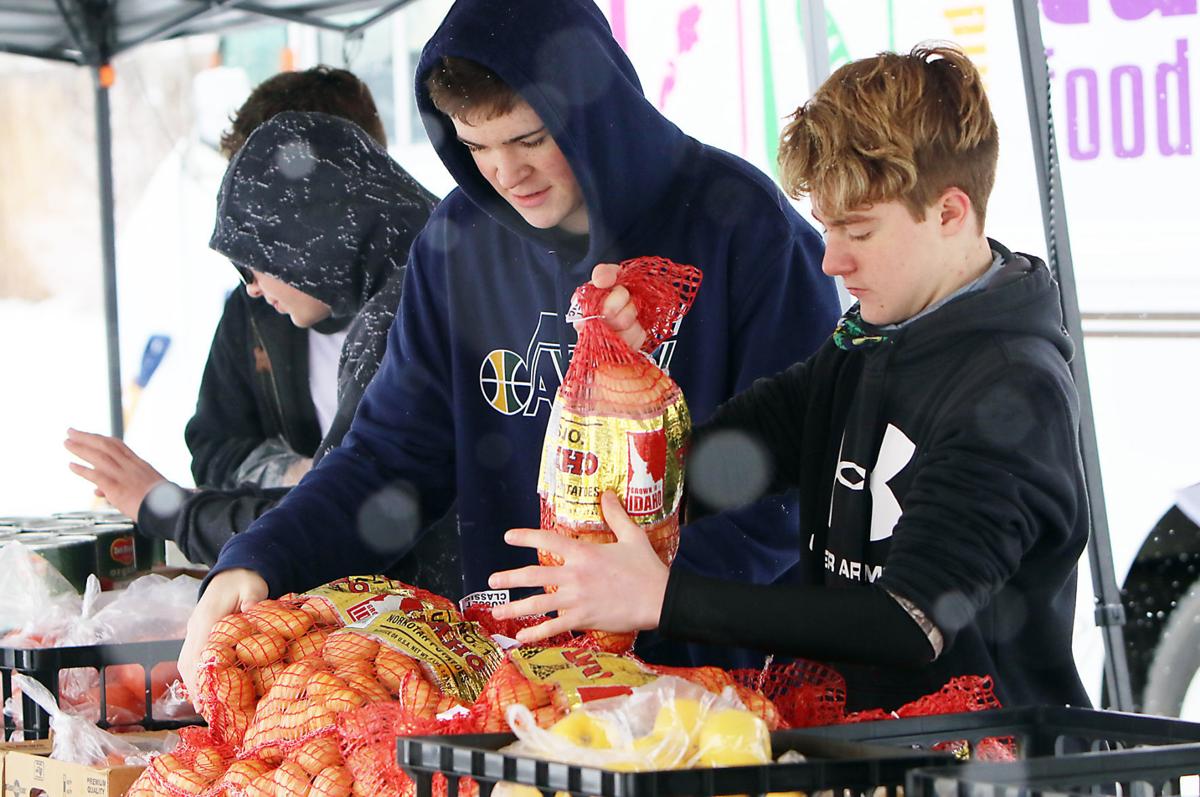 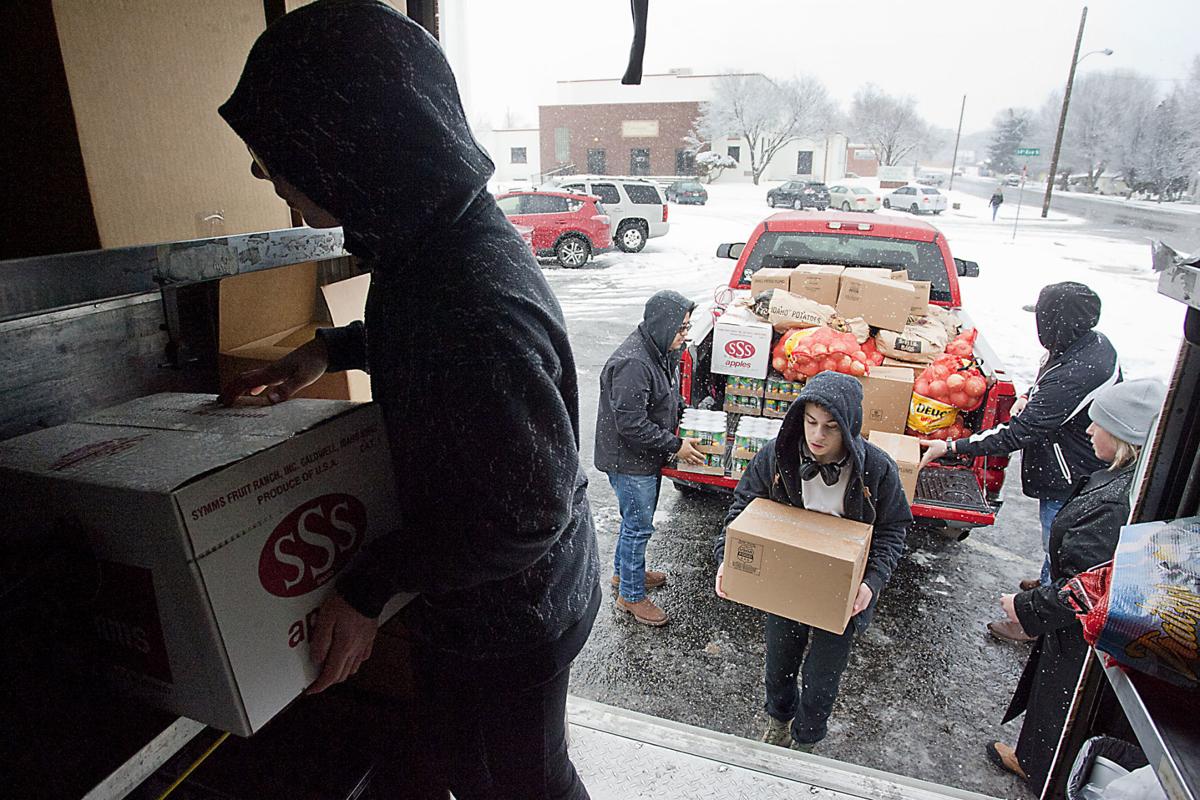 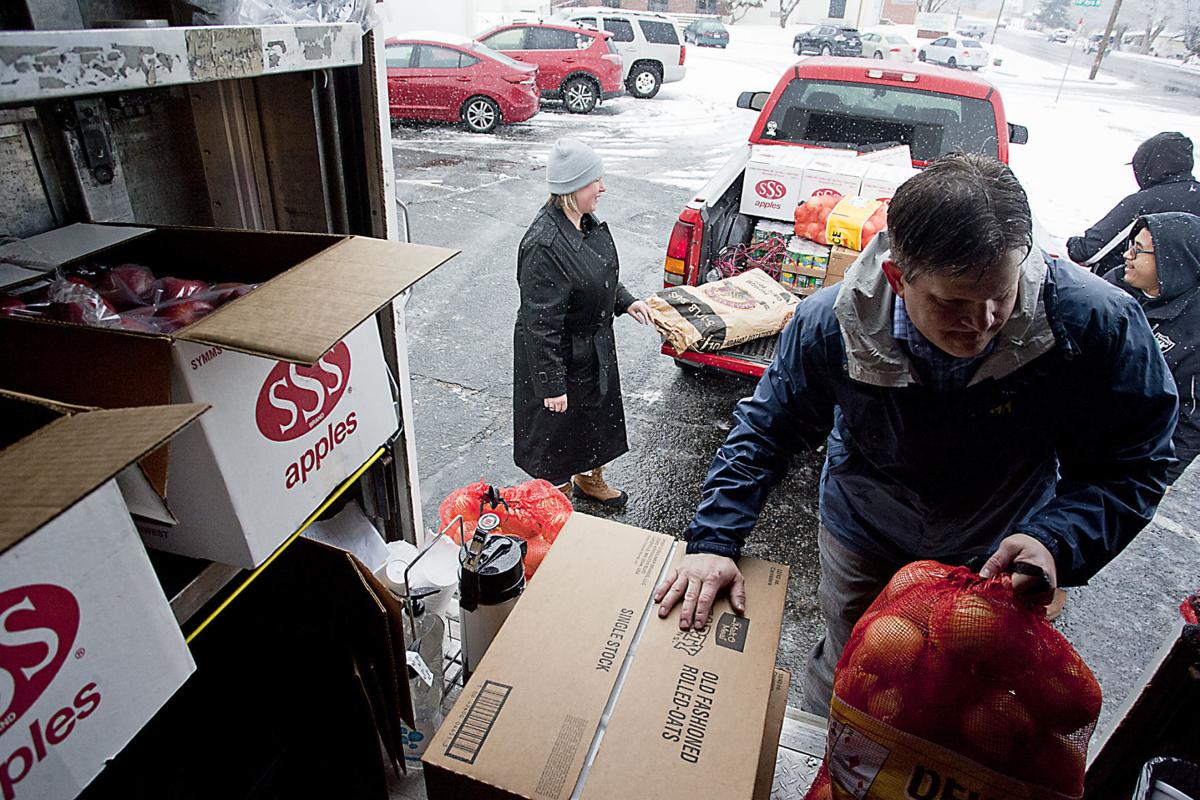 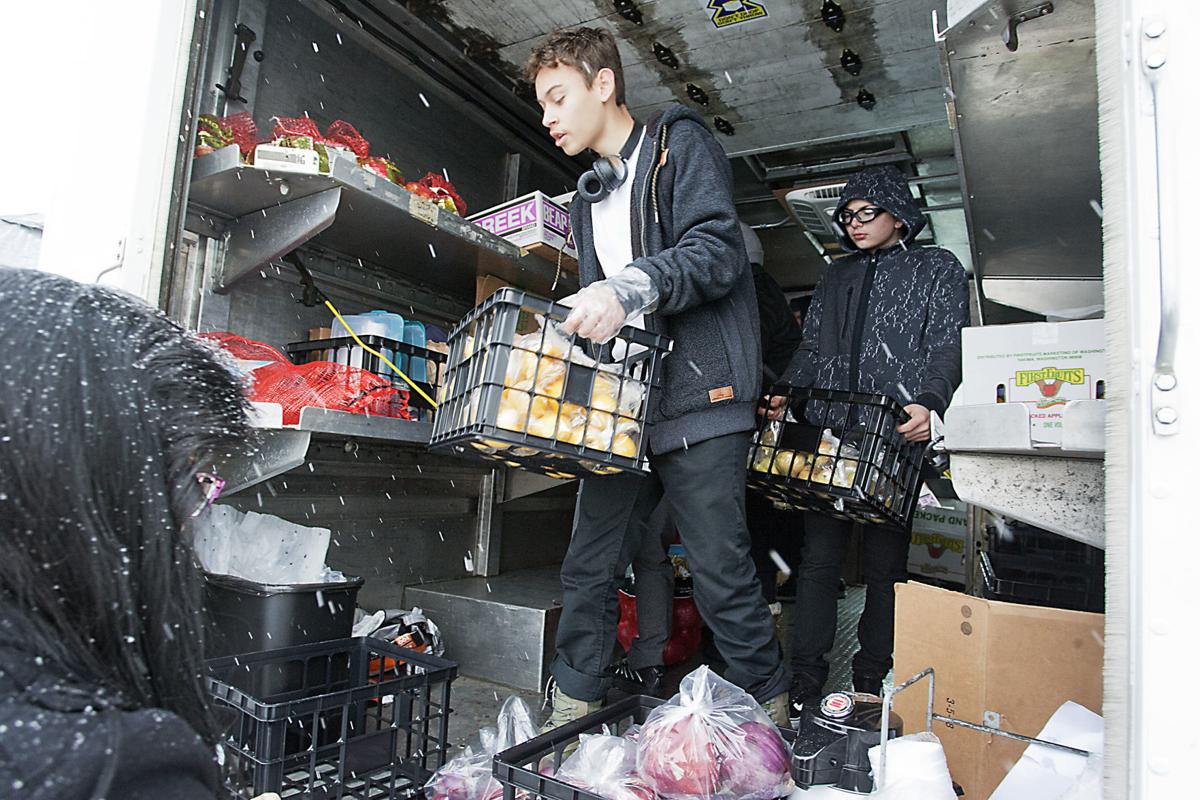 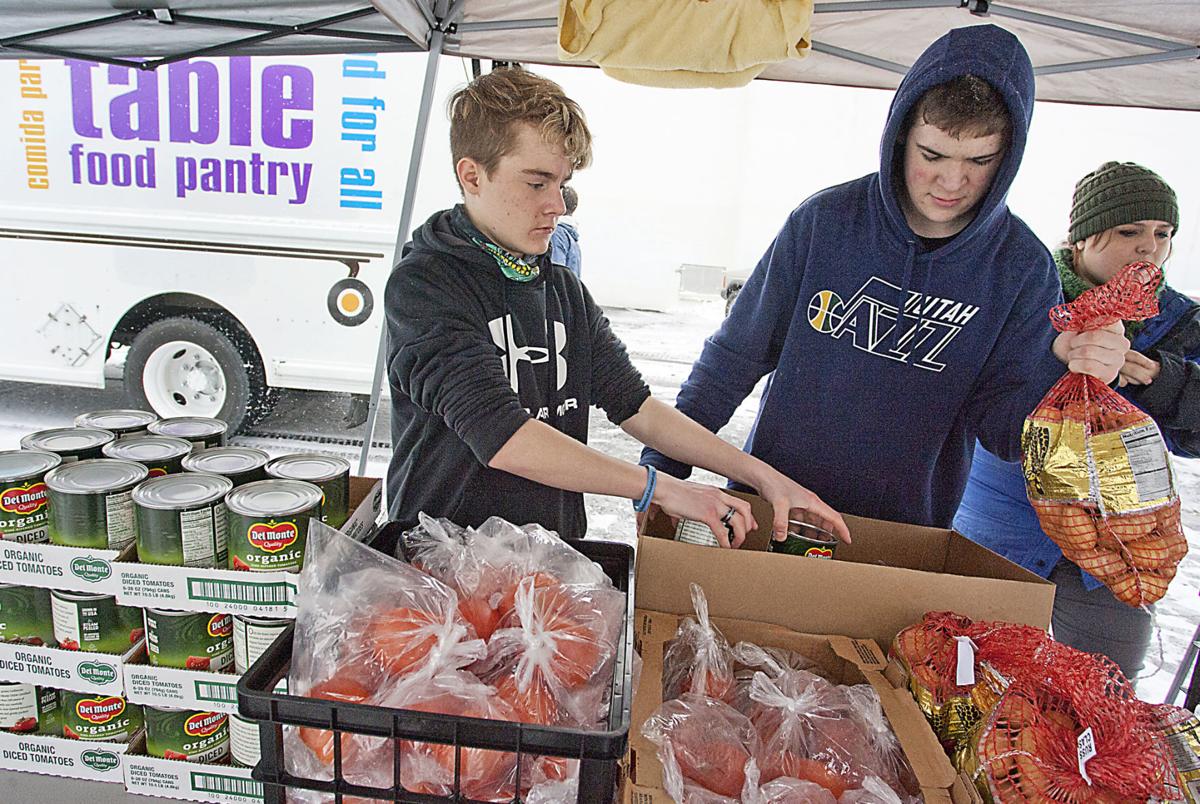 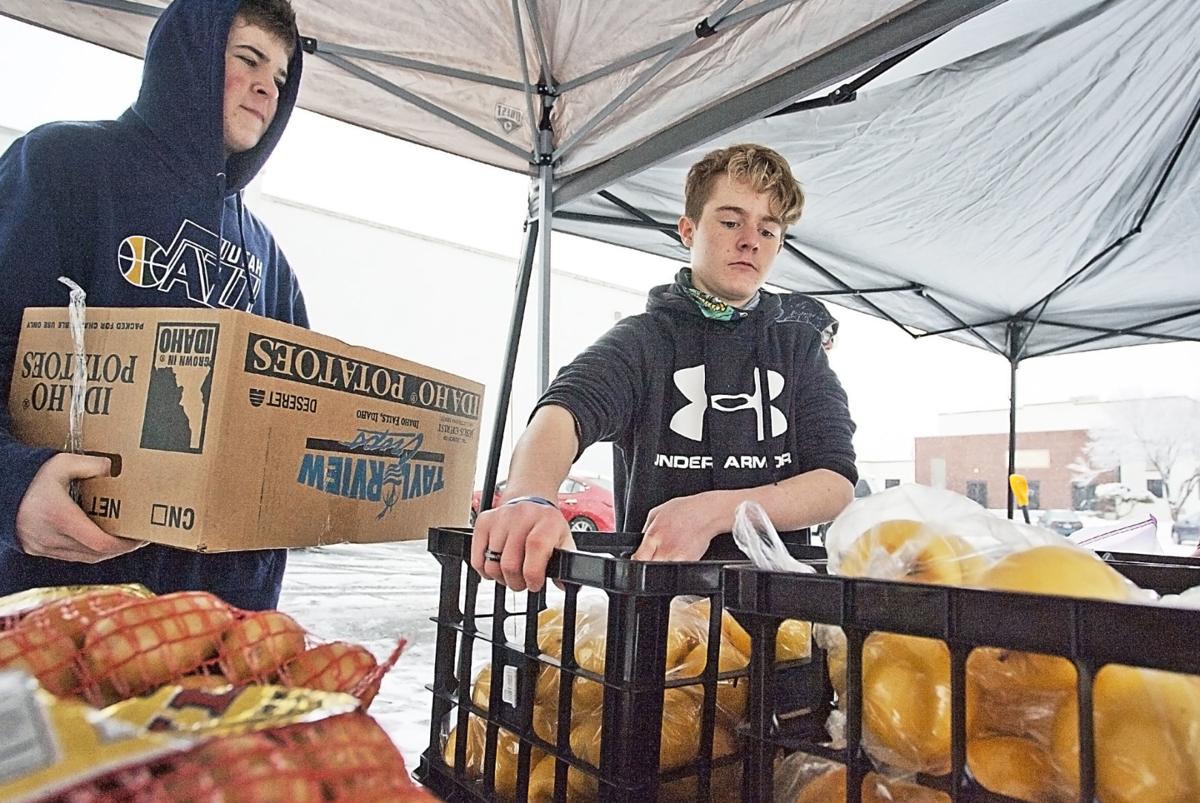 Volunteers Troy Theobald and Masen Storms, both 15, set up crates of food for the Traveling Table mobile food pantry,Wednesday, Feb. 20, 2019. 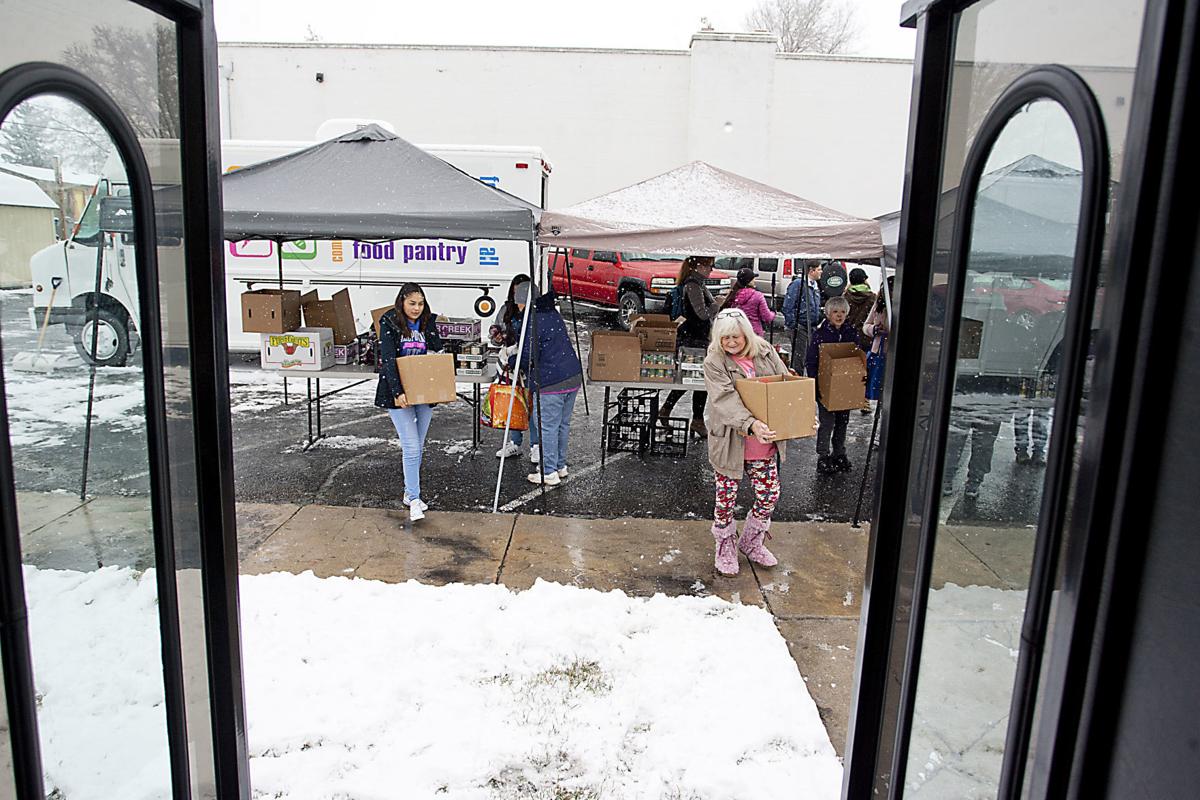 Patrons head back to the grocery shuttle after a visit to the Traveling Table mobile food pantry,Wednesday, Feb. 20, 2019. 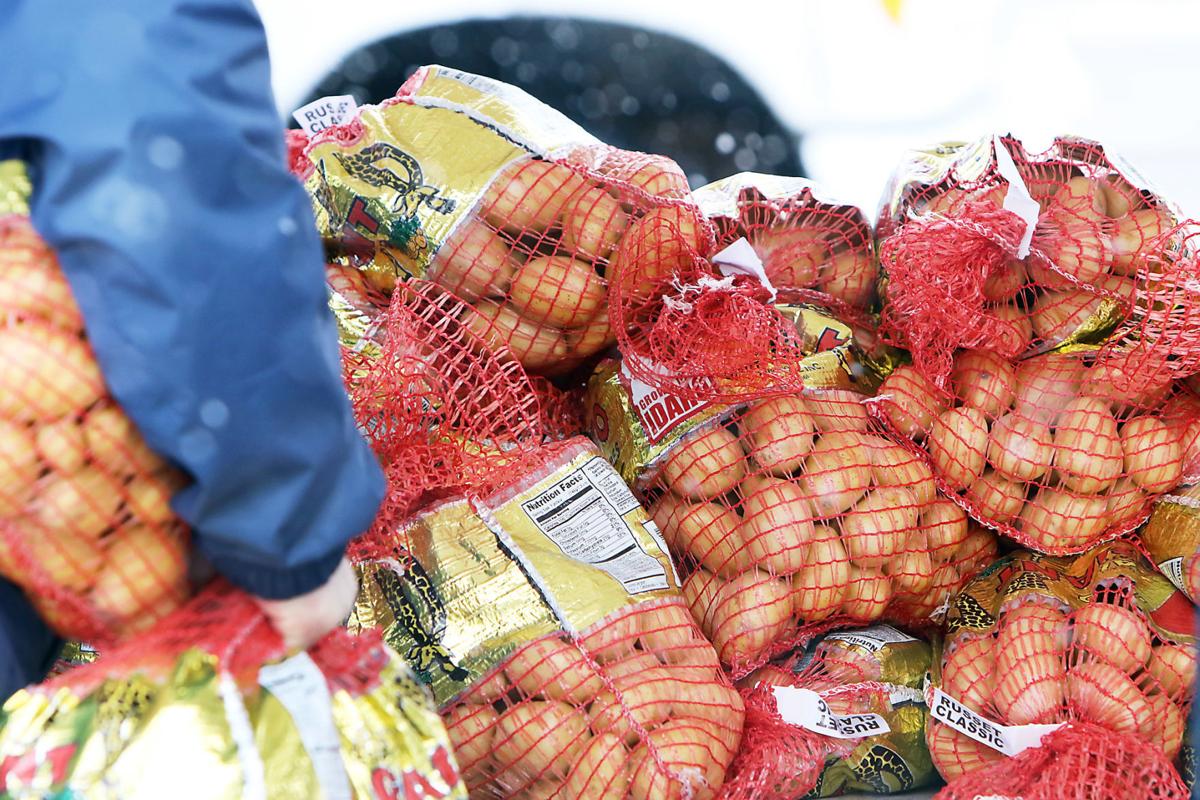 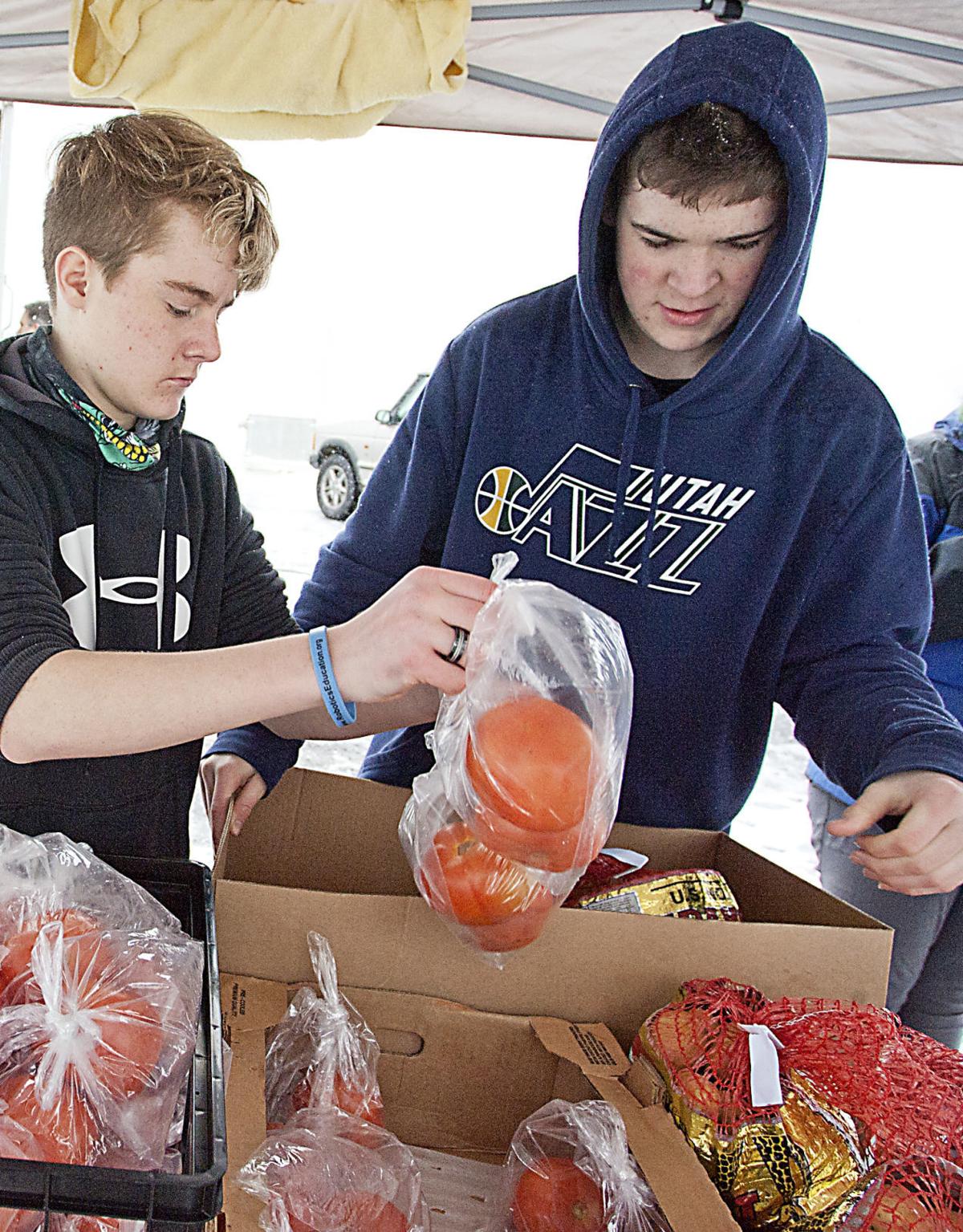 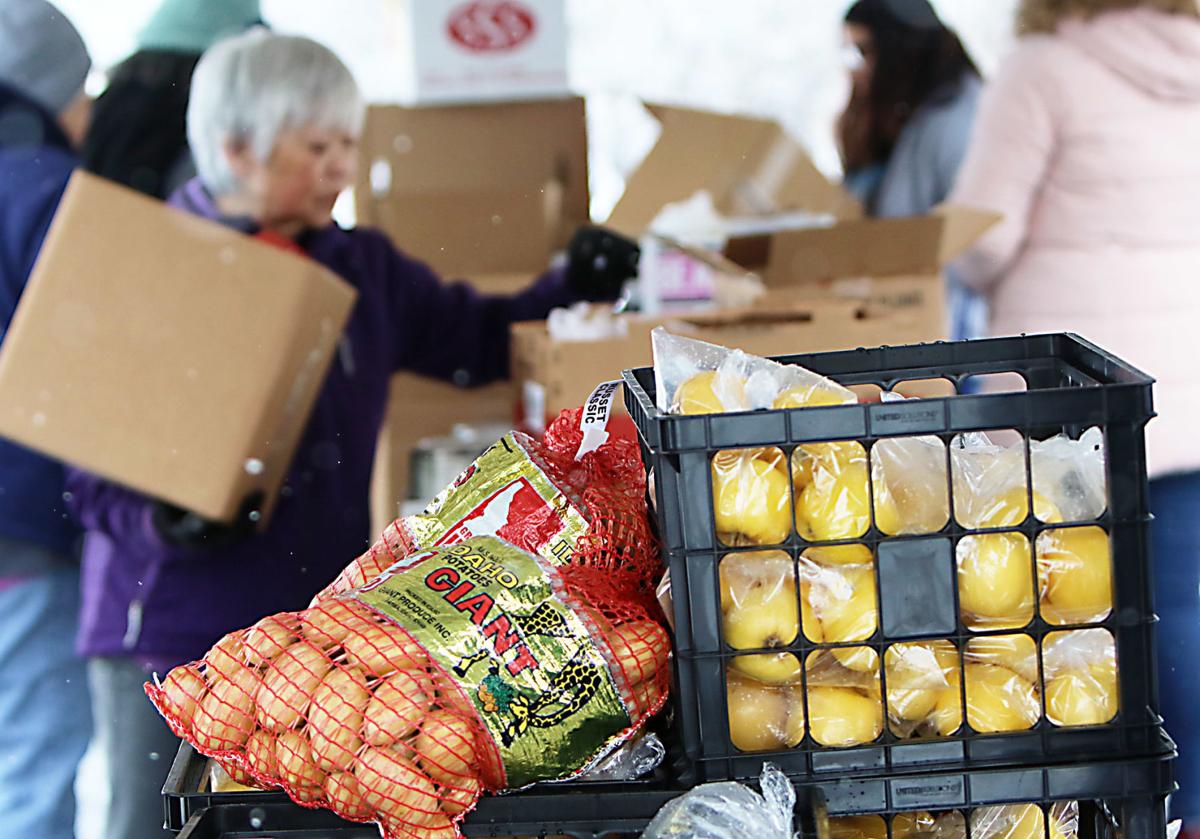 Volunteers Troy Theobald and Masen Storms, both 15, set up crates of food for the Traveling Table mobile food pantry,Wednesday, Feb. 20, 2019.

Patrons head back to the grocery shuttle after a visit to the Traveling Table mobile food pantry,Wednesday, Feb. 20, 2019.

Kallen Mutchie, now 11, said she and her mother were leaving a Nampa City Council meeting when she saw a food hut outside a gas station across the street from City Hall. Hearing about a lack of food access in the north Nampa community from her mom, she asked why north Nampa didn't have something similar.

A neighborhood in Nampa just north of the train tracks by downtown has been identified as a high-need area of the city. Research indicates many families in the area are low-income and lack access to transportation and healthy food, among other necessities.

Mutchie brought up her daughter's idea to the coalition, and members reached out to the Treasure Valley Leadership Academy, a school of choice in the Nampa School District that opened two years ago, to see if they could get students involved in putting the project together. Sophomore Aaron Wells, 15, has been involved from the beginning, when the project was in its first phase.

The first year Wells was involved, the project was part of a required course about 20 students were enrolled in. The second year, Wells said it wasn't required, but he opted to stay involved.

"I wanted to see it all the way through," he said.

Now six students continue to be involved with Traveling Table, though many others volunteer during the monthly events. Seventeen volunteer students showed up Feb. 20 during their second event, and TVLA community engagement instructor Jessica Nielsen said many have been involved since the beginning of the program.

On Feb. 20, the Traveling Table parked outside Lakeview Church of the Nazarene on the corner of 14th Avenue North and Sixth Street North from 10 a.m. to about 1 p.m. More than 500 pounds of fresh produce, canned goods and other food was delivered outside the church in a donated FedEx truck. The food, donated by the Idaho Foodbank, serviced more than 200 people that day, while the first event on Jan. 16 served nearly 170, according to Ana Moroshan, member convenience center manager with CapEd Credit Union, which contributes to the project.

Nielsen said the group plans to park the truck at different locations in the future, including the Nampa Housing Authority. Freshman Toby Forrest, 13, said eventually they also hope to increase Traveling Table events to once a week if they get enough volunteers.

The Traveling Table already has a significant level of community collaboration. Nielsen said Northwest Nazarene University students have pitched in to help the other students with marketing, and members of the Western Idaho Community Action Partnership, a nonprofit looking to help low-income families, showed up to last week's Traveling Table event with a truck-bed full of extra food to hand out.

The north Nampa grocery shuttle, which gives residents free rides to nearby grocery stores every Saturday, also ran several routes at last week's event to bring residents to the Traveling Table pantry. Members of the Good News Food Pantry, a group working to build a permanent food pantry in the area, also pitched in delivering food and setting up the events.

Mutchie said these partnerships are crucial to the success of the program. The grocery shuttle operates on grants and donations, while the Traveling Table is looking for donations currently. Moroshan said the project previously operated with a $5,000 grant, which mostly covered alterations for the truck to meet safety standards to carry food, but they have now depleted those funds.

"We need the village to show up," Jean Mutchie said.

Editor's Note: This story has been updated as of March 5, 2019 to include information about Good News Food Pantry's involvement.