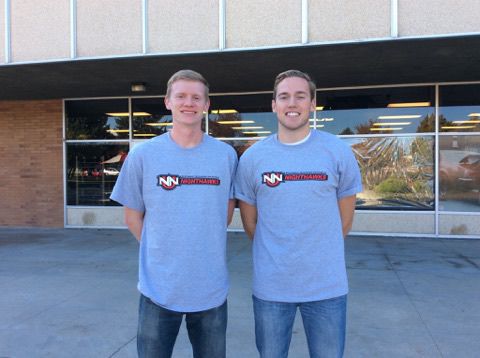 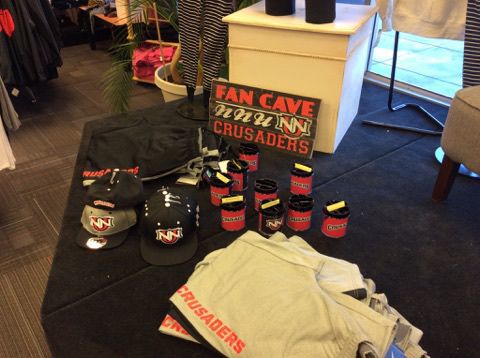 Last of the Crusaders gear at NNU's bookstore on Monday afternoon, after the mascot change announcement.

Last of the Crusaders gear at NNU's bookstore on Monday afternoon, after the mascot change announcement.

The private Christian liberal arts university in Nampa announced Monday that it has dropped its Crusaders mascot and will now be the Nighthawks.

The change comes after years of discussions after students, campus community members and alumni expressed concern with the Crusader nickname and mascot because of its association with violence and destruction, according to NNU.

The discussion about the mascot name began in the late 1990s to early 2000s, spokesman Mark Cork said.

“We began really looking at our mascot and how it might be perceived globally,” Cork said. “We wanted to make sure that the mascot or nickname does not stand in the way of us carrying out our mission.”

Cork said it took time for the university to discuss a mascot change, and the school wanted to consult and involve the appropriate people and organizations.

In 2006, NNU kept the Crusader nickname but chose to stop using any imagery related to the mascot, he said. It wasn’t until 2016 that the university’s board of trustees formed a task force made up of people from different departments and alumni across the country and outside of the U.S. to discuss the mascot’s future.

The task force presented a report to the board in the spring, but the board wanted more input from school administration before making a decision, Cork said. The mascot change was approved by the board last week and announced by NNU president Joel Pearsall during chapel Monday morning, according to NNU.

“When president Pearsall announced it, there was a pretty loud clap,” said senior Nate Lundberg, president of NNU’s Student Government Association. “It was encouraging.”

The nighthawk mascot was chosen after the board determined it was best to select an animal common to the area that’s not already used as a mascot or nickname by other schools, according to NNU.

The mascot change is effective immediately, but it will take time for the change to reach uniforms and merchandise. The Crusader mascot will remain intact on trophies and banners that are part of campus historical displays.

After the announcement, about 1,000 Nighthawks shirts were given out.

He grew up in Mountain Home and attended the Nazarene church in the area. The name to him was always nostalgic and did not bother him, until he did a research paper on the crusades and learned the negative connotation that could come along with it.

“It changed my opinion,” he said.

Joshlin acknowledged that the intentions from 1,000 years ago are different from today’s, but being known as the crusaders affected some people’s opinions on the school.

Though some alumni support the change to the mascot, others believe it is stripping NNU of what they valued so much.

Larry Robb, a 1985 NNU alumnus, traveled from Calgary, Alberta, Canada, to attend NNU even though it was more money to go to school because he valued the teachings of the school.

With the mascot change, Robb is concerned that NNU is conforming and that change will take away what makes NNU so different.

“What separates us now from any other university,” he said.

Robb said he was aware of a discussion that took place about concerns of the crusaders mascot from a newsletter in 2016, but he took the article to mean the discussions on the topic were great, but nothing was going to change.

For Scott Asbjornsen, who attended NNU from 1979 to 1980 and then 1982 to 1983, said the real problem is not so much the changing of the mascot, but how often in the last 20 years he believes NNU began conforming to the culture. He said alumni from his era went to what was then called Northwest Nazarene College and were taught Christian values. He said he thinks NNU has been straying from those values to “keep everyone happy.”

“A Christian school is turning around trying to be all things for all people,” he said.

Megan Krebs, class of 2014, said the change is welcomed as it “better reflects the values of being Christian.”

Krebs said when the mascot was selected, the term wasn’t thought to be controversial, but that has changed.

“After historic reflection we have come to realize that that’s not what it means to be a follower of Jesus,” she said.

Matthew Silva, a 2015 graduate of NNU, said the move to change the mascot was internal and not motivated by political reasons.

“The old mascot simply wasn’t doing its job anymore,” Silva wrote in an email. “A mascot is supposed to be something that the community can rally around and get excited about. Whether you agree with it or not, the fact of the matter is that having the crusader as a mascot had a negative effect on school spirit and in effect turnout.”

Silva said it was time for a new mascot.

Junior Trent Emerson, who works as an athletics liaison for the student government, said he is excited about the change.

“We haven’t had any physical representation for our teams since 2006,” he said. “I’m excited to see that come back.”

Thomas Jay Oord, NNU alumni of 1988 and former professor at NNU, is supportive of the mascot change, which he knew was discussed for some time but wasn’t aware that a change was actually going to be made.

“It was unexpected,” he said. “But it was a good unexpected.”

Oord explained that to many, the mascot crusader represented what some feel to be the worst aspects of Christian history. To Oord, crusaders was not an expression of love, which he believes the religion of Christianity to be.

NOT ALONE IN MAKING THE CHANGE

Several universities and colleges across the country have been caught in the same debate — to keep or not, the controversial mascot.

In May 2009, Eastern Nazarene College, a Christian liberal arts college, in Quincy, Massachusetts, changed its mascot from the Crusaders to the Lions, citing that the word “crusader” had shifted in its connotation over the years, according to the college website.

At least six other academic institutions, including University of the Incarnate Word, San Antonio, Texas, and Maranatha Baptist University in Wisconsin have dropped their crusader mascots in the recent years, according to a 2016 article by Margaret Carangelo, published on Dartmouth College’s website.

Yet other schools, such as Missouri’s Evangel University and South Carolina’s North Greenville University are among those that still have the crusader as their mascot.

RUSH TO BUY LAST OF THE CRUSADERS GEAR

At around 1 p.m. Monday, NNU’s bookstore posted on its Facebook page a call to buy the last of the Crusaders supplies.

Senior Sydney Ames has worked at the bookstore for three years. She said the bookstore knew the change was coming and had stopped ordering new gear, in anticipation, a few weeks ago.

“We only have stickers, hats and some sweatpants left,” Ames said. “There’s not very much of the Crusaders stuff left.”

Ames said it will take a few weeks to stock the shelves with new Nighhawks gear.

“Everyone is trying to come in and get Crusaders stuff,” Ames said Monday afternoon.

Ames said the change was much awaited, is welcomed and exciting.

NNU was founded in 1913. It has more than 2,000 undergraduate and graduate students enrolled.

The word Crusade is defined by the Merrian-Webster dictionary as, "The military expeditions undertaken by Christian powers in the 11th, 12th, and 13th centuries to win the Holy Land from the Muslims."

The Crusades were a series of religious wars between Christians and Muslims to gain control of sites in Western Europe considered sacred by both religious groups. Eight major Crusade expeditions occurred between the years 1096 and 1291, according to History.com. The wars affected relations between Christians, Muslims and Jews.

The violent conflicts propelled the status of European Christians, making them major players in the fight for land in the Middle East.