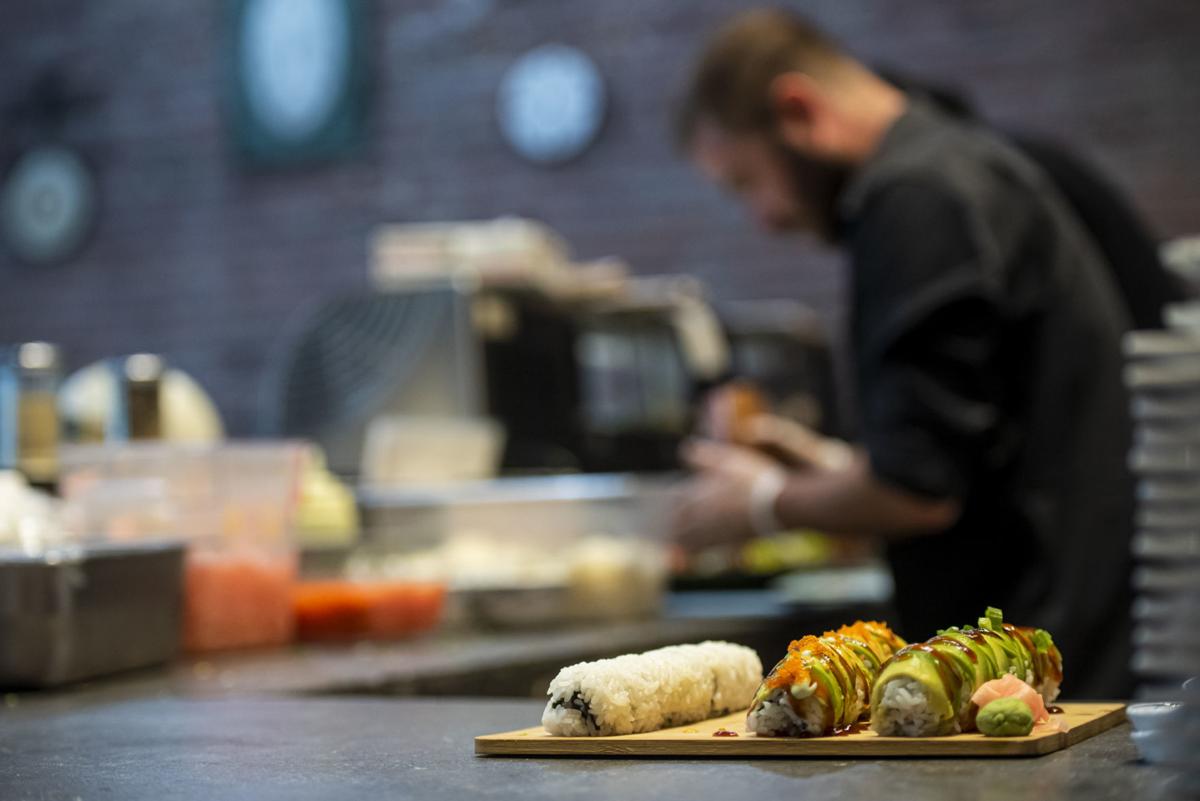 Staff at Shi Sushi in Caldwell make rolls of sushi during dinner service on Saturday, June 27, 2020. 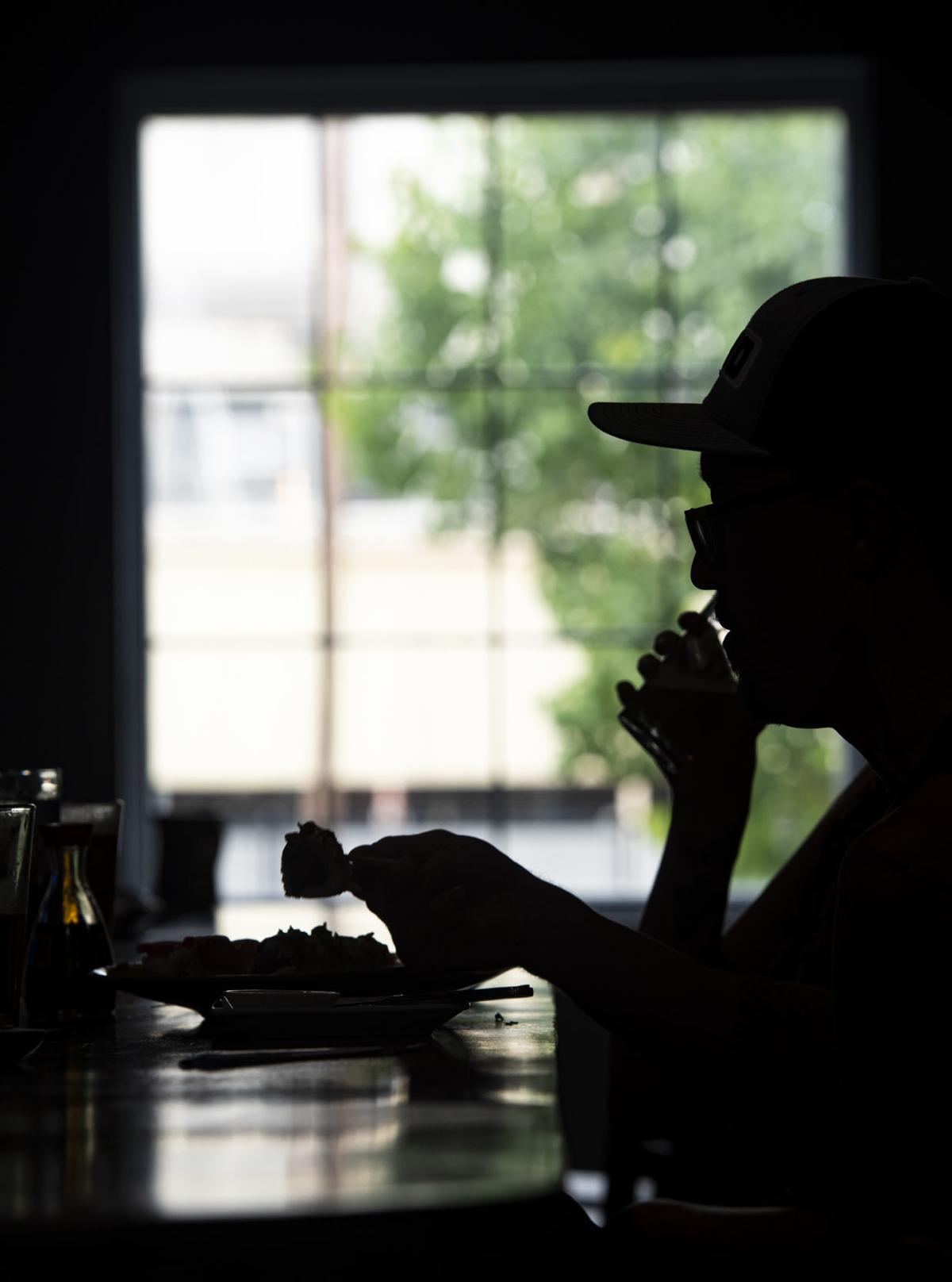 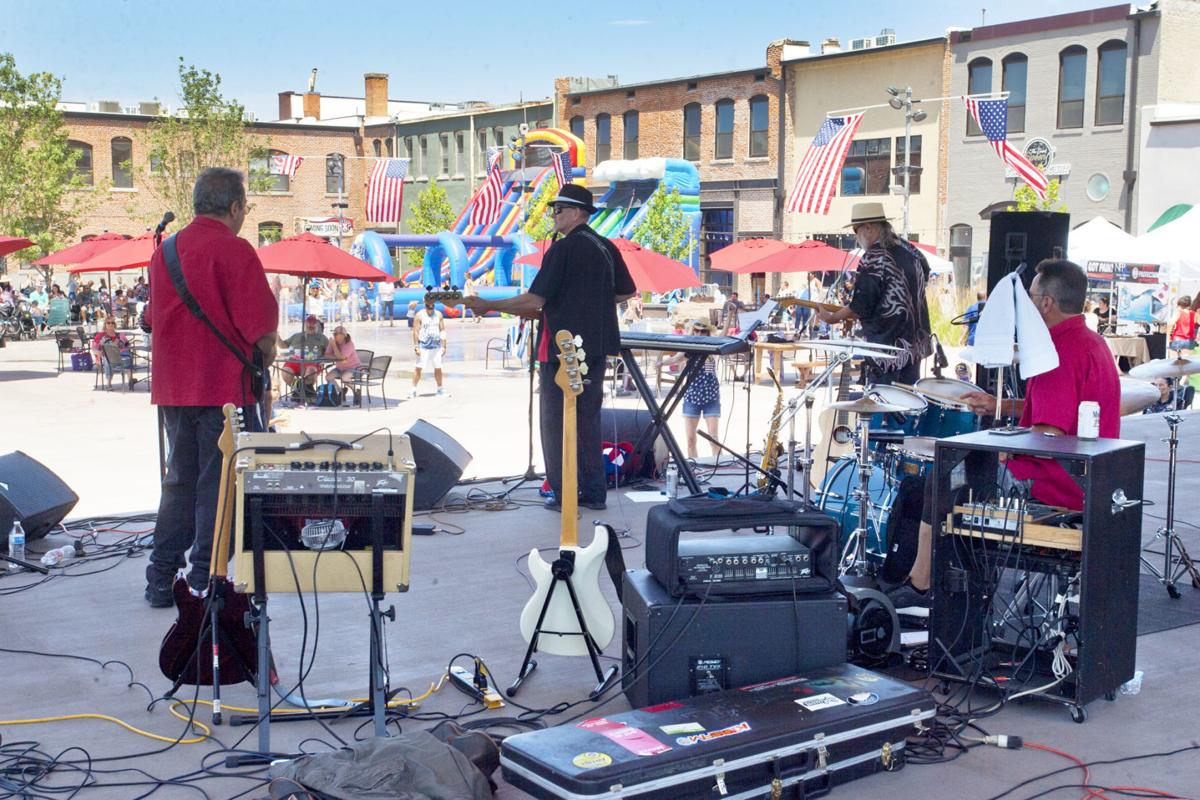 The Tim Swanson Show entertains during a celebration of the Fourth of July. 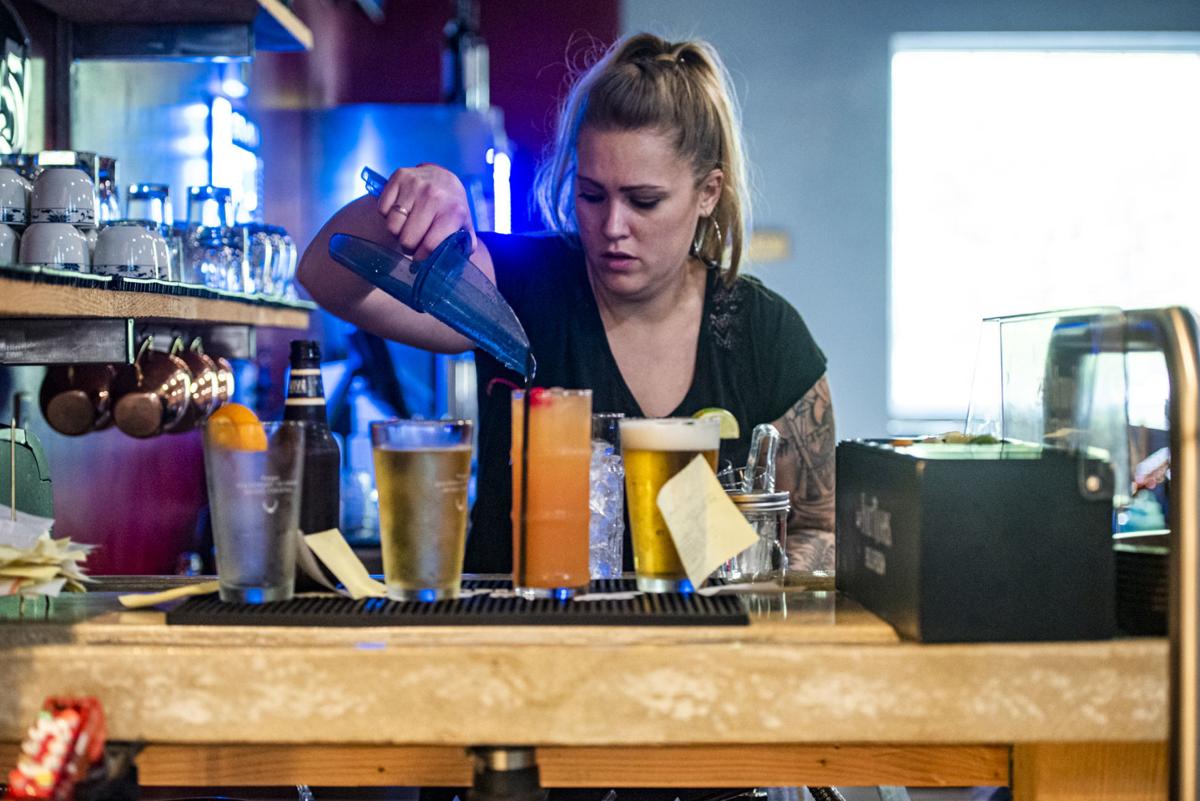 Staff at Shi Sushi pour drinks behind the bar during dinner service on Saturday, June 27, 2020. 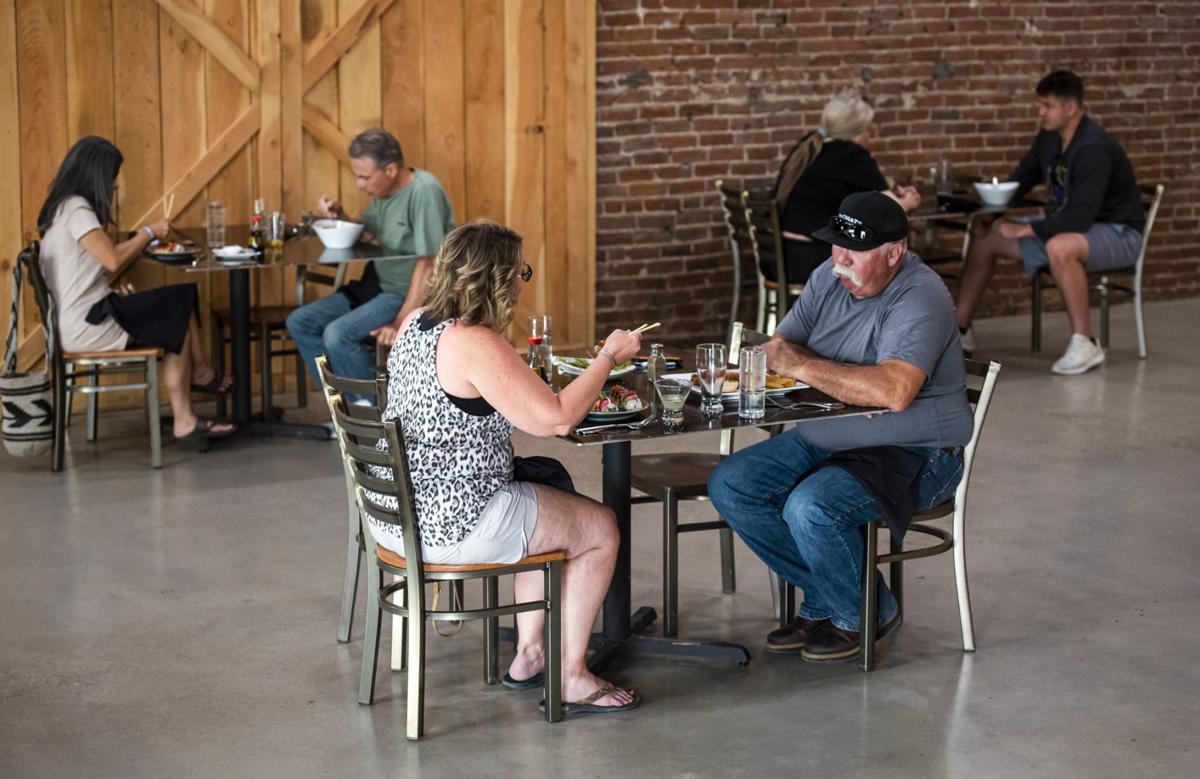 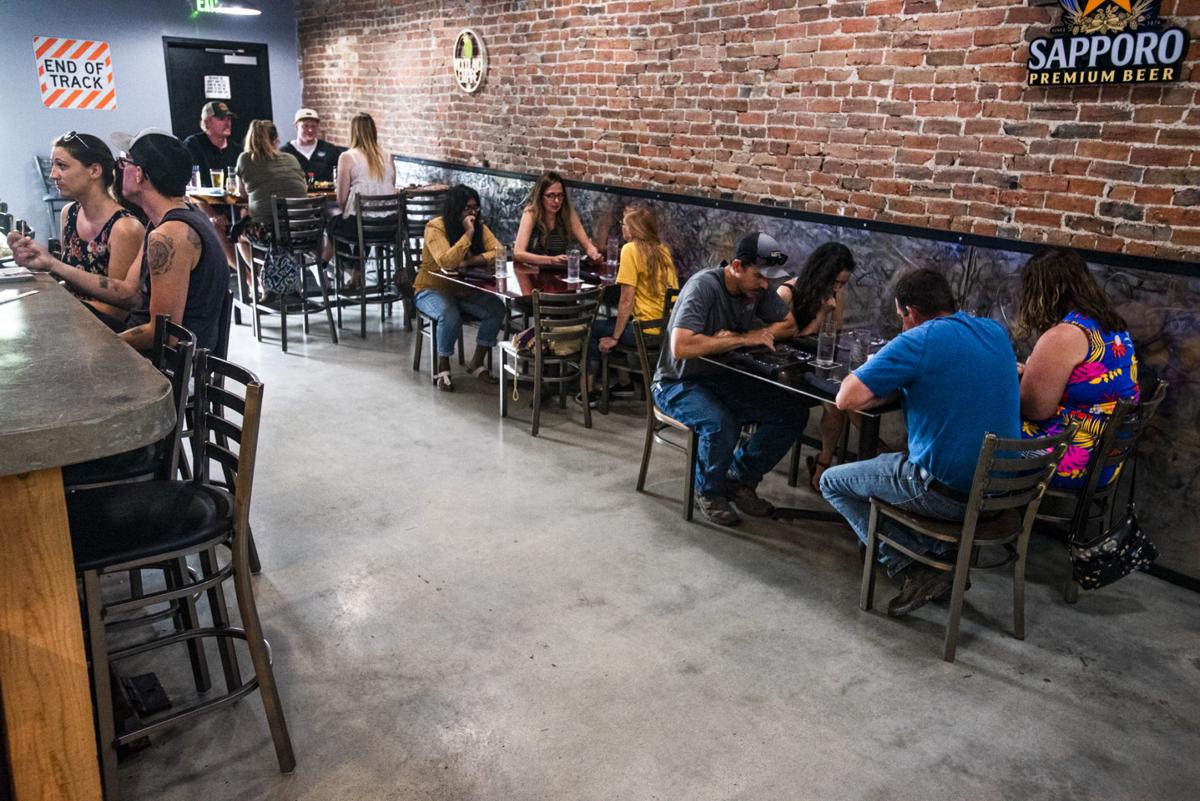 Children play in the splash pad during a celebration of the Fourth of July and the Indian Creek Plaza’s birthday at the 3rd Annual PlazaPalooza in downtown Caldwell, Saturday, July 4, 2020.

Staff at Shi Sushi in Caldwell make rolls of sushi during dinner service on Saturday, June 27, 2020.

The Tim Swanson Show entertains during a celebration of the Fourth of July.

Staff at Shi Sushi pour drinks behind the bar during dinner service on Saturday, June 27, 2020.

Children play in the splash pad during a celebration of the Fourth of July and the Indian Creek Plaza’s birthday at the 3rd Annual PlazaPalooza in downtown Caldwell, Saturday, July 4, 2020.

CALDWELL — Even amid the COVID-19 pandemic, business owners are still looking to downtown Caldwell to locate their new stores.

Three new businesses have opened downtown since March, and at least two more are on the way. A wine lounge called Wine Down 2C is scheduled to open in Caldwell later in July, and Extreme Pizza, a pizza chain with locations all over the country including one in Boise, recently leased space in downtown Caldwell and plans to open soon, the businesses’ websites state.

Mayor Garret Nancolas said the continued business interest is a sign that businesses are still recognizing the efforts city officials and others have put into building downtown Caldwell. Over the past few weeks, business owners have observed activity slowly returning to Indian Creek Plaza and surrounding businesses after the pandemic brought activity to what Nancolas described as “a standstill.”

Though she said it was frustrating to have to close, sales from takeout and delivery were good. She said many customers accessed the restaurant through delivery services like DoorDash and Grubhub, and employees at other downtown businesses sought out her restaurant for their meals.

“I’m happy we were able to keep going,” Hutchinson said.

Kevin Hall, co-owner of Eight Twelve Main, had a different experience when his pub had to close just one week after opening in early March. He said he and the other owners tried to offer a takeout option for a few weeks after closing, but because the business was so new, they weren’t making enough sales to stay open. They instead closed entirely before reopening in early May.

“Things weren’t getting better,” Hall said. “They were actually getting worse.”

Shi Sushi and Eight Twelve Main both reopened to slow business, but both owners said sales have started to return over the past few weeks. Hutchinson said she’s seen more customers come in than she expected, and frequently sees an increase in business when Indian Creek Plaza holds events. Hall said he hasn’t noticed a link in his sales to events at the plaza, but said recently Eight Twelve Main reached the minimum sales it needs to stay in business.

Flower shop Ruby Bloom opened in downtown Caldwell on May 19, during Phase 2 of the governor’s Idaho Rebounds reopening plan. Though other nearby businesses were temporarily closing as Valarie Hruza was preparing to open Ruby Bloom, she still felt confident downtown Caldwell would be quick to bounce back because of its previous momentum, she previously told the Idaho Press.

The community response to the business was overwhelming, Hruza said, and the shop more than doubled its initial projections within the first month.

The city’s process of approving a new business has not changed because of the pandemic, Nancolas said, as it is dictated by city code. However, the city is a part of the Kickstart Caldwell initiative, which provides resources to Caldwell-based businesses to allow them to open safely.

All three new businesses have taken varying precautions to ensure employee and customer safety. Ruby Bloom’s employees are not required to wear masks or gloves, but Hruza said they keep a limit of how many people are allowed inside the store and try to give customers wearing masks adequate space.

Shi Sushi cut the capacity of its dining room by nearly 75%, Hutchinson said. Tables are spaced out, servers are wearing masks and gloves, and surfaces are sanitized about every 30 minutes, she said.

Eight Twelve Main also limited the capacity in its dining area, increased cleaning, required employees to wear masks and added entrance and exit lanes, among other measures, Hall said. When the pub first reopened, he said they kept the arcade games in the business turned off and served soft drinks in cans instead of using the soda machine. Since then, he said they’ve started to transition back to turning on some of the games with space in between each game, and are hoping to start using the soda machine again soon.

Nancolas said city officials are regularly communicating with Southwest District Health officials about the state of the pandemic in Canyon County. While they are monitoring the increasing cases, he said it hasn’t warranted any major measures yet.

“We will heed their warnings,” Nancolas said.

Hall said if Canyon County were to return to Phase 3 like Ada County, it wouldn’t have a major impact on Eight Twelve Main, as the pub, which serves food in addition to drinks, would still be allowed to remain open. He said it would be a lot worse if more extreme measures were taken that caused them to shut down again. He said he and the other owners are trying to prepare for worst-case scenarios now, in order to avoid a situation that would cause Eight Twelve Main to close permanently.

Hutchinson said if the county took measures that shut down Shi Sushi’s dining area again, it would hit her restaurant hard, but she would understand the need to do so. She said she would likely return to takeout and delivery again.

“I find it best to just not rebel against this,” Hutchinson said.