Rendition of the Mettle sports facility planned in Nampa. 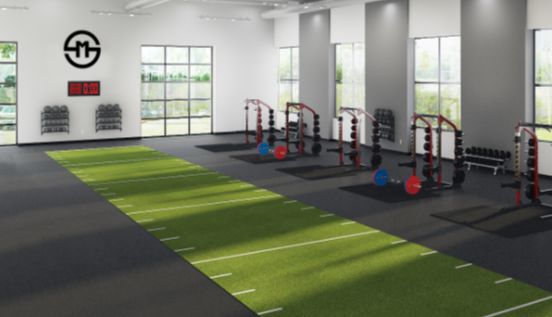 Rendition of a speed and agility center in the Mettle sports facility planned in Nampa.

Rendition of the Mettle sports facility planned in Nampa.

Rendition of a speed and agility center in the Mettle sports facility planned in Nampa.

The facility, Mettle Sports, will feature four full-sized basketball courts, a speed and agility center and a dance studio in the eastern part of the city near the Nampa Dog Park. One of the brothers, Klint Keller, said the project has been in the works for about two years.

Keller said he got the idea while he was coaching his son’s basketball team. When other teams from Ada County kept beating him, he started looking into why that was and found most Ada County cities had multiple agility centers available for children to train.

Other than the four local high schools and the Nampa Public Rec Center, Keller said the city lacks indoor space for youth activities.

Mettle is intended to be available space for rent that children ages 8-18 can use. While Keller said he and his brothers would love for the space to be full of children all the time, adults will also be allowed to use the area, particularly during school hours. He said they are looking into providing a pickle ball area in the facility, as well.

Keller said about $400,000 is invested in the project so far, and Cap Ed Credit Union is a partner that has given Keller and his brothers direction through the process. He said once they make it through the planning process with the city, he hopes to have Mettle open this fall. The facility will be at 3001 E. Badger Drive.