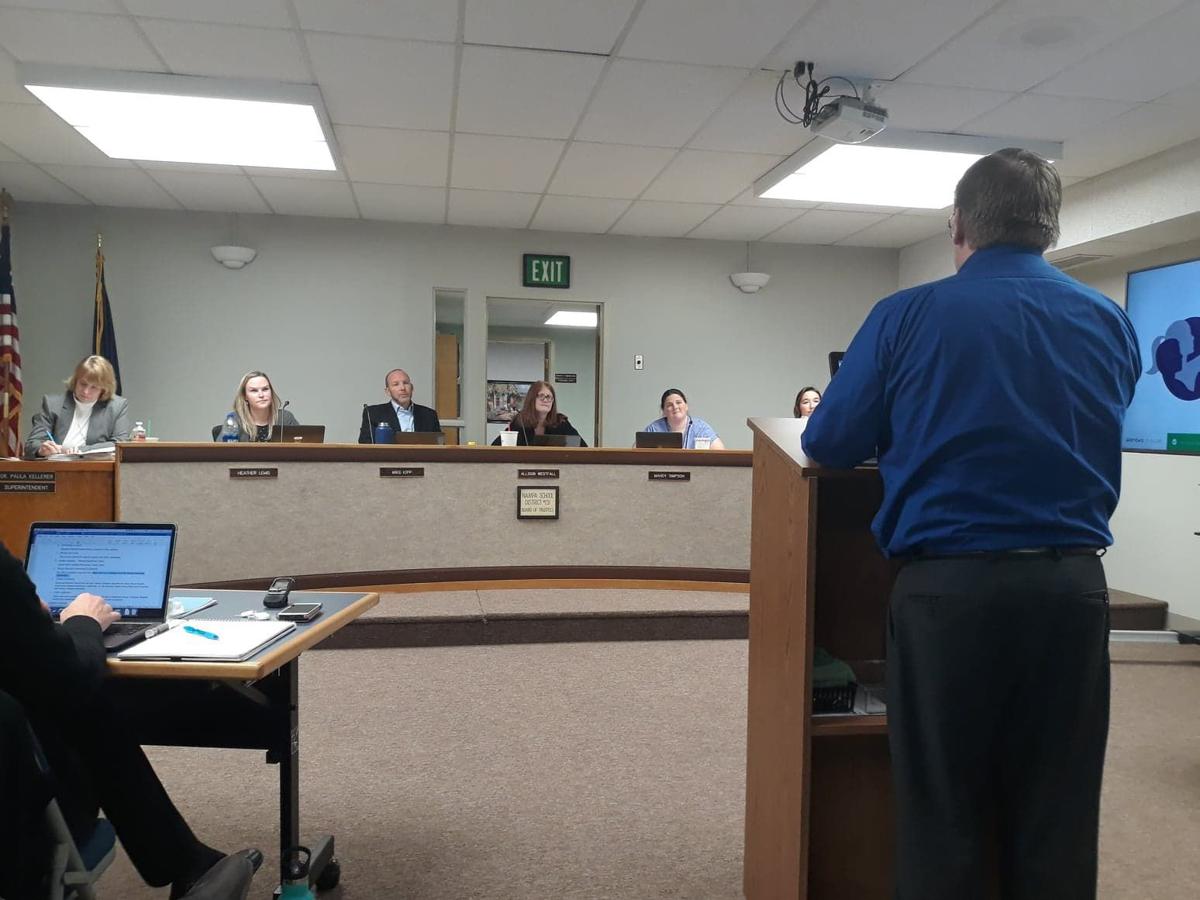 The Nampa School District board of trustees met Tuesday to discuss next steps for the district following the narrow failure of a two-year, $12 million-per-year supplemental levy in the Nov. 5 election.

The Nampa School District board of trustees met Tuesday to discuss next steps for the district following the narrow failure of a two-year, $12 million-per-year supplemental levy in the Nov. 5 election.

The school board considered whether the district should put the levy back on the ballot in March or May. The board did not make a decision, choosing instead to gather community feedback and discuss the levy again in December.

Had the difference been 0.1% or less, the district could have requested a recount funded by the county, as outlined in state code. As is, a recount would cost the district roughly $100 per precinct, district Superintendent Paula Kellerer said, citing county officials. County election results from Nov. 5 show the district has 29 precincts.

Canyon County spokesman Joe Decker said the county has to canvass the votes first before a recount could be requested. The canvass for the Nov. 5 election is Wednesday morning, he said, and will be conducted by the Board of County Commissioners.

The last time a recount was called in Canyon County was for the Vallivue School District’s $65.3 million bond in March, which passed by just two votes. Kellerer said the recount then turned up no mistakes, and no adjustments to the results were made. She said she did not think a recount would change anything for this election either.

“I have no reason to believe the system isn’t working well,” Kellerer said.

Voters had supported the district’s supplemental levies, which have a two-year lifespan, since 2009. The current $9.4 million-per-year supplemental levy expires June 30, 2020.

The levy would have helped the district maintain existing programs and services, support operational costs, maintain certificated teaching positions, upgrade playgrounds and buildings, update technology and curriculum, and support an annual independent audit, according to the district’s website.

Without the levy revenue, budget cuts would be necessary, district spokeswoman Kathleen Tuck said. The district has not yet determined where those cuts would be. The $12,075,000-per-yer levy would make up roughly 12.5% of the district’s current $96.5 million general fund.

“I think we need $12 million,” trustee Mike Kipp said at the meeting.

The trustees agreed the district is still in need of the funding. Several expressed willingness to put the levy back on the ballot in March or May. Kellerer said the deadline to make the decision is in January.

Trustee Kim Rost was reluctant to put the levy back on the ballot. She said she had concerns about the dollar amount and believes voters “sent us a message” with the levy’s failure.

Kipp proposed holding listening sessions to gather community feedback, which Rost and other trustees supported. Trustee Mandy Simpson said because the levy failed by such a small margin, she believes the rejection was a result of a lack of public communication.

Simpson suggested the board hold off on a decision until a future meeting. In the meantime, she encouraged the board and other district officials to spread information about the levy to the public and gather community feedback.

“I don’t know that we need to move anything tonight to continue to educate,” Simpson said.

The board decided it would hold for public session on the levy at its next regular meeting, 6:30 p.m. Dec. 10. At that meeting, the board plans to decide whether to put the levy on a future ballot.

The breakdown of funding would have been: