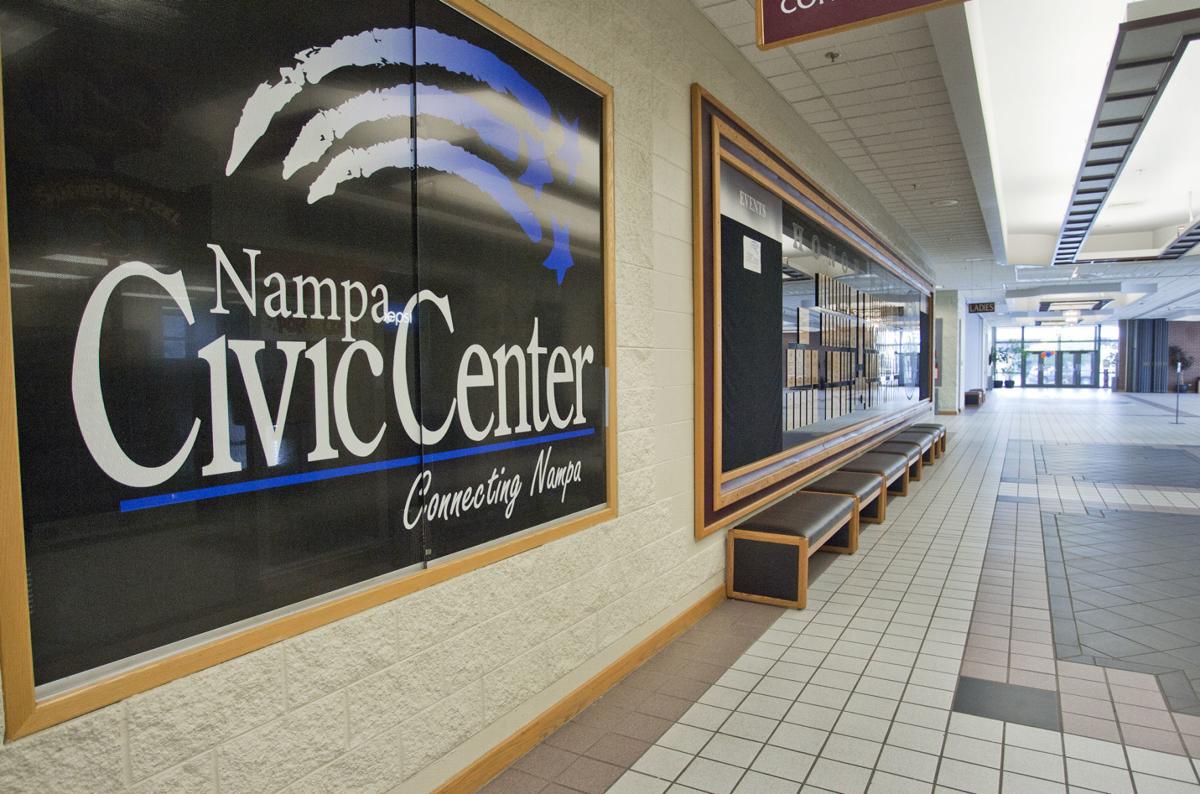 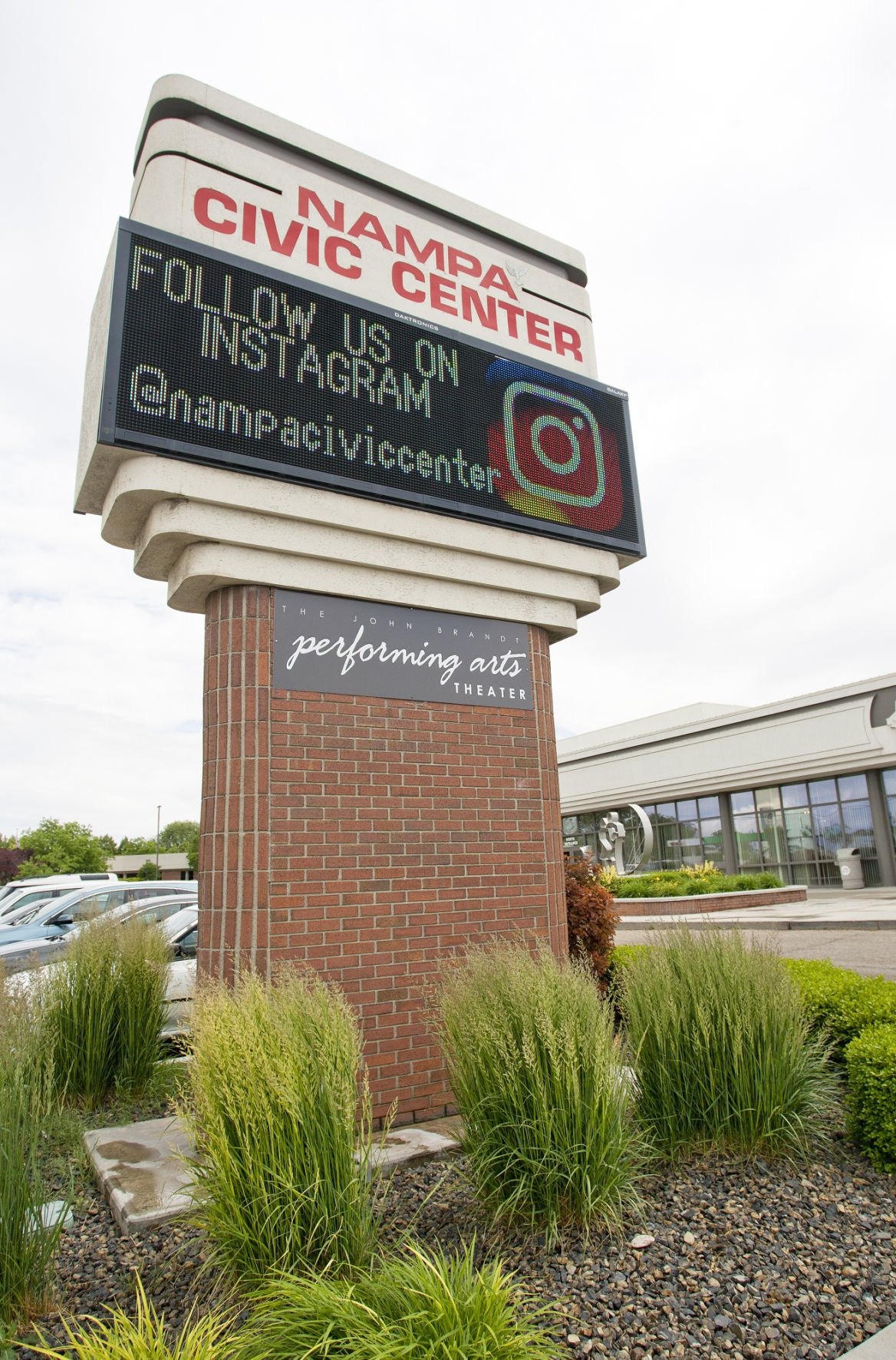 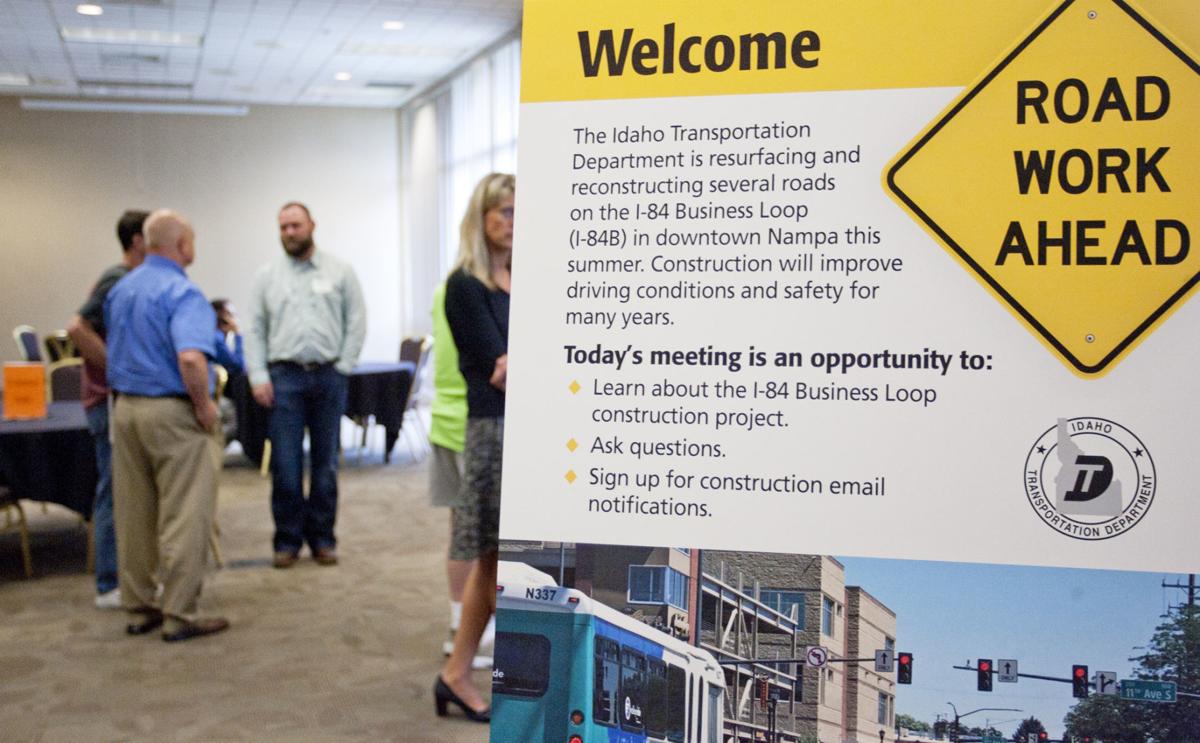 An event goes on in one of the meeting room at the Nampa Civic Center, Thursday, May 31, 2018. 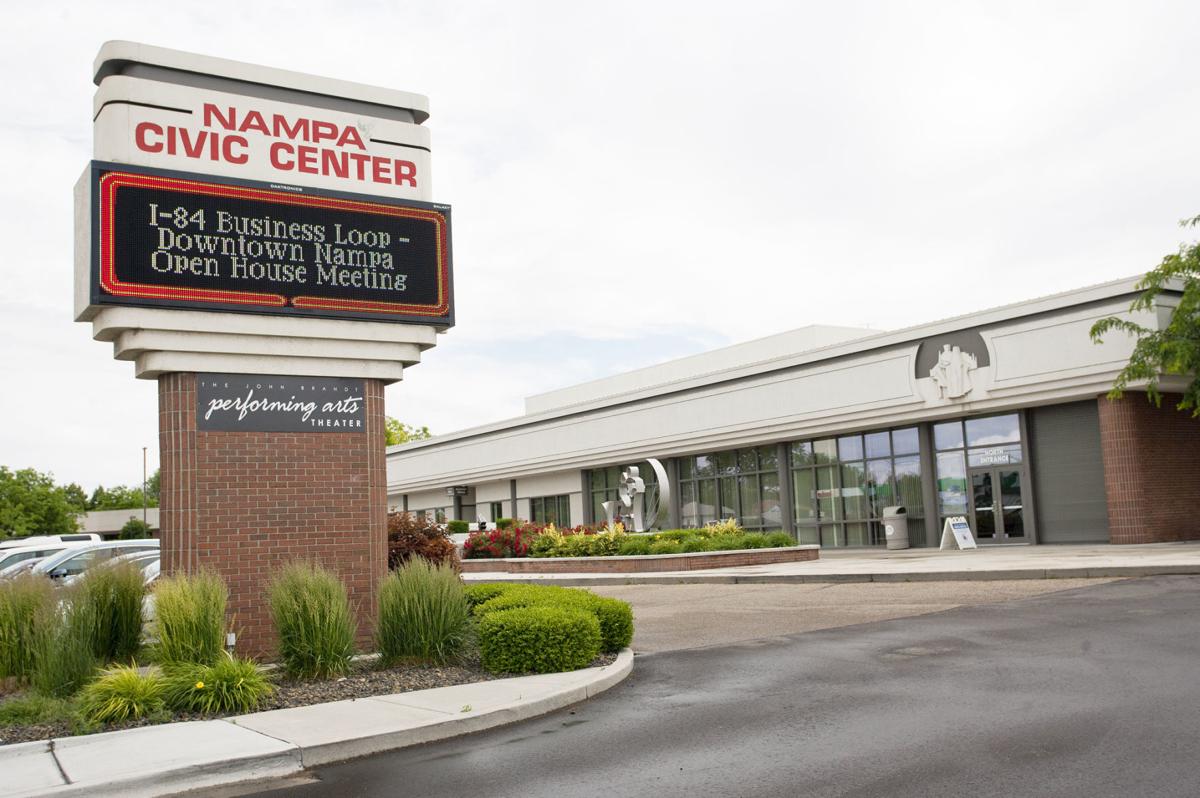 An electronic sign, announcing a current scheduled event, scrolls outside the Nampa Civic Center, Thursday, May 31, 2018. 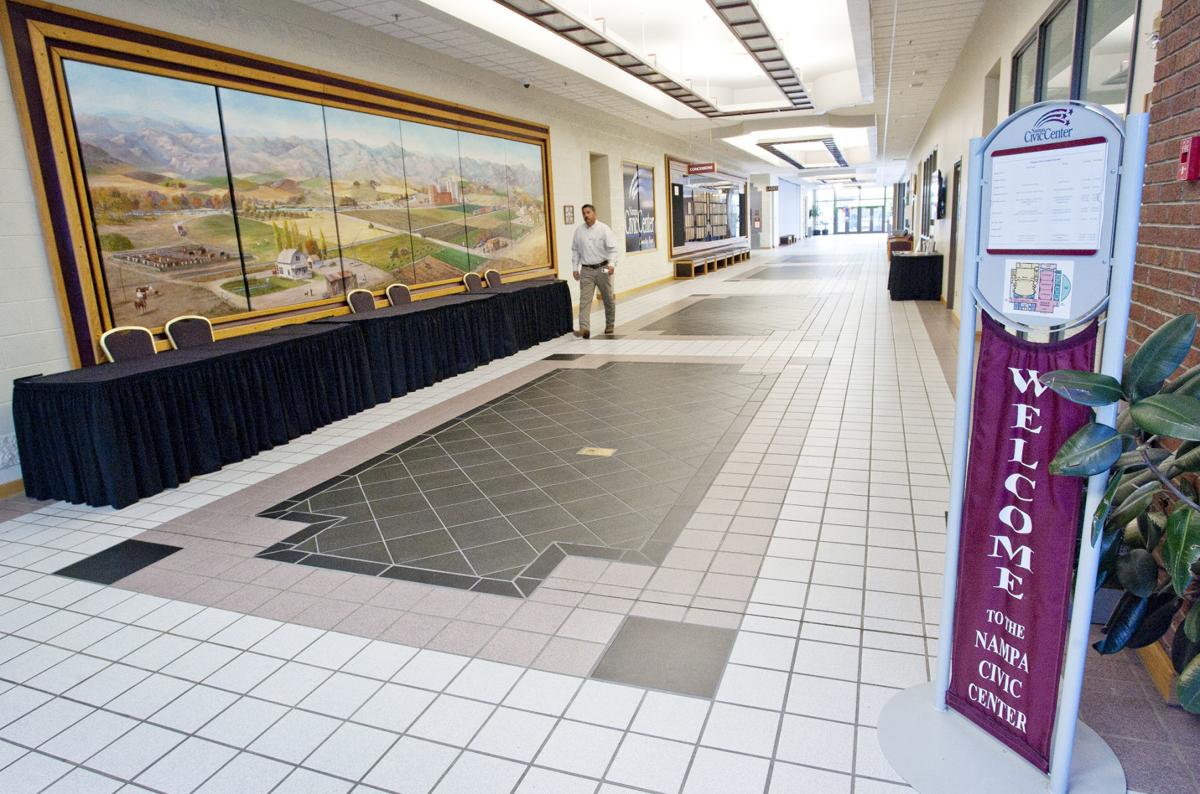 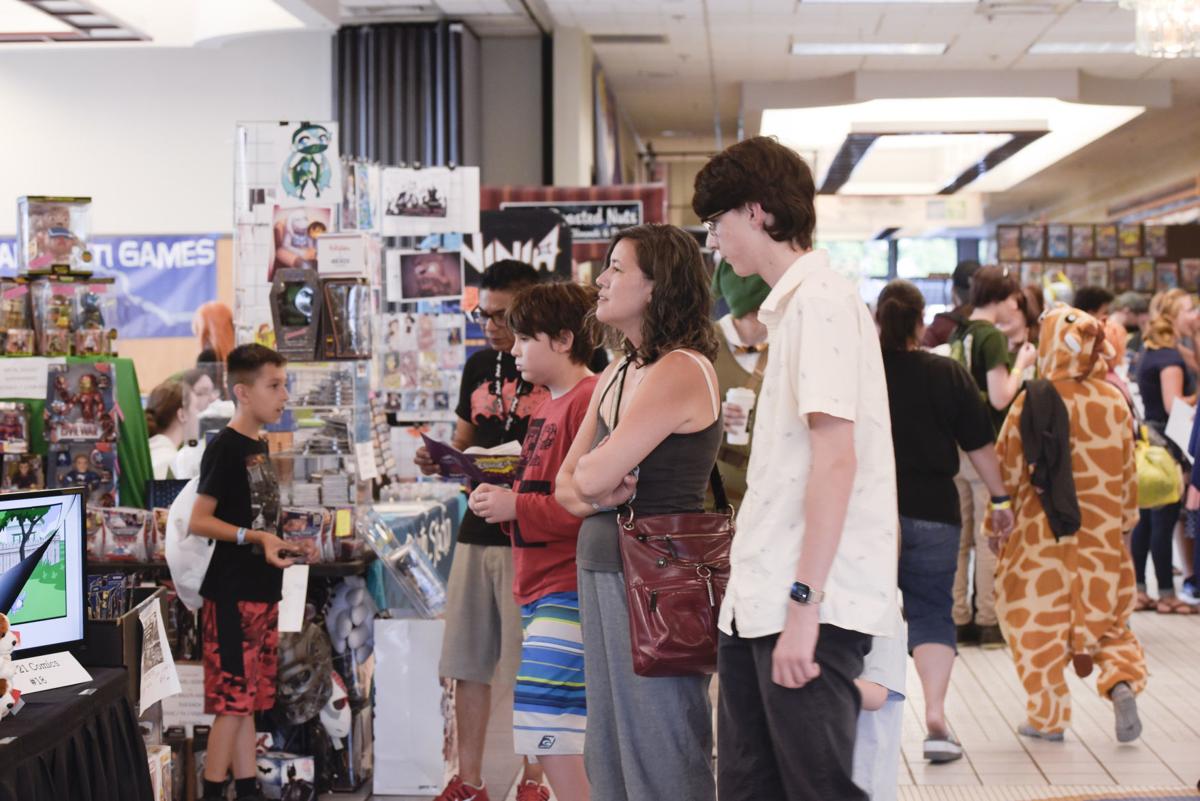 People check out vendor booths and activities available during the Treasure Valley Comic Con at the Nampa Civic Center on July 8, 2017.

A packed house in the Nampa Civic Center's auditorium. 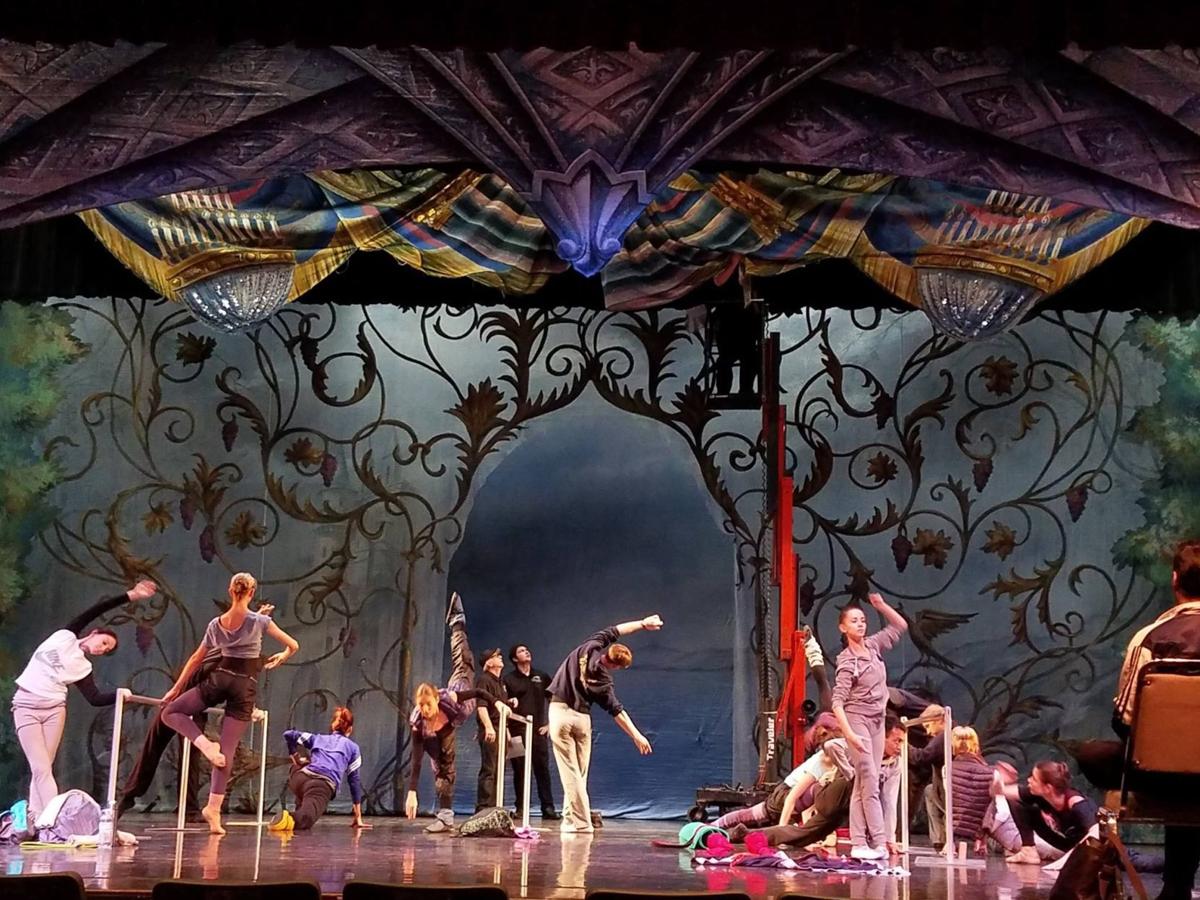 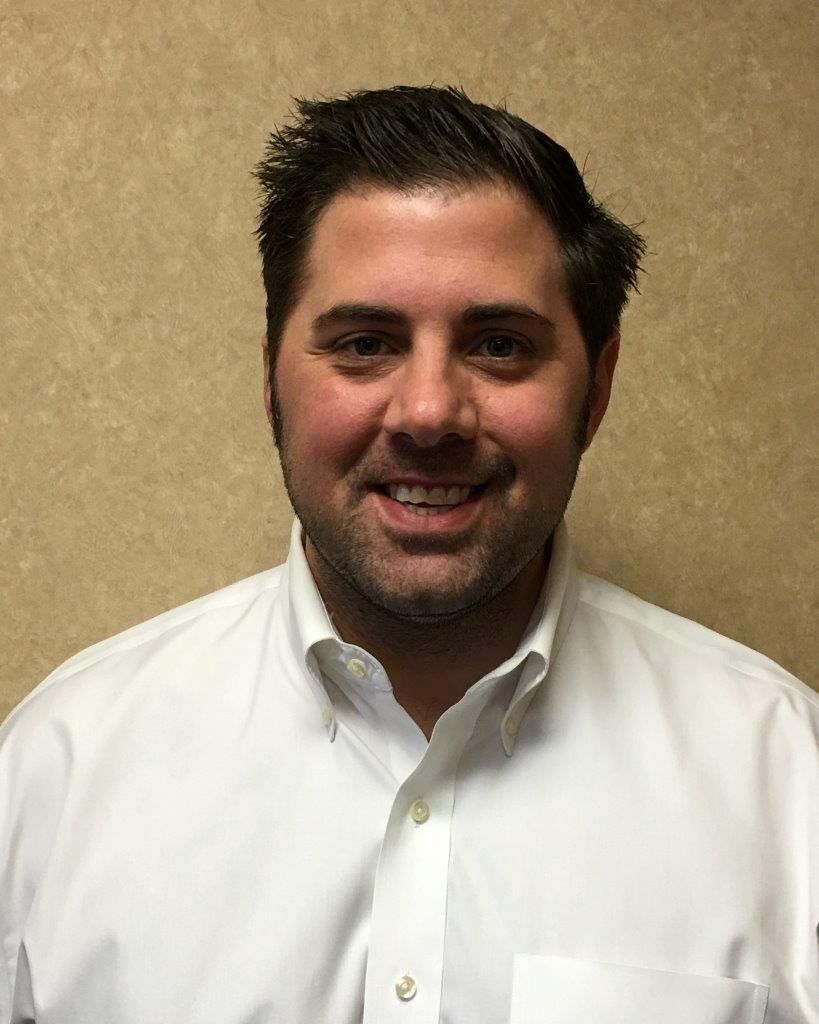 An event goes on in one of the meeting room at the Nampa Civic Center, Thursday, May 31, 2018.

An electronic sign, announcing a current scheduled event, scrolls outside the Nampa Civic Center, Thursday, May 31, 2018.

People check out vendor booths and activities available during the Treasure Valley Comic Con at the Nampa Civic Center on July 8, 2017.

A packed house in the Nampa Civic Center's auditorium.

NAMPA — One year in, the new leadership at the Nampa Civic Center has attracted back a dozen customers who previously left and taken steps to reduce annual city-funded subsidies.

Spectra Management, the same company that runs the city-owned Ford Idaho Center, took over Civic Center operations in May 2017.

"It was wise for the city to sign with Spectra," said Nampa's finance director, Vikki Chandler.

The Civic Center is a hub for events, banquets, concerts and plays, offering a 640-seat auditorium and smaller gathering rooms. The city supports the public venue with hundreds of thousands of dollars from the general fund each year.

That subsidy has been shrinking since Spectra came on board. In fiscal year 2016, the year before Spectra took over, Nampa put almost $495,000 from its general fund toward the Civic Center. The subsidy dropped to $465,000 in fiscal year 2017 and is expected to drop again this year. The decline is getting the center closer to 2014 levels, when the subsidy was about $373,000.

At the Civic Center, staff say they have seen positive changes under Spectra.

"We've all grown so much working for this company," said Roseanna Marcum, the Civic Center's sales and marketing manager.

Spectra's aim has been to boost the number of events in all areas of the Civic Center, not just in the auditorium, said Spectra General Manager Tim Savona. Civic Center attendance grew by over 40,000 people between 2016 and 2017. However, last year's attendance of 157,270 was still about 40,000 fewer people than 2008 attendance.

About five years before Spectra came on board, the Civic Center cycled through four managers. After the fourth retired, Spectra officials volunteered to manage the center, which Savona said surprised city leaders.

The Nampa Civic Center was built in 1990, and the city owned and managed the 42,000-square-foot space for the following 27 years, Savona said. Spectra arrived in Nampa almost three years ago to manage the Ford Idaho Center, but the company did not take over the Civic Center until May 1, 2017, said Civic Center Director James Brown.

Councilman Randy Haverfield said he and other city officials saw that Spectra was capable of bringing the Idaho Center's deficit down, so they hoped the company could do the same at the Civic Center.

Nampa Mayor Debbie Kling said she appreciates the expertise Spectra has brought into managing the Civic Center. While she doesn't think there are any other city departments that would benefit from using private management, she said she is open to the concept in the future depending on which service is being considered.

The city pays Spectra about $35,000 a year to manage the Civic Center, Chandler said, along with subsidizing the center between $370,000 and $500,000 per year, which comes from the city's general fund.

When Spectra took over the Civic Center, Savona said the company brought on everyone who was already working there. Brown, who has now worked at the Civic Center for 13 years, was promoted from event coordinator to Civic Center director.

"It was nice to know we all still had jobs," he said.

Savona said Spectra didn't make drastic changes at the Civic Center, but more so it tried to maximize how the space was used. Previous managers had put more of an emphasis on booking the large auditorium, Savona said. Those acts tend to be more expensive to attract, Chandler said.

While the number of auditorium events hasn't declined under Spectra — still about one a week, Savona said — staff is adding attention to booking the banquet room and other available spaces. As a result, Savona said business has increased, and Chandler said it also contributed to the deficit dropping.

Brown said the Civic Center receives about three or four booking inquiries per day and typically closes on one. The center hosted more than 1,000 events in 2017, Savona said, and is expected to surpass that number this year. In fiscal years 2014-2016, the Civic Center's total number of events were fewer than 1,000 each year.

The center hosts conferences, weddings and almost everything in between, Brown said. Several groups, he said, use the space for weekly or monthly events, including church services.

In the year since Spectra came on board, Brown said they have brought back 12 groups who previously left the Civic Center. One of the groups, local women's vocal group The Musettes, stopped performing at the Civic Center about three years ago when rates became too expensive. As a nonprofit, The Musettes rely on donations, spokeswoman Maryhelen Freeman said.

When Civic Center staff approached The Musettes about coming back, Freeman said they were willing to work with the group to offer them a more affordable rate. She said they also were drawn back by the Civic Center's renewed focus on being a community center, as The Musettes are a community-driven group that has performed in Nampa for the last 60 years.

Brown said the Civic Center remains competitive with other popular venues in the Treasure Valley by offering affordable rates. The 640-seat auditorium is $770 per day. The banquet room, which fits about 100 people, is $340 a day, and the center's two side rooms that fit 50 to 60 people are $225 a day.

As business has improved, the number of re-bookings has added to the Civic Center's momentum, with many groups coming back. Brown said they are also seeing new groups coming in based on recommendations.

At around the same time last year that Spectra took over management of the Civic Center, a new Best Western Plus hotel opened next door, with the two buildings sharing a parking lot off Third Street South.

The hotel makes the Civic Center more competitive with other venues in the Treasure Valley, Savona said. Those who visit Civic Center events from out of town can stay next door, which is a major asset when courting acts, he said.

Chase Santillanes, vice president of development for Peppertree Hospitality Group, which manages the Best Western, said a year into opening, the hotel's level of business is on par with other Nampa hotels, though he did not have specific vacancy rates.

Limited space in the shared parking lot does pose a challenge, Santillanes said. Hotel and Civic Center staff are looking into solutions.