We've recently updated our online systems. If you can't login please try resetting your password. You must login with an email address. If you don't have an email associated with your account email circulation@idahopress.com for help creating one.
1 of 10 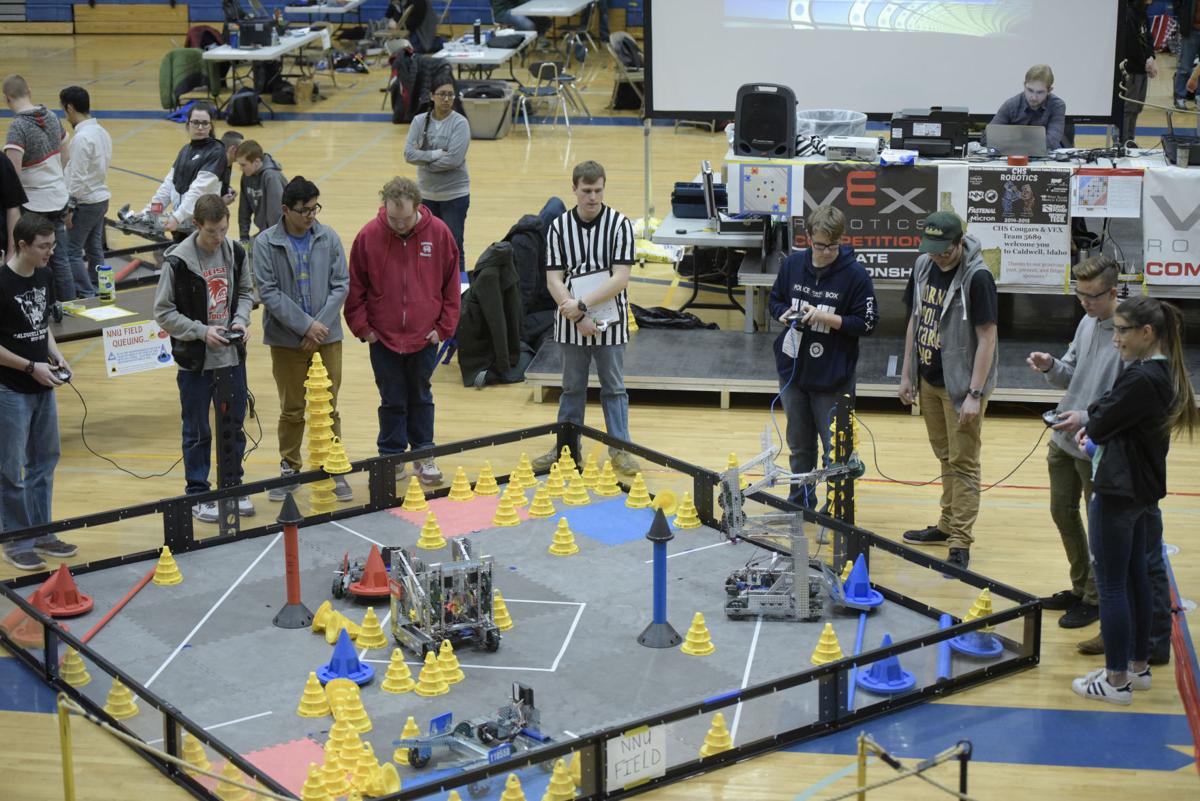 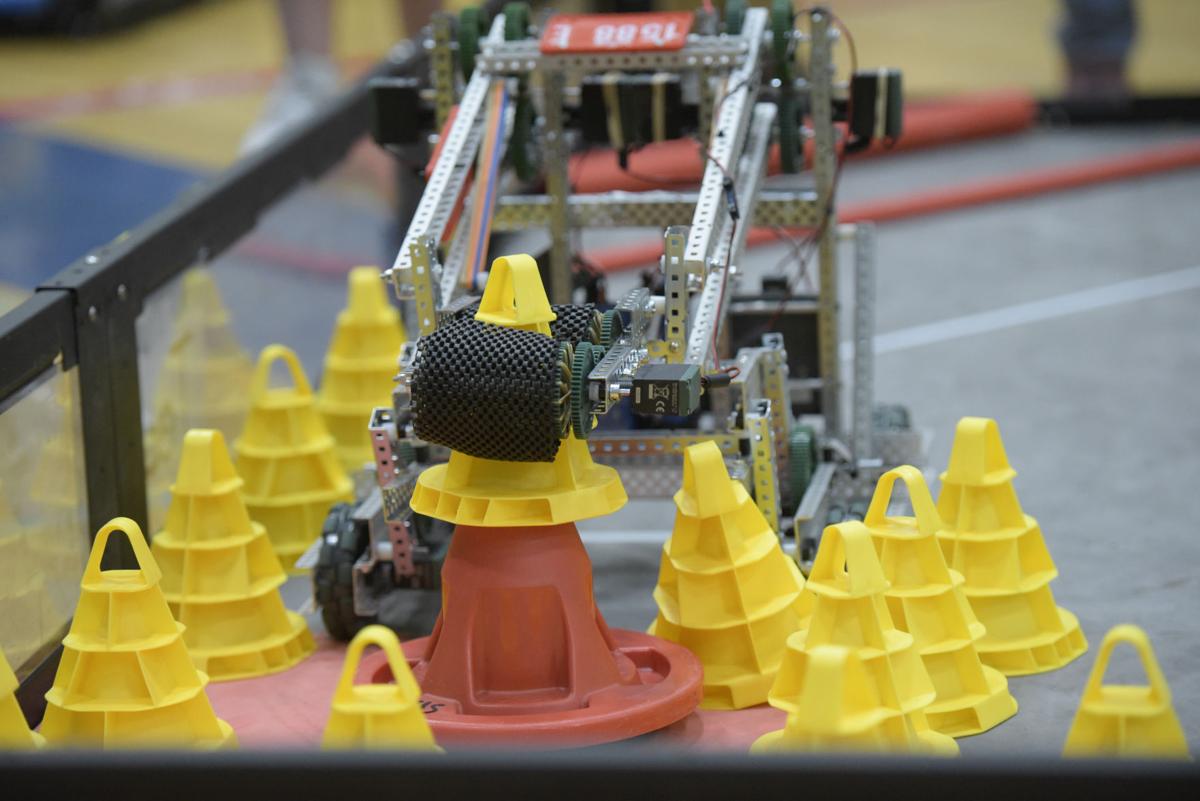 A robot performs a task of picking up cones at the Vex Robotics Competition at Caldwell High School on Friday. 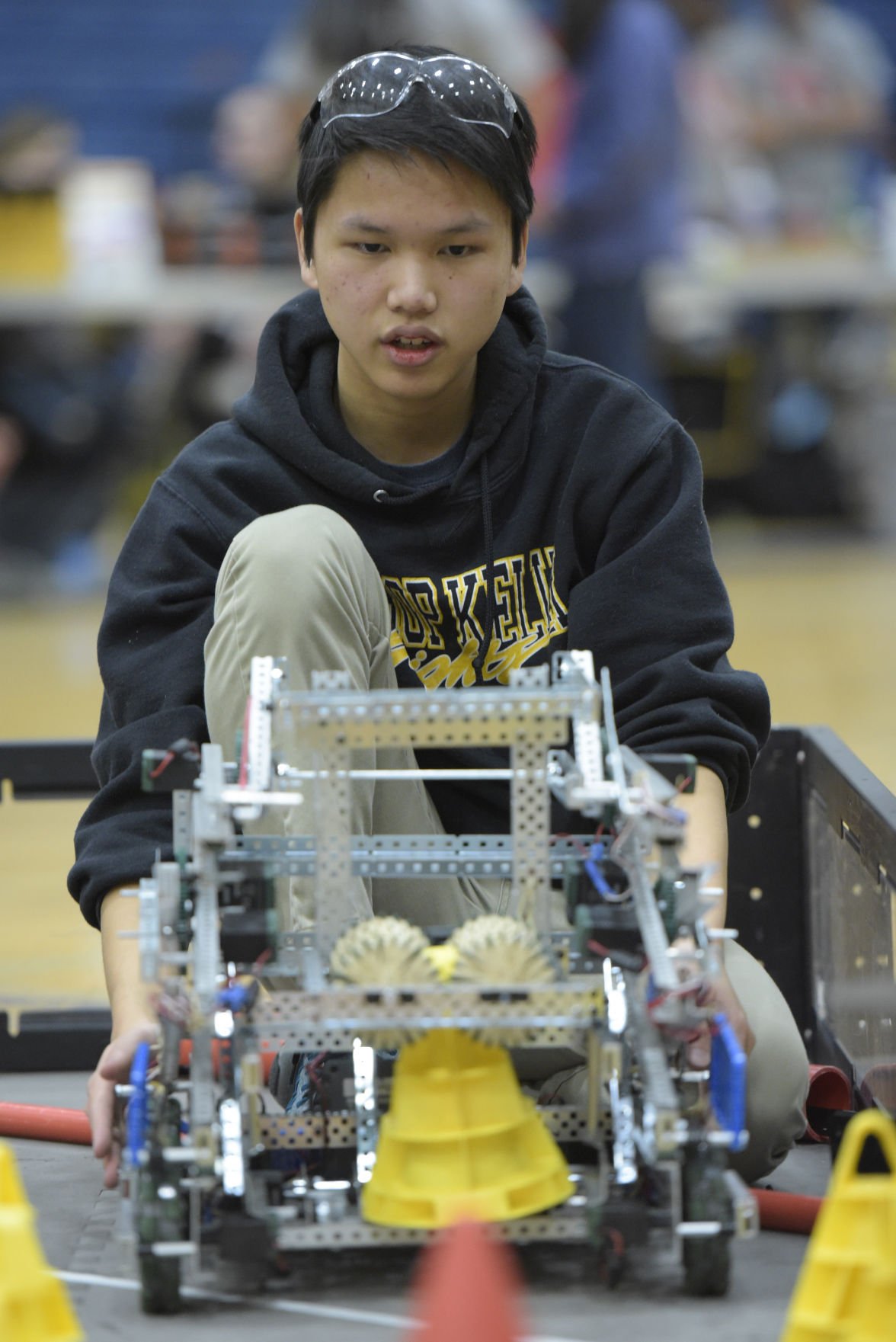 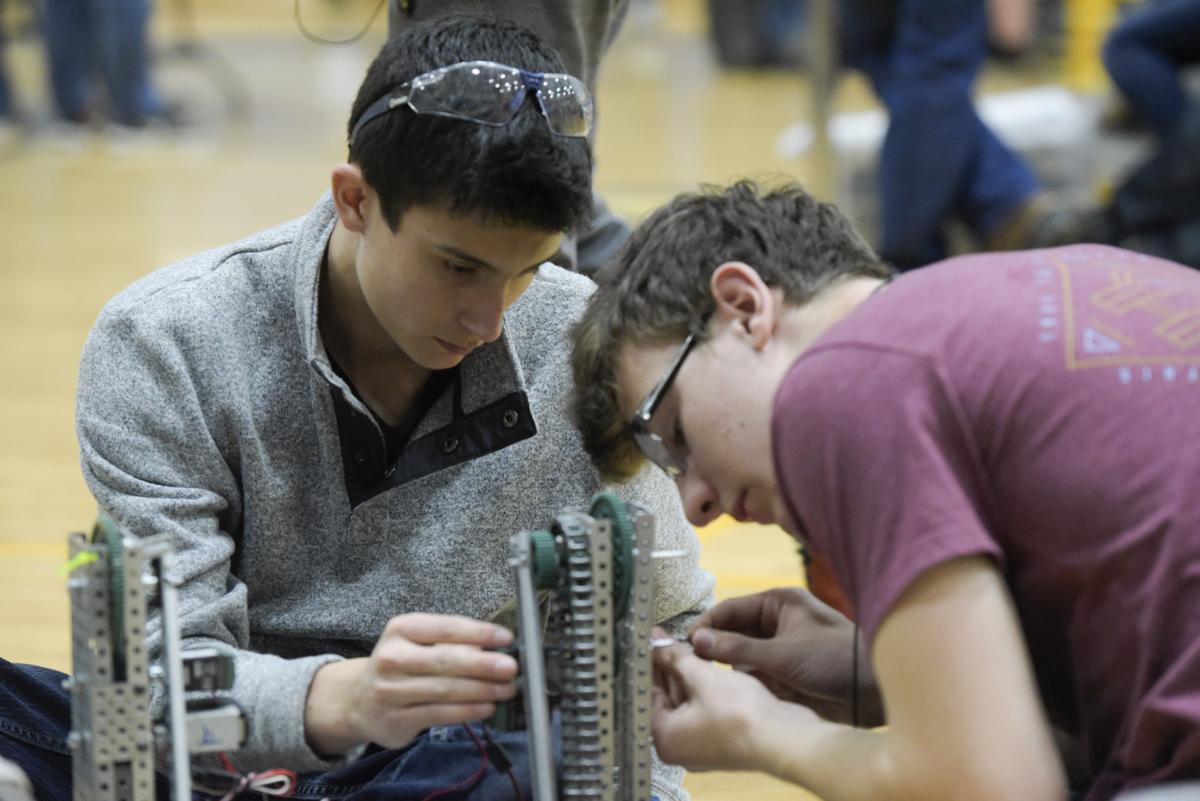 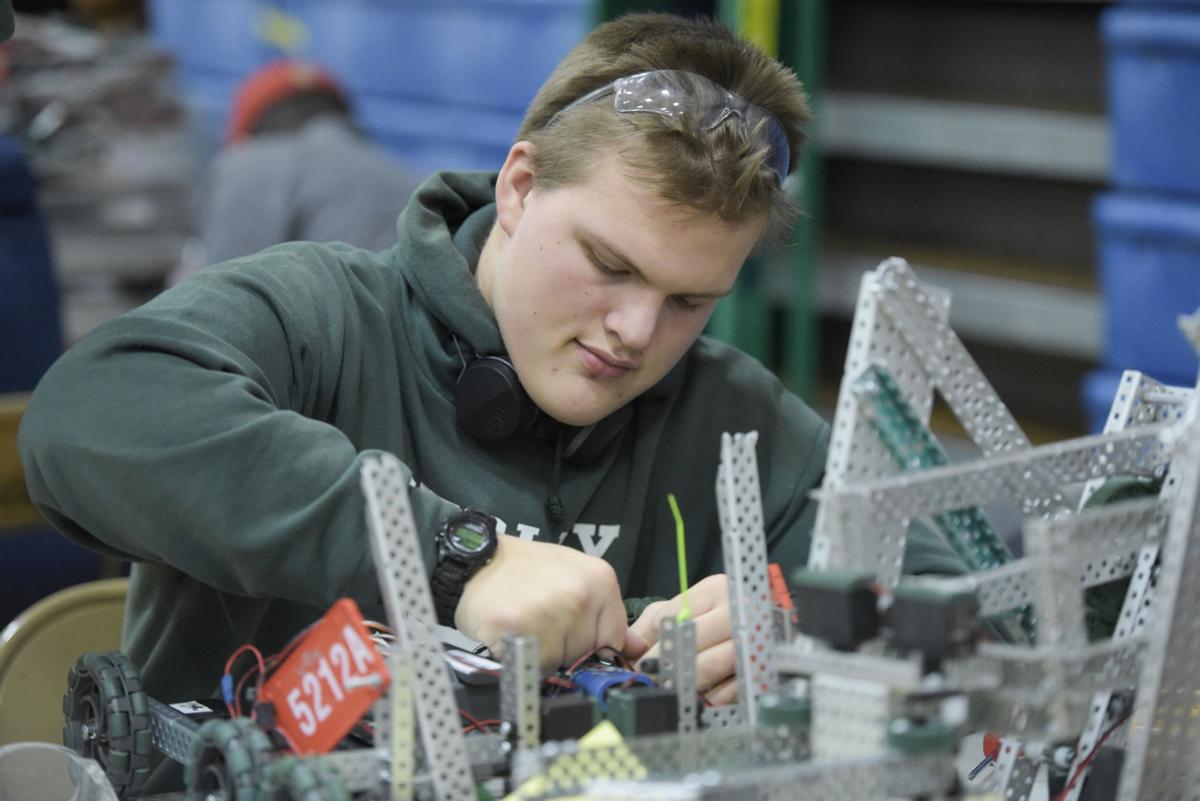 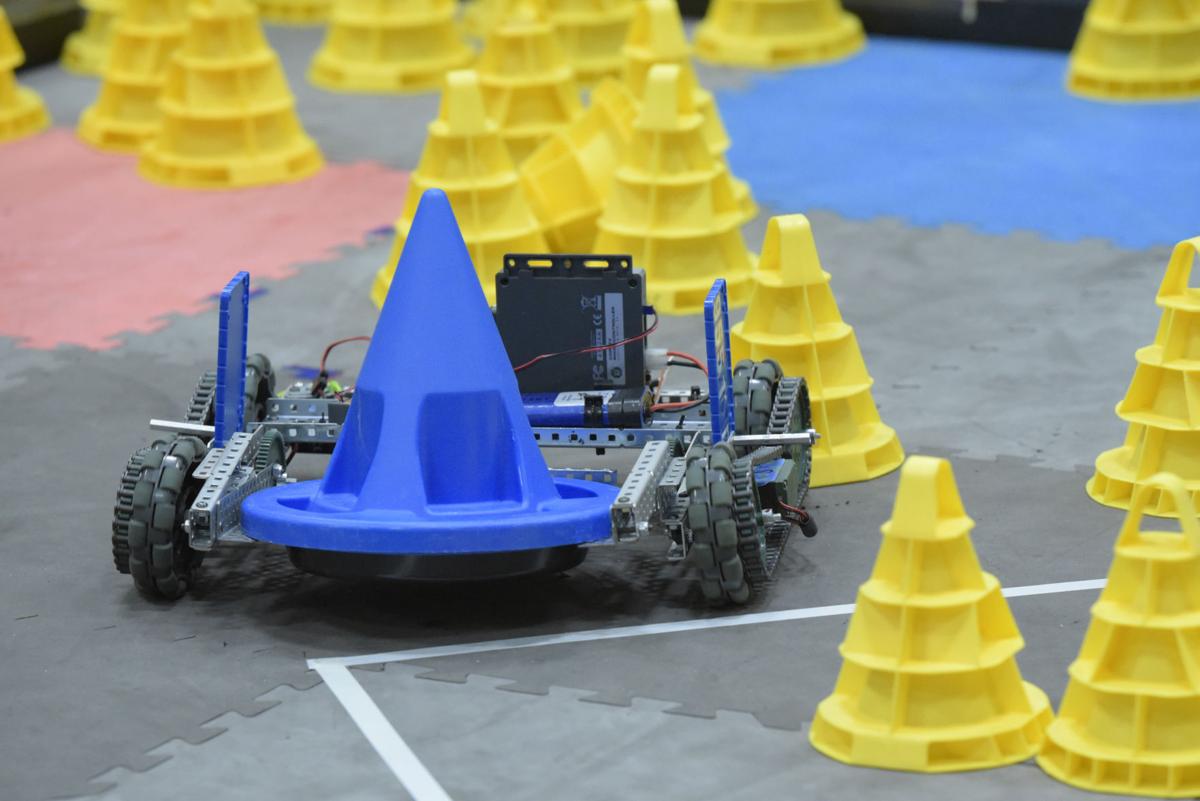 A robot performs a task at the Vex Robotics Competition at Caldwell High School on Friday. 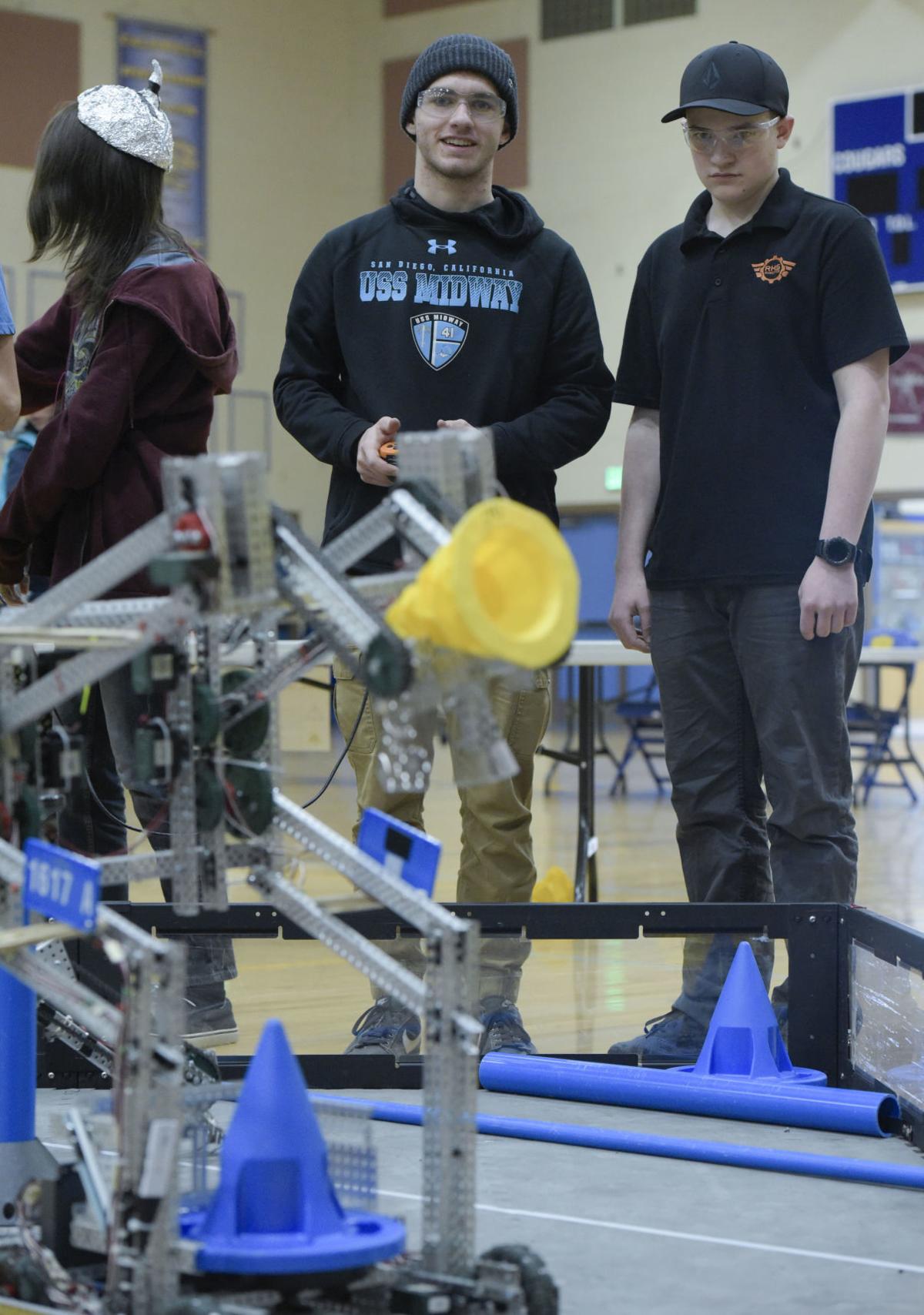 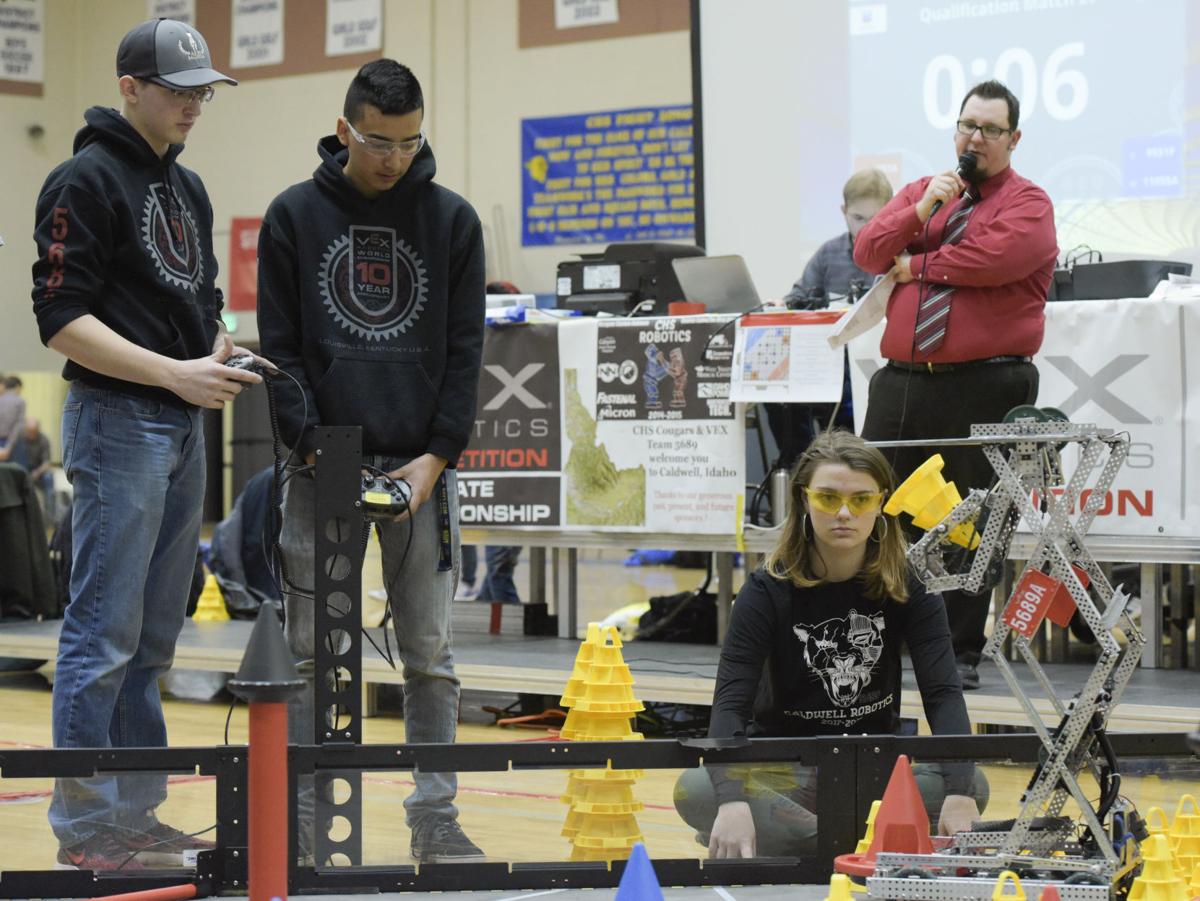 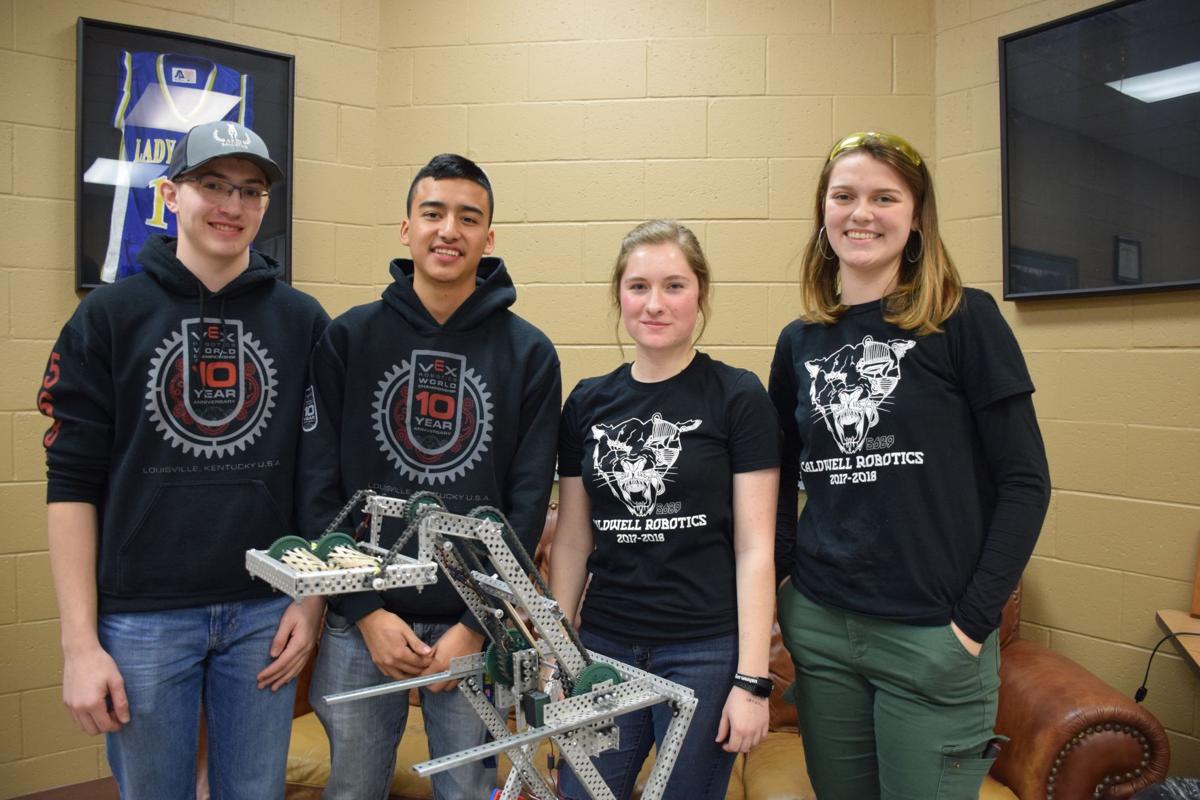 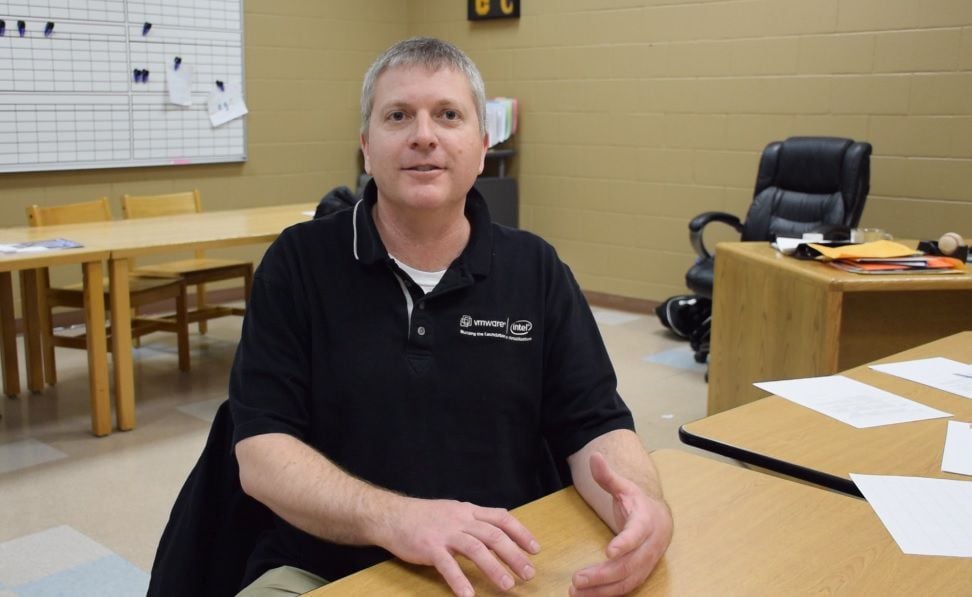 Caldwell High School Engineering and Robotics Teacher Dennis Zattiero coaches several teams of students on how to build and optimize their robots.

A robot performs a task of picking up cones at the Vex Robotics Competition at Caldwell High School on Friday.

A robot performs a task at the Vex Robotics Competition at Caldwell High School on Friday.

Caldwell High School Engineering and Robotics Teacher Dennis Zattiero coaches several teams of students on how to build and optimize their robots.

CALDWELL — Inside the bustling gymnasium of Caldwell High School, students from all over Idaho laughed, chatted and fixed robots. In the middle of the room, four robots jerked around, moving cones in two red and blue squares while teams worked to get the highest number of points by stacking cones.

This cone-stacking activity was part of a Vex Robotics Competition on Friday at Caldwell High School. The top teams will earn the right to participate in the statewide competition in March at Northwest Nazarene University. Roughly 30 teams participated at Friday’s event; each team had three to four students on it.

“Vex robotics is one of a dozen flavors of robotics in the world,” Zattiero said. “We like it because we can afford to have multiple robots with an average of three to four kids on a team.”

Having multiple robots and small groups of kids ensures that “everyone has a job function” on the team, Zattiero said. The effort of building the robots gives students the opportunity to meet each other and learn how to work as a team, according to Zattiero.

“The beautiful thing about this is they have to work together; they have to strategize,” Zattiero said. “They have to be able to communicate with someone.”

According to Zattiero, Caldwell High School has competed in the world championships three of the last four years.The highest-ranked team at Caldwell High School is the Ares Ballistic, made up of students Jorge Zazueta, 17, Chris Lile, 17, Lydia Beardsley, 15 and Kelsey Ferro, 16.

Ares Ballistic made it to the semifinals and won the Judges’ Excellence Award in Caldwell High School’s tournament in November competing against teams from Idaho, Washington and Oregon. Ares Ballistic also competed in last year’s World Championship in Kentucky.

The Vex competition starts with teams being told the type of task their robot must perform. Based on that, teams must then design and build a robot to perform that task from a set list of available components.

Teams in the competition are given access to thousands of parts and have to build the robots into whatever design they think will win the Vex challenge of the year — which is announced at the previous year’s international competition.

For this year’s competition, teams designed robots designed for stacking cones. This included building the highest stack of cones or moving cones to specific areas of the mat.

“You’re not given a robot, you’re given parts,” Zazueta said. “It’s problem-solving skills that you have to go through, no one will take your hand through the process.”

Beardsley said she had learned “everything” from participating in the Vex challenge, including “Programming, mechanics and people skills.”