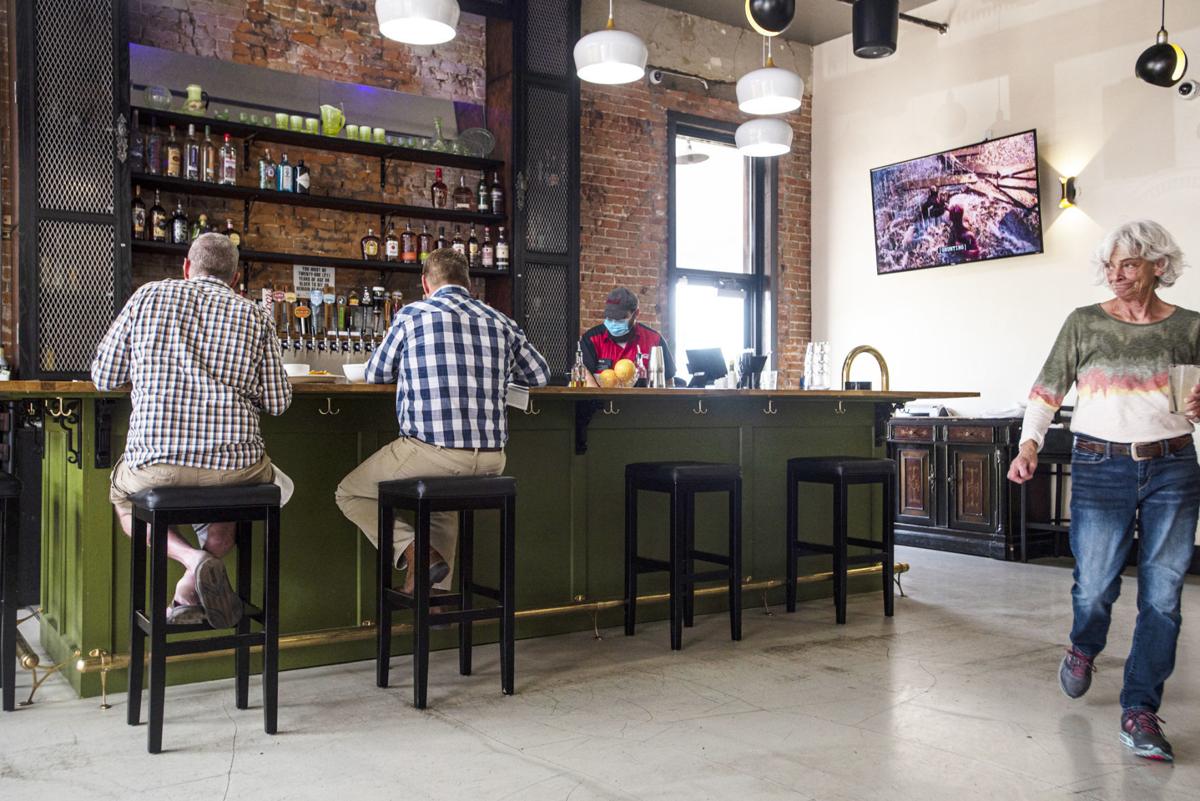 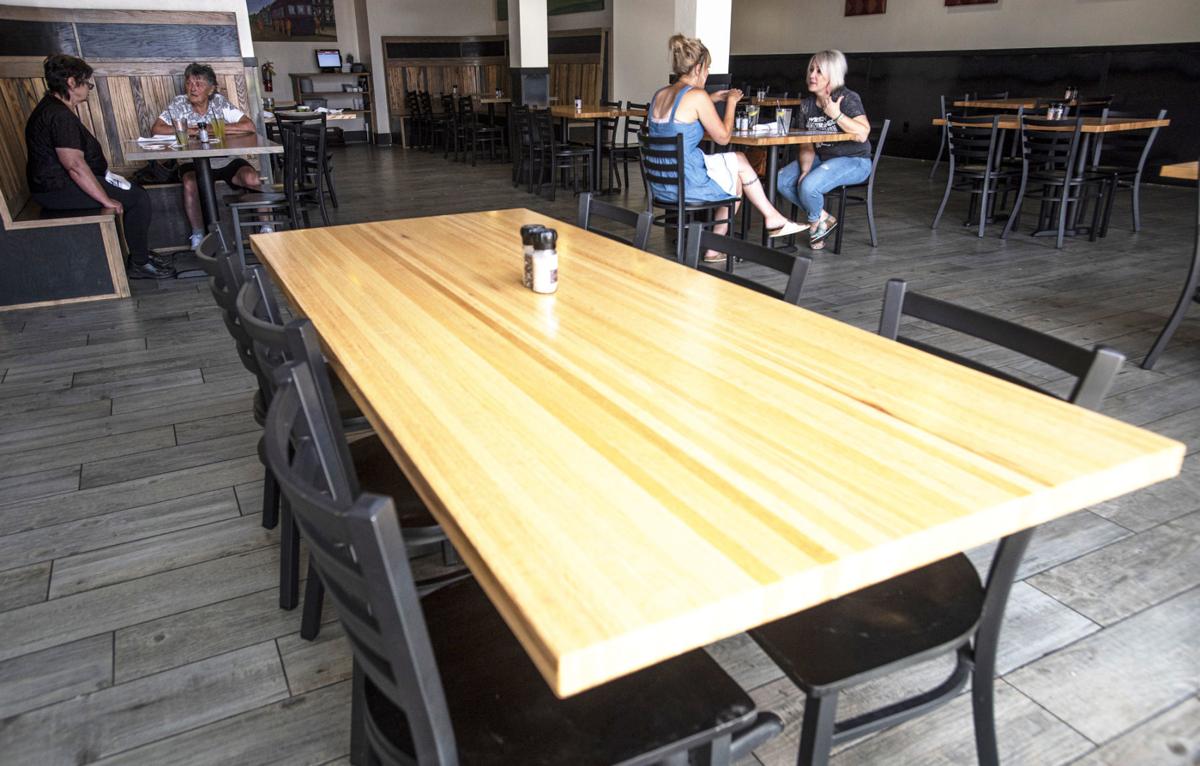 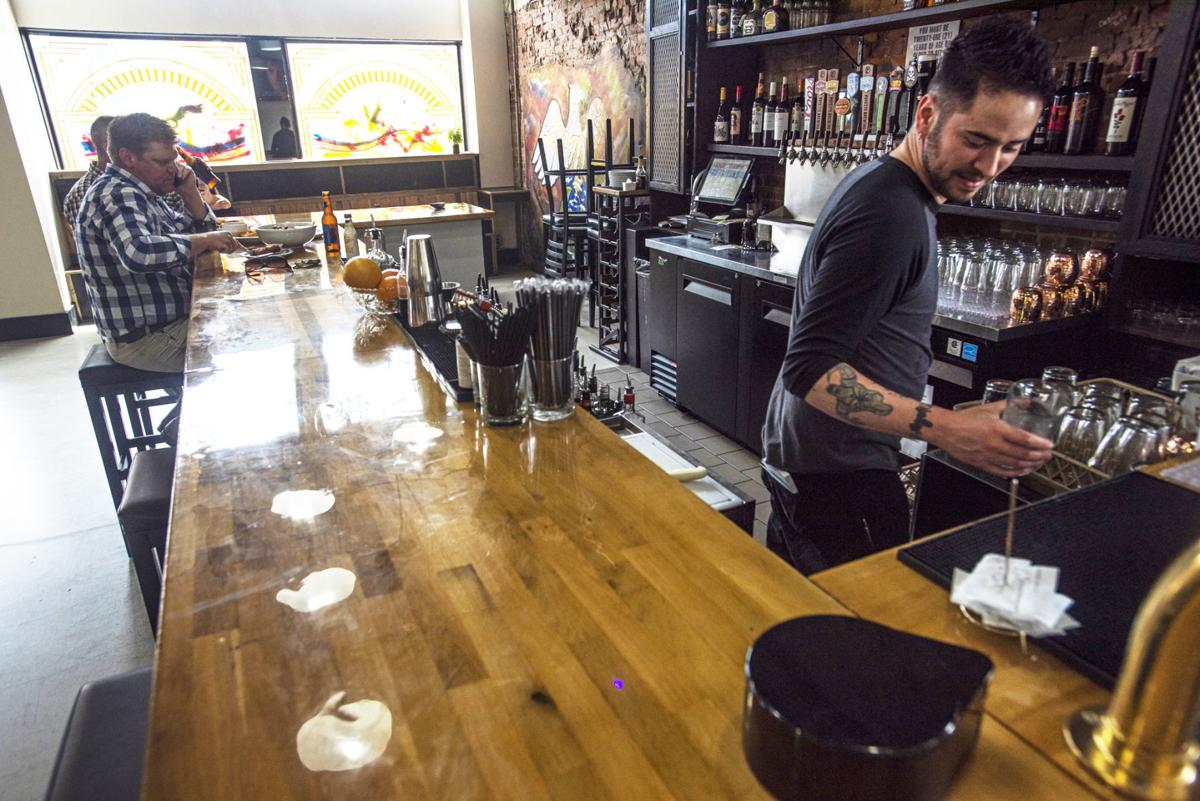 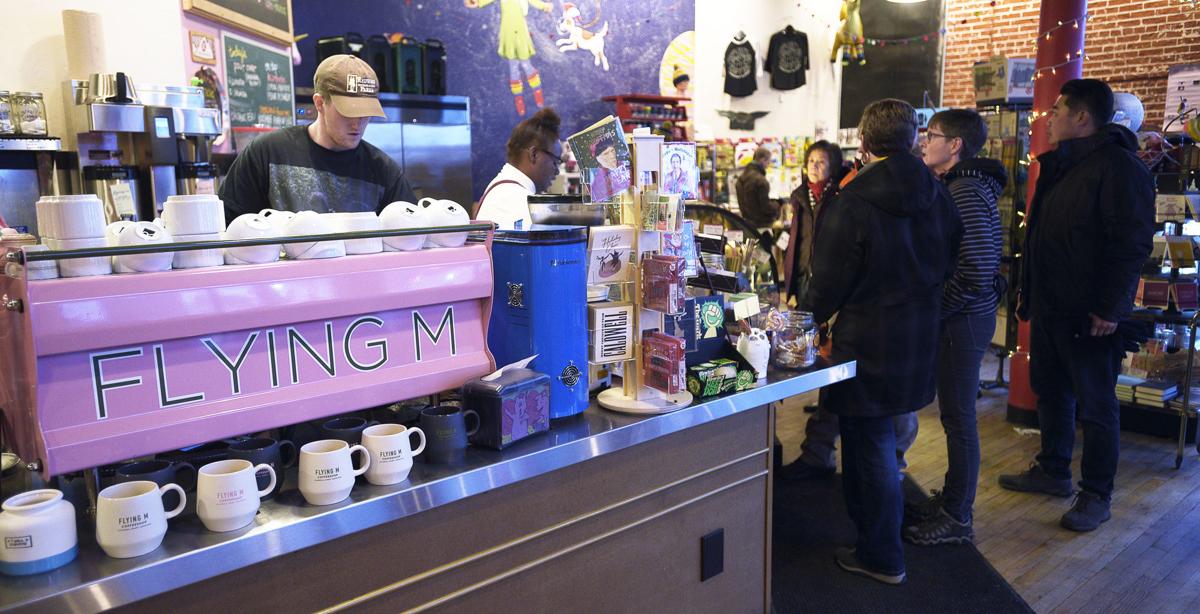 People hang out and shop at Flying M Coffeeshop along Indian Creek Plaza in downtown Caldwell on Black Friday, Nov. 29, 2019.

People hang out and shop at Flying M Coffeeshop along Indian Creek Plaza in downtown Caldwell on Black Friday, Nov. 29, 2019.

CALDWELL — Downtown Caldwell was seeing strong momentum before the COVID-19 pandemic hit Idaho and created a major roadblock for businesses new and old. But as the economy reopens, the area is steadily getting back on track.

Since Indian Creek Plaza opened in 2018, business activity has grown in downtown Caldwell, with concerts and events drawing people in, and new shops and restaurants springing up. At least 10 new downtown businesses opened in 2019.

But when COVID-19 cases began increasing in Idaho and Gov. Brad Little issued a stay-at-home order in late March, many businesses saw a steep drop in sales.

Still, no downtown businesses have permanently closed since mid-March — and in fact three new ones have opened since then: Ruby Bloom, 812 Main and Shi Sushi, according to Sarah Gross, spokeswoman for Destination Caldwell, the organization that manages the plaza.

Though businesses are reopening, things aren't back to normal, as capacity is restricted, cleaning regimens amplified, and mask- or glove-wearing often required for staff.

Grit 2C, a regional American cuisine restaurant on South Kimball Street, closed for two months, but this month reopened its dining room at about half its capacity. Customers have returned, Rust said, though not to the normal levels.

"Some people are still a little sketchy about going out," she said.

The restaurant's dining room has 12 tables spaced apart, Rust said. Grit 2C is open for reduced hours Tuesday through Sunday. Though staff is no longer required to wear masks, Rust said they must wear gloves and sanitize the menus and tables after each use. She hopes to steadily return the restaurant to its regular operation through the end of June and July.

Rediscovered Books held off on opening to the public even though it was allowed to reopen May 1 according to Little's plan. Owners Bruce and Laura DeLaney said in a Facebook post that they were going to take it slow. The bookstore's Caldwell location reopened about three weeks ago, according to Laura DeLaney.

DeLaney said the store has a limit of about 10 people allowed inside at one time, and requires that all customers and staff wear masks. She said they provide masks to customers without one, and have found that some customers have sought out their stores because of that.

Rediscovered Books also require customers to use hand sanitizer upon entering the store, and employees regularly wipe down the cash register. DeLaney said she's noticed customers' browsing habits changing because of the pandemic. Instead of spending time flipping through pages of books they are interested in, she said people are now being more brief with their contact, typically only checking the back cover.

'A LOT OF CHANGES'

McKim said Flying M spaced out its tables and put markers along the floor to keep customers separated in line. Employees are required to wear masks, and she said they take the temperature of each employee when they start their shift. The main doors to the coffee shop are open during Flying M's business hours to minimize the surfaces people are touching, and she said employees regularly wipe down their point-of-sale system at the front counter.

"When I count them all up, there are a lot of changes," McKim said.

Flying M saw a lot of support from the Kickstart Caldwell initiative, which was launched as a collaboration of several community organizations, including the city of Caldwell, the Caldwell Chamber of Commerce, Destination Caldwell and Crush the Curve Idaho. The initiative provides resources to Caldwell-based businesses to allow them to open safely. Flying M received hand sanitizing stations and a poster to display to customers what the business was doing to stay safe during the pandemic, McKim said.

"We felt really supported," she said.

McKim, DeLaney and Rust all said their sales are not as good as they typically see this time of year, although all noticed that it is increasing by the week.

Valarie Hruza opened Ruby Bloom on Arthur Street May 19, during Phase 2 of Rebound Idaho. She'd dreamed of opening up a flower shop in Caldwell for a long time, she said, and though businesses were temporarily closing around her as she was preparing to open, she felt confident downtown Caldwell would be quick to bounce back because of its previous momentum.

Ruby Bloom's employees are not required to wear masks or gloves, but Hruza said they keep a limit of how many people are allowed inside the store and try to give customers wearing masks adequate space. The community response to the business was overwhelming, Hruza said, and they more than doubled their initial projections within the first month.

The early success could be due to several factors. Hruza said that plants are a hot commodity for customers right now, and people appear to be hungry for new business ideas as well. She said several customers have also told her that they are shopping in the area to support local businesses.

McKim feels the pandemic created a sense of unity among the Caldwell community, and said customers have sought out her business specifically to support them and other downtown businesses. With Flying M right next to Indian Creek Plaza, McKim said she's also noticed activity increase as events, such as the farmers market, return throughout the week.

Gross said although Destination Caldwell anticipates a drop in visitors year over year because the nonprofit could not host events through March, April and half of May, she said event attendance at the plaza was growing over the last year.

Downtown Nampa, particularly First Street South, was also seeing a surge in activity before the pandemic. 2C Family Brewing Company's taproom manager Angie Mullins said the activity has not fully returned, but it is increasing as the weather improves and events return to the area.

2C Family Brewing Company reopened May 1, ahead of Gov. Brad Little's phased reopening plan, as the business saw a 60-70% drop in sales when it was limited to just takeout, curbside and delivery service during the stay-at-home order, Mullins said.

Since reopening, Mullins said the brewery and taproom is steadily easing back on its precautionary measures based on the trends seen in other businesses. The business has resumed its food service and is slowly allowing more people inside the building at once.

2C Family Brewing first opened in downtown Nampa this time last year. While Mullins said their customer levels are not at what they were last year, the business previously saw its largest revenue intake to date about two weeks ago, partially due to its introduction of keg sales.

Other restaurants reopening along First Street South in mid-May also contributed to rising sales, Mullins said. She said she saw a brief dip in business when restaurants and bars reopened in downtown Boise, but it leveled out soon after.

The events in downtown Nampa last summer contributed to 2C Family Brewing's business, and Mullins said some events, such as the weekly farmers market, have returned, but others have not. She said downtown Nampa is planning to host its first Fourth Friday event this month, and she is hopeful for what that event can do for their sales.