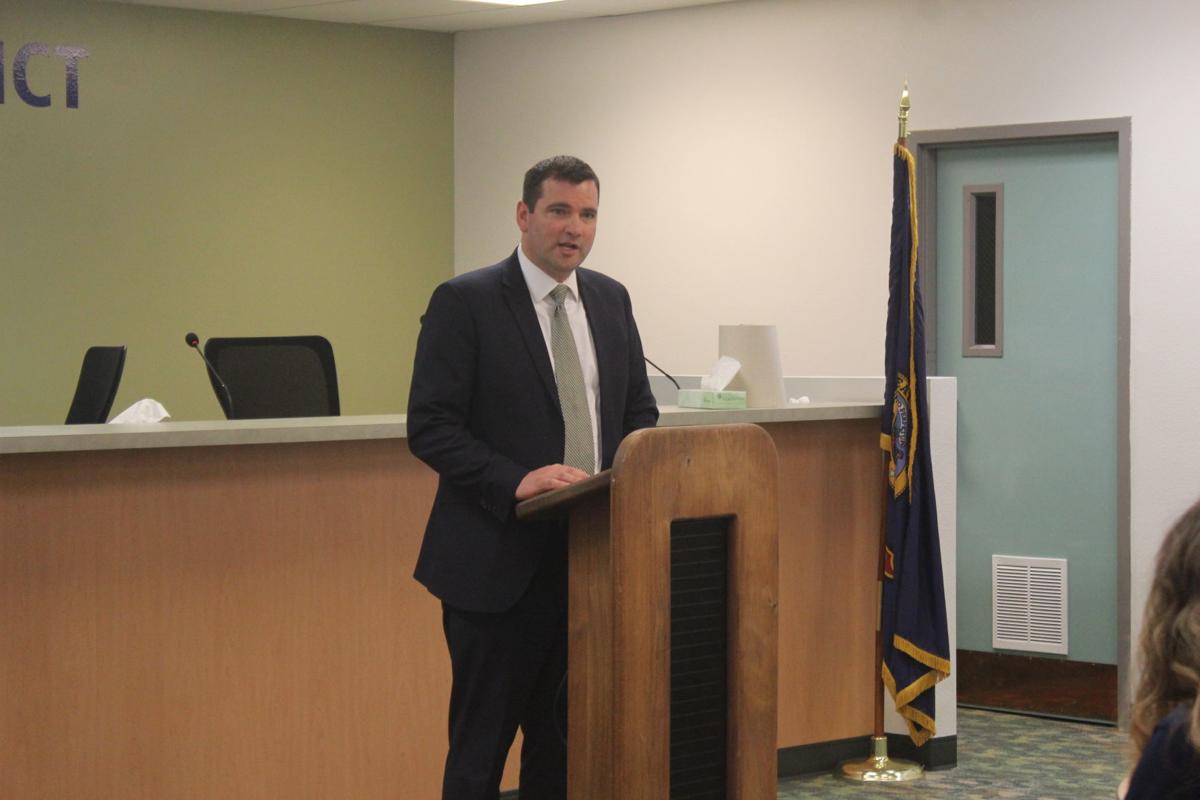 Jarom Wagoner speaks before the District 10 Central Committee during the meeting to select candidates to fill Brandon Hixon's seat on Thursday, Oct. 26 in Caldwell. 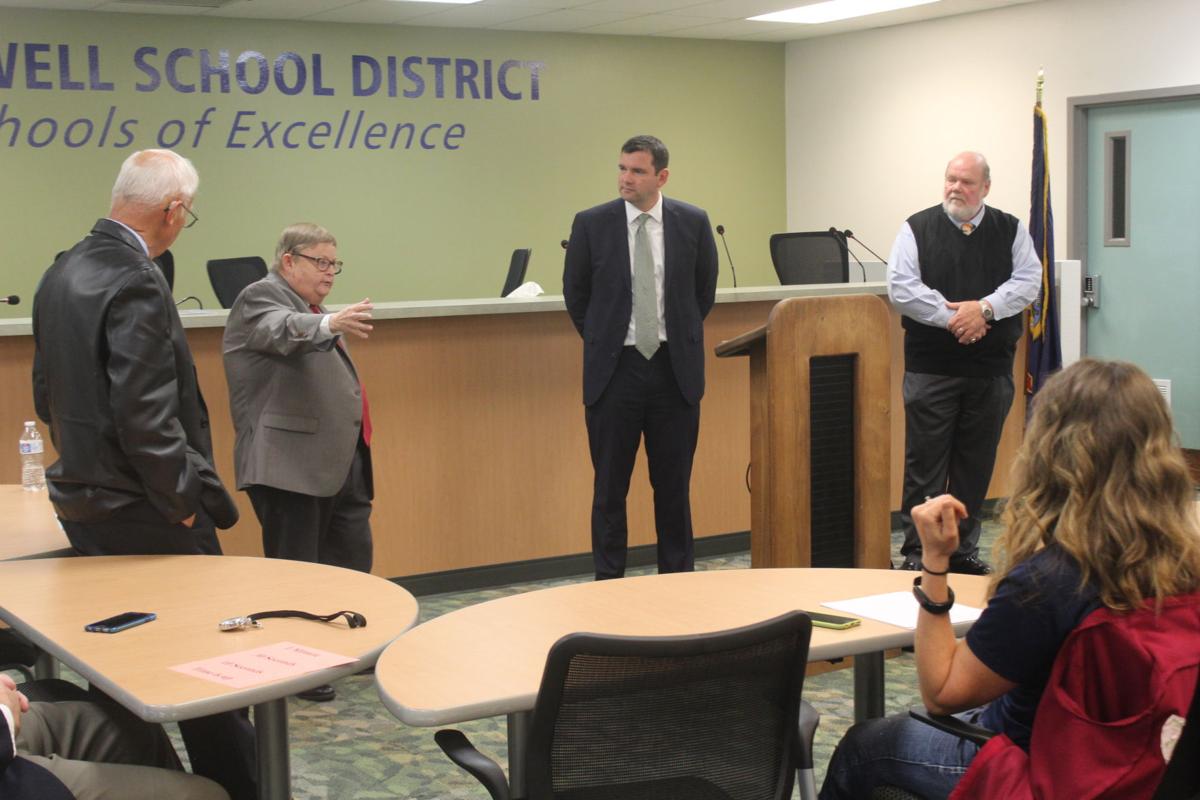 Nominees Jeff Taggart, Jarom Wagoner and Donald Easteppe answer questions from Darrel Bolz and the District 10 Central Committee during the meeting to select nominees for Hixon's seat on Thursday, Oct. 26 in Caldwell. 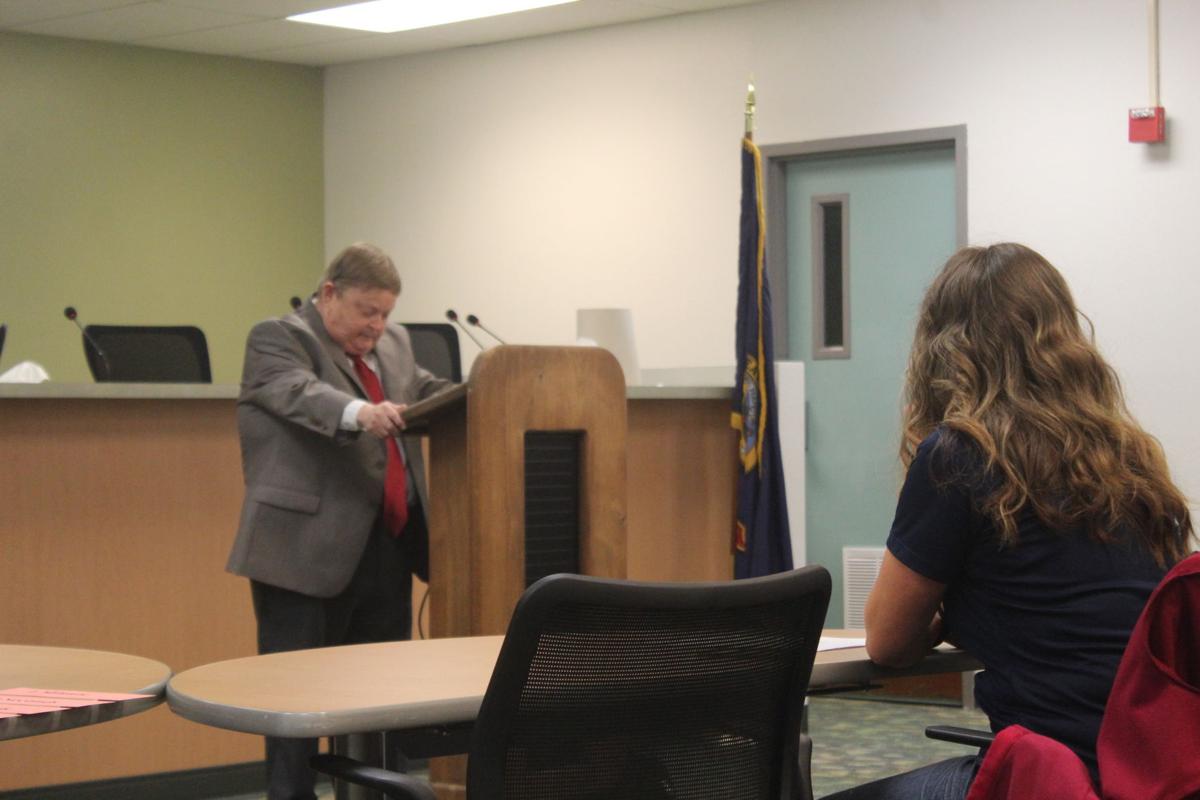 Nominee Jeff Taggart pauses during his candidate speech to the District 10 Central Committee on Thursday, Oct. 26 in Caldwell. 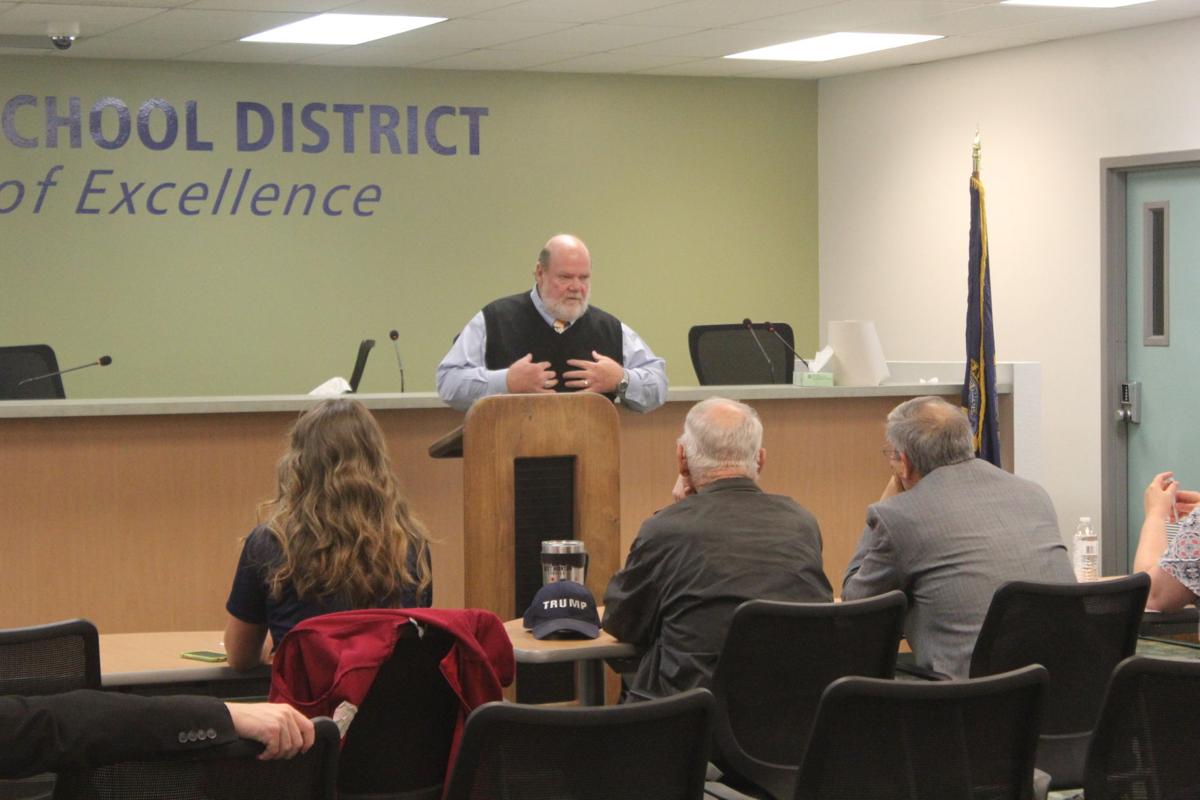 Jarom Wagoner speaks before the District 10 Central Committee during the meeting to select candidates to fill Brandon Hixon's seat on Thursday, Oct. 26 in Caldwell.

Nominees Jeff Taggart, Jarom Wagoner and Donald Easteppe answer questions from Darrel Bolz and the District 10 Central Committee during the meeting to select nominees for Hixon's seat on Thursday, Oct. 26 in Caldwell.

Nominee Jeff Taggart pauses during his candidate speech to the District 10 Central Committee on Thursday, Oct. 26 in Caldwell.

Wagoner was listed as the top choice for the Canyon County Republican Central Committee during a public meeting Thursday night at the Caldwell School District office boardroom. The meeting was called to select three nominees to replace Hixon, who resigned last week amid an investigation by Caldwell Police that has since been turned over to the Idaho Attorney General's Office.

Wagoner, of Caldwell, previously ran for the District 10 seat in 2012. He has been a senior planner for the city of Caldwell since 2013.

"I tried to make a difference a few years ago when I ran for this exact same seat that sits vacant today," Wagoner said. "Now I have the opportunity again to make a positive change in our lives and the lives of all those around us, and I simply could not pass that up."

Committee chairman Darrell Bolz received submissions and resumes from three Caldwell men prior to the Thursday meeting. Donald Easteppe, Jeff Taggart and Wagoner were all nominated last night. There were no additional nominations from the floor or the precinct chairmen.

Taggart, who was ranked as the committee's second choice, graduated from the University of Oregon in 1974 and interned for state Rep. Christy Perry, R-Nampa. He is self-employed as a bail bondsman.

"I feel like I have a pulse on what goes on in Caldwell," said Taggart.

Taggart previously lived in Boise while attended Boise State University as a student seeking a second degree in political science from 2014-16. He registered to vote in Caldwell just under a year ago. To qualify, his selection would have to come a full year after being registered. The committee said this would not be an issue since Taggart would be eligible in a matter of days.

Easteppe, the committee's third choice, is a licensed social worker and drug and alcohol counselor for Ascent Behavioral Health Services in Meridian. Easteppe also served in the Army from 1978 to 1984 and is a longtime Caldwell resident.

"I grew up here and got to watch my parents thrive here," said Easteppe. "I'm as much a part of the blood of this city as you can be."

Questions from the precinct chairmen ranged from whether the candidates supported President  Donald Trump's national agenda to their thoughts on charter schools, urban renewal or the possibility of nearby Nampa becoming a sanctuary city. All candidates indicated their willingness to run in the 2018 primary election if they were not selected by the governor.

In light of the ongoing criminal investigation surrounding Hixon that precipitated the committee meeting, Bolz also asked each of the candidates to disclose any previous felony or misdemeanor charges.

Easteppe acknowledged offenses for driving under the influence upon his discharge from the Army, experiences which led him to his current work as a drug and alcohol counselor. Wagoner repeated his previous acknowledgement of foreclosing on property in 2007, while Taggart said he paid a fine in 1974 for selling out of state fishing licenses. Taggart added that he refused all bribes during past employments and internship on the Ways and Means Committee for the Idaho State House of Representatives.

"I've been offered stolen guns and pounds of dope, but I said no," said Taggart.

Whoever is selected to replace Hixon will serve for Seat A in District 10 until the end of the two-year term in November 2018.

Bolz said this was his fourth time presiding over a Central Committee meeting to replace a sitting candidate.

"Most people don't have to go through this," said Bolz.

Hixon, 36, had previously confirmed through his attorney that he is under investigation by law enforcement, although no arrests or charges have been filed. The Caldwell Police Department has turned its investigation over to the office of the Idaho Attorney General's Office.

"Because of Mr. Hixon's political position, the transfer of the case to the Attorney General's office is routine and expected," said Gabe McCarthy, Hixon's attorney, in a text message to the Idaho Press-Tribune.

Nicole Foy is the night digital reporter. You can reach her 208-465-8107 and follow her on Twitter @nicoleMfoy