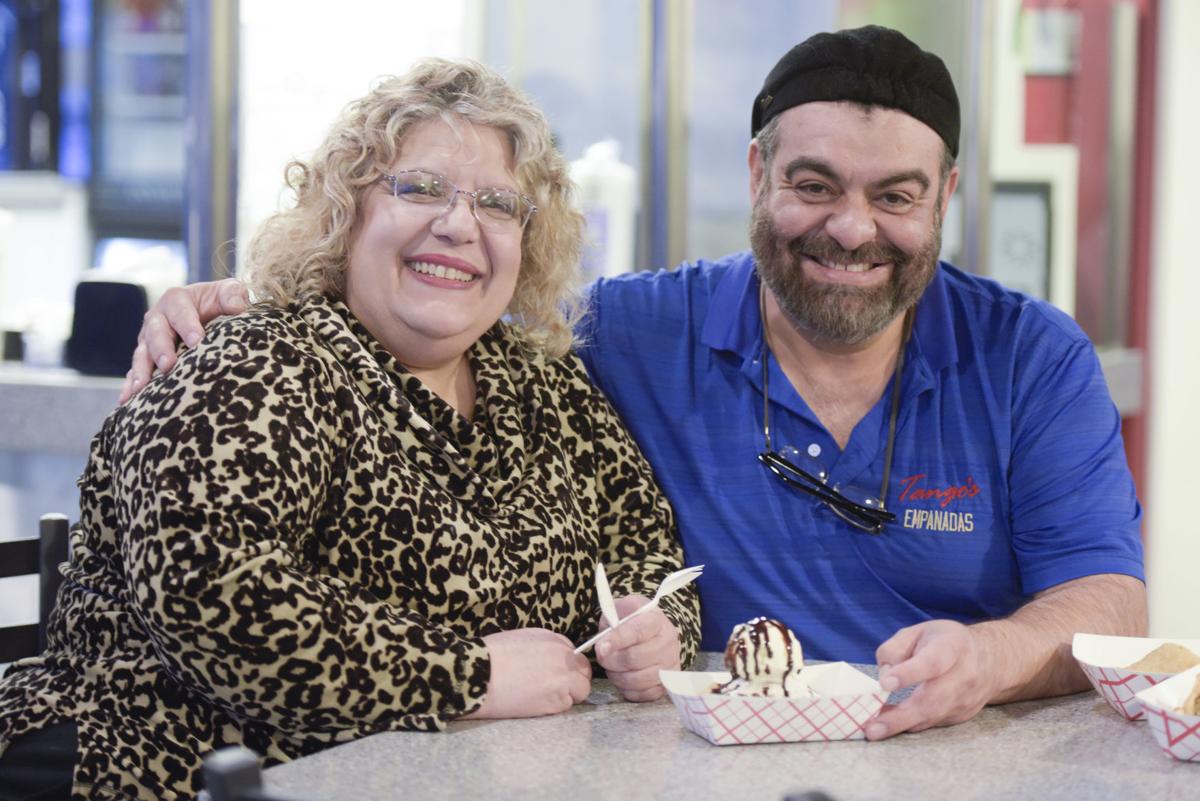 Monica and Louis Bremmer are the owners of Tango’s Empanadas in Boise and Nampa. 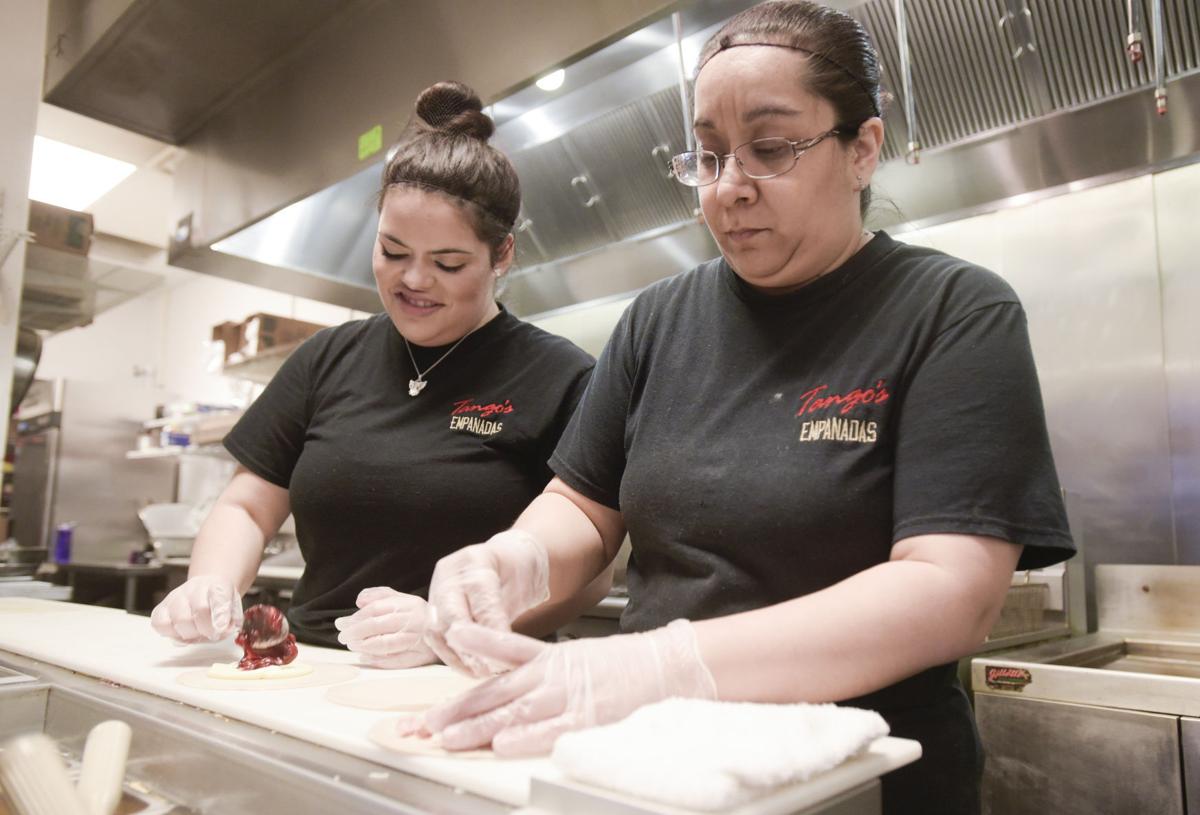 Carolynne Bremmer and Leticia Arredondo make an order of empanadas at Tango’s in Nampa on Jan. 9. 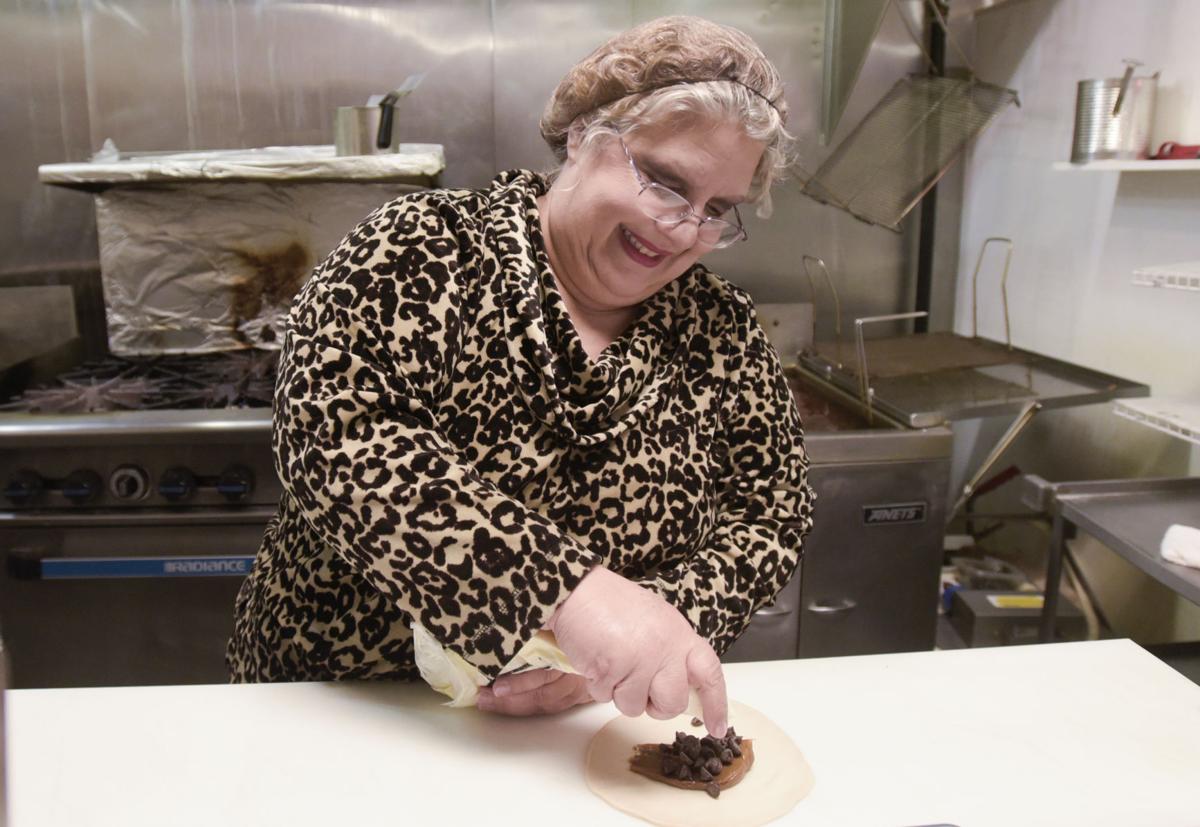 Monica Bremmer makes a dessert empanada at Tango's in Nampa on Jan. 9. 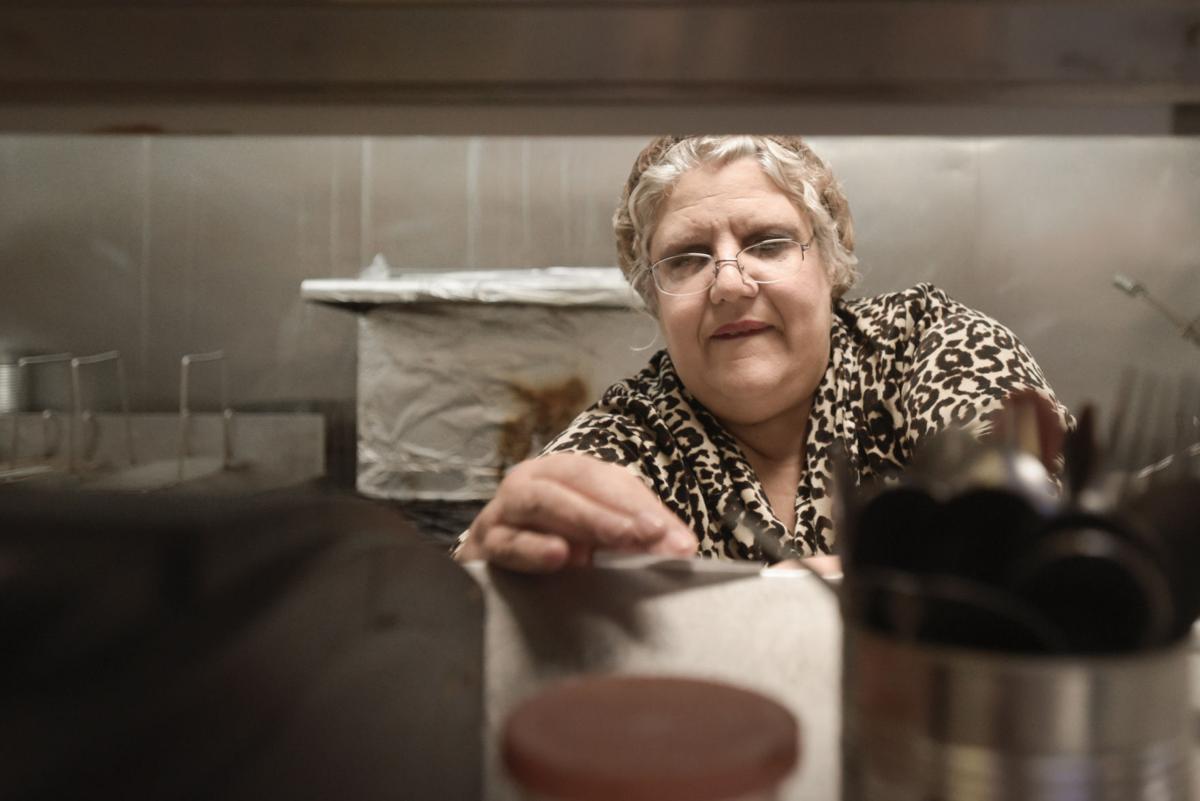 Monica Bremmer takes an order at Tango's in Nampa on Jan. 9. 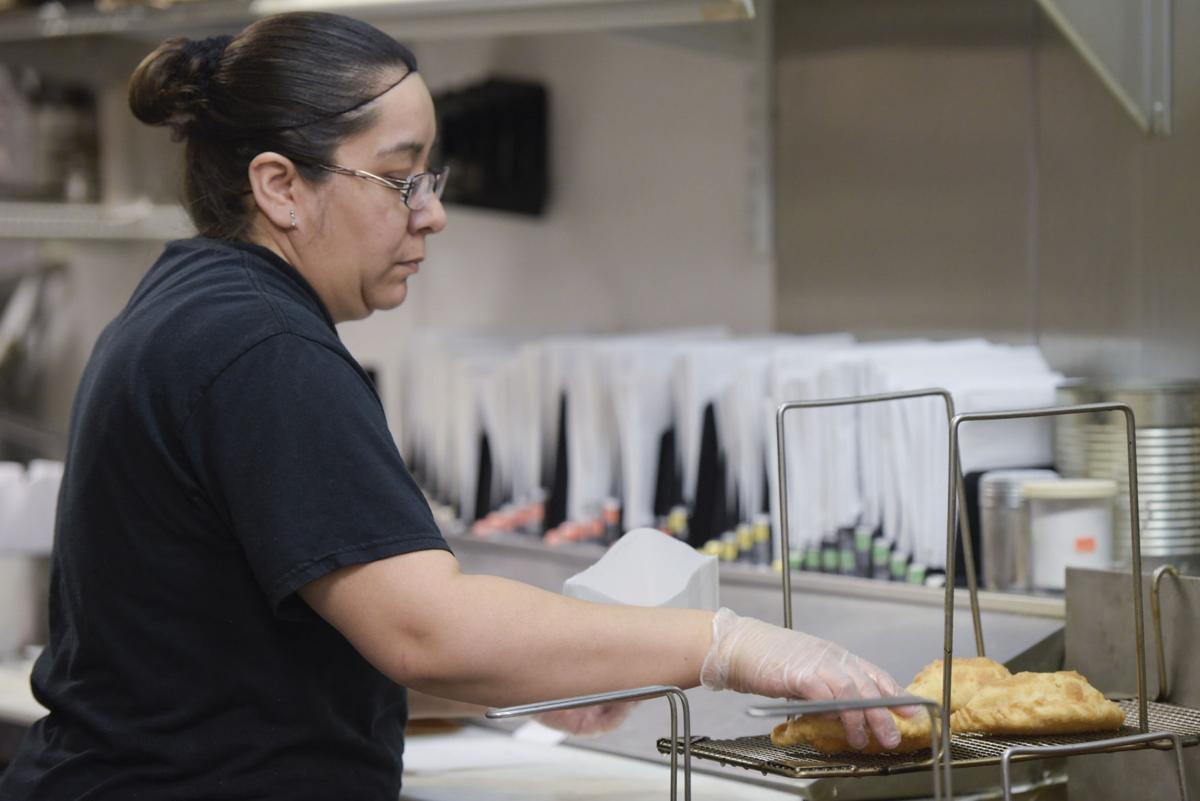 Leticia Arredondo packages an order of empanadas at Tango's in Nampa on Jan. 9. 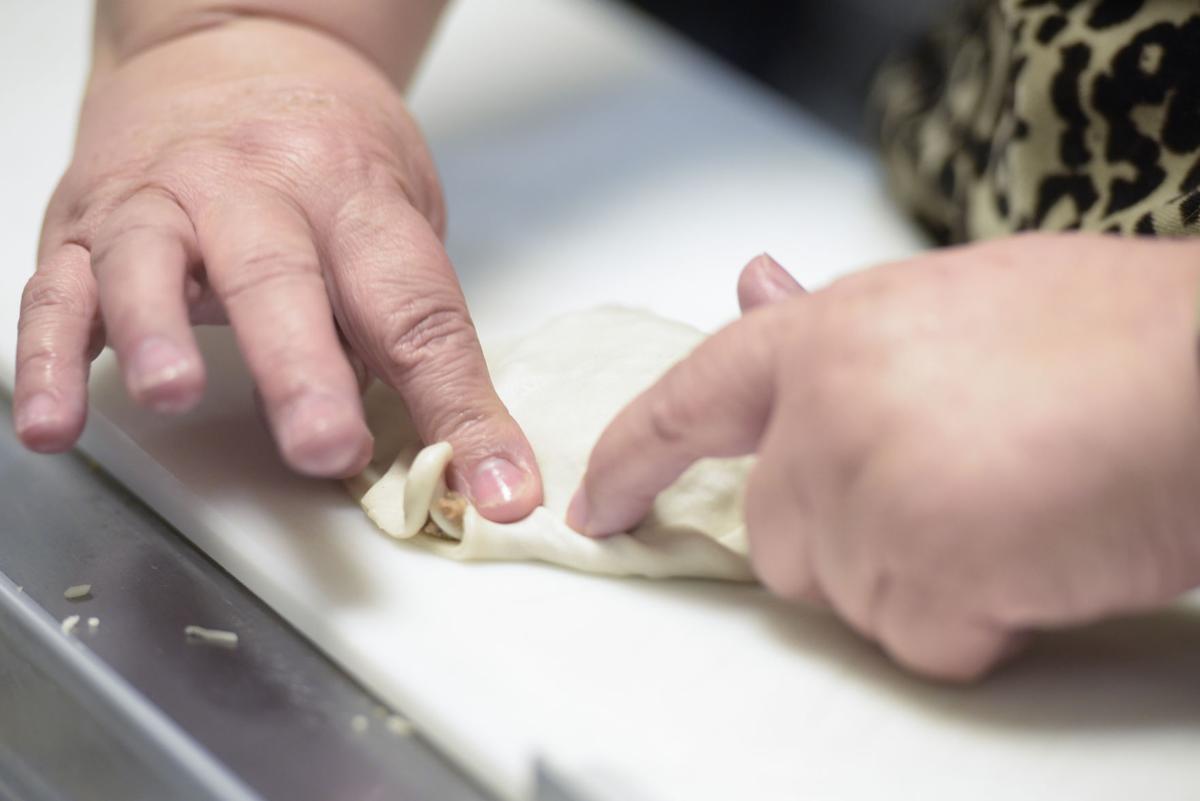 Monica Bremmer folds an empanada at Tango’s in Nampa on Jan. 9. 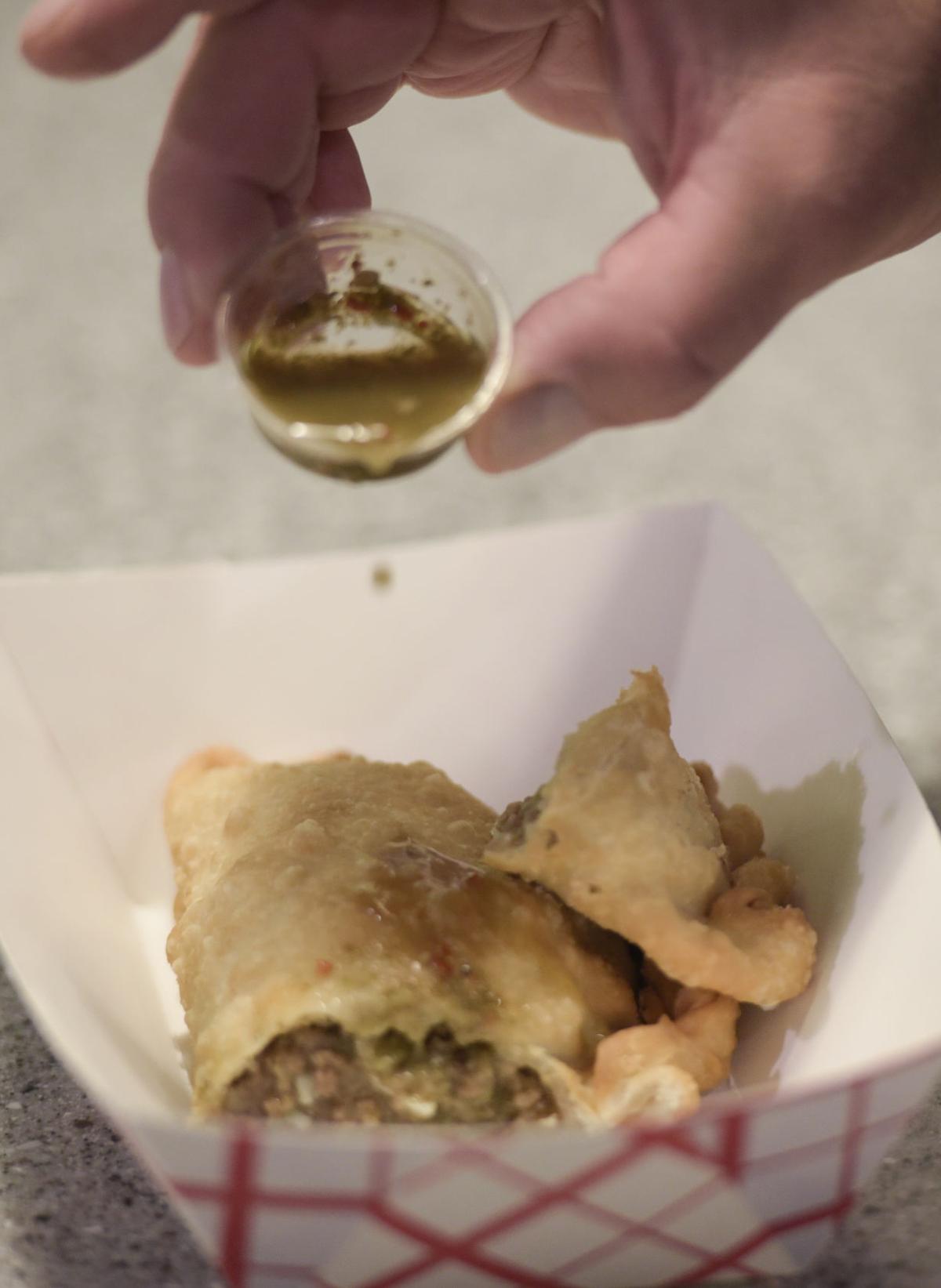 Sauce is poured on a gaucho empanada from Tango’s in Nampa on Jan. 9. 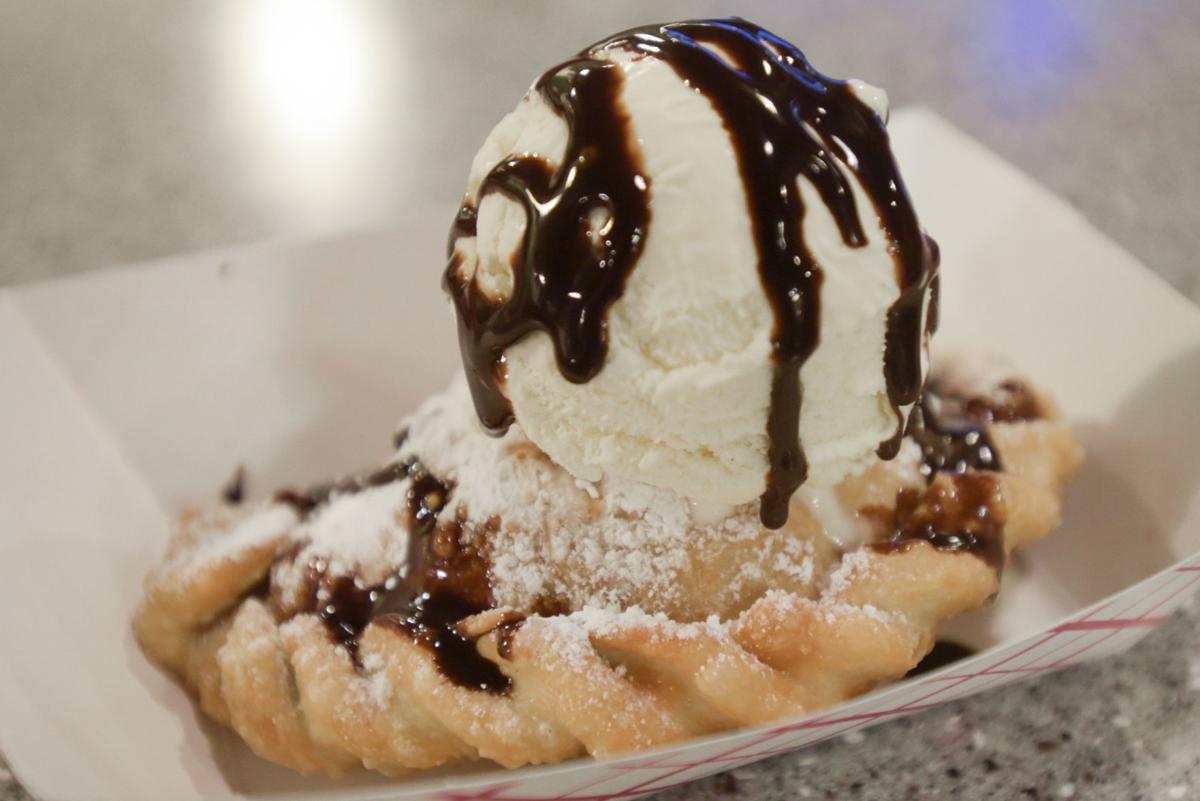 Ice cream tops a dessert empanada from Tango’s in Nampa on Jan. 9.

Monica and Louis Bremmer are the owners of Tango’s Empanadas in Boise and Nampa.

Carolynne Bremmer and Leticia Arredondo make an order of empanadas at Tango’s in Nampa on Jan. 9.

Monica Bremmer makes a dessert empanada at Tango's in Nampa on Jan. 9.

Monica Bremmer takes an order at Tango's in Nampa on Jan. 9.

Leticia Arredondo packages an order of empanadas at Tango's in Nampa on Jan. 9.

Monica Bremmer folds an empanada at Tango’s in Nampa on Jan. 9.

Sauce is poured on a gaucho empanada from Tango’s in Nampa on Jan. 9.

Ice cream tops a dessert empanada from Tango’s in Nampa on Jan. 9.

NAMPA — Monica Bremmer insists she’s not a chef, even though she’s crafted almost the entire menu of Tango’s Empanadas in Nampa and Boise.

She makes the empanada dough. She makes the dulce de leche that’s used in many of the restaurant’s desserts. Her husband, Louis Bremmer, makes the sausage and some of the slow-cooked meat featured in several menu items.

Together, the two of them have owned Tango’s Empanadas in Boise for just over 10 years after moving to Idaho from Mexico. They opened a second location in Nampa about two years ago after realizing that many of their customers were coming to Boise from Nampa to buy their food, Louis said.

Monica grew up in Argentina, where she said there were as many empanada restaurants as there are burger joints in the United States. She isn’t a chef — knowing how to make empanadas just came with the territory.

“I’ve made empanadas all my life, for friends and parties,” she said.

Argentine influence permeates most items on the menu. There are classic menu items featured in the shops Monica said she visited as a child. The chimichurri sauce, which she described as a pesto vinaigrette, is Argentina’s version of barbecue sauce. The dulce de leche she makes from scratch is a thick caramel filling that she said Argentines add to almost any dessert they can.

Monica met Louis in Mexico, while he was working as an entertainer at the same club she applied for. When the couple eventually moved to Idaho, she said they put almost all of their money into starting their business, which they called Tango’s Subs and Empanadas because they were concerned over how they would be received.

Sub sandwiches are also common in Argentina, Monica said, and make up a large portion of the Tango’s menu. She said they are more popular among their male customers.

They had a small handful of customers on their first day, until Monica’s mother came in to see if she could help.

A small woman — about 80 at the time — she grabbed the sign they had posted outside the front door and started walking up and down the street to try to catch the attention of passing traffic.

Soon enough, they had a line out the door of customers coming in just because they saw a little old lady shuffling up and down the road with the Tango’s sign, Monica said. They got so busy, in fact, that Monica had to go ask her mom to stop because Louis was the only cook in the kitchen, and he couldn’t handle the overwhelming number of orders they were getting.

The couple has retained a steady level of business since opening, even though Monica said they do not advertise. Many of their customers are regulars who spread their information by word of mouth. Ten years in the business, most of their regulars are like family, Louis said.

Their staff has grown, too. Though they each prepare several of the common ingredients used in their empanadas, they have cooks who put the ingredients together after they are trained on the proper way to do so. Though the technique appears simple, it is deceptively difficult, Monica said, and about half the employees they train can never master the speed it requires.

Speed is crucial when making empanadas, Monica said, because it affects the appearance and the efficiency in which they get the food back to the customers. The ones who do get it down can have the dough sealed in the blink of an eye, and before you know it, the empanada will be in the fryer, where it will sit for a few minutes before it is taken out and served.

Over the years, Monica said their menu has evolved with their customers’ interests. The menu isn’t entirely Latin-based — they actually offer a Chinese vegetarian empanada with cabbage, celery, onions, bean sprouts, soy sauce and sesame seeds.

The Nampa location features a drive-thru and has two more menu options than the Boise location: an arroz con leche empanada, which is a dessert empanada with a filling similar to rice pudding, and a cheeseburger empanada with ground beef, cheese, mustard and ketchup — both items added because of customer interest, Monica said.

Because empanadas are such a simple food, it’s easy to alter them, she said, and often the adjustments that are made from customer requests end up as permanent menu items. Once, she said a man came in and asked if she could add cherries to an empanada with Brazilian spread, which is similar to Nutella. After he had ordered the same thing several times, Monica decided to try it for herself, and she said it was so good she had to put it on the menu right away.

The continued success of their business has led Monica and Louis to consider expanding further. Last year they opened a food truck, which received a positive response from the community, Louis said. They plan to bring it back out once the weather warms up again. They are also considering opening a third location, possibly in Meridian.

But for right now, the two are just enjoying serving their food in the locations they have.

The Boise location is at 701 N. Orchard St. and has the same hours.

More information about Tango's is on their Facebook page or at tangos-empanadas.com.