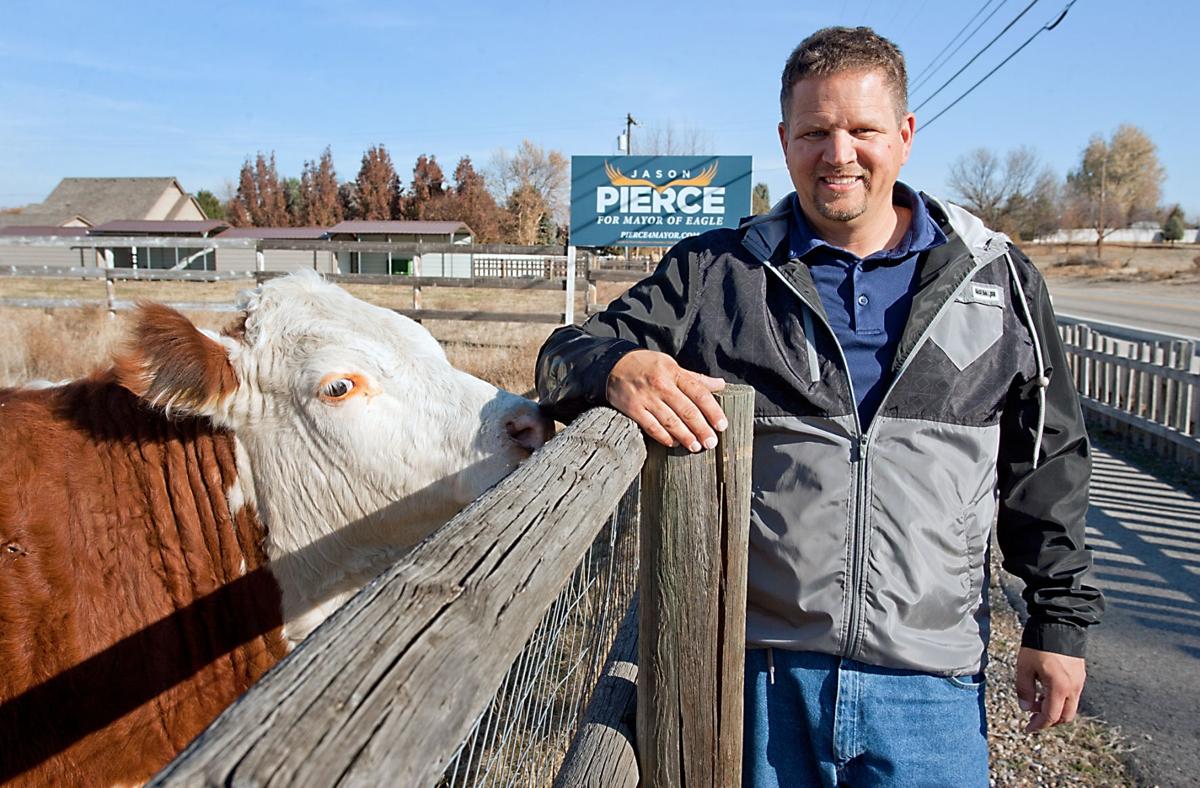 Eagle Mayor-elect Jason Pierce is joined by one of his steers as he poses along the fence line at his home in Eagle Nov. 8, 2019. 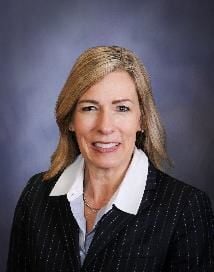 BOISE — Two Idaho lawmakers are proposing that city elections be held in even-numbered years, rather than odd ones as they are now.

A draft bill, cosponsored by Rep. Gayann DeMordaunt, R-Eagle, and Rep. Sage Dixon, R-Ponderay, would make city bonds and levies, mayoral and city council races, referendums and initiatives all go up for a vote in November of even-numbered years alongside gubernatorial and state legislative races. Officials whose terms expire in 2021 or any other odd-numbered year would have their elections delayed until the following year, according to a draft of the bill. That would effectively extend the terms of those Idaho mayors and city council members by one year until the transition is complete.

It also would mean savings to counties by eliminating elections in odd-numbered years, she said.

“We’ve been seeing a lot of low participation in our elections, in the city and on the school bonds,” Pierce told the Idaho Press. “One of the nice things about it is it will get more participation.”

Meridian City Councilman Luke Cavener, whose term expires this year, called the reform attempt “a noble effort” for its capacity to increase turnout, but said he has questions about the proposal’s extension of officials’ terms.

“The voters hired me for four years. They didn’t hire me for five. Frankly, if I’m a citizen and I’m dissatisfied with an elected official, I’d want to be able to elect somebody after that term,” Cavener said.

That doesn’t mean he’s necessarily opposed to a change, though.

“I think the subject of extending city council members an extra year is one best answered by the attorney general’s office,” he said.

Neither of the bill’s cosponsors responded to requests for comment Tuesday afternoon.

Pierce said logistical challenges, be them longer lines at the polls or scheduling complications, would be worth higher democratic participation and reduced elections costs.

“Every time you make a change, sometimes you have to deal with some of the consequences that result,” Pierce said. “For the community to take a short hit in the beginning … I think you’ve got to look at what are the overall long-term goals.”

Ada County voter turnout in the 2019 general election — which included several mayoral and city council elections — was 33%. That compares to 88% in November 2020, a presidential election year, and 78% in 2018, according to the Ada County Elections Office.

The proposal would likely increase the number of candidates and issues printed on ballots. Cavener said, “I’m not sure what the sweet spot is” for balancing voter turnout and ballot length.

Pierce said voters will take the time to research what’s on the ballot, especially if elections are consolidated and less frequent.

“People get in the mindset when they’re ready to vote for certain things,” he said.

Three city council members from Meridian and two from Eagle are up for reelection this year.

It’s unclear when voters in the state’s largest cities would pick their city council members if a different bill modifying election calendars, SB 1111, passes, Cavener said. That bill would clarify how Idaho cities with more than 100,000 residents (based on decennial Census data) are to elect city council members by district, following direction from last year’s Legislature.

SB 1111 would have candidates who run for city council in those cities — based on Census projections, those would include Boise, Nampa and Meridian — in November 2021 run for just two-year terms. Then, in 2023, all council members would be up for election, half for two-year terms and half for four-year terms, the Idaho Press reported.

The latest proposed bill, moving city elections to even-numbered years, had not yet been posted online yet as of Tuesday afternoon. The State Affairs Committee on Tuesday morning agreed on a voice vote to introduce it, clearing the way for a potential full hearing.