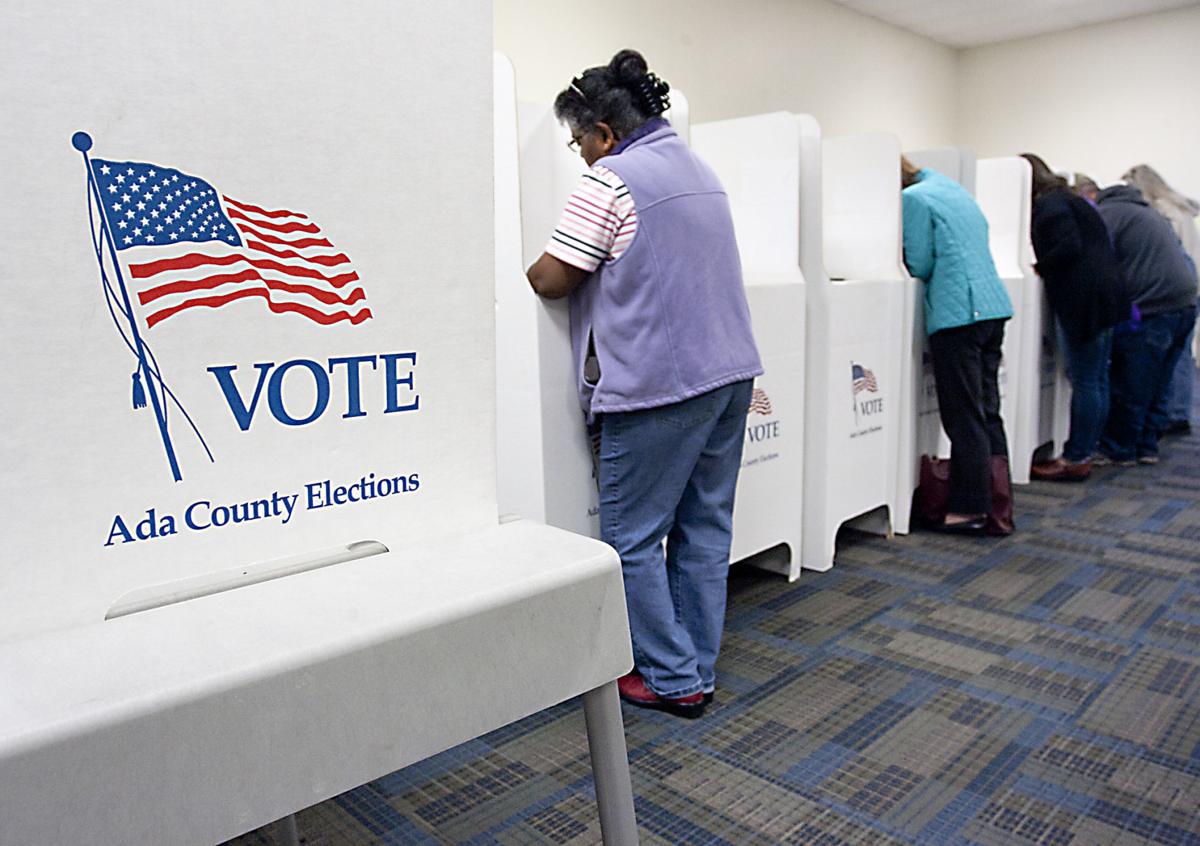 Voters hit the polling place during early voting at the Ada County government building off Benjamin Lane in Boise Oct. 15, 2018. 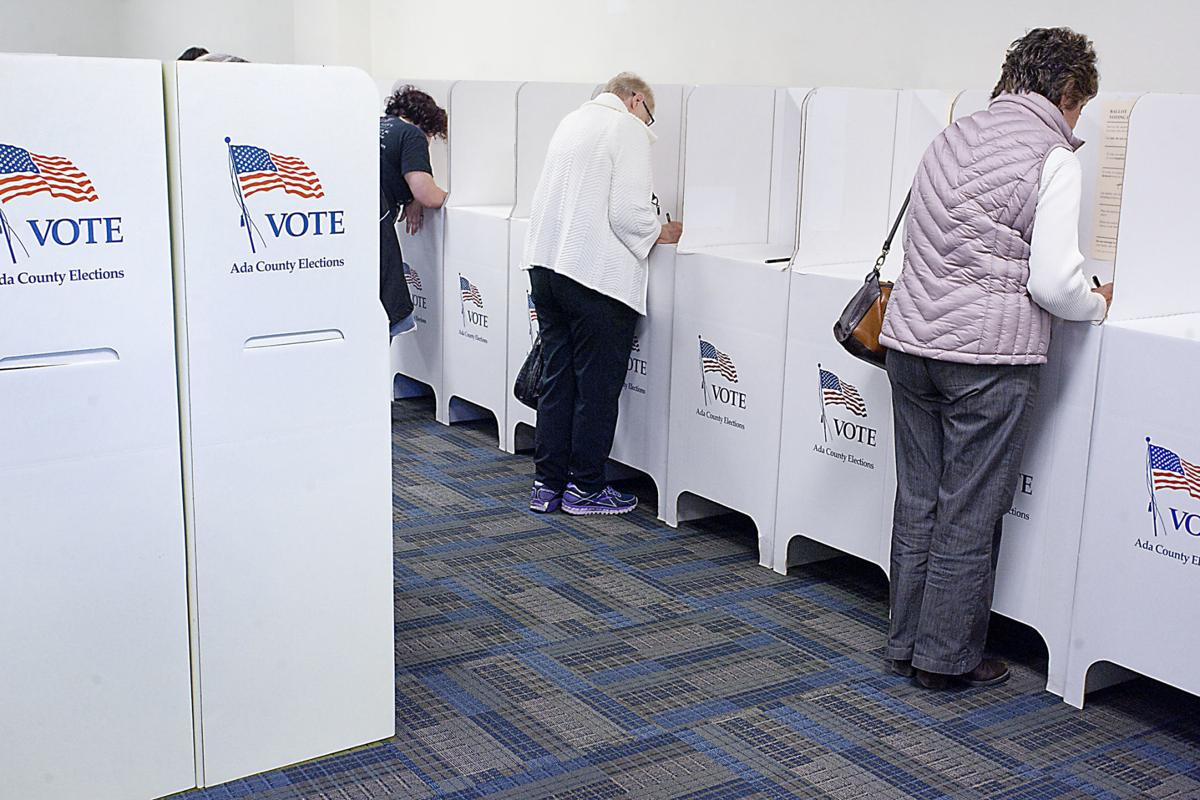 Voters make their choices during early voting at the Ada County government building off Benjamin Lane in Boise, Monday, Oct. 15, 2018.

Voters hit the polling place during early voting at the Ada County government building off Benjamin Lane in Boise Oct. 15, 2018.

Voters make their choices during early voting at the Ada County government building off Benjamin Lane in Boise, Monday, Oct. 15, 2018.

Canyon County will now allow its bilingual volunteers to speak Spanish while assisting voters at the polls.

Canyon County staff previously told the Idaho Press that Spanish-speaking poll workers were not allowed to speak Spanish to assist voters. Instead, they said they encouraged voters to bring English-speaking children, spouses or friends to assist them with the voting process.

Voters are also allowed to use phones in the ballot box.

After inquiries from the Idaho Press, Canyon County officials confirmed with the state elections office Thursday there was no state requirement barring volunteers from assisting voters in Spanish at the voter’s request.

“(Poll workers) would not be prohibited from helping a voter through the voting process,” state election director Lisa Mason told the Idaho Press on Wednesday. “There’s nothing that would prohibit them from speaking a different language.”

To be clear, neither Canyon County nor Ada County is legally required to offer Spanish-language assistance or voting materials for voters.

According to a 1975 amendment to the Voting Rights Act, a jurisdiction is required to provide non-English language materials and assistance when the number of U.S. citizens of voting age in a single language group in that jurisdiction number more than 10,000, is more than 5 percent of all voting-age citizens, on an Indian reservation where that language group exceeds 5 percent of all reservation residents, or the illiteracy rate of the group is higher than the national illiteracy rate.

Right now, Lincoln County in the Magic Valley is the only Idaho county federally required to provide Spanish election information, Spanish ballots and Spanish-language assistance at polls. The federal requirements are as recent as the 2016 election, but other jurisdictions like Canyon County are expected to join Lincoln County after the next Census.

Canyon County spokesman Joe Decker said elections staff are now in the process of informing each precinct’s election judge of the changes.

“Poll workers can translate if they have the ability to,” Decker said. “For our poll workers who are able to assist with translation, they can.”

In Ada County, county clerk Chris Rich said he didn’t believe there is much of a need for Spanish translation in Ada County as there would be in other parts of Idaho. Rich also said Ada County elections staff had no way to assess the Spanish competency of their roughly 1,000 total volunteers.

“You can have a wide range of language,” Rich said. “I’d be hesitant to provide that assistance.”

Only 8.6 percent of Ada County residents reported speaking a language other than English at home, compared to 17.7 percent in Canyon County. Elections staff from both counties encouraged voters who do not speak fluent English to bring friends or family members who can help them fill out their ballot. All election information on the Canyon County Elections website is also translated into Spanish for anyone who needs it.

Kathy Griesmyer, policy director for ACLU of Idaho, said even if it wasn’t federally mandated, requiring voters to rely on spouses or young children to exercise their right to vote was placing an “undue burden” on voters.

“There are so many different types of us citizens who don’t speak English, like refugees,” Griesmyer said. “We’d like to see the state and the county take more of a proactive stance. We think the the burden should be on the counties, and we think they should include more language access for the folks who need it.”