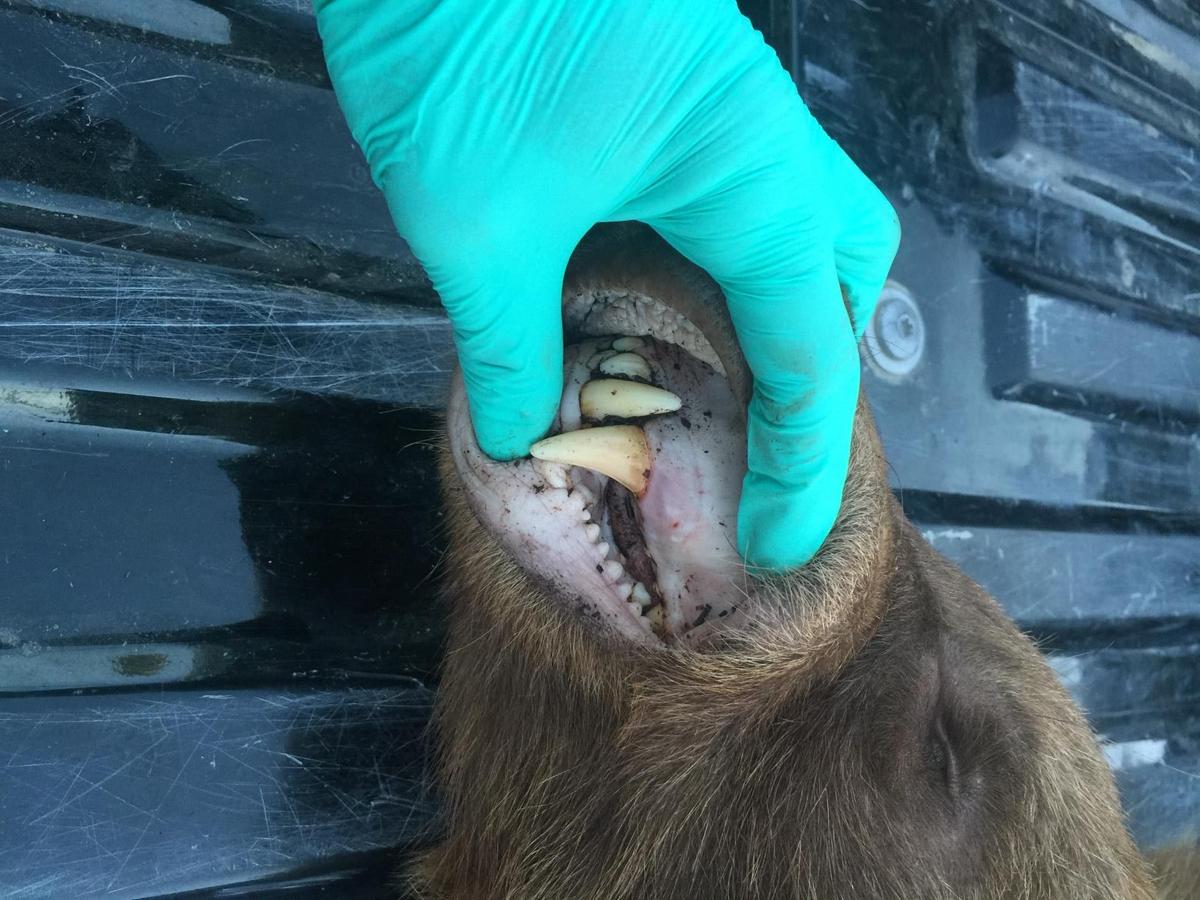 Stephen Vouch (left) Chris Campbell and Bobby Boyd fought off a black bear that attacked Vouch as he was sleeping during a rafting trip down the Salmon River last week.

Stephen Vouch (left) Chris Campbell and Bobby Boyd fought off a black bear that attacked Vouch as he was sleeping during a rafting trip down the Salmon River last week.

BOISE – When 29-year-old Stephen Vouch climbed into his sleeping bag Friday, he never anticipated being woken with a 227-pound black bear's jaws around his head.

Vouch, of Boise, and two friends had set out on a 16-day rafting and hunting trip down the Salmon River to hunt for bighorn rams. On day 14 of the trip, the men had rafted about 13 miles in one day and stopped at Sheep Creek Camp to make dinner and rest for the night.

At 2 a.m., Vouch was laying under a tarp on his left side when he felt the bear's canine teeth dig into his head and he yelled for his friends' help. When Vouch woke, the bear was standing over him “huffing and puffing.”

Vouch's friends Bobby Boyd, of Bellevue, and Chris Campbell, of Hailey, sprang into action to help him. One man shot the bear in the throat and chest with a .45 caliber handgun from about a foot away. The bear, which was measured to be 5 feet, 6 inches in size, then fled and climbed a nearby 8-foot tree.

Once Vouch collected himself, he grabbed his firearm and shot the bear again, killing it.

His friends then helped Vouch clean his wounds, which did not need stitches. Vouch said the bite did not rip back his scalp, the bear's teeth just dug in.

The men then skinned the bear and cut off its head to bring with them as they rafted the following day down to safety.

Vouch was treated and released from St. Luke's Clinic in Boise on Monday.

“It's a very humbling situation, and I feel really lucky,” Vouch said Wednesday.

Vouch has been friends with Boyd and Campbell since childhood are they are avid hunters. Because they were hunting, the men fortunately had a rifle and handguns with them.

Vouch does have a bear tag and a sheep tag to legally hunt. His friends also had hunting tags.

The bear's hide and skull was handed over to the Idaho Department of Fish and Game for testing. The adult male bear tested negative for rabies.

The Department of Fish and Game did a brain extraction to determine the bear was healthy.

Fish and Game State Wildlife Manager Jon Rachael said while bear attacks are rare, this bear may have been looking for food, saying bears often associate people with food.

“There was no actual predatory behavior,” Rachael said.

He noted that bears are intelligent, and the animal's curiosity may have also played a factor in the attack. When the bear saw Vouch's hair sticking out from his sleeping bag, it may have assumed he was another animal, Rachael said.

In the state of Idaho, there are an estimated 25,000 black bears. To prevent bear attacks, Rachael encouraged people to carry protective bear spray when recreating outdoors, to pick up any garbage and avoid leaving food unattended outside.

After the wildfire season, some bears have been seen migrating down from higher elevations into more populated areas, such as McCall.

On Sept. 2, a bear bit a sleeping firefighter in McCall, causing minor wounds. Idaho Fish and Game previously said the department had responded to multiple calls of bears in McCall, usually attributed to the availability of human food and pet food left outside.