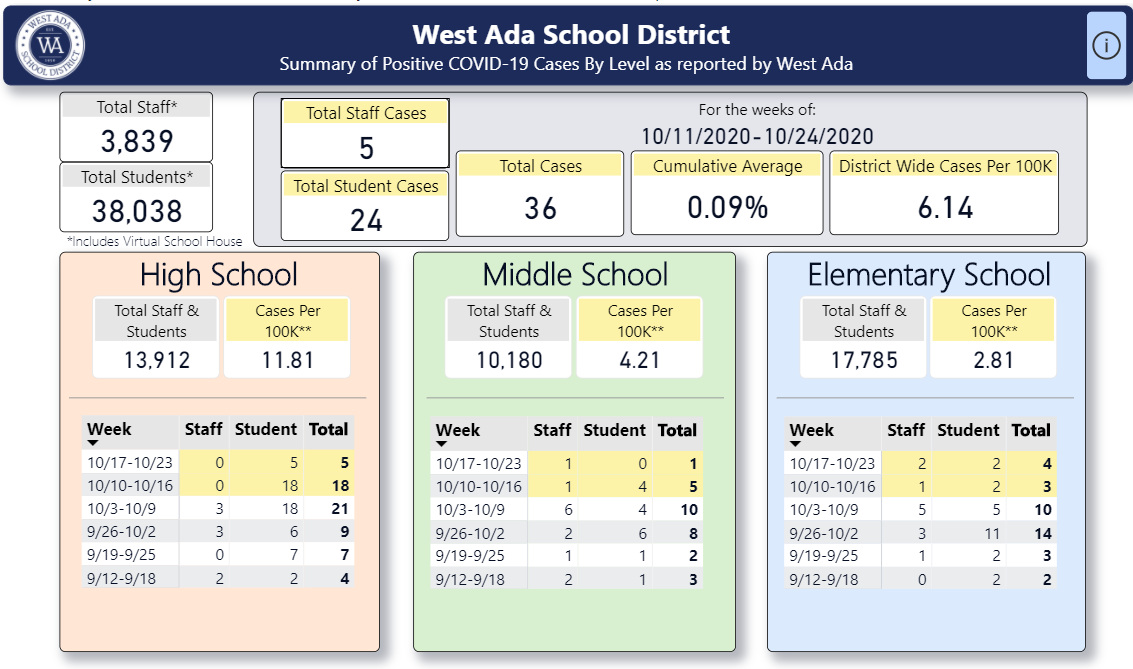 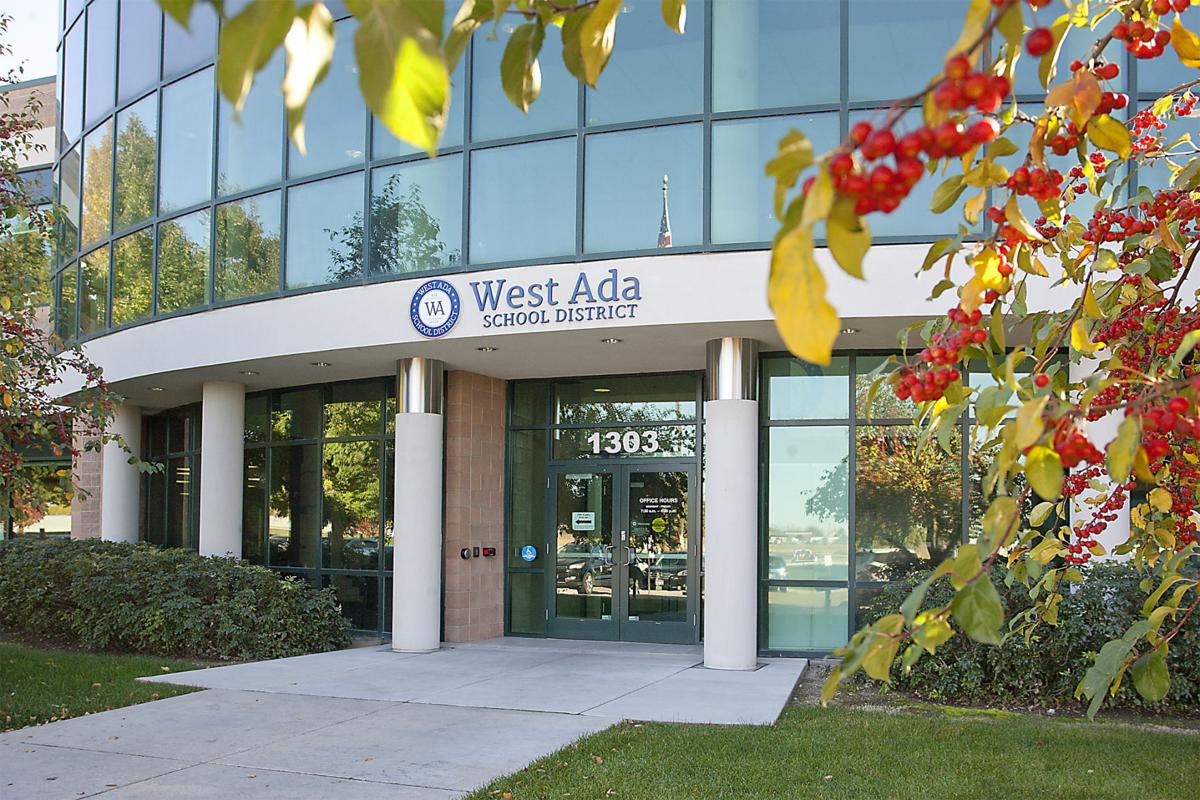 After a contentious two weeks in the West Ada School District, the district board met Tuesday night to weigh changes to its reopening plan.

School administrators proposed sending K-3 students back to daily in-person classes; the early elementary grade levels returned to an alternating hybrid schedule two weeks ago. Under the new schedule, fourth and fifth graders would attend school on an alternating schedule and grades 6-12 would attend on alternating days with all-remote learning Mondays.

The plan was created in consultation with five physicians, including Dr. Dave Pate, former CEO and president of St. Luke's Health System. It would go into effect Nov. 10 if approved.

The administrators also proposed that schools go remote based on outbreaks at individual school buildings. Further, audits would be performed on schools' compliance with safety protocols, including working with teachers whose classrooms prevent social distancing.

As of 8 p.m., the board had not started debating the proposal, and no mention was made of former Vice Chairman Steve Smylie’s resignation from the board, which was announced in the meeting agenda released Friday.

Pate opened by noting that national COVID-19 case spread is lower in schools than it is in the communities they occupy. He also pointed to data showing that younger children — especially those under 10 in the grades that would reopen daily — are less efficient at spreading the novel coronavirus, which causes the disease COVID-19. He did note, though, that teachers have told him it's more difficult to socially-distance those students.

When Trustee Amy Johnson asked, "Can we legitimately get all kids back in school safely in your opinion?"

The district's coronavirus data dashboard went live Monday, and contrary to the district’s original plans, includes those case numbers by school building. At first, it seemed like West Ada families wouldn’t be able to see how many cases had been reported in their children's schools. That issue came to a head at the district board’s Oct. 13 meeting, when district spokeswoman Char Jackson informed the board that case totals would not be published by school building, which she said was to avoid outing people who contracted the virus and triggering related privacy and legal issues.

Before that meeting, the district lagged behind some of its neighbors, such as the Boise and Kuna school districts, in publishing COVID-19 case totals by school. Administrators were slow to release case numbers for the district as a whole, too. They said they were relying on the Idaho Department of Health and Welfare to publish data, which it did earlier this month by school.

Jackson explained that IDHW’s case reporting was incorrect, in part because it counted students who contracted coronavirus while using West Ada’s online-only option, Virtual School House. In response, the district announced a dashboard without school-by-school totals. That drew criticism from Trustees Johnson and Rene Ozuna, who said that data is important for the board to make crucial decisions about the district’s plan.

While many school districts nationally have declined to report cases by school for the privacy reasons West Ada initially expressed, many have not. Johnson and Ozuna called for added transparency and reporting by school. They said that data is crucial for the board to make informed decisions about the district’s reopening plans.

The district changed its stance before the dashboard went online.

“We chose to publish after parent and staff feedback. We also consulted our legal counsel. We were assured that the methodology that we are now using for publishing meets privacy concerns for both staff and students,” Jackson wrote by email Monday.

Dashboard case numbers are also broken down between elementary, middle and high schools levels. According to the district site, numbers will be updated as information becomes available, and more data — including absentee rates and how cases in school buildings impact school operations — will be added in the coming weeks.

The new dashboard shows that from Oct. 11–24, cases were highest in high schools — 11.81 high school students per 100,000 have tested positive for the virus. That’s more than double the 4.2 per 100,000 in middle schools and over triple the 2.8 per hundred thousand in elementary schools. Meridian High School had the most cases among students and staff, 11, during that period.

After the district started the year with a week of all-online classes, it started offering some in-person classes in a hybrid model.

Since then, 129 cases have been reported among staff and students. Cases peaked between Oct. 3–9 at 41.

The dashboard is viewable on the district’s website, westada.org.