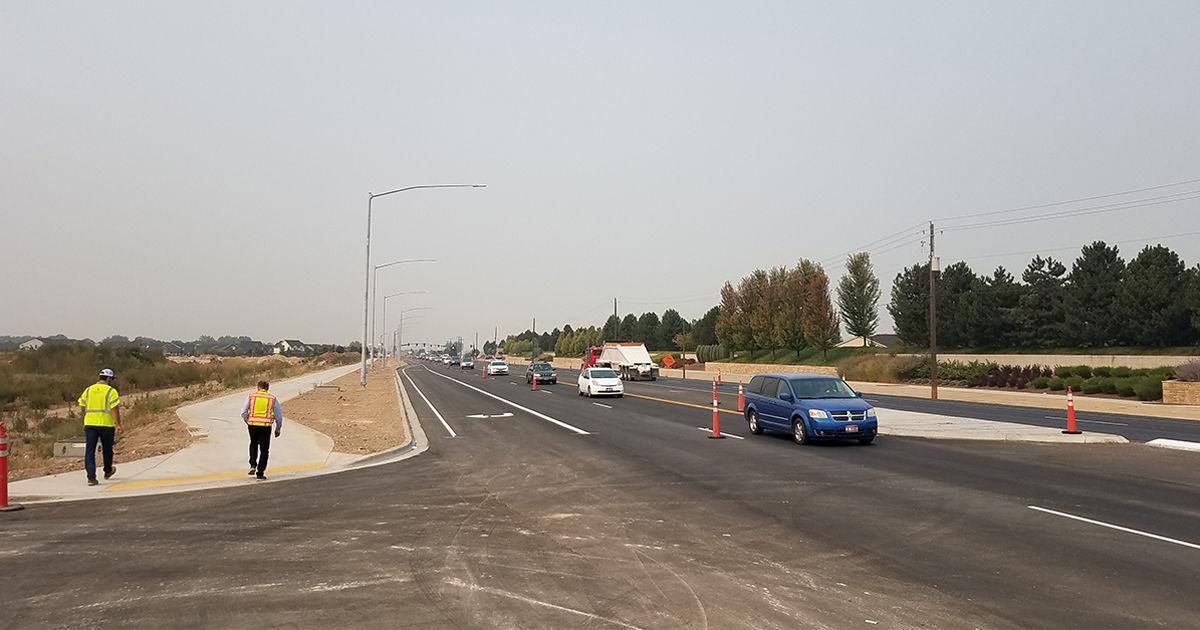 Four lanes of Chinden Boulevard from Idaho Highway 16 to Linder Road are now open, following the completion of part of a larger project to widen Chinden from Caldwell to Eagle Road.

The Idaho Transportation Department has opened four lanes of Chinden Boulevard from Idaho Highway 16 to Linder Road to traffic, completing one section of the multiyear Chinden West Corridor project.

That section of Chinden Boulevard had been under construction since last spring, widening the previously two-lane road and adding a separated path for cyclists and walkers on the road’s south side.

“Credit for this project’s success goes to the great partnership of everyone involved,” Jayme Coonce, ITD District 3 engineering manager, said in a statement. “To reach this milestone, we needed the hard work and support from the City of Meridian, the developer, the Ada County Highway District, and our contractor, Idaho Materials and Construction.”

The Chinden West Corridor project aims to eventually widen Chinden from two lanes to six from Caldwell to Eagle Road, a vision that’s unfolding through piecemeal projects as the district receives more funding, according to an ITD press release. Moving forward, added traffic delays will ensue between Locust Grove and Eagle roads as the project progresses. Meridian drivers have noticed traffic cones changing their course at the roads’ intersections with Chinden, but a new significant traffic shift will hit on Sep. 21; one through-lane will be eliminated, both east and westbound, at the Eagle intersection.

“At the east end of the ChindenWest corridor, paving operations will be occurring between Locust Grove and Eagle Road,” said Michael Lucas, ITD’s project manager for this section. “The necessary lane shift may result in increased congestion during peak drive times. We encourage motorists to consider alternate routes when possible and appreciate everyone’s patience.”

The two-mile stretch between Locust Grove and Linder roads is also being upgraded, with the bulk of construction on it slated for 2021.