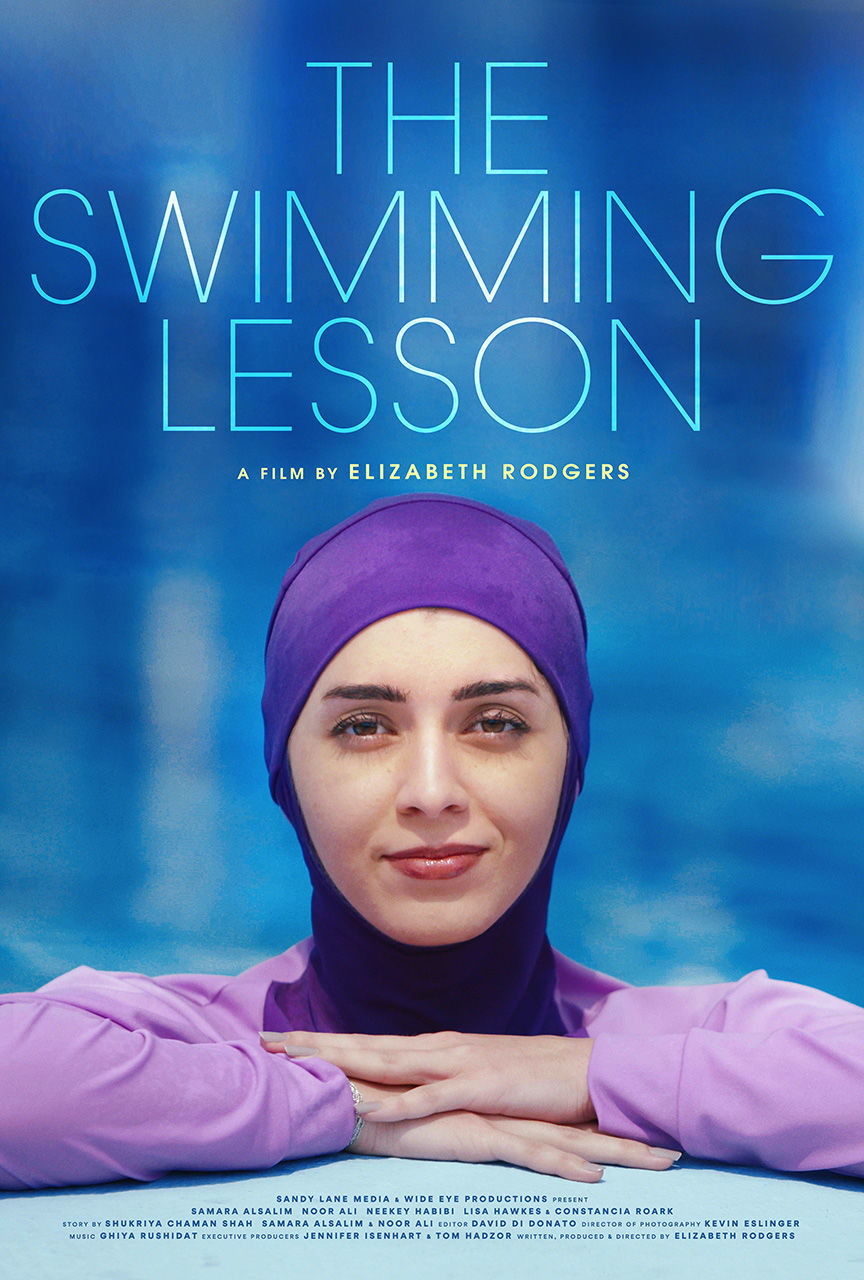 “The Swimming Lesson” is a short film by Elizabeth Rodgers about Muslim refugees’ experience swimming for the first time. 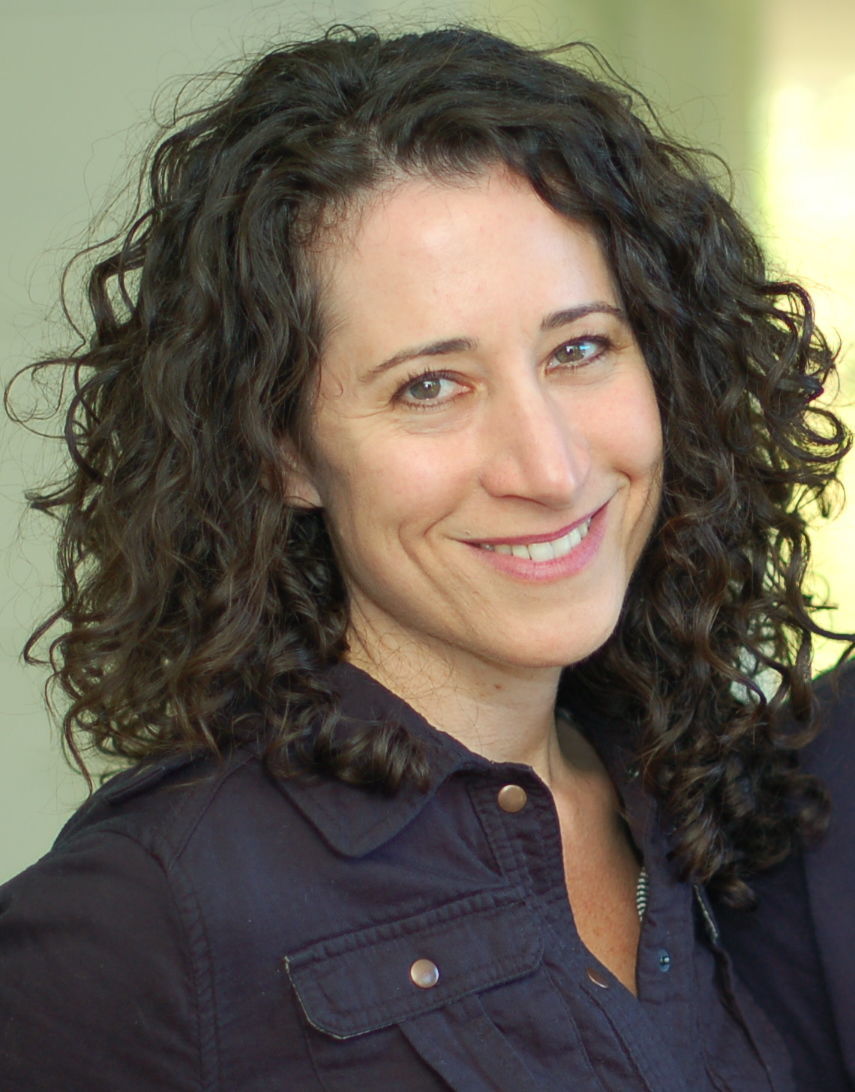 Neekey Habibi, 15, Wadha Al Ghazzi and Samara Alsalim all starred in “The Swimming Lesson,” a short film by local filmmaker Elizabeth Rodgers. The film is showing at Filmfort as part of a mixed shorts block at 11 a.m. Saturday, March 23 at the Hilton Garden Inn, 348 S. 13th St., Boise.

Syrian refugee Samara Alsalim starred in "The Swimming Lesson," a short film by local filmmaker Elizabeth Rodgers. The film is showing at Filmfort as part of a mixed shorts block at 11 a.m. Saturday, March 23 at the Hilton Garden Inn, 348 S. 13th St., Boise.

“The Swimming Lesson” is a short film by Elizabeth Rodgers about Muslim refugees’ experience swimming for the first time.

Neekey Habibi, 15, Wadha Al Ghazzi and Samara Alsalim all starred in “The Swimming Lesson,” a short film by local filmmaker Elizabeth Rodgers. The film is showing at Filmfort as part of a mixed shorts block at 11 a.m. Saturday, March 23 at the Hilton Garden Inn, 348 S. 13th St., Boise.

Syrian refugee Samara Alsalim starred in "The Swimming Lesson," a short film by local filmmaker Elizabeth Rodgers. The film is showing at Filmfort as part of a mixed shorts block at 11 a.m. Saturday, March 23 at the Hilton Garden Inn, 348 S. 13th St., Boise.

In December 2017, filmmaker Elizabeth Rodgers was looking for her next project: a story about “Boise as a welcoming city.” She had finished three micro-documentaries about Boise artists two years earlier and was now wanting to feature the stories of refugees.

After some months of searching, Rodgers connected with Christian Lim, a counselor at Borah High School, who showed her photos of swimming lessons of a group of female Muslim refugees who attended Borah.

All the students were wearing burkinis — a swimsuit for women that covers the whole body except the face, the hands and the feet.

“They were just beautiful photos with the water and (the girls) were having such a good time,” Rodgers said. “You don’t see Muslim girls or women in the water very often.”

Those photos inspired Rodgers to make a short film called “The Swimming Lesson,” documenting the girls’ experience taking a swimming lesson for the first time.

After the screening there will be a panel with Rodgers and the actors in the film: Afghan refugee Shukriya Chaman Shah, Syrian refugee Samara Alsalim, Iraqi refugee Wadha Al Ghazzi and Iranian Neekey Habibi.

After showing her the photos, Lim invited Rodgers to meet with the girls after school one day.

“They had only been in America for about a year and half at the time,” Rodgers said. “I was this very strange person coming into their midst (saying), ‘This sounds like a great idea for a movie,’ and they were like ‘What are you talking about?’ You could just see that what I was saying sounded completely foreign.”

Nevertheless, the girls told Rodgers their stories. She also interviewed the swimming teacher and the staff of Agency for New Americans, who brought the girls to the lesson.

“Then I put it all together in a script and brought it back to the girls,” Rodgers said.

Rodgers gave story credit to three of the girls who helped her write and revise the story. Two of those girls — Samara and Wadha — also agreed to star in the film.

Rodgers said slowly the girls came around to the idea of the film.

“I had to convince them that their position in our society as girls, as new immigrants, as Muslims makes it really interesting and really different than other people‘s experience and worthy of storytelling,” Rodgers said.

When a person is put in a lead role, she said, “you get to know them better.”

“As silly as it sounds, it helps you visualize it, and when you see Muslim teenage girls and they’re putting on makeup, it helps you understand that there is not a difference,” Rodgers said. “People are people, and there is a universal idea that we have these — as teenagers especially — quirks and anxieties.”

Rodgers needed one more actor, so she reached out to some friends and met 15-year-old Neekey, who moved to the U.S. from Iran about seven years ago.

Before finalizing the script, Rodgers reached out to Aheda Zanetti, the Australian-Lebanese woman who invented the burkini, to get her advice on the film.

After their conversation, Zanetti gave Rodgers the burkinis the actors would wear during the shoot.

Once the script was done, Rodgers had planned on filming in the Boise City Aquatics Center at the west Boise YMCA. The plan, however, ran into complications, so the team waited months for it to get warm enough that they could use an outdoor pool.

The team ended up waiting until August 2018 to film at the Meridian Community Pool, because the pools were so crowded all summer.

Even with the long wait, Neekey said she is glad she was a part of the film.

“It was such an amazing experience to be able to act in a film that reflects refugees and how they’re seen,” she said.

Neekey, who is Muslim, had never worn a burkini before the shoot. She said she usually wears something closer to a gymnastics suit with a T-shirt over it.

“Swimming in the burkini is so hard,” she said. “I’ve never experienced that before.”

After the screening, Neekey said she hopes viewers understand that the Muslim religion isn’t so strict that it keeps girls from having fun.

“I’ve been to a pool with one of my friends that does (wear) a burkini, and they just kind of look at her funny,” Neekey said.

She said the film allowed her to show viewers that “Muslim girls might wear burkinis but ... they can also have fun — they can be who they want to be.”

Afghan refugee Shukriya Chaman Shah wasn’t in the film, but her story was. Rodgers interviewed her and incorporated her experience coming to the U.S. in 2015 with her two sisters and learning how swim in the film.

Shukriya said she was “just so happy” when she was invited to take swimming lessons. Back in Afghanistan, she said, “there wasn’t an opportunity for girls to go to swimming” because the only pool in the area was for men only.

Shukriya said in Afghanistan she had to wear a full dress while swimming, but when she took swimming lessons the instructors gave her a burkini.

“That makes me so happy,” she said. “I loved the swimming suit.”

While she wasn’t allowed to be in the film due to personal reasons, she said when she saw Neekey’s acting, she thought, “That’s exactly what I did!”

Rodgers said the film gives the audiences a sample of the girls’ world.

WHAT: Block of short films including “The Swimming Lesson"