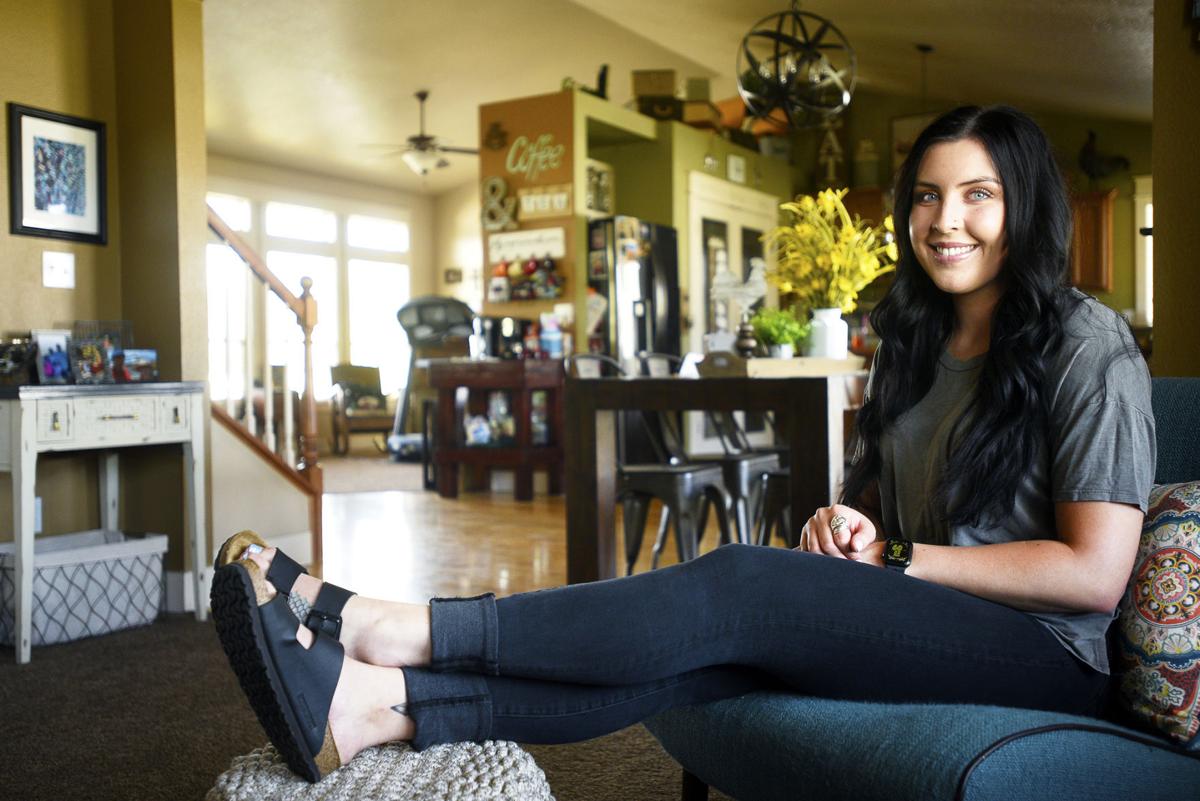 Madalyn Watt poses for a photo in her parents’ Nampa home on Friday, April 2, 2021. 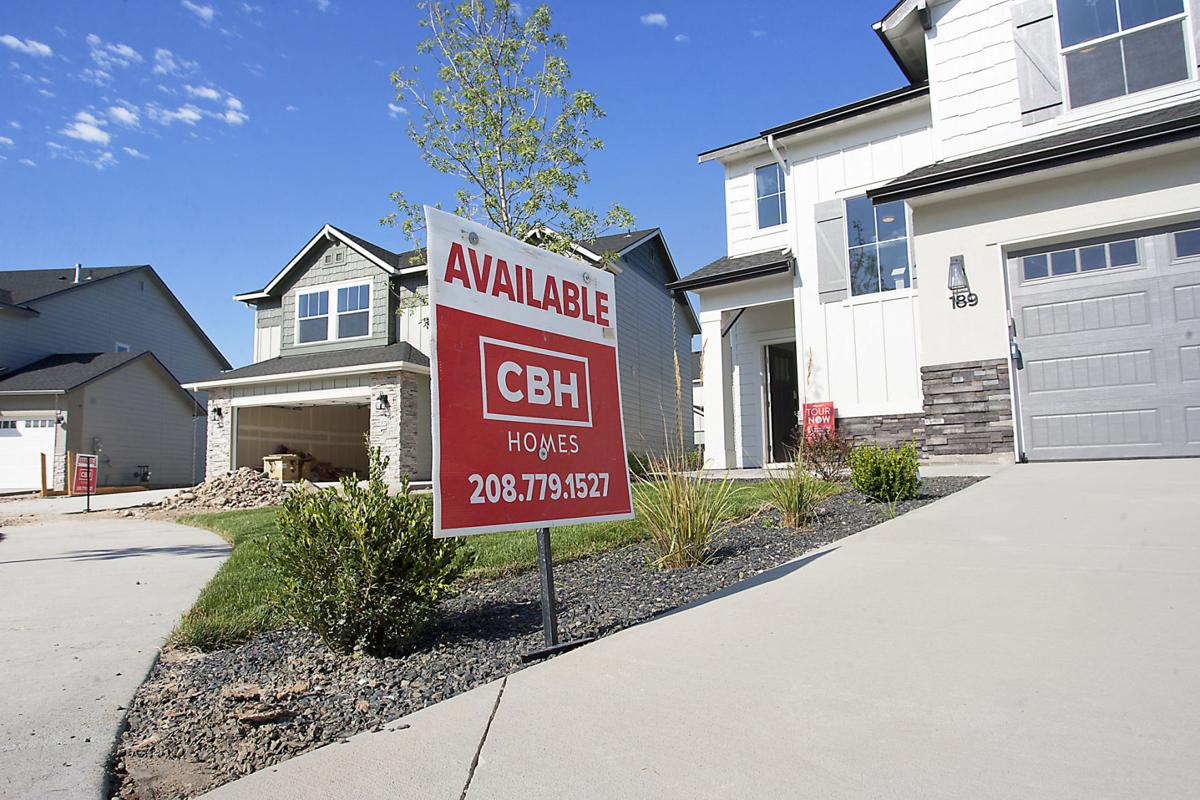 A newly constructed home up for sale is pictured in an Eagle subdivision on Aug. 6. 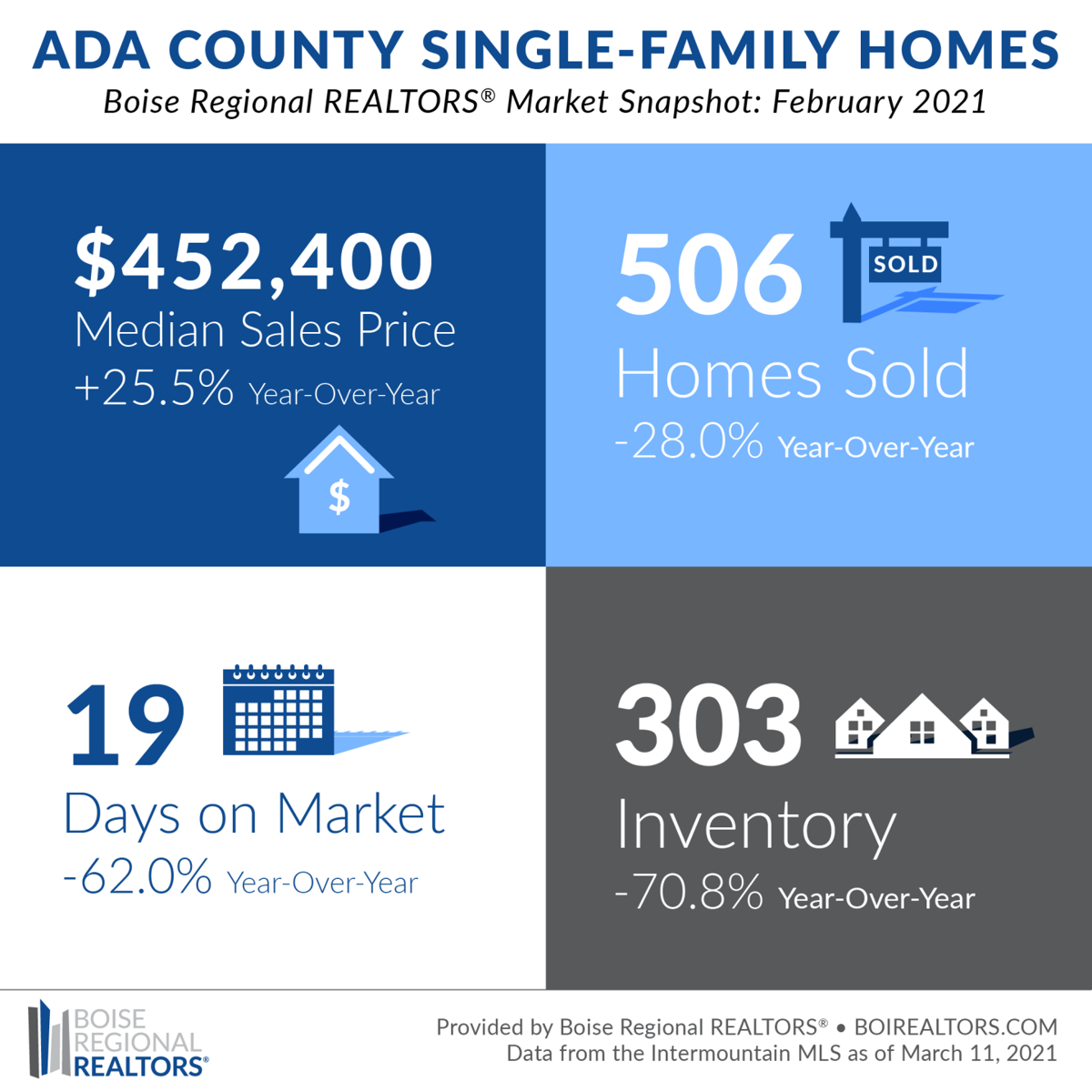 Madalyn Watt poses for a photo in her parents’ Nampa home on Friday, April 2, 2021.

A newly constructed home up for sale is pictured in an Eagle subdivision on Aug. 6.

NAMPA — There’s a house for sale here, in Canyon County’s quickly growing, largest city. Built in 1937, the 842-square-foot, two-bedroom cottage-style home, with mint green paint, white trim and a shingle roof, has “income potential,” according to the listing by Silvercreek Realty Group.

The little house is listed for $399,000 — but according to the Canyon County assessor, whose assessments usually are delayed by a year or two, it’s worth $149,400.

Madalyn Watt, a 22-year-old paramedic, last year was hoping to buy her first house, something just like that green cottage: a two-bedroom in Nampa or Caldwell, with a small yard for her dog. For the last six months she worked with a real estate agent, trying to find something in her price range, about $250,000, but the only matches were in Greenleaf, Parma or Marsing.

“Everything in my price range was falling outside where I wanted to live,” she said. “I felt like I was already having to settle on the quality of houses being sold.”

So, Watt gave up. Despite having approval for financing along with a down payment, she didn’t even get to make an offer on a house. Last week, she rented an apartment in Boise and will search again sometime in the future.

Real estate in the Treasure Valley is becoming increasingly expensive. While prices have been rising since the Great Recession caused them to plummet, another crisis, the novel coronavirus pandemic, has done the opposite, shooting up prices to record highs in early 2021.

What’s throwing the market out of whack? A simple case of supply and demand.

“We have an insufficient supply of homes compared to the people who want to buy them,” said Breanna Vanstrom, CEO of Boise Regional Realtors. “And that’s been pretty consistent, actually, since about 2014.”

A recent spike in home prices, however, can be blamed in part on the pandemic, which has driven people out of coastal, densely populated areas, inland to places such as the Treasure Valley as well as other population centers in the Mountain West. In January, the median home price in Ada County reached an all-time high at $454,000, up from about $363,000 the previous year, then dropped slightly in February to $452,000. In Canyon County, February’s median price for a single-family home jumped more than $20,000 in one month, the largest month-to-month increase since at least 2006.

“What’s shifted in the last year, and certainly the last few months, has been everything related to COVID-19 and people’s ability to work from home, work from anywhere,” Vanstrom said. “We’re seeing a lot more interest in our market since that happened.”

Treasure Valley construction companies are busy. Even as early pandemic shutdowns brought many industries to a halt, construction quickly got back to work last summer. Even so, the industry can’t keep up with demand due to labor shortages along with high land and materials costs.

The supply problem isn’t new. “One of the reasons we’ve had such a low supply of homes is following the Great Recession … we saw a lot of builders really have to pull back on construction,” Vanstrom said. “They just have not been able to catch up.”

Supply isn’t the only factor driving up prices. Near-record low mortgage rates — the average rate for a 30-year fixed mortgage was 2.73% in January, compared to 3.6% last year — make for an attractive time to finance a home. Meanwhile, competition among buyers has driven up sales prices, with many buyers offering full list prices or more. In January, the percentage of original list price paid on existing home sales was 103.5%, compared to 97.2% last year. The same month, Ada County homes spent an average of 13 days on the market, according to data from Boise Regional Realtors. That’s two-thirds less than January 2020. Inventory was down 70% in February compared to 2020.

The competition for existing homes led Meridian residents Roger and Denise Soucy to buy new construction homes — twice in the last three years. In 2018, the Soucys moved from Orange County, California, to Meridian (after a short stint in a Boise apartment while their home was under construction), where they bought a new house. Purchased for $270,000, and built by CBH Homes, the three-bedroom house had a “tremendous view of a large farm pasture and the Boise Mountains,” and the move allowed the couple to be closer to their daughter and son-in-law, a smoke jumper, who live in Boise, Roger Soucy said email.

By 2020, more of the Soucys’ family members had relocated to the Treasure Valley, and their new 1,500-square-foot home “could not adequately entertain all our local families,” Soucy said. The Soucys put their now 2-year-old home on the market and accepted a full-price offer — from California investors — the day it was listed.

They found another newly constructed home in Meridian’s Bridgetower West community — which Roger and Denise were “enamored” with — and waited another five months for it to be built. The new home is 1,000 square feet larger, has an extra bedroom and a great room for entertaining guests — it’s also located near a Walmart and new Costco.

Meanwhile, that “tremendous view” at the old home will soon be gone, as the former farmland is being developed into new homes and apartments. And new versions of the CBH Homes model the Soucys bought in 2018 are selling for more than $500,000, nearly double the cost three years ago.

“In retrospect, we are happy to say that our patience was worth the wait,” Roger Soucy said. “We intend and hope that this latest move will be our final one.”

Good News Realty Group, a Boise-based firm, has a blog on its website titled ”Relocating to Idaho” that details things people should know before moving here from out of state. Joshua Connell, a real estate agent with the group, said the majority of out-of-state clients are coming from California, Oregon, Washington and Texas. Migration picked-up last spring following COVID-19 lockdowns, he said.

The newcomers are attracted to Idaho for its schools and conservative values — such as the freedom to choose whether to vaccinate their children — and its open spaces, Connell said.

“For the most part, it’s schools and the difference in freedoms here and the better lifestyle,” he said. “It used to be housing was cheaper, but the gap is starting to close.”

A report by Realtor.com collected county-by-county data on which non-local markets are driving the most online traffic for real estate listings. It found that 64% of web views on Ada County homes were from out-of-state. The top non-local markets were Los Angeles and Orange counties in California followed by King County, Washington (home to Seattle). Canyon County had similar results among non-local markets — most were California — but another stands out: Essex County, New Jersey (home to Newark).

Rents in Boise jumped 12.4% from January 2020 to January 2021, according to a study released this year by Apartment List, a listing site and market researcher. Boise’s median rents increased from $931 to $1,047 year-over-year, while median rents climbed to $863 for a one bedroom and $1,024 for a two bedroom.

Selling for less than a house is worth seems to be a rare occurrence in the current market. More common are bidding wars — some homes sold for more than $100,000 asking price — waived appraisals and inspections, homes purchased without a second look and with cash, or, at least, hefty down payments.

Nampa Association of Realtors President Steve Cordell recently told the Idaho Press 20% to 30% of homebuyers have been paying cash, which is much more than he’s used to.

“It’s just like every day is a new surprise,” Cordell said. “I would think there’s got to be some kind of a leveling off point, but I’ve been thinking that for the last few years.”

Will prices level off any time soon?

“Everyone wants to have access to that magic 8 ball that no one really has access to,” said Jeff Wills, a real estate agent and president of Boise Regional Realtors. “A lot of people like to try to equate the previous downturn to what our current market is experiencing. Unfortunately or fortunately, however you want to look at it, the statistical evidence around the two are way different.”

The solution to balance this market is more supply, Vanstrom said — and not just in the Treasure Valley or Idaho but across the country.

“Whether that’s new construction or existing homeowners looking to move or even more rental properties, as well, we need more supply in all price lines, all property types, to meet the demand that’s out there right now,” she said.