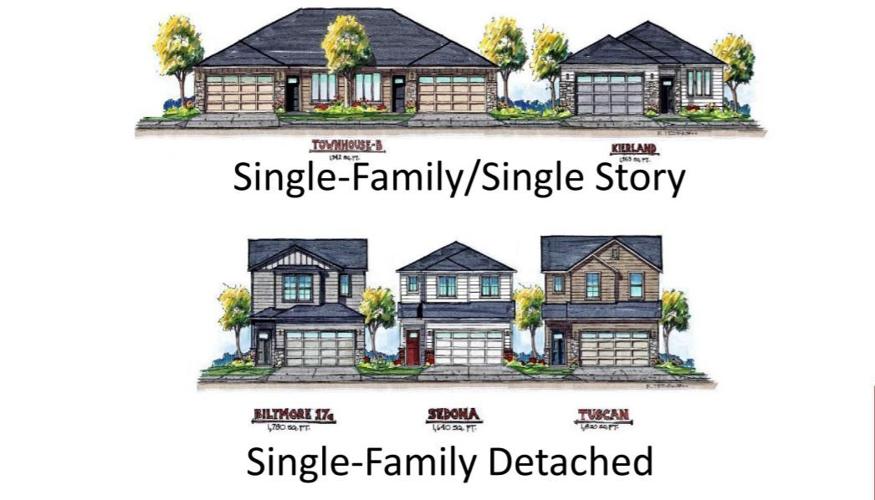 Renderings illustrate townhouses planned for the Delano subdivision, a 19-acre and 181-unit development on the border between Meridian and Boise. 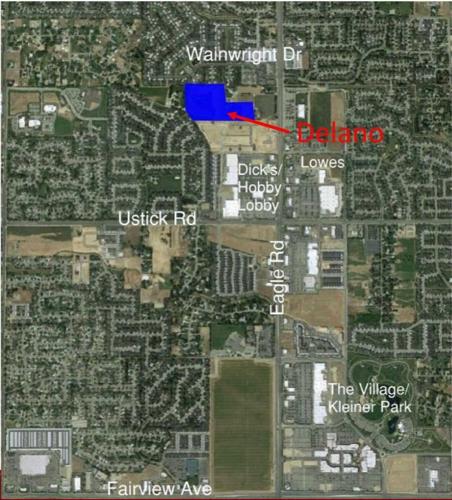 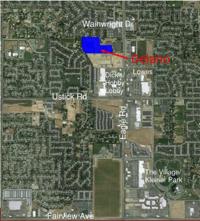 A map shows the location of the Delano subdivision, a 19-acre and 181-unit planned development on the border between Meridian and Boise.

Renderings illustrate townhouses planned for the Delano subdivision, a 19-acre and 181-unit development on the border between Meridian and Boise.

A map shows the location of the Delano subdivision, a 19-acre and 181-unit planned development on the border between Meridian and Boise.

MERIDIAN — After more than a year of public hearings, debate, legal wrangling and, ultimately, compromise, an infill development on the border of Meridian and Boise was approved for city permitting last month by the Meridian City Council.

Delano, a planned subdivision with more than 60 single-family homes and a few dozen multifamily units near the intersection of Eagle and Ustick roads, was fiercely opposed by neighbors during public hearings, which began last spring and concluded on July 28. Ten public hearings were scheduled over 15 months.

“This has been run through the ringer in every sense of the word,” said Hethe Clark, an attorney at Clark Wardle, who represents the developer, at a July 28 hearing. “I’ll proudly admit that I’ve never been through as many hearings on an infill project as this one, and I haven’t even been to all of them.”

An infill development is one that uses vacant or underutilized land in a developed area.

DevCo Development filed an application for the development in the spring of 2019. After the first public hearing with the Meridian Planning and Zoning Commission was continued, the commission recommended city council deny the application, due to several factors, including inadequate density transition and traffic concerns.

Neighbors, primarily from Alpine Pointe, a low-density neighborhood north of Delano, opposed the development from the beginning. Hundreds testified, signed petitions and wrote letters to elected officials, asking them to deny the application, due to the increase in density compared to the surrounding area and an influx of traffic Delano would bring.

Of particular concern was the developer’s plan to extend North Dashwood Place, a cul-de-sac, into a through street, connecting it to West Wainwright Drive to the north. While another street, North Centrepoint Way, which would run through Delano, likely will be connected to Wainwright in the future, the extension hasn’t been scheduled. Therefore, extending Dashwood would make it a de facto collector street, neighbors argued, not only for Delano residents but for residents of the recently constructed Brickyard apartments, located south of the Delano site.

Malissa Bernard, a representative of Alpine Pointe’s homeowners association, told the city council last year that Delano is one of several planned infill developments that will bring high-density housing to dozens of acres south of her neighborhood.

“This application is just part of the problem that’s coming to us in the future,” she said. “Not only is this application going to bring future traffic — it’s also going to stress Wainwright, as people try to seek a way east-west, north-south. It seems like our neighborhood is bearing the brunt of some poor planning because we’re the ones that are primarily going to be carrying most of the traffic.”

On Nov. 12, the city council held a contentious public hearing on the Delano application. Two of DevCo’s three requests were remanded, or sent back to the Planning and Zoning Commission for another hearing following changes requested by the council.

Later that month — now half a year into the permitting process, with little to show for it — DevCo transferred the development rights to another company, Boll Cook Investments.

Boll Cook adjusted plans to appease council members and neighbors. The number of homes was reduced from 85 to 66; building density along the northern border of the site, which connects Delano to the neighborhood to the north, was reduced; and building elevations were lowered.

While the planning and zoning commission recommended approval after an April hearing, the city council — now a different council than the one that remanded the project in November — denied the application on May 12. The Dashwood extension remained a major obstacle.

The denial signified a victory for the neighbors and an end to a yearlong permitting process.

But then, Clark, the applicant’s attorney, filed a request for reconsideration. Council members on May 12 did not address specific concerns about the project while the public hearing was still open, Clark argued. As such, the applicant did not have an opportunity to respond and propose changes before a decision was made.

On June 9, the council approved the request for reconsideration and a date was set for the 10th public hearing.

On July 28, Clark proposed a new plan. It added a fourth building phase to the project, which included seven homes on the northern edge of the site and the Dashwood extension. Phase Four would not initiate, according to a proposed agreement with the city, until North Centrepoint Way was extended, to provide a north-south connection to Wainwright. Dashwood would become bicycle- pedestrian- and emergency vehicle-access only.

Clark argued, from the beginning of the permitting process, that Delano would not cause a traffic problem. He pointed to traffic studies, conducted by the Ada County Highway District, that showed Centrepoint and Dashwood would both be at about 60% capacity or less at full build-out of Delano.

Neighbors were not persuaded, by the traffic studies or the Phase 4 compromise.

Bernard said at the July hearing the only way she would support the subdivision is if Dashwood were closed to non-emergency vehicles “in perpetuity.”

“Think about the logic of that,” she said.

Council members agreed with that logic.

Councilwoman Liz Strader said she believes interconnected neighborhoods are “safer, healthier neighborhoods,” but “I don’t define interconnection as sending a bunch of cars through a neighborhood that will already be well-served by vehicular access.”

“We need to put the neighbors out of their misery with hearing this endlessly and just put it to bed,” she said.

The council voted 5-1 to approve the subdivision. The sole ‘No’ vote was Council President Treg Bernt, who opposed the development from the start, and held steadfast to the end, saying traffic from Delano would cause safety problems. The Dashwood compromise doesn’t solve the traffic issues that having just one access point to Delano would create, he said.

“There’s going to be a heck of a lot of cars going in and out of that subdivision, especially when the multifamily project goes in,” Bernt said. “Seeing a lack of connectivity in other areas of our city and the problems that it creates is, in my opinion, a big deal. I was elected by our constituents to keep neighborhoods safe, as well. That’s one of our No. 1 responsibilities.”