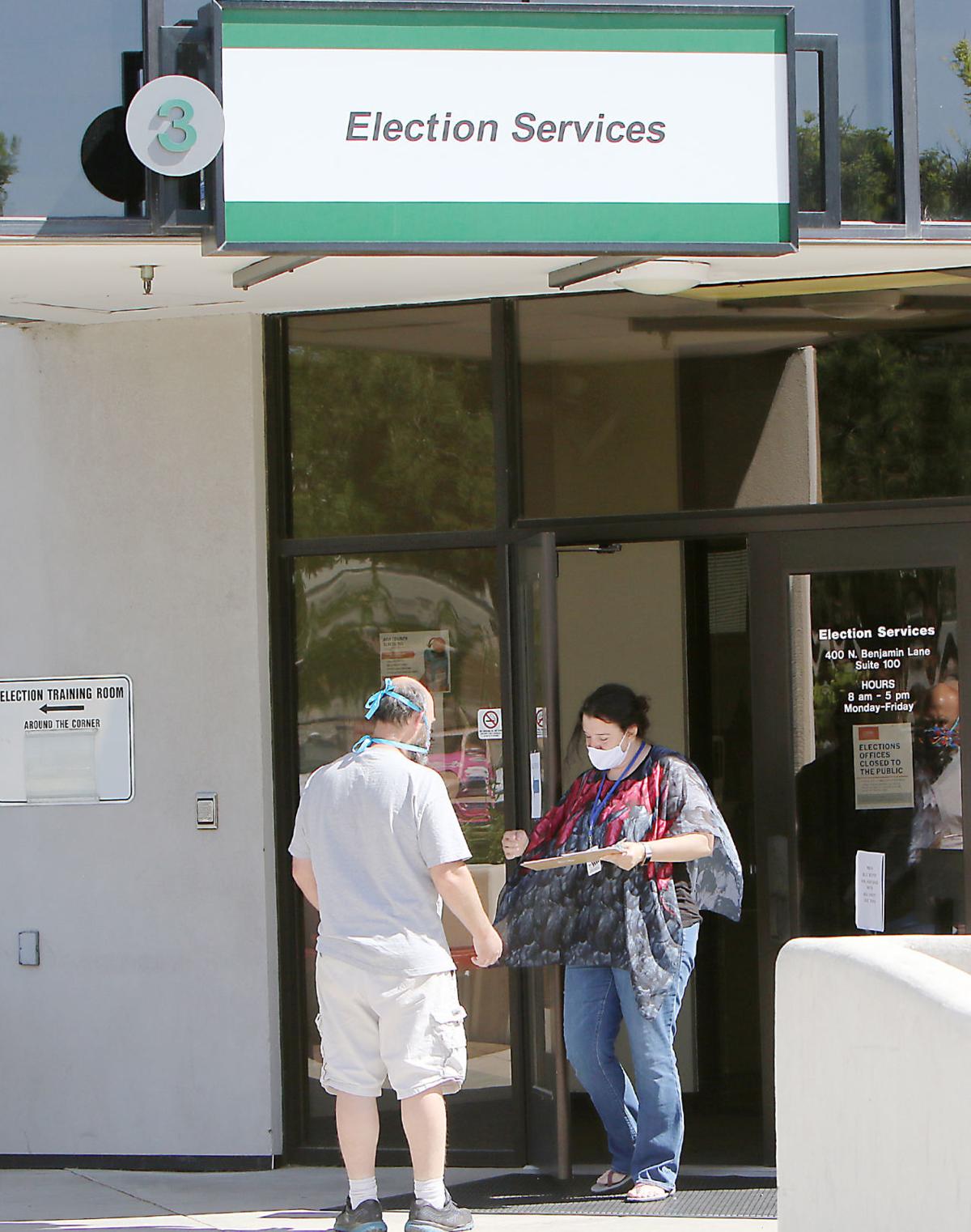 A voter is assisted outside the Ada County Elections office, Tuesday, June 2, 2020. 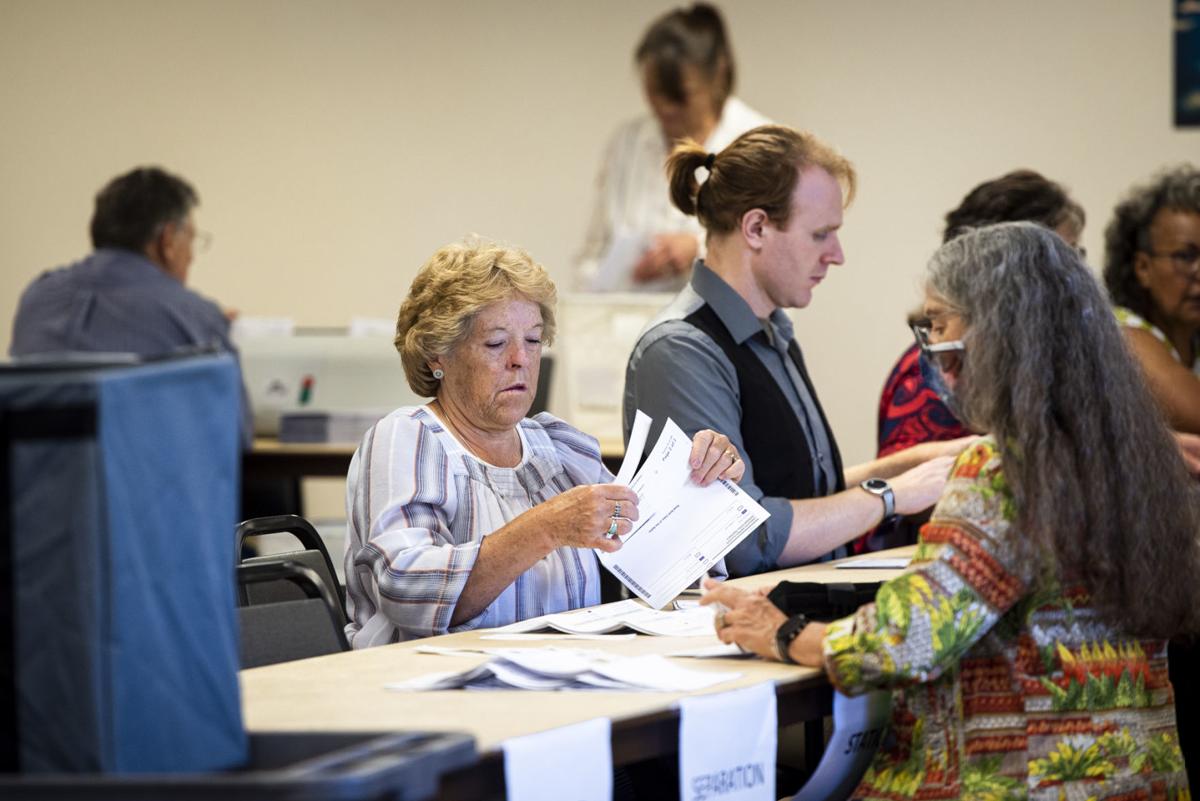 A voter is assisted outside the Ada County Elections office, Tuesday, June 2, 2020.

Once the ballots were counted Tuesday for the state’s first all-absentee ballot election, the numbers showed historic turnout in an Idaho primary election.

More than 328,000 Idahoans, or about 39% of registered voters, cast a ballot in the 2020 primary, according to unofficial results on the Idaho Secretary of State’s website, which showed 96% of counties reporting results by Wednesday afternoon.

It’s the largest participation ever in a statewide primary election, which is partially due to population increase. But the 39% participation represents the highest turnout by percentage of registered voters since 1980, when 41% of voters cast primary ballots.

“It was impressive to say the least,” said Ada County Clerk Phil McGrane in a phone interview Wednesday. “For a primary election, it was great. Obviously, 36%, there’s still a lot of room for improvement, but we saw a lot of participation in this election.”

“I think everyone is relieved to have the election behind us,” McGrane said. “This was a giant undertaking, to switch to an all-mail election. I think we’ll learn quite a bit. Now there’s a chance to take a deep breath and hopefully recuperate, and already the question I’m getting is, ‘What is November going to look like?’”

Two weeks ago, when roughly 429,000 voters had requested ballots for the primary, election experts couldn’t provide a definitive answer for why so many people were engaged in this primary. The particulars — the first mail-in election, featuring few high-level competitive races, during a worldwide virus pandemic — pointed to potentially a low turnout.

The opposite came true.

Idahoans may look to the successful turnout in this election and wonder whether future elections could by held by mail; up next is the general election in November, which will include presidential candidates. One of those candidates has already expressed doubts about the integrity of mail-in elections.

“There is NO WAY (ZERO!) that Mail-In Ballots will be anything less than substantially fraudulent,” President Donald Trump tweeted on May 26. “Mail boxes will be robbed, ballots will be forged & even illegally printed out & fraudulently signed...”

McGrane previously told the Idaho Press elections officials have “done a lot in terms of quality control.” They verified signatures on every absentee ballot with signatures on voter registration cards. Those officials were trained by law enforcement on signature evaluation, he said. And after 5,000 ballots had to be reissued to Ada County voters, McGrane said the county had a system in place to ensure duplicate votes wouldn’t be counted in the event those voters submit both the old and new ballots.

When Idaho Secretary of State Lawerence Denney announced in April that the primary election would be absentee-only — a decision ultimately made by Gov. Brad Little — Denney said “it was simply not safe for voters, election workers or the larger community” to hold in-person voting.

“Having Idahoans request an absentee ballot and vote at home will protect the health of Idahoans, slow the spread of COVID-19, allow the election to move forward as scheduled and ensure that everyone can still exercise their right to vote,” Denney wrote in a news release.

While cases of COVID-19 have dropped significantly since that decision, Idaho health officials have warned that a second spike in cases will likely emerge as businesses begin to reopen.

As for the November election, Jaclyn Kettler, assistant professor of political science at Boise State University, said there are “a lot of questions of what will happen in the fall.”

“This is in some ways kind of a trial run to see what happens,” she said of the May primary. “How does it work? Is this feasible to do? What do people think about it? Because we just don’t really know when the second or third round of COVID-19 might hit and whether or not we can carry out the general election as planned.”

While elections are administered by states, not the federal government, some officials in Washington, D.C. — particularly Democrats — are encouraging states to consider mail-in voting in the fall, Kettler said.

“States should rightly be concerned if they would be told from a national level what to do,” she said. “But I think it would be smart for states to start planning now on what happens if there might be questions about the general election.”

McGrane said he doesn’t expect the general election in Idaho will be absentee-only.

“Generally speaking, (in) the Legislature, there’s a contingent who want to have polling places,” he said. “My gut says it will be some sort of hybrid of the two: that we will have polls but we will also have mail.”

The general election likely will be a “hybrid” because a high rate of voters who requested absentee ballots in the May primary at the same time requested absentee ballots for the November election, McGrane said. In Ada County, three-quarters of ballot requests included a general election request as well, and that rate is likely about the same throughout the state, McGrane said.

“We’ll issue over 70,000 mail ballots (in Ada County) just at the get-go come November, and I suspect it will go up even more,” he said. “It will probably all depend on: What’s the health of the community at that point in time?”