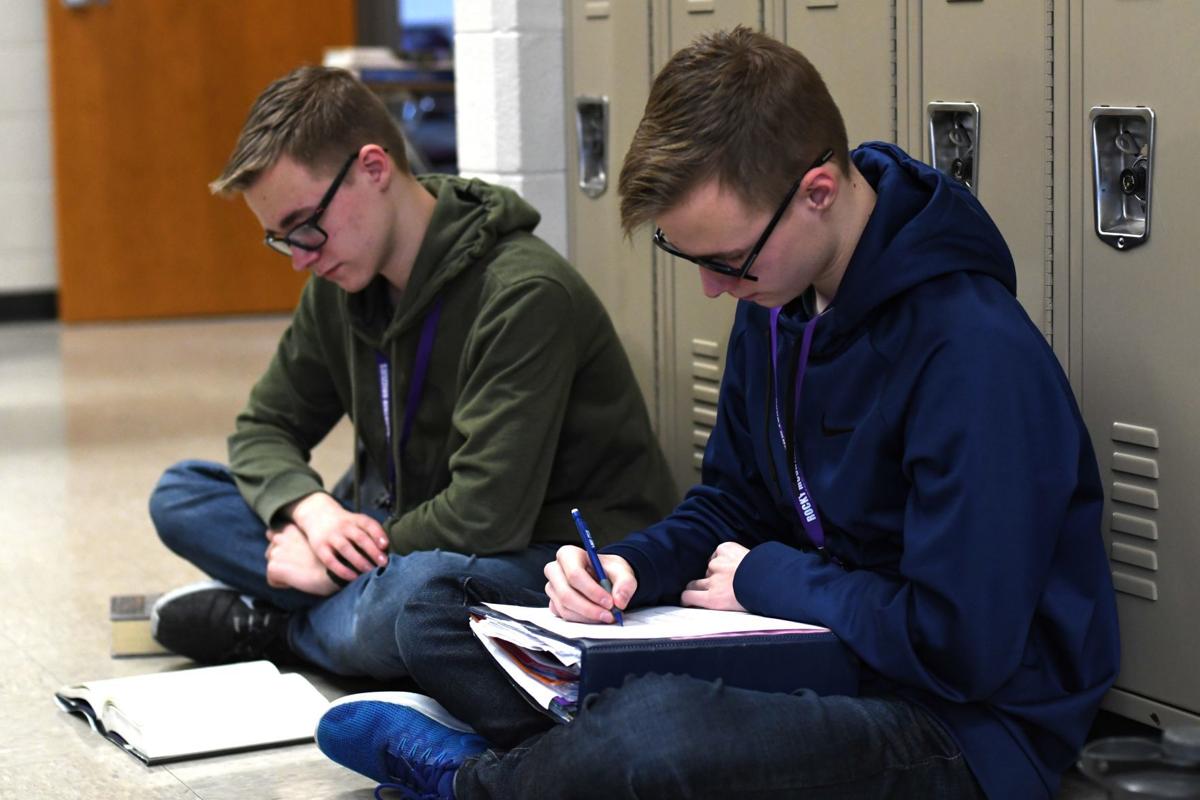 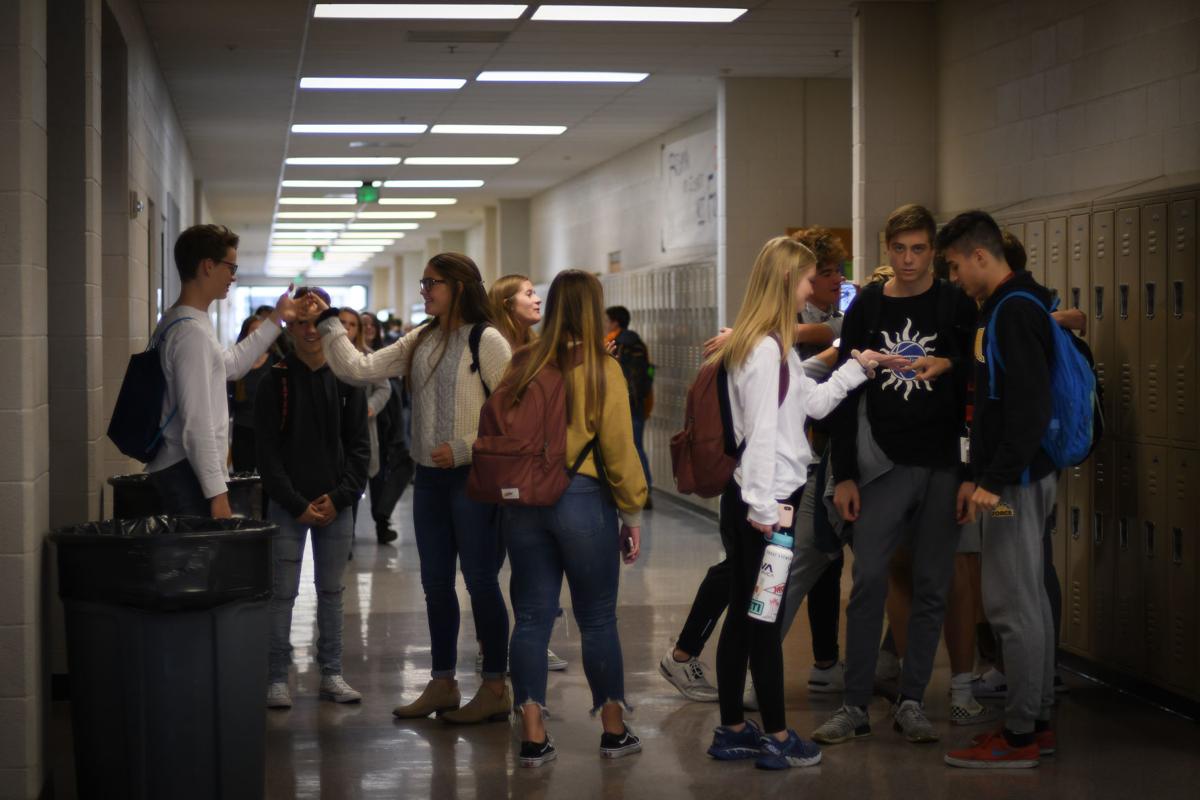 Rocky Mountain High School students talk in the hallways of the school’s first floor in November 2018. 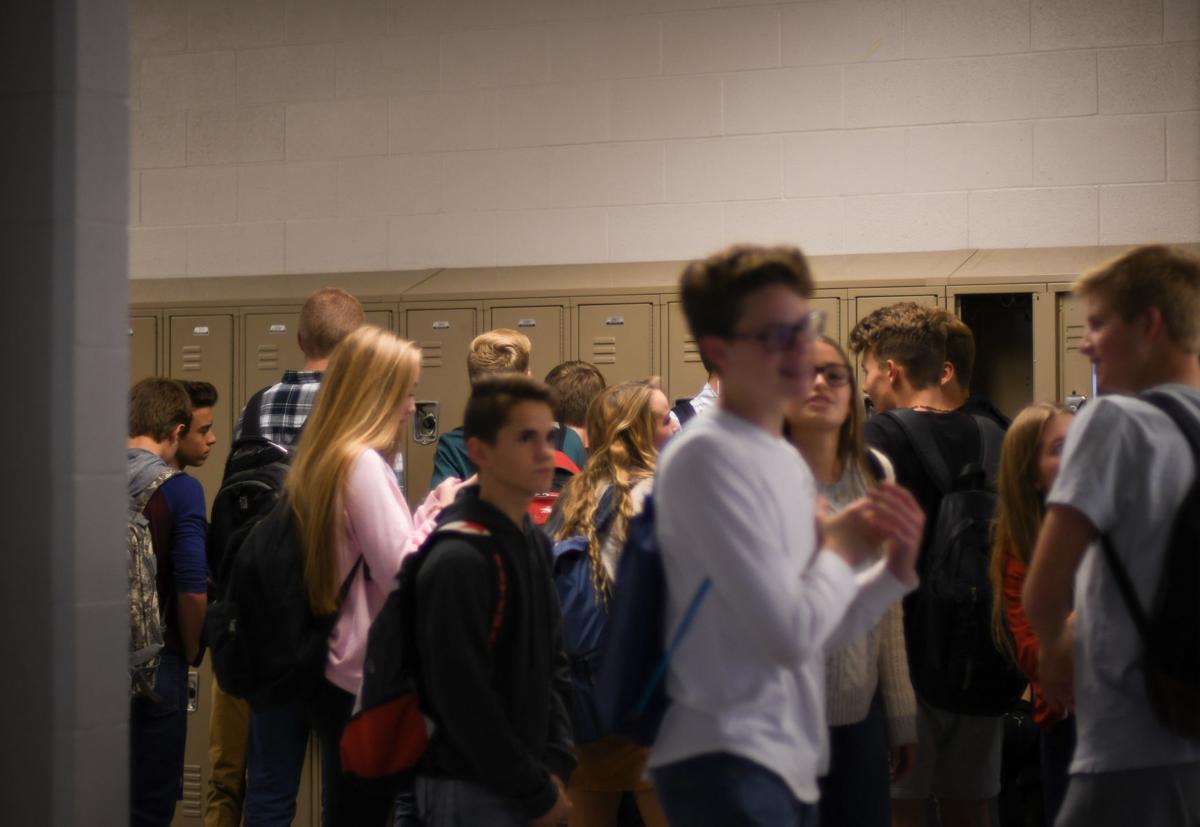 Students crowd around lockers in the hallways of Rocky Mountain’s first floor in November 2018. 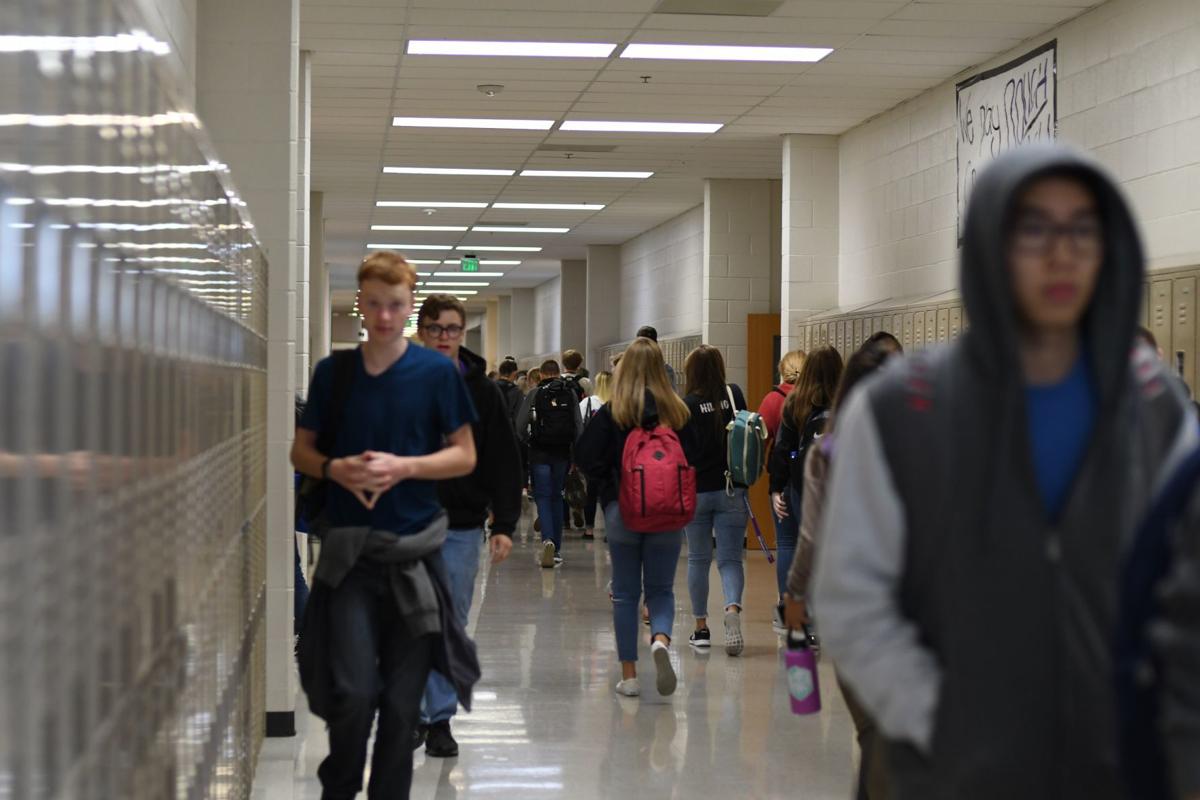 Students exit their classes on the second floor of Rocky Mountain High School on Nov.1, 2018 after the last period of the day ends.

Rocky Mountain High School students talk in the hallways of the school’s first floor in November 2018.

Students crowd around lockers in the hallways of Rocky Mountain’s first floor in November 2018.

Students exit their classes on the second floor of Rocky Mountain High School on Nov.1, 2018 after the last period of the day ends.

MERIDIAN — Before the 2008 recession, the West Ada School District would enroll an average of 1,000 new students a year, with 60-70% in elementary school.

A decade later, that trend has reversed — with the majority of students now enrolling in middle and high school.

With four of the district’s five major high schools, and six of the nine middle schools, overcapacity, the influx of older students puts a strain on the district’s already crowded facilities.

“We plan for enrollment increases every year,” district spokesman Eric Exline said. “It becomes that much harder to plan at the secondary level.”

That’s because middle and high schools require more land, time and money to build. The process, including going out for bond approval from voters, can take two to three years, Exline said.

If voters approve a bond to pay for a new high school, he said, “you still have a three-year window of a bunch more kids before you can get that school open.”

It costs roughly $16 million to build an elementary school, compared with $30 million for a middle school and $60 million for a high school, Exline said.

West Ada enrolled roughly 3,300 new students this year. Only 42% were in elementary school, compared to the pre-recession trends of 60-70%.

The grades with the highest new enrollment were:

To plan for growth, Exline tracks the number of preliminary plats — or home sites that have been planned to be built — in the district’s boundaries.

There are over 2,000 preliminary plats in the areas of Eagle, Star, Meridian, Kuna and Boise that the district covers, he said. From January to September, the city of Meridian alone approved 2,204 new residential permits, according to the city’s website.

Exline said he noticed the district was getting more enrollment in middle and high schools two or three years ago. He’s not sure what’s causing the shift. He thought maybe it was the rising home prices, making it more difficult for younger families to buy a house in the district, as opposed to more established families with older children. In June, median home prices in Meridian were $10,000 to $50,000 higher than a year prior, depending on the area of town, according to Intermountain Multiple Listing Service.

Exline also explored the idea that growing charter school enrollment plays a role, as there are a number of charter schools that only offer elementary grades.

At the end of the day, though, Exline said it’s hard to nail down what is causing the shift.

Numbers as of Sept. 17, provided by Eric Exline