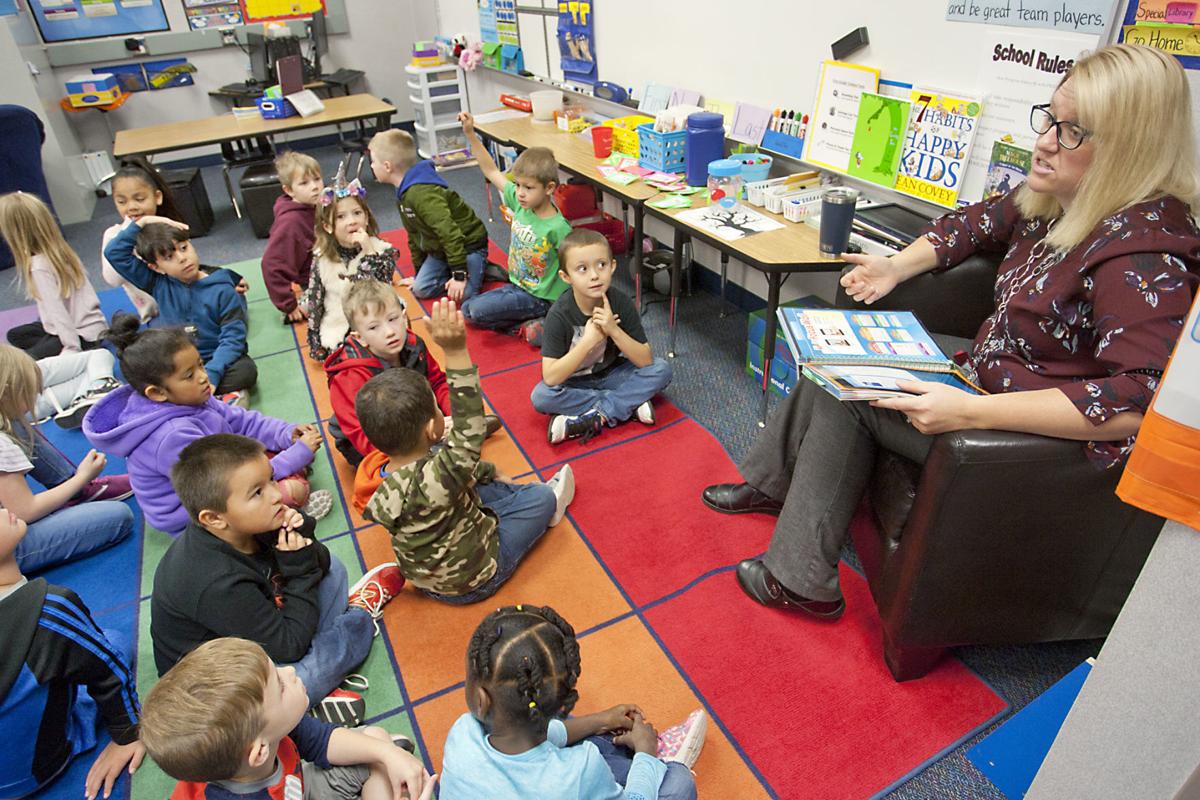 MERIDIAN — The West Ada School District will need to significantly reduce costs next year, after voters shot down a supplemental levy in the primary election while the state plans for reduced education spending, leaving a potentially $25 million hole in next year’s budget.

The two-year, $14 million per year failed levy, which received 46% support but needed a simple majority to pass, along with a proposed state funding holdback amounts to a 10% loss in funding for West Ada, the state’s largest school district, spokesman Eric Exline told KTVB.

“We are looking at some significant budgetary problems for next year,” Exline said.

Gov. Brad Little last month sent a memo to Idaho school superintendents outlining plans for a likely 5% budget cut next year, Idaho Education News reported. But the governor’s budget director, Alex Adams, told the Idaho Press the needed reductions throughout the state budget likely will be much larger — between 8.6% and 14.4%.

West Ada asked voters to renew the $14 million levy for the fifth time since 2012. In 2018, the last time it was renewed, nearly 69% of voters supported the levy, which accounts for about 5% of the district’s general fund and covers operational costs, such as salaries and benefits. But this election, amid a nationwide economic downturn caused by the novel coronavirus pandemic, the levy failed to reach a simple majority by more than 1,700 votes.

“It’s disappointing,” Ed Klopfenstein, chairman of the West Ada school board of trustees, told the Idaho Press. “It’s just a crazy time right now with the economic situation and Covid. It makes for a very difficult environment to pass a levy.”

Klopfenstein said the district is considering several scenarios to respond to the lost funding. One option is to dip into a rainy day fund West Ada has built up since 2011, the last time a supplemental levy failed. The fund now has about $27.8 million.

“There’s no sugarcoating this. It’s definitely going to be a difficult situation,” he said. “The loss in 2011 and the Great Recession definitely had a continuing impact on school revenues and school funding. We wanted to correct that, and we’ve been building up a fund since. We were just about ready to be quite solvent as a school district, and now this happened.

“We have a rainy day fund. It’s raining, so we’re dipping into that fund,” Klopfenstein said.

Exline told KTVB that cost-cutting could result in a reduction in salaries and school days, among other things. Exline said there are two potential downsides to the failed levy: larger class sizes and a shorter school year — “which means less pay for employees, but it also means less days in a classroom for kids, which is probably our biggest concern,” Exline said. “We pride ourselves on doing the most with the least, and West Ada will figure out a way to continue to do that.”

Eric Thies, president of the West Ada Education Association, a teachers union, told the Idaho Press cutting $14 million out of the already-strapped school system’s budget “is going to hurt.”

“There’s just no way left to cut our budget that isn’t going to affect student learning,” Thies said. “That’s the part that we’re struggling with the most. Do we not buy new textbooks?”

The district could re-run the supplemental levy as early as August, a move Klopfenstein said he would support. State lawmakers this year tried to limit school districts’ ability to re-run levies and bonds, with legislation from Rep. Wendy Horman, R-Idaho Falls, and Sen. Lori Den Hartog, R-Meridian. HB 393 sought to limit school bond and levy elections to November general and May primary elections. The bill passed the House but never had a hearing in the Senate.

“I can see there might be some angst about it,” Klopfenstein said about re-running the levy. “The challenge, though, is … we’re talking about cutting to the bone. If there is a possibility that voters might be able to give us another look and be able to support the case in this next round in August, I think it’s worth a try.”

The West Ada School District has more than 40,400 students and a budget of nearly $550 million.

Moving forward, Klopfenstein said the district should do a better job communicating to voters the value of the school district along with its efforts to reduce costs to taxpayers. This year, West Ada reduced its total levy rate by about $60 per $100,000 of taxable property value. The district also decided not to ask this election for a $69 million facilities bond due to the economic impact of the coronavirus.

Klopfenstein said many of the ‘No’ votes on the levy were from West Ada patrons who live in the northernmost and southernmost parts of the district.

“There’s a demographic change within West Ada,” he said. “We’ve been growing very fast, and we’re getting a lot of retirees. There’s some communication we need to do with folks who are patrons but not parents. We need to reach out and let them know that a strong community is a strong school district — they’re the same.”

The head trustee said the school board remains hopeful, despite the levy failure and potential funding holdbacks.

“I don’t think there’s anyone on the board who isn’t hopeful that we’ll be able to find our way out of this,” Klopfenstein said. “I think also the community will be able to build itself back up from the economic loss and Covid.”

Editor's note: This story has been updated to correct Trustee Ed Klopfenstein's title. He is the chairman of the West Ada board of trustees.