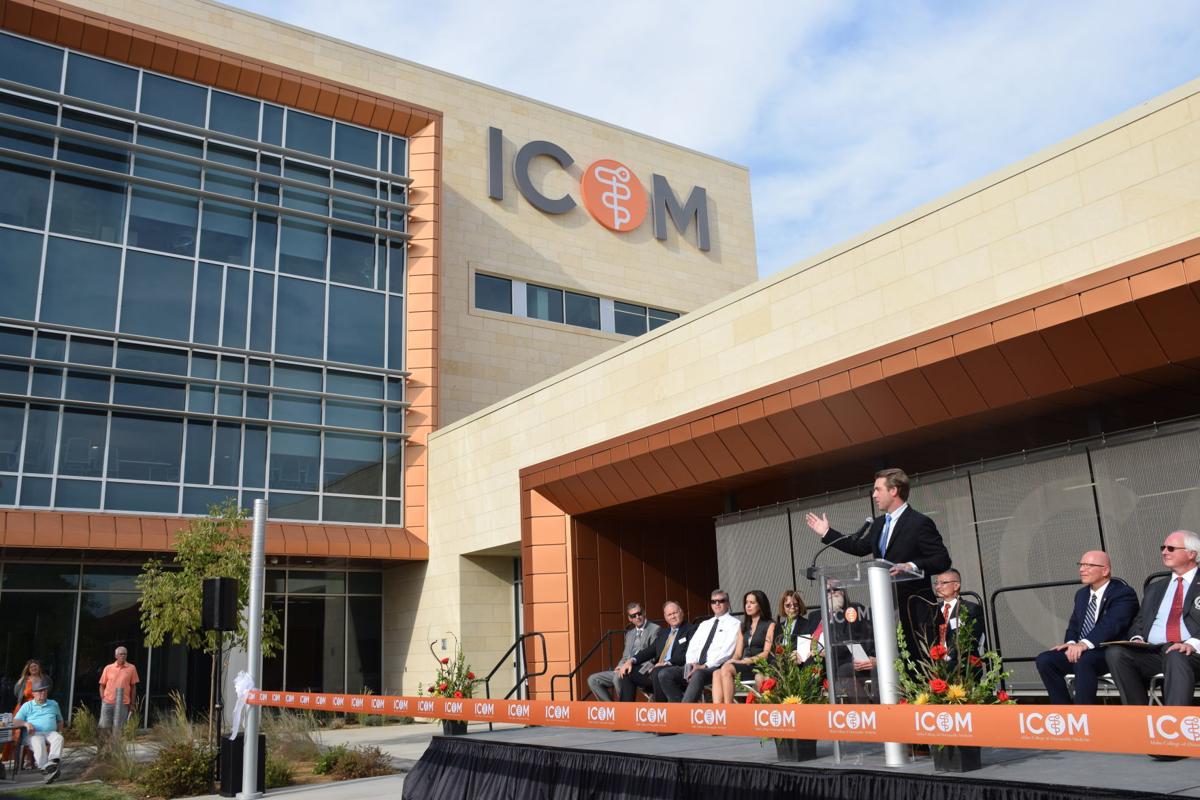 Daniel Burrell gestures toward the Idaho College of Osteopathic Medicine building during its ribbon cutting on Sept. 5, 2018. Burrell is the founder and main funder of ICOM.

Daniel Burrell gestures toward the Idaho College of Osteopathic Medicine building during its ribbon cutting on Sept. 5, 2018. Burrell is the founder and main funder of ICOM.

The Kansas Health Science Center will be Kansas’ first osteopathic medical school when it opens in 2022. The Wichita-based nonprofit will open with 80 to 85 students and expand to around 170 students in its initial years, Hasty said.

Hasty said his new position will be “very similar to what I did at ICOM.” Idaho ranks 49th for the number of physicians in the nation, Hasty said. Kansas is just a little better than Idaho, ranking 40th, he said.

“Creating this new medical school is going to make a big difference for the community,” he said, “especially for physicians in rural and underserved communities.”

Before joining ICOM’s founding team in February 2016, Hasty served as associate dean of Campbell University’s School of Osteopathic Medicine, where he worked to secure 383 new residency positions in the region.

Hasty said that while creating a new medical school is an incredibly hard job, he is glad it will make a big difference in Idaho’s communities.

“I’m going to miss Idaho,” Hasty said. “It will always have a special place in my heart.”